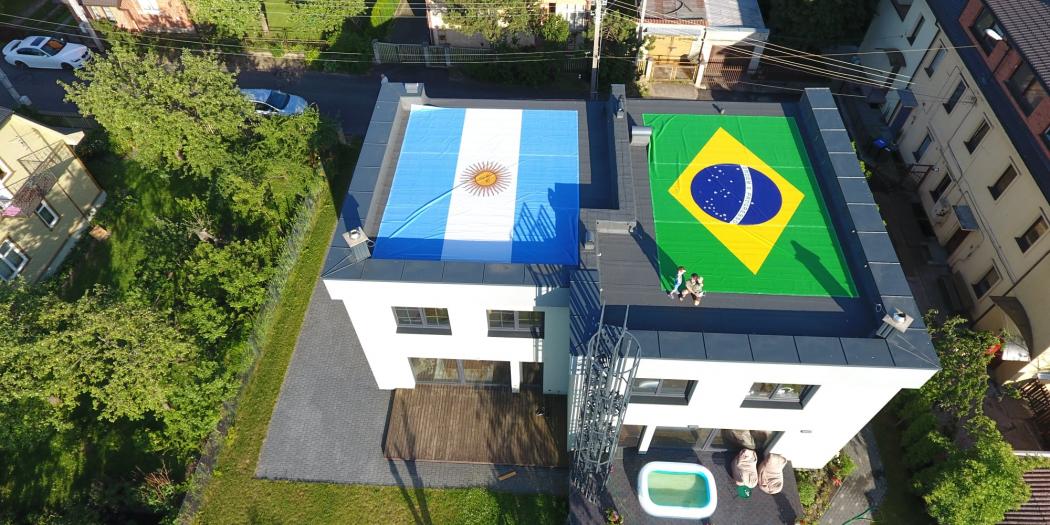 Hot air balloons in the summer sky has become a mundane sight in Lithuanian cities. In fact, Vilnius is one of the three European capitals, along with Helsinki and Stockholm, where hot air ballooning is still allowed. Actually, there is a number of flight routes all across Lithuania – Kaunas is no exception.

Not only can the population take a ride on a hot air balloon but also enjoy a beautiful dotted sight over their heads.

The residents of Žaliakalnis area in Kaunas have come with a brilliant idea on how to attract more hot air balloons with tourists to their area. They have decided to expose artwork on rooftops, such as drawings, sculptures, etc. telling the unique history of Žaliakalnis, which has become the first in Kaunas, and most likely in the world to invite hot air balloons hover over the area.

Currently, one of the houses has Brazilian and Argentine flags painted on its roof. The choice is not accidental: the flags are in honour of the historical areas of Žaliakalnis called Brazilka and Argentinka. Domas Sirgedas, the author of the idea, says it’s his first try to join things he loves – Žaliakalnis, great stories, and hot air balloons.

The historical quarters in Kaunas came into being back in 1930s. The name Brazilka could have derived from exceptional buildings reminding of Brazilian favelas, but this is only one of the explanations. Another legend has it that a ship that stopped by on its way to sail emigrants to Latin American countries failed to proceed. People got out of the ship, got scattered all across the slopes of Žaliakalnis looking for a place to settle. Argentinka, however, is associated with compatriots who returned to their homeland during the interwar period and settled in Žaliakalnis. Some say it’s true about Brazilka, too…

This initiative is one of many evidencing the creativity of Kaunas residents, who will soon be able to share it with Europe and the world, as Kaunas is about to become a European Capital of Culture.

The mission of Kaunas 2022 is to be a mediator and networker in this journey of change. The organisation aims at the union of cultural organisations and creators in the Kaunas region, Lithuania and Europe for a common goal: a process that reveals the diversity of European cultures and our local identity in it, which would involve local people and partners from various sectors . According to the organisers of Kaunas2022, ‘without the awakening of memory, the modern relationship with heritage, inclusion, respect for multiculturalism and otherness – we can’t make any progress!’. 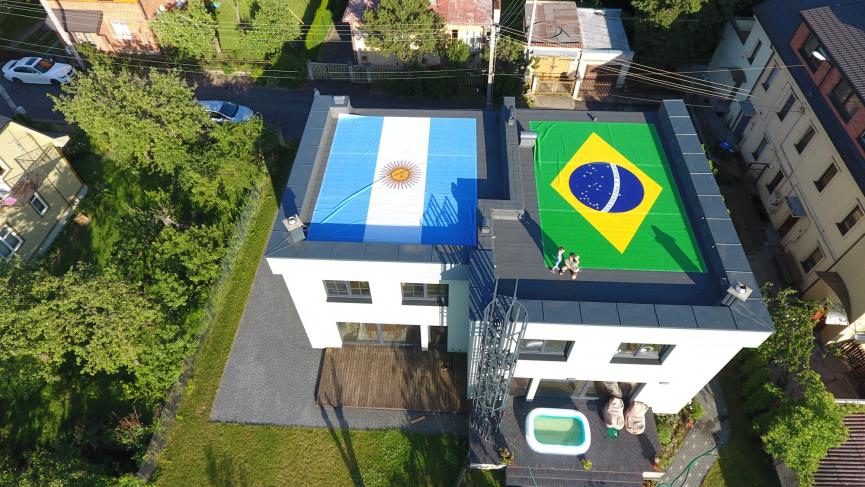