A new Tourist Route to Connect Historic Kaunas and Daugavpils

A trip along this historical route – a section of St. Petersburg – Warsaw postal route, connecting the second biggest cities of Latvia and Lithuania – is two hundred kilometres of stories, adventures and discoveries. 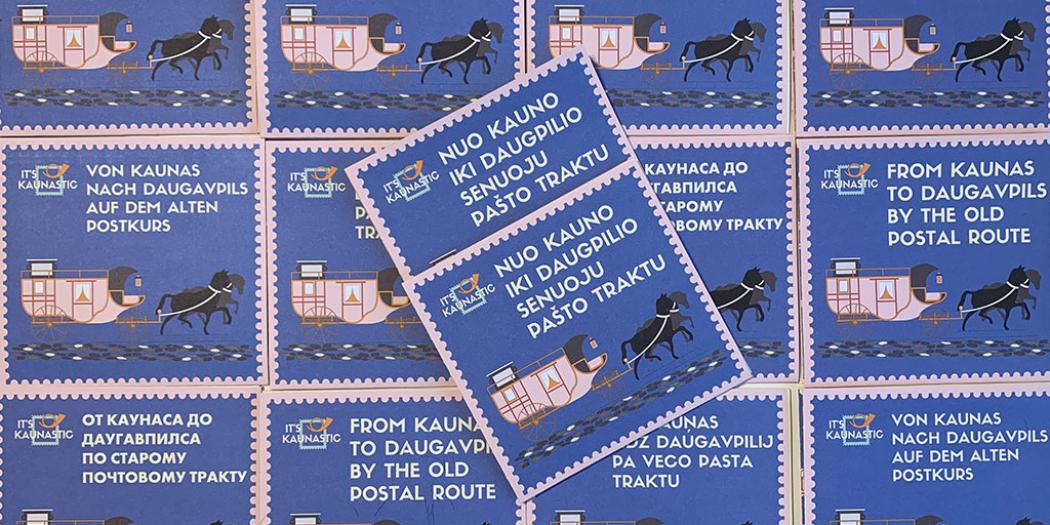 Kaunas today would not be Kaunas, Jonava would not be Jonava, Ukmergė – the current Ukmergė, and Daugavpils – the modern Daugavpils, if not for this infrastructure project, which promoted the development of cities and towns, exchange of goods and migration of people.

As early as 1826, it was decided to build a new road from St. Petersburg, the capital of the Russian Empire to Warsaw and the route was to pass through Daugavpils (Latvia) and Kaunas. Work was hampered by the uprising of 1831, so heavy traffic on the new postal route began in 1836.

A trip along this historical route – a section of St. Petersburg – Warsaw postal route, connecting the second biggest cities of Latvia and Lithuania – is two hundred kilometres of stories, adventures and discoveries. We do not encourage travelling at this very moment, but when the global pandemic situation is under control, this might become a fun adventure.

During your trip – be it real or imaginary – you’ll visit not only the  horse post station complexes along the route, but also a checkpoint building; you’ll also be able to examine a section of historical pavement in a town that was once called Novoaleksandrovsk. You’ll also be able to compare the ambitions of Kaunas and Daugavpils fortresses.

The nicely illustrated leaflet “From Kaunas to Daugavpils by the old postal route” was published in Lithuanian, Latvian, English and Russian; the bonus map is also available in German. When the quarantine is over, you’ll be able to get a free copy at the Kaunas IN Tourism Information Centre (Rotušės a. 15, Kaunas); meanwhile, we invite you to enjoy a digital copy.

This publication has been produced with the financial assistance of the European Union. Project “Cross-border Increase in Regional Cultural Heritage Tourism (CIRCUIT)” No. LLI-326 is funded under the Interreg V-A Latvia–Lithuania Cross Border Cooperation Programme 2014–2020. The aim of the project is to promote cross-border tourism in Lithuania and Latvia by preserving cultural heritage and publicizing tourism services.