All Eyes on Kaunas: Lithuanian City Revealed the European Capital of Culture 2022 Programme

After twelve years of anticipation, the official title of European Capital of Culture is back in Lithuania. The country’s second-largest city Kaunas and the surrounding Kaunas district are ready to become one big European stage next year.

The immersive formula for the big year includes at least 40 festivals, over 60 exhibitions, more than 250 stage events (50+ world premieres!), and a number of concerts exceeding 250. A press conference revealed key events, the most important names and many more exciting details for the whole continent to follow. Held in Kaunas, the event was accompanied by teams of Esch in Luxembourg and Novi Sad (Serbia), the other two European Capitals of Culture ready to shine in 2022. 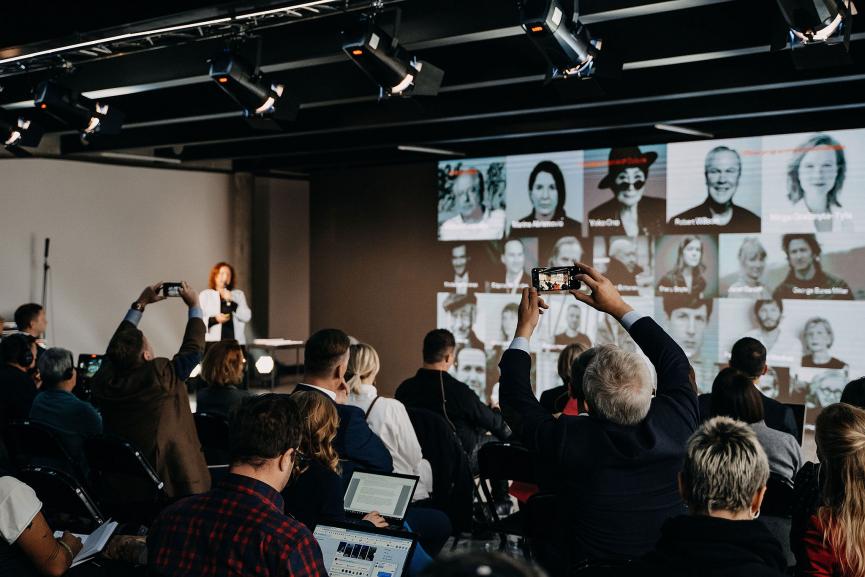 It has been five years since the city of Kaunas and the surrounding Kaunas district have started preparing for 2022. The truth is, the ambitious international project has already proven its success. The change has taken place, and the communities that make up the face, body and soul of Kaunas have activated. Much of the European Capital of Culture program aims to celebrate the awakening and write a new chapter of the history of the area.
Dozens of unique small towns surrounding Kaunas, as well as lush nature and rich traditions that go back hundreds of years, are what complement the urban network within the city limits. At the same time, the international title has helped the rural communities meet international artists and discover new ways to express their identity. 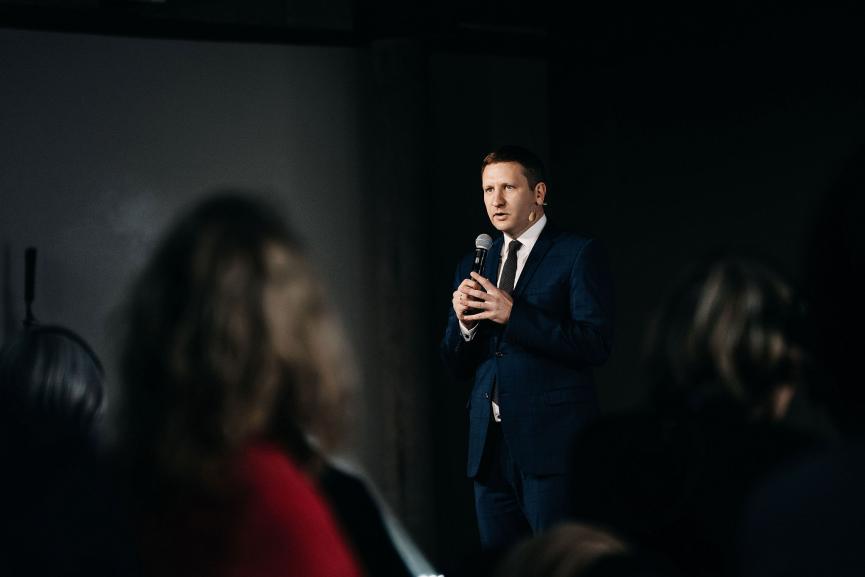 A Community Project Above Everything Else

The theme of Kaunas 2022 is a grand yet unified dama that gives meaning to the road to the awakening of the city and its people. It’s the biggest co-creation festival of all since day one – the majority of the time, ideas and finances is dedicated to bringing as many people closer to culture as possible. It’s also an educational project, as hundreds of culture professionals and enthusiasts and representatives of the young generation have already gained new skills, guaranteeing the project’s continuity and quality future for Kaunas and Kaunas District.

What also makes Kaunas 2022 unique is creating a new myth for the city to help it change its path. The Mythical Beast of Kaunas – a project designed to create a unifying narrative for the city – will unfold in next year’s great mythical trilogy comprised of the Uprising (January 22), Confluence (May 20), and Treaty (November 25–27). 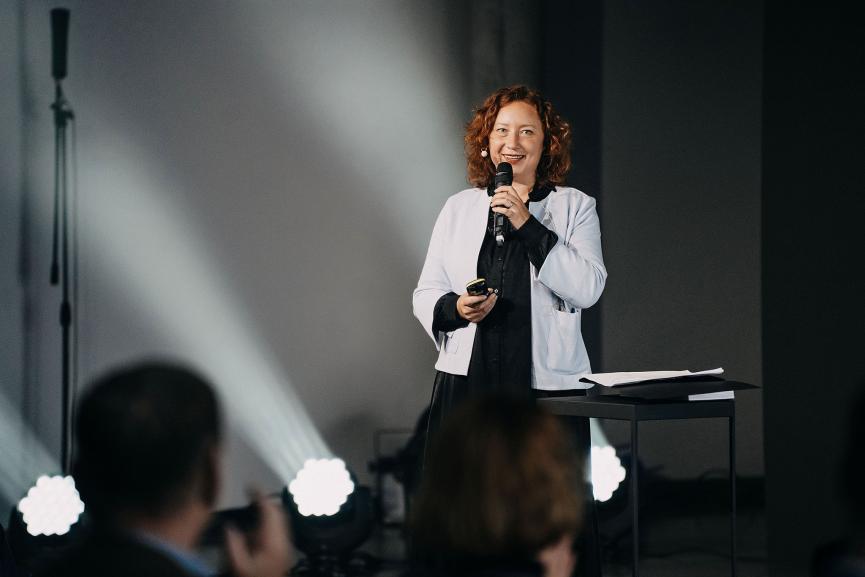 The three main events are co-created by artists from Lithuania and abroad; they incorporate the ideas of historical personalities from Kaunas into the new work – names like George Maciunas and Emmanuel Levinas. Among the programme participants are Philip Miller, William Kentridge, Marina Abramović, Yoko Ono, Jenny Kagan, Robert Wilson, Mirga Gražinytė-Tyla, Antony Polonsky, Oskaras Koršunovas, Modestas Pitrėnas, Edgaras Montvidas and many others. It’s important to stress each branch of Kaunas 2022 has its own superstars, some of whom are still on their way to international fame – Kaunas and Kaunas District, as one big European stage, will become their trampoline.

Highlights of the Programme

Annual festivals already launched by Kaunas 2022 will reach their culmination, such as the International Day of Happiness (March), the European Capital of Culture Forum (May), Contemporary Neighbourhoods (all summer long in the towns of Kaunas district), the European Youth Festival (July), the international performing arts festival ConTempo (August), Fluxus Festival (September), landscape design festival Magenta (autumn), the CityTelling Festival, which reconsiders the multiethnic memory of Kaunas and the people who built it every October, and the Kaunas Design Event in celebration of its title as a UNESCO Creative City of Design (October). Talking about UNESCO, the Kaunas 2022 program called Modernism for the Future invites the residents and guests of the city to embrace the rich modernist architecture network and support its path to the World Heritage List.

Among the highlights of the event schedule in 2022 are the international exhibition of up-and-coming contemporary artists “MagiC Carpets Landed”, the 13th Kaunas Biennial “Once Upon Another Time”, an exhibition by William Kentridge, one of the most influential and most wanted international artists of today, a retrospective by the cult figure of New York art scene Yoko Ono, a show by the global superstar Marina Abramović, as well as works and performances by other fantastic names, often cooperating with each other and local artists or communities. New and very much anticipated events such as World Litvak Forum are also confirmed for 2022. 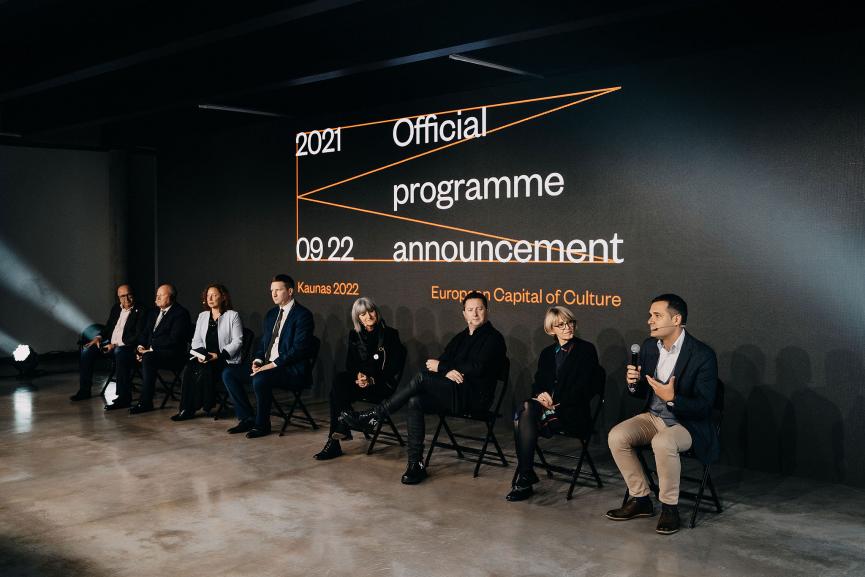 Cultural Bridges to the World

Artistic interventions, including two premieres, spiced up the mood of the press conference. Kaunas dance theatre ‘Aura’ presented an excerpt of ‘Pluto’, a new show depicting a journey through one’s identity by Matthew Dane Livingston.

Another premiere that received much attention was a new song ‘City Sisters’ by Lithuanian singer and Kaunas 2022 ambassador Jurga Šeduikytė and South African songwriter Kgomotso Le Roux. ‘City Sisters’ tells a story about two women in two countries – and Le Roux is singing her part in the Zulu language.

The cultural bridges built by the project of Kaunas 2022 helped even more creative ideas connecting Lithuania and SA to be born. The list includes an exhibition by William Kentridge, one of the most prominent contemporary artists whose roots are in Lithuania, coming to Kaunas next year. The South African artist explores the topics of violence, empathy and racism in his works – similar themes are reflected in the song ’City Sisters’, which will become a soundtrack to the exhibition. The premiere of the song’s music video will be held in both Kaunas and Johannesburg. 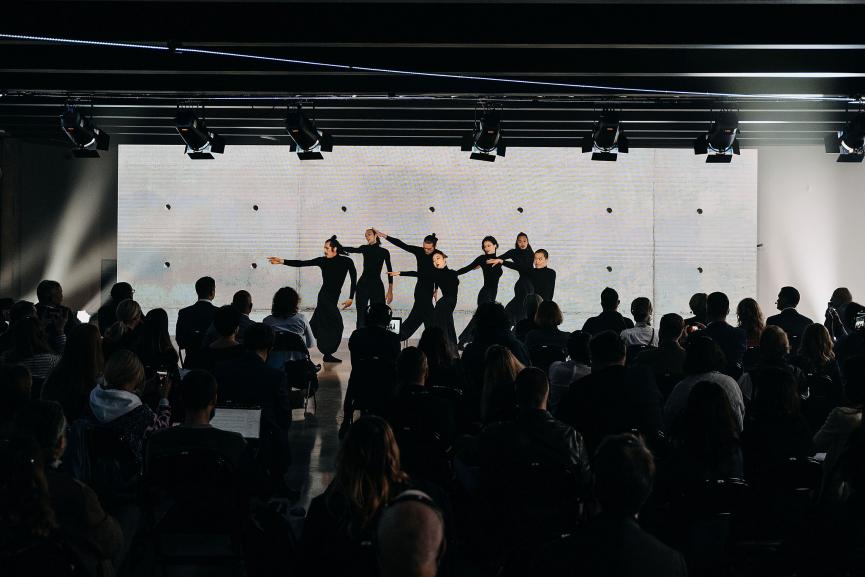 The press conference in Kaunas is followed by the European Capital of Culture forum on September 23–24. Both live and online, the fourth international forum is dedicated to in-depth discussions and evaluation of the programme for next year. Curators and partners of the six main branches of Kaunas 2022 will present the vision for the city and the results of their five-year work, including the most significant achievements and the most important lessons that all influenced the final programme. Of course, it will be time to talk more about the key events in next year’s calendar.