Not only Kaunas is called a museum city, it’s definitely also the city of house museums. In Lithuanian, we often call the authentic places of residence of famous personalities ‘memorial museums’. 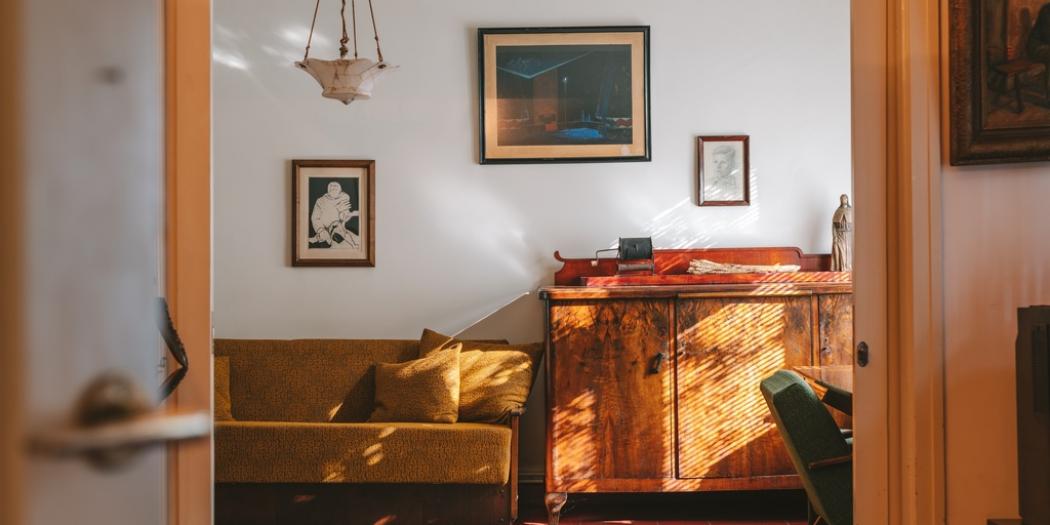 Not only Kaunas is called a museum city, it’s definitely also the city of house museums. In Lithuanian, we often call the authentic places of residence of famous personalities ‘memorial museums’. Flats and houses, manors and villas – the cultural map of Kaunas is full of places those interested in authentic (mostly interwar, in this case) interiors and historical personalities that helped building the city and the country. Shall we take a tour?

Kipras Petrauskas was the superstar of interwar Kaunas; the family of tenor opera singer (his brother, too) lived in a fancy house in the street now named after him. The house still exists today and inside you can find out about the fantastic and glamorous history of Lithuanian music and theatre. 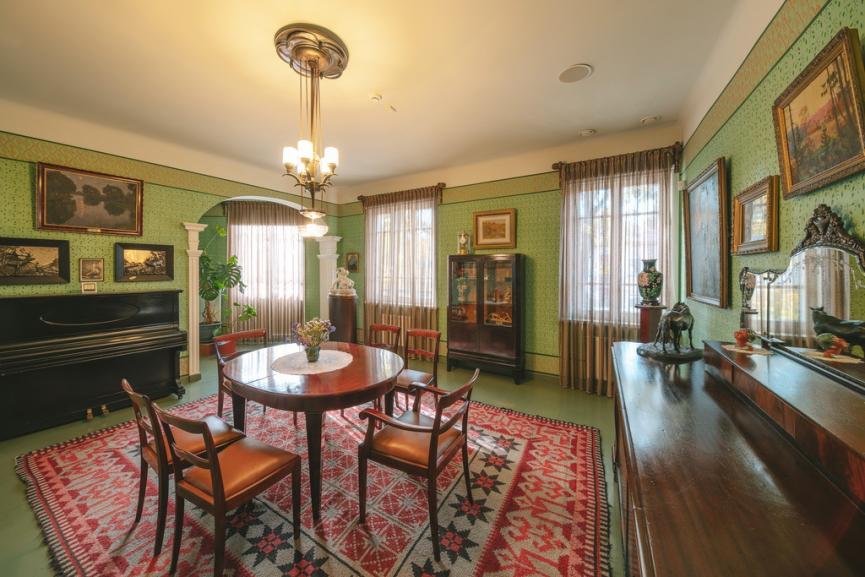 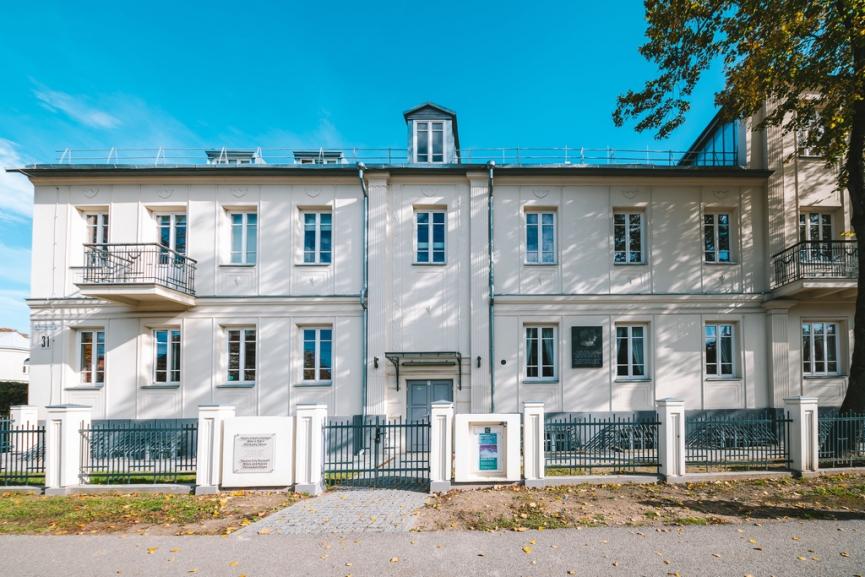 The wooden villa on the outskirts of Žaliakalnis was designed by the renowned interwar architect Feliksas Vizbaras (he did the Central Post Office, too, among other buildings). It’s where composer Juozas Gruodis and his wife lived – the museum staff will tell you all about the exciting couple. There’s an apple tree in the garden planted by the composer. Call before you travel there, as it’s only open by appointment. 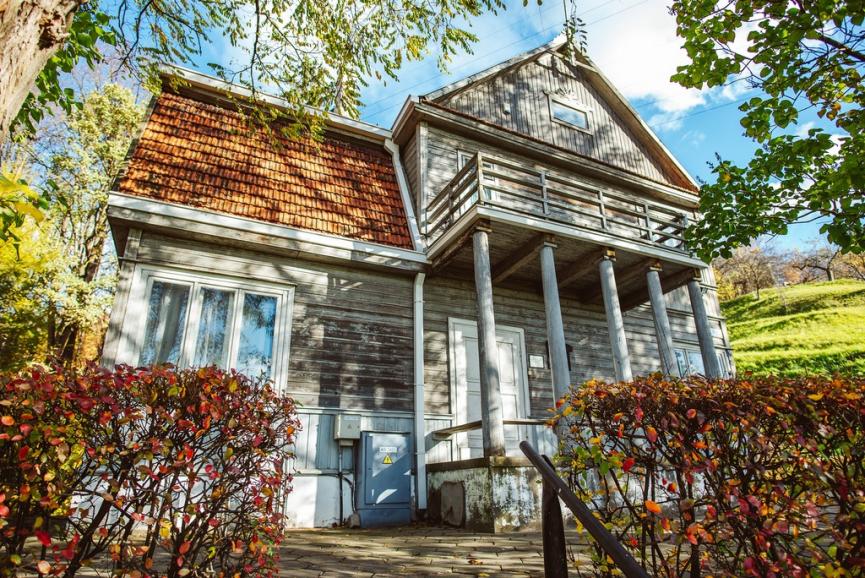 One of a kind, the devils’ museum sports a collection of over 3,000 devil creatures from all over the world. It was started by the painter Žmuidzinavičius, whose cozy interwar house you can visit next door. We highly recommend that you book a guided tour of the museum. 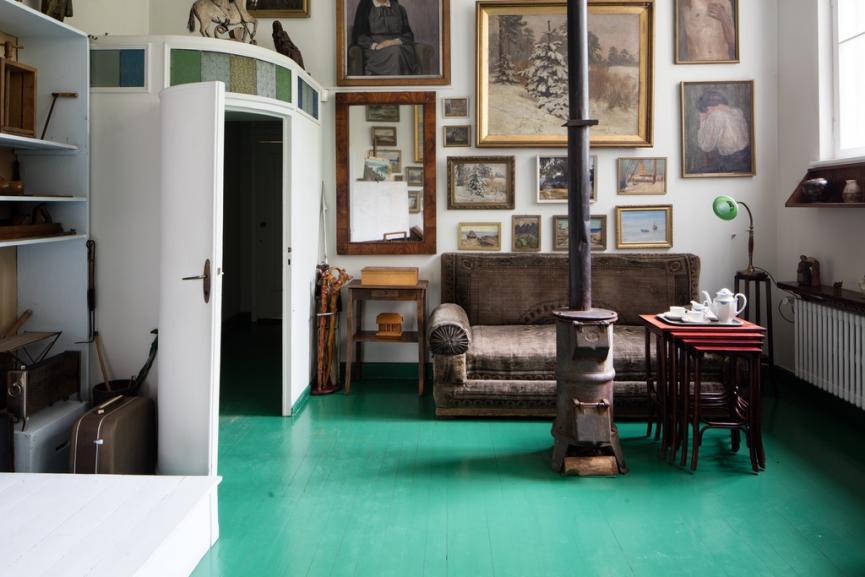 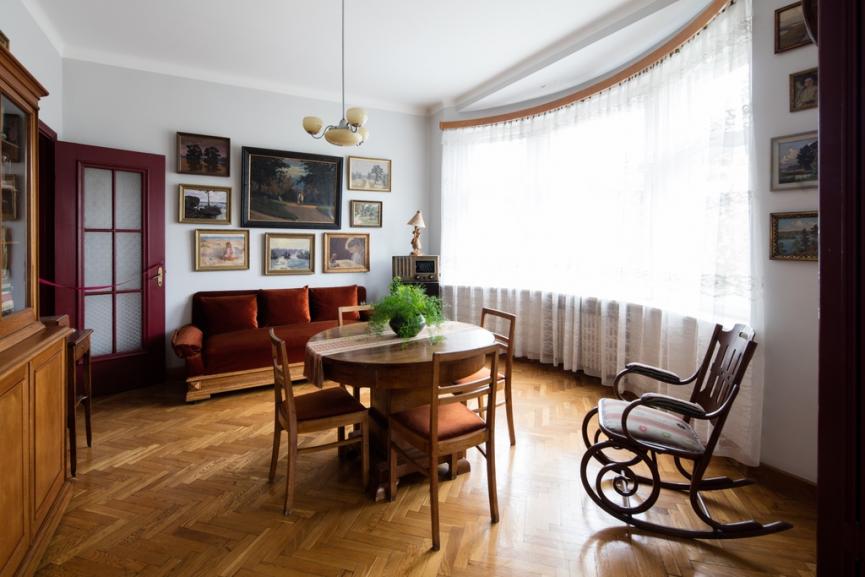 A. AND P. GALAUNĖ House-Museum

The house of Galaunės – the first CEO of the Čiurlionis museum and his first wife, a singer – was the place to be for the Kaunas elite back in the swinging interwar period. Today, it’s a must-see for those into art deco. Currently, it hosts an extensive exhibition about the house’s architect Arno Funk. 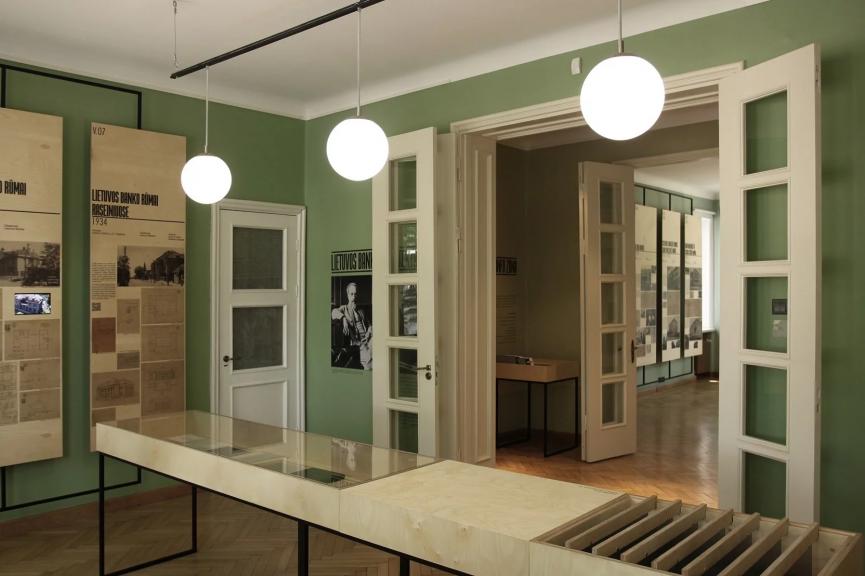 The bohemian Orient-inspired flat of the scenographer and the soprano singer was once the hotspot of the Lithuanian art elite. The dedicated museum staff will tell you all about it and the fascinating interior of the apartment that remains pretty much as it was when this couple lived in it. 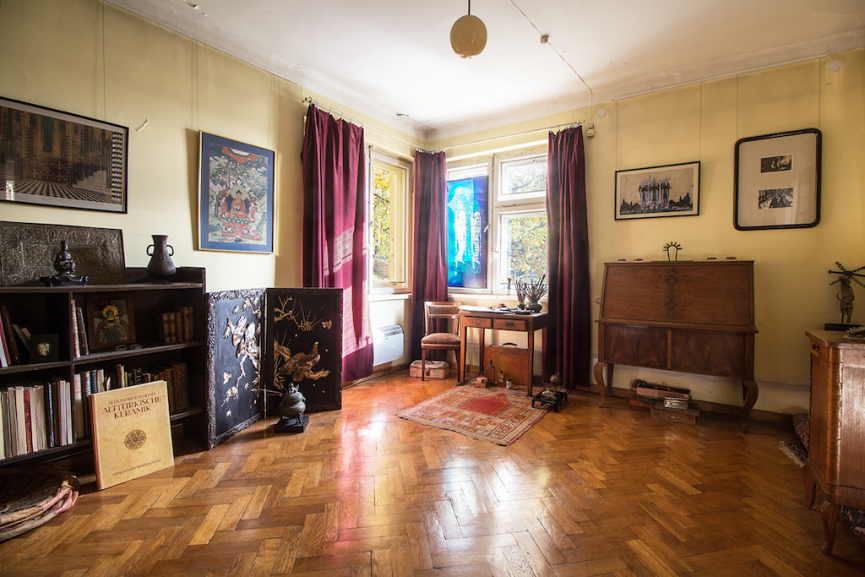 The sculptor of the Freedom statue and a pioneer of professional sculpture in Lithuania built himself a home right next to the Kaunas Art School where he taught. This house on Zikaras street is today a cosy little museum inseparable from the kaunastic vibe of the Owls Hill. Currently, the house is undergoing the last touches of much-needed renovation and will be open later in 2021. This photo is a few years old! 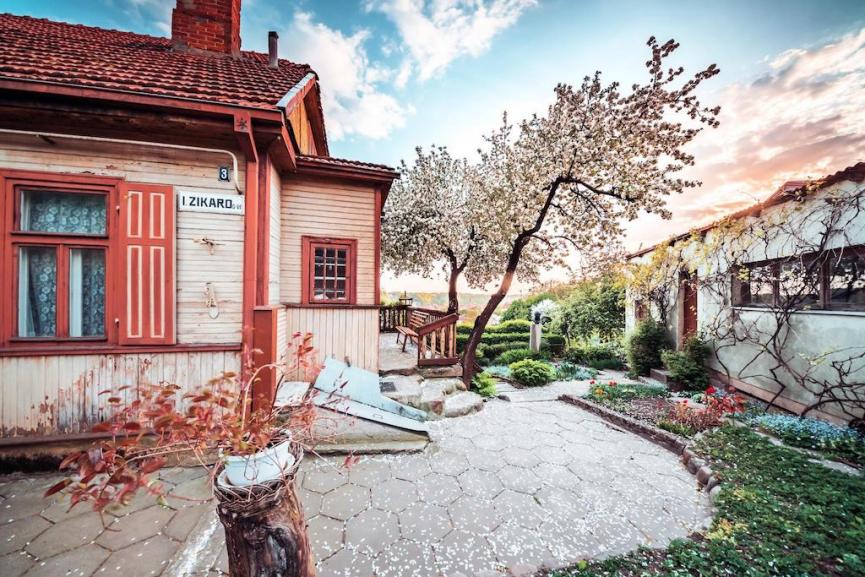 “All of my furniture, books, painting and everything else with at least some historical value should be moved to a museum bearing my name,” requested Maironis, a priest and one of the best-known romantic Lithuanian poets. His palace on the Town Hall Square consequently became the museum he wanted as well as becoming the museum of Lithuanian literature. Inside here, the newly renovated flat of the poet is an interesting example of early 20th interior design. Visit the garden too, if the weather permits. 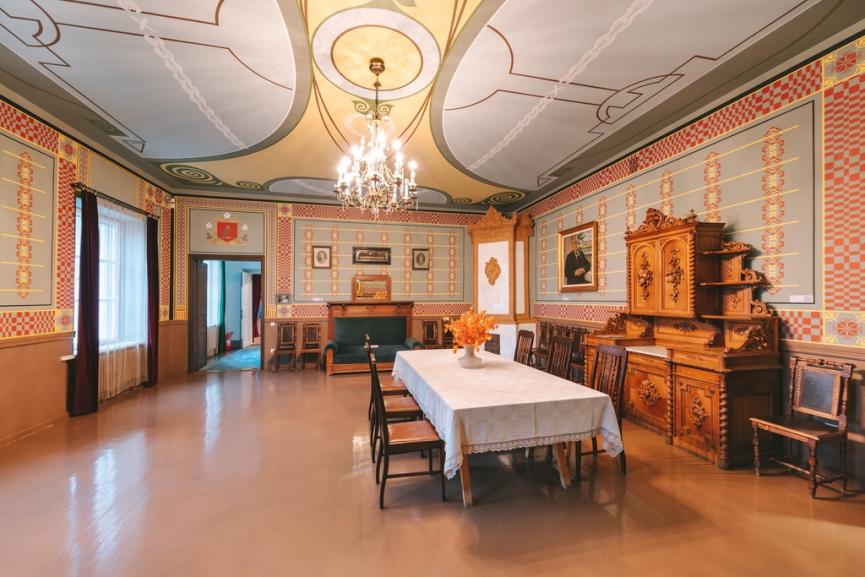 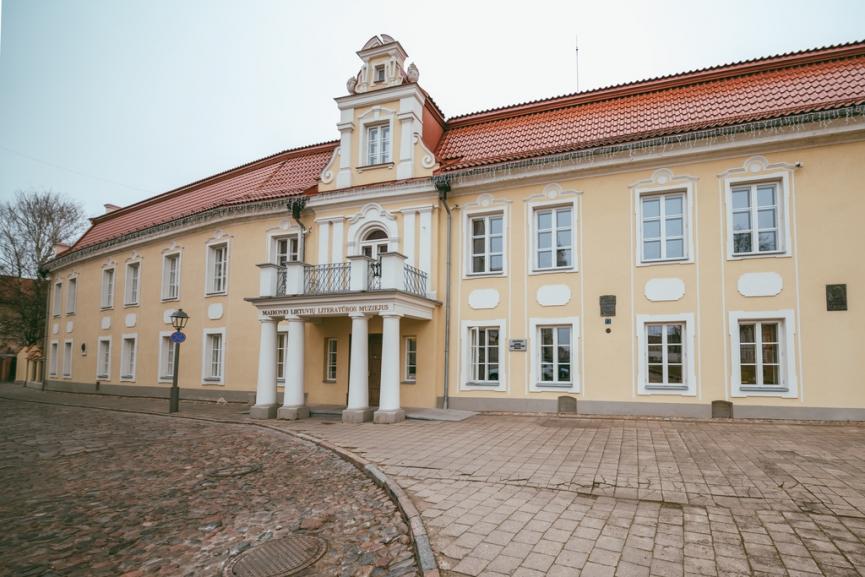 The legacy of Salomėja Nėris is a much-discussed topic, as she was one of the leaders of the cultural elite that helped establish communism in Lithuania. Nevertheless, it’s quite inspiring to visit the house of the interwar poet, built by her husband, the sculptor Bernardas Bučas, on the outskirts of Kaunas. Take a notebook and a pen with you – divine inspiration may well strike! 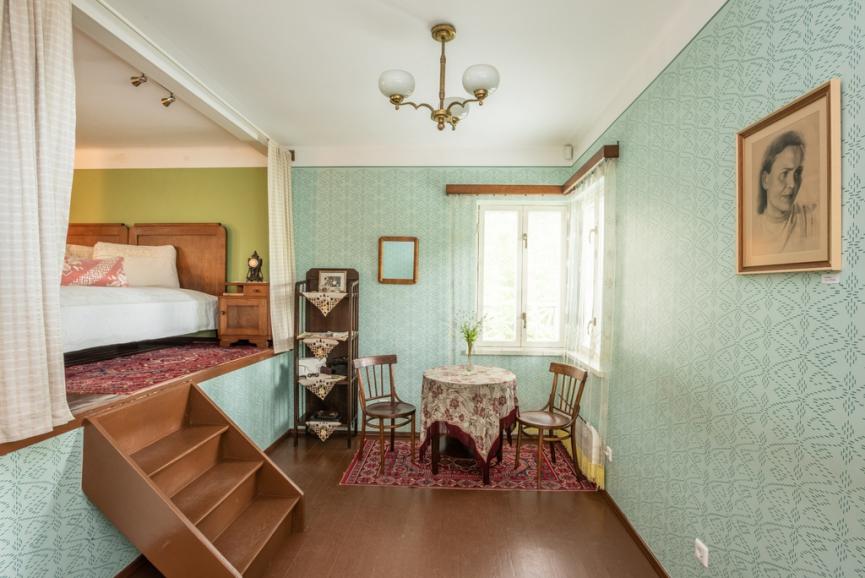 The name ‘Grušas’ is similar to the word ’pear’ in Lithuanian, which is how the writer would sometimes sign his texts. The pioneer of Lithuanian tragedy and tragicomedy juggled many forms of literature and, in 1936, even designed himself this house in Žaliakalnis. Today, it’s part of the Maironis Lithuanian Literature Museum network. 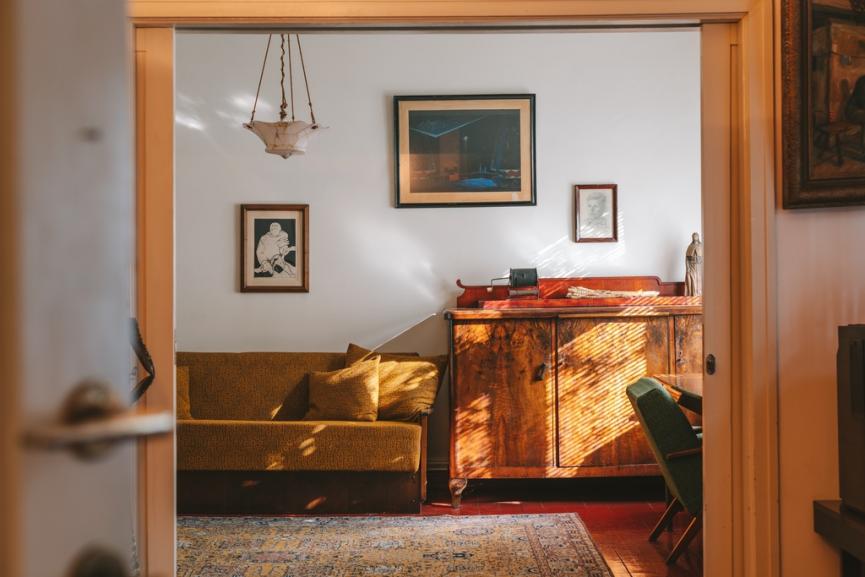 The important observations of Lithuanian society written by the interwar priest Vaižgantas, seem as fresh today as the day he wrote them. The yellow canaries kept by the museum staff are exactly the same type as those kept by the priest when he lived in the flat more than 90 years ago! 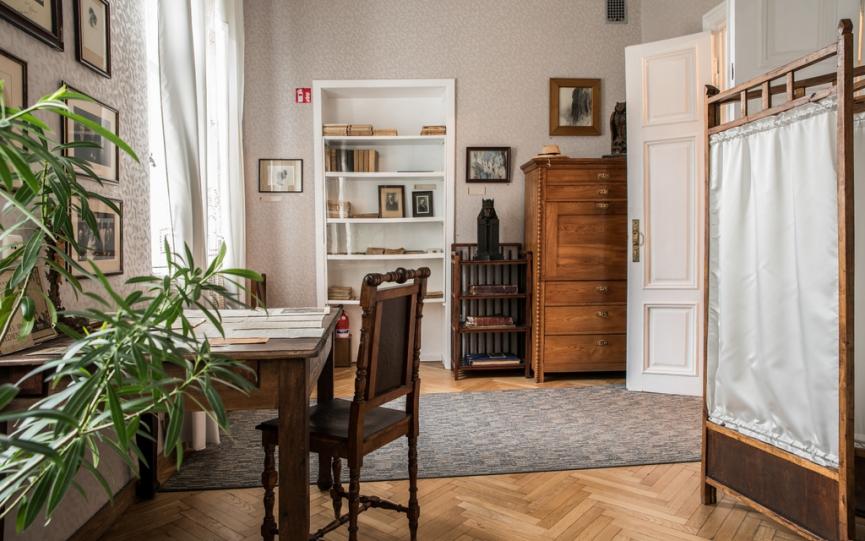 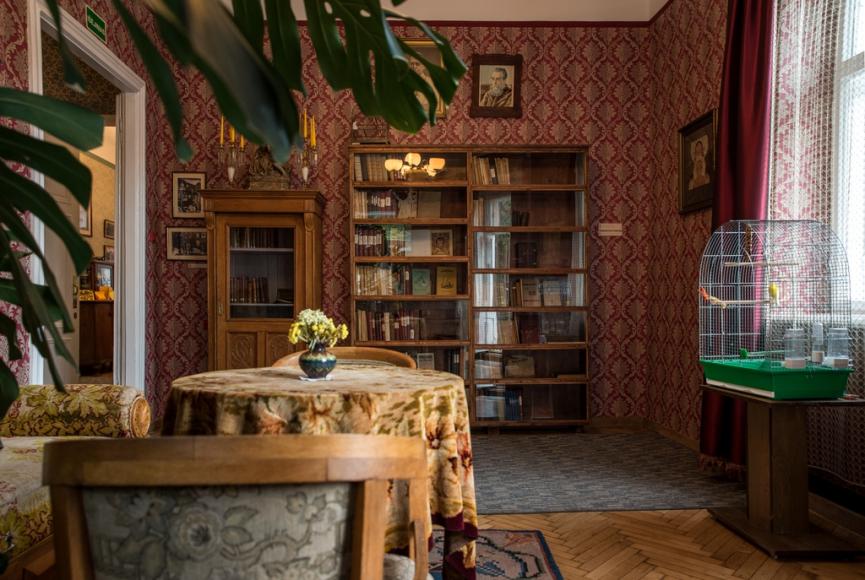 The street where the author of “The Forest of the Gods” (a memoir of Stutthof concentration camp, available in English!) used to live was named after him after the writer’s death. His family house is now a museum. We love the authentic furniture designed by famous Lithuanian artist Jonas Prapuolenis. 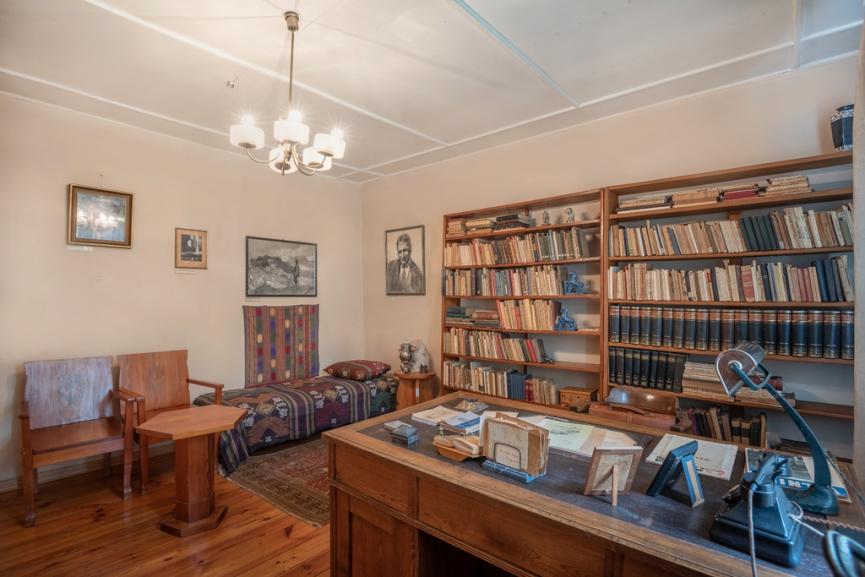 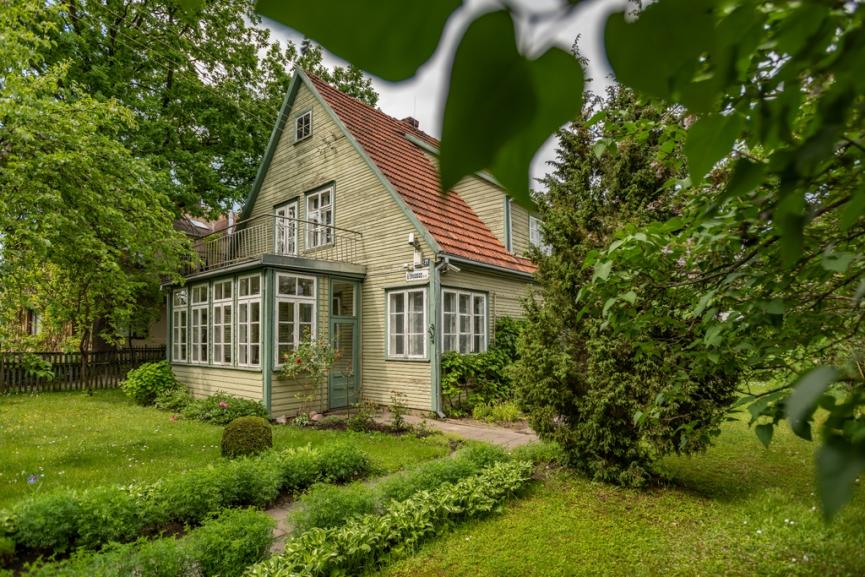 The former bishops’ palace was, as the name suggests, the home of many bishops of Kaunas. The last one to reside here inside a modest flat full of paintings and books was Vincentas Sladkevičius, who died in 2000. The palace also hosts an exciting exhibition dedicated to ‘The Chronicle of the Catholic Church in Lithuania’, which was the longest-running and best-known self-published periodical during the Soviet occupation. 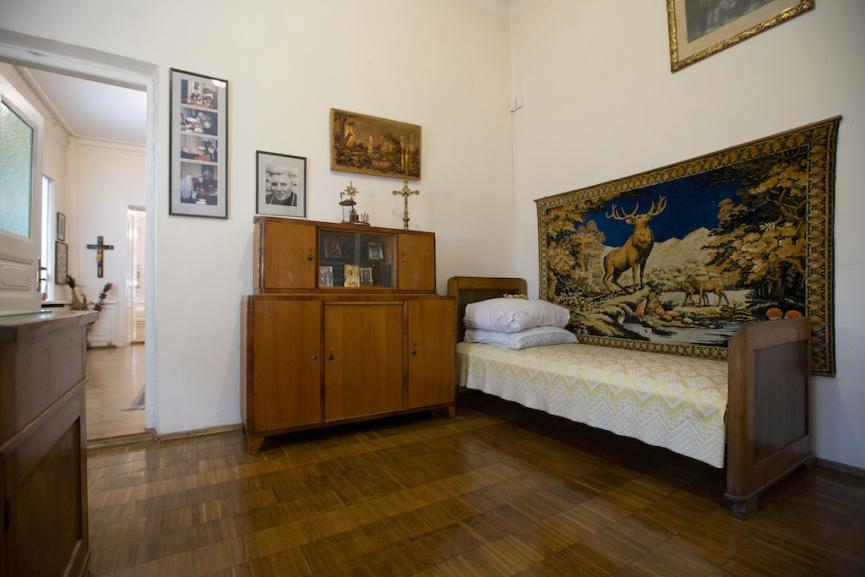 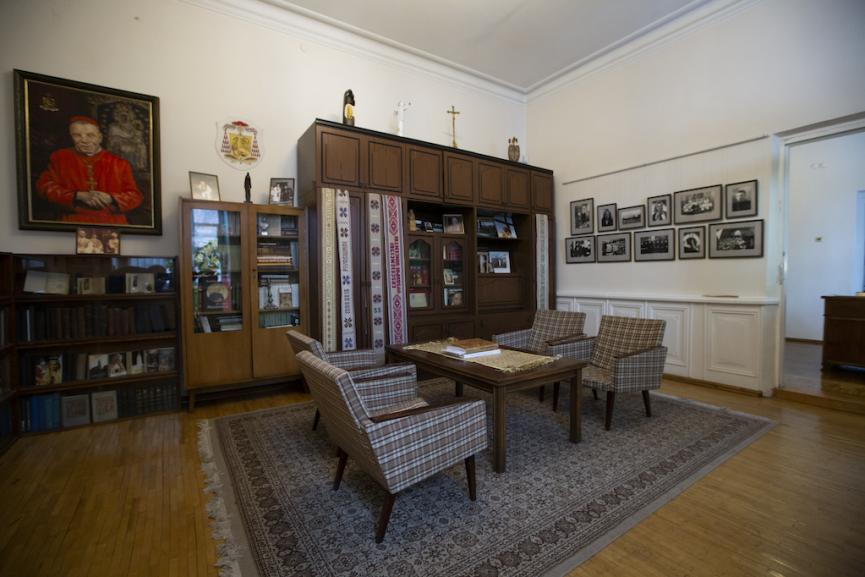 Museum of S. and S. Lozoraičiai

The Vytautas Magnus University rectorate building once hosted the Lithuanian Cabinet of the Ministers. The Minister of Foreign Affairs, Stasys Lozoraitis, lived here with his family in 1935–1939. A permanent exhibition reflecting the history of Lithuanian diplomacy was recently opened in its historic halls. While not officially a house museum, the authentic modernist villa in Žaliakalnis attracts thousands of Japanese and Israeli visitors every year. This is where the Japanese diplomat Chiune Sugihara resided and issued life visas for war refugees, and together with Dutch diplomat Jan Zwartendijk, he saved thousands of lives. Today, the house is a small museum that tells the story of Sugihara. 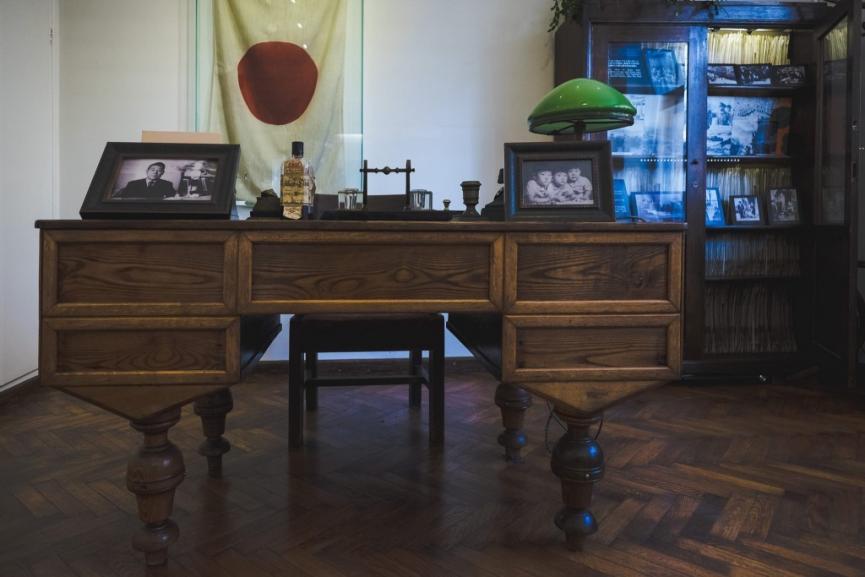 The flat in a beautiful art deco house on the intersection of two interwar-vibe streets is not a house per se, as it serves as an exhibition space of an epoque rather than that of one family. Nevertheless,  the apartment has recently been thoroughly renovated. The furniture and interior accessories have come from various places in Lithuania and abroad; they all remind us of interiors of middle-class Lithuanians of the interwar era. The private museum by Karolis Banys and Petras Gaidamavičius was opened in Summer 2021 and can be visited with guided tours only. 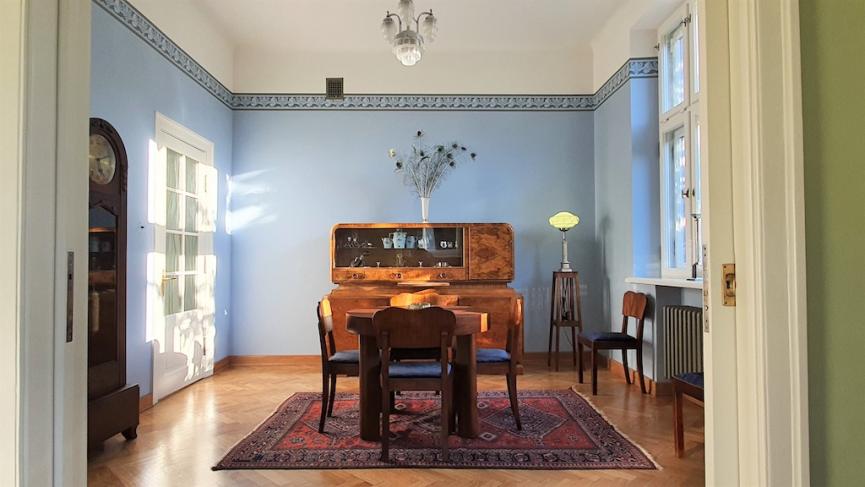