Back on Track: Žaliakalnis Funicular

After a year of maintenance, the historical means of transportation again connects downtown Kaunas and Žaliakalnis. 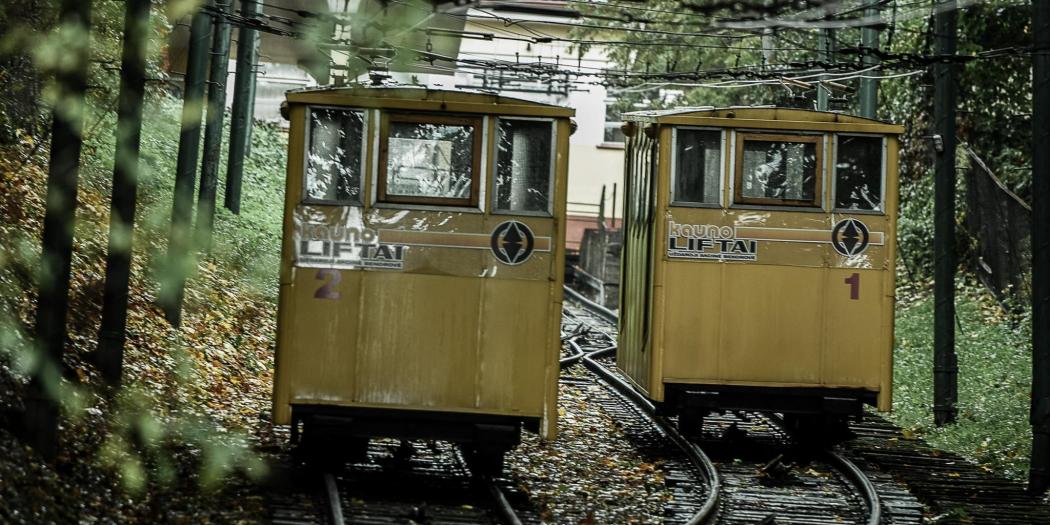 Last year, a technical incident paused the Žaliakalnis funicular connecting downtown Kaunas and Žaliakalnis microdistrict. As the historical means of transportation has just started operating again, we’ve decided to tell you a story about the funicular(s) in Kaunas.

Kaunas is the only city in Lithuania which has this means of transport, to begin with. The funiculars, both the first and one of the oldest ones in Europe (in Žaliakalnis) and the newer one (in Aleksotas) have been used as a means of transportation, an entertainment and an accent for guests staying in the city for almost 100 years now.

In 1927, as Kaunas grew rapidly, a decision was made to install funiculars, thus simplifying the connection with those parts of the city further from the centre. This was an important, distinctive and significant symbol of modernisation. The establishment of the funicular accelerated construction works in Žaliakalnis, which was a quieter neighbourhood at the time. The cable lift was established in precisely this location because not many people would have used the stairs to climb up the hill; thus it was concluded that it was difficult for them to do.

The Žaliakalnis funicular began operating in 1931 with a capacity of 36 passengers in two separate cars. At a speed of 2 metres per second, the cars take passengers between Žaliakalnis and V. Putvinskis Street simultaneously in both directions in just over 90 seconds. By the way, it was planned that the funicular would operate only in the morning and in the evening when people go to and return from work and that only one of the cars would be for passengers, the second being loaded with stones as a counterbalance. However, the popularity of the funicular exceeded all expectations. This can be illustrated with a quote, found in an issue of Lietuvos aidas (Echo of Lithuania) published in November 1931: Even when the funicular is broken, many people forget about it, or they come to the funicular unknowingly, and then go up the road of the funicular or go along the mountainside.

In the years of prosperity in the temporary capital, it was possible to go up the hill late into the evening. The original plan was to have even more funiculars, on Vytautas Hill, for example, so that more people could conveniently reach the S. Darius and S. Girėnas stadium. In 1935, however, only the cable lift to Aleksotas was built. The Aleksotas funicular is also undergoing maintenance at the moment and should begin operations before the end of May.

In 2015, the European Commission awarded 44 objects of Modernist interwar architecture in Kaunas the European Heritage Label, among them the funiculars. 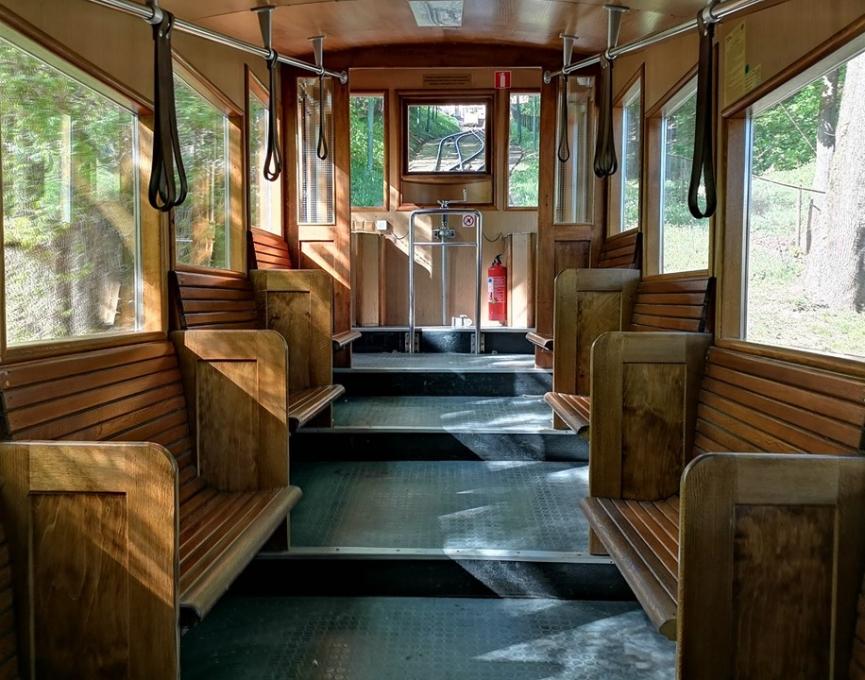 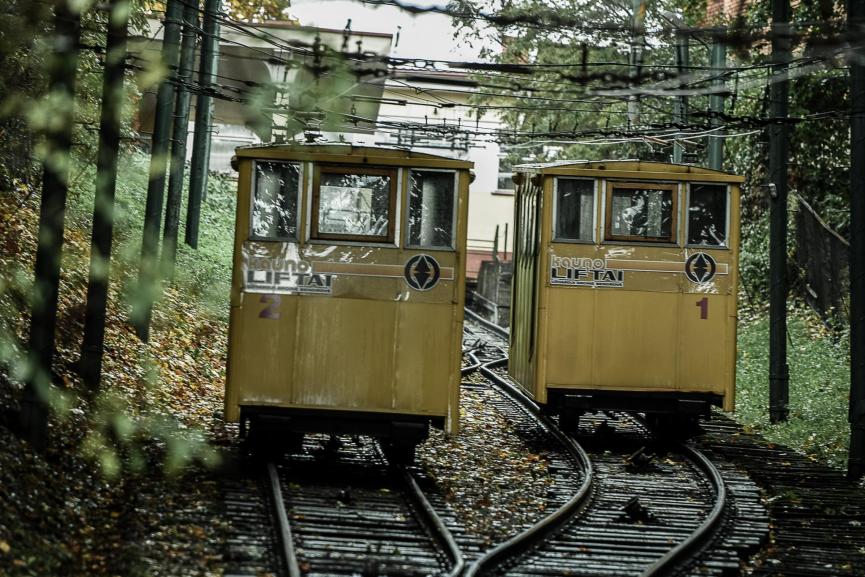 Don’t rush when travelling to the Žaliakalnis funicular on V. Putvinskis Street. Enjoy your journey. During the interwar period, diplomatic missions of many countries were located in the modernist buildings that line the street. There’s a lot of street art too, plus several museums, the Kaunas Artists’ House and Vytautas Magnus University.