The Independence Day is one of the most important public holidays in our country. As Kaunas is celebrating the centennial of its status as the temporary capital, the celebrations this year will be even more special. 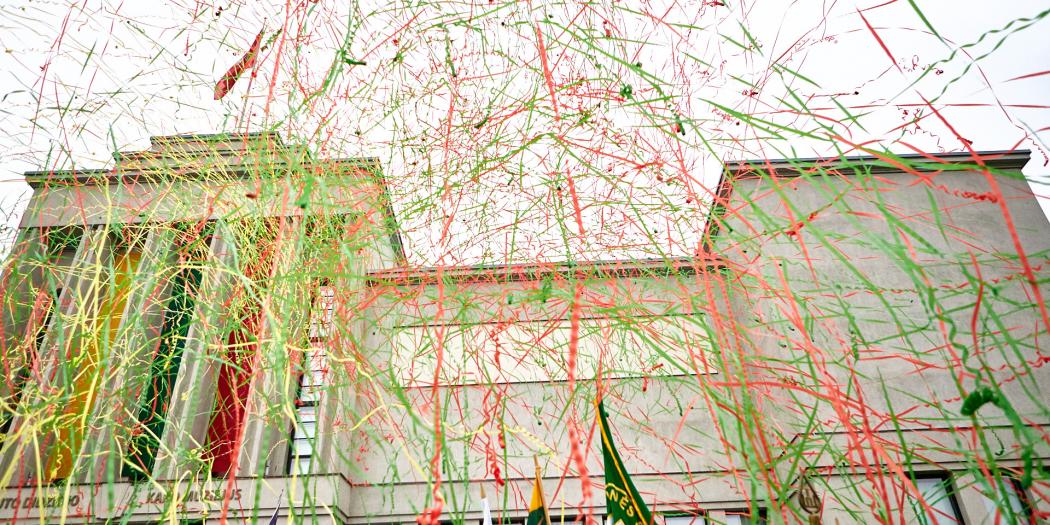 101 years ago, on 16 February 1918, twenty ambitious men gathered in Vilnius, Lithuania (then ruled by Germany) and signed the Act of Independence of Lithuania. It took a little bit of time for essential neighbours to recognise the fact, and, due to extreme international circumstances, the capital of Lithuania had to be moved to Kaunas in 1919.

February 16, or the Lithuanian Restoration of the State Day, or, simply put, the Independence Day, is one of the most important public holidays in our country. As Kaunas is celebrating the centennial of its status as the temporary capital, the celebrations this year will be even more special. Kaunastic, it is!

Here’s a full kaunastic itinerary showing how and where you can – and are more than welcome to! – join the celebrations on February 16th.

The celebratory Saturday will kick off with a holy mass. You can either join the one at the Kaunas Christ’s Resurrection Basilica in Žaliakalnis or the St. Michael the Archangel Church (Soboras) in Laisvės alėja.

Do you like jogging? If yes, join a crowd of enthusiastic athletes that not just run, but do in patterns. That’s right – they will run in the shape of Pillars of Gediminas, one of the earliest symbols of Lithuania and one of its historical coats of arms. In fact, you are welcome to do it anywhere around the world, just make sure to capture the route with an app!

A colourful parade of students, pupils and various Kaunas-based organisations will march from the Kaunas Christ’s Resurrection Basilica to Vytautas the Great War Museum. 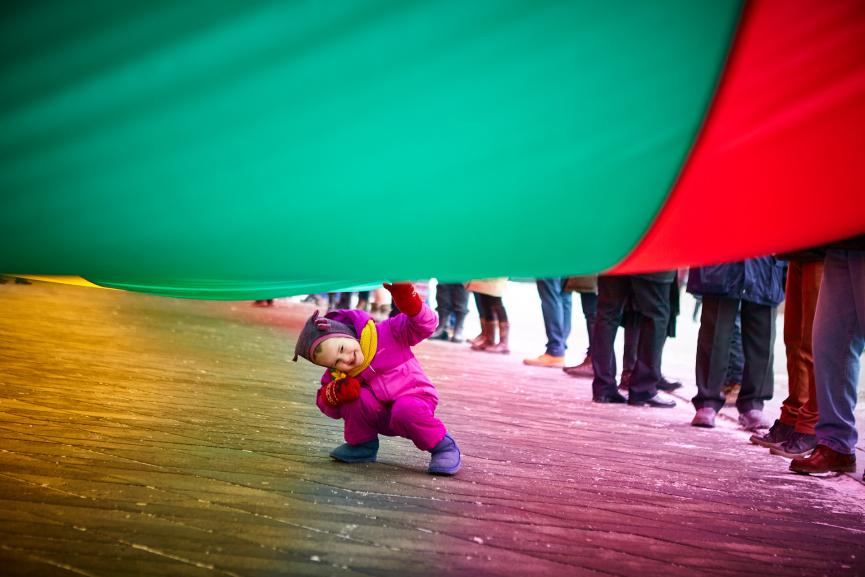 A carillon concert at the Vytautas the Great War Museum bell tower will officially invite everyone to start the celebrations at the museum garden.

The festivities will include raising the flag of the Order of the Cross of Vytis and the swearing ceremony of the young soldiers, as well as paying the respect to the Unknown Soldier and the fathers of our nation, busts of which are aligned at the garden. The magnificent Lithuanian-Colombian musician Jurgis Didžiulis and one of the most-loved funk bands Saulės Kliošas will continue lifting the spirits of Kaunasians and their guests. 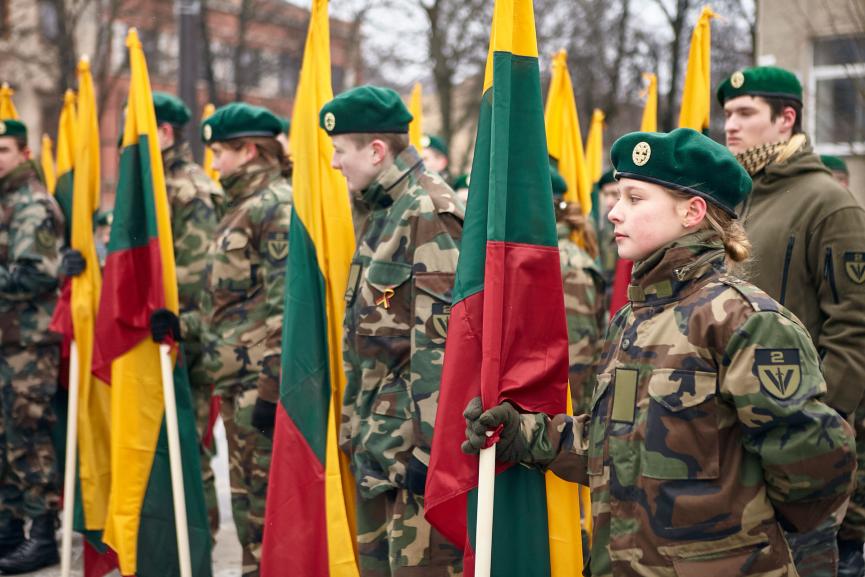 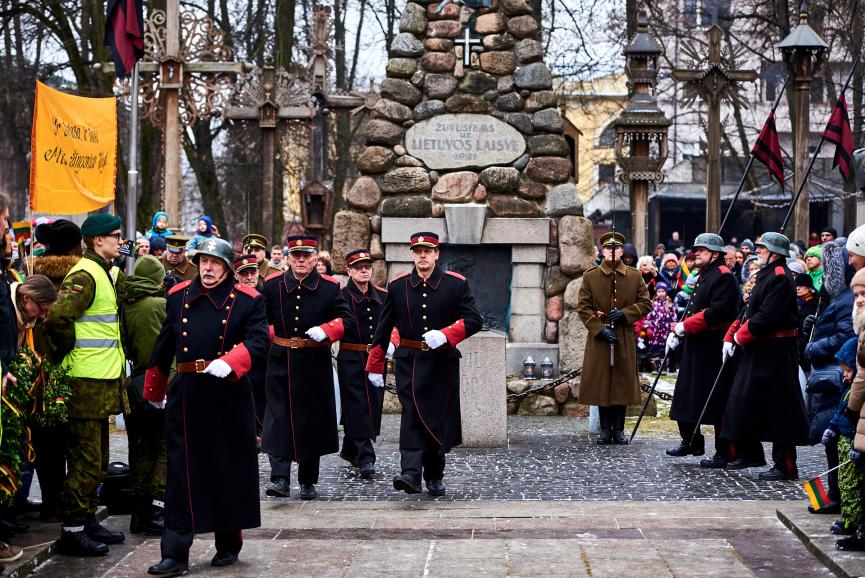 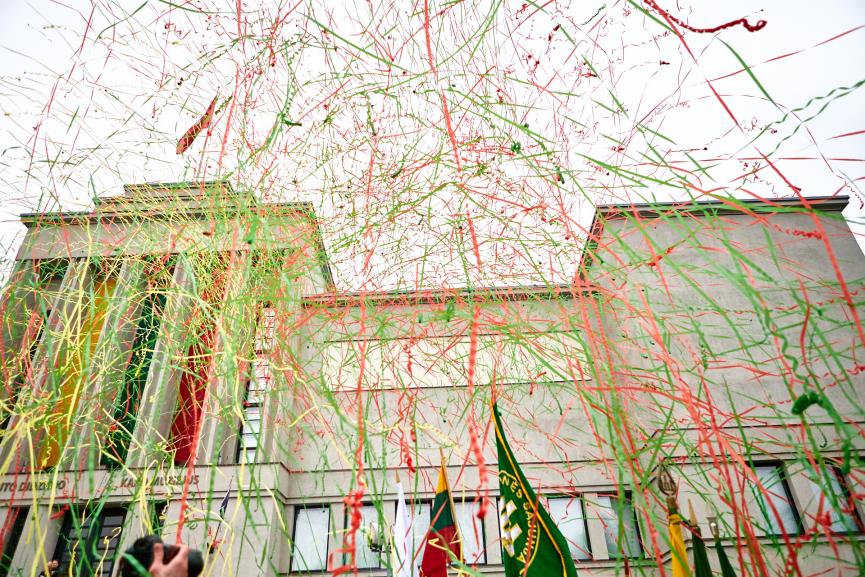 What about watching a friendly football game between FC Žalgiris Kaunas and Valmiera (Latvia)? The match will be held in the National football academy stadium.

Another traditional event scheduled for 4 pm is the awards of the Best Work of Art. Every January for a couple of decades now, artists based in Kaunas bring their newest pieces to the Kaunas Picture Gallery. The visitors of the gallery are then invited to choose their favourite piece among some 100 exhibits of an exhibition that lasts roughly a month. A selected jury awards the best of the best; various institutions award their own prizes.

A concert called “The Freedom Platform“ will be held at the Kaunas Railway Station, which is excellent news to start with. The lineup is even better news, as it includes Lithuania’s hottest indie acts such as Parranda Polar (cumbia!), Despotin’Fam (hip hop), Leonas Somovas (electronic music), Jama&W (philosophical hip-hop) and Baltasis Kiras (girls love them). Did we mention it’s free of charge? 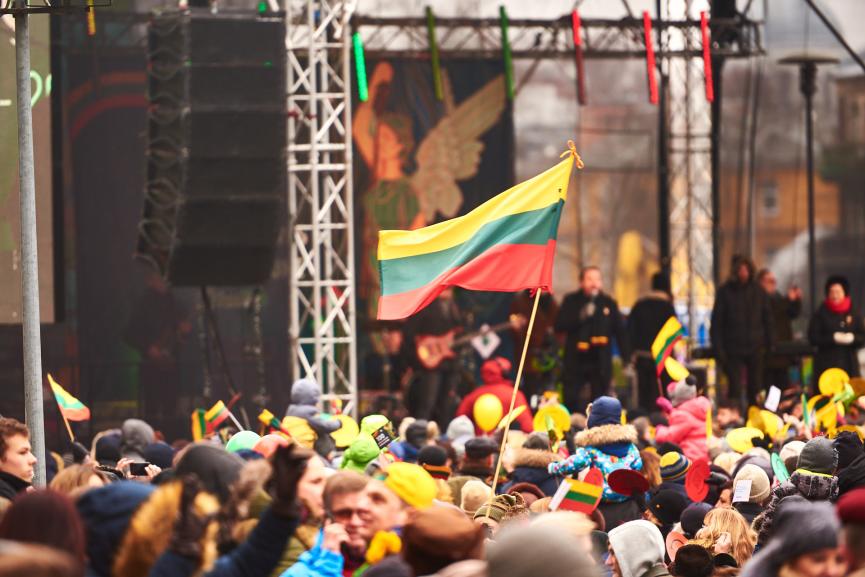 Of course, celebrating independence is not only about parades, fanfares and speeches. There are plenty of other kaunastic activities you can enjoy on Saturday. Visiting a museum or two is indeed a smart thing to do… Vytautas the Great War Museum and the Historic Presidential Palace are two spectacular institutions eager to present you the turbulent history of Kaunas and Lithuania in captivating ways. Both museums can get pretty crowded on February 16 – as a gift for the citizens and guests of Kaunas, the entrance to both of them is free of charge. Also, the war museum will celebrate its 98th birthday!

In fact, many other museums will be open (and the entrance will be free of charge) on the Independence Day, including all the departments of Kaunas City Museum (except J. Gruodis House) and all the departments of the National M. K. Čiurlionis Museum of Art. The Kaunas Tadas Ivanauskas Museum of Zoology will also be open, and there's at least one good reason to visit it while in Kaunas. It's turning 100 later this year.

Looking for something else to do on February 16th? What about checking out our home page for more kaunastic ideas, tips and places?