Celebrating Fourth of July in Kaunas

We’ve put together a few American places and things you can do in Kaunas if you feel very US and A today.

Commemorating the adoption of the United States Declaration of Independence in 1776, July 4th is probably the best-known Independence Day around the world. In Lithuania, we celebrate not one but two Independence Days (and a Statehood Day, too, which is on July 6th!), so one might say Lithuanians are quite into this kind of holidays. Is there a way to celebrate Fourth of July in Kaunas, if you’re American or feel American or simply have American friends? Of course! Here’s where and how. 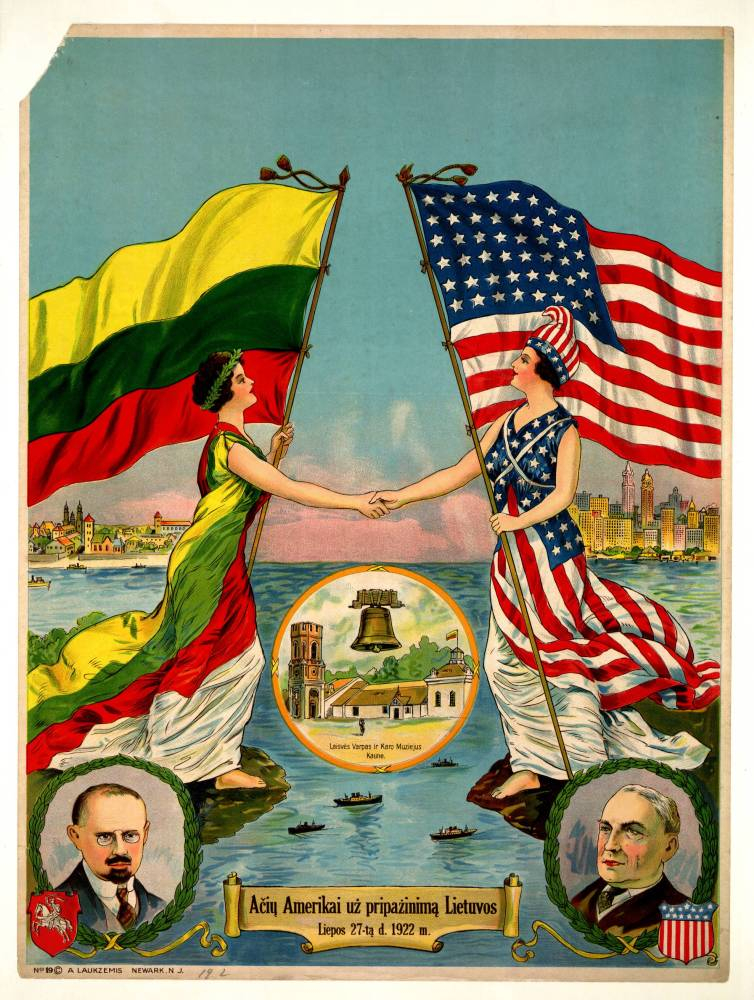 Talking about American friends… Here’s a lovely poster from 1922 – Lithuania thanks the USA for recognising our independence! Lithuanian President Aleksandras Stulginskis on the left, US President Warren G. Harding on the right. Source: www.epaveldas.lt

Let’s start with some breakfast. What can be more American than pancakes? Holy Donut on Vilniaus street is more than just a donut (also very American, right?) place – they offer a lovely breakfast menu that includes proper pancakes, bagels, Eggs Benedict and beyond. 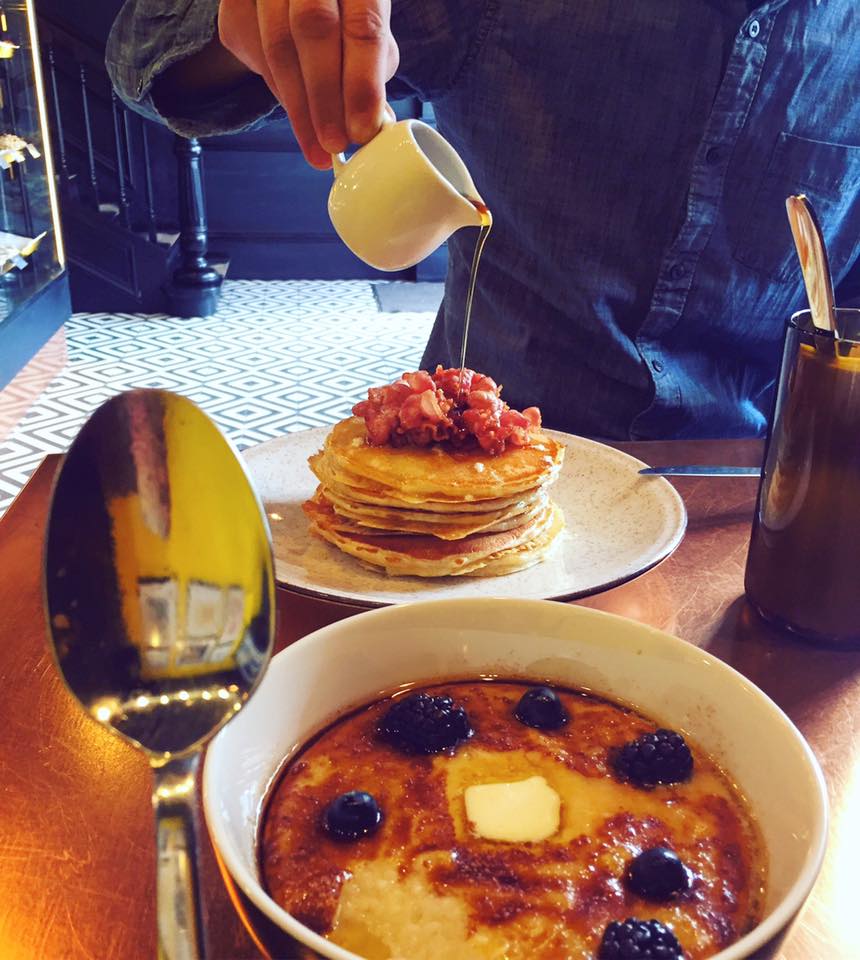 There are also plenty of options if you prefer to start the celebrations later in the day. Of course, there’s more than one McDonald’s location in Kaunas, but that would be too obvious. We suggest you try some pulled pork burgers and ribs prepared the way they do it in the Southern states. The place to do that is Keulė Rūkė, a fast food joint located on the outskirts of Kaunas. It’s well worth a detour even if you don’t eat meat – who wouldn’t want to take a snapshot of a pig-faced Soviet dictator? Street art with political messages is what Keulė Rūkė is famous for – their original location in Vilnius features a mural of Trump and Putin sharing a spliff. 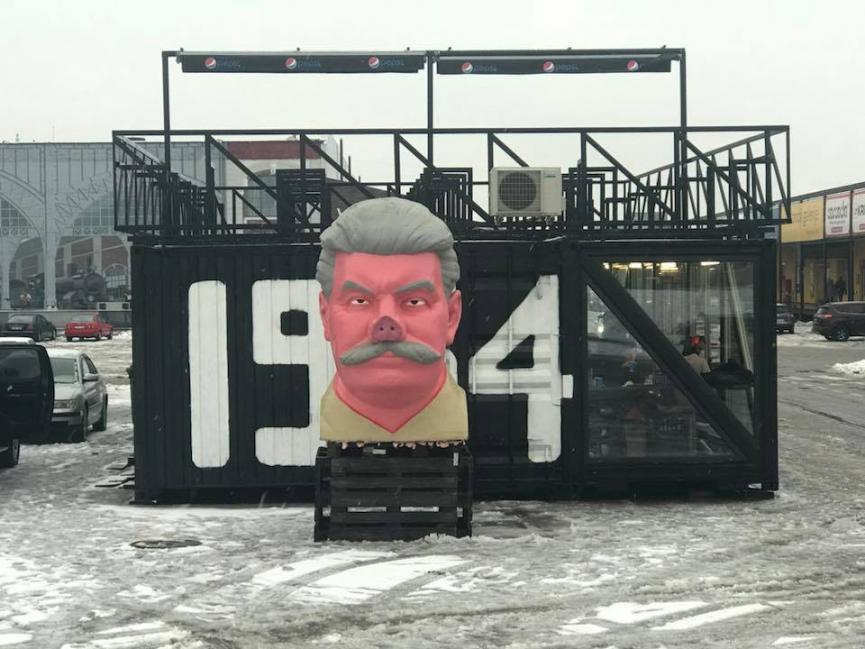 Pizza, maybe? Kaunas is full of delightful Italian pizza places, but there’s American Pizza, too. It’s exactly how the chain with four locations is called! The pizzas are generous and they can be delivered to your door.

Speak of the devil! Italian culture is a significant part of the American lifestyle, and a brand new spot on Vilniaus street celebrates just that. Edizione California is the name of a new branch of Casa Della Pasta, a pasta and pizza chain. The interior is filled with Hollywood-themed details – there are even stars of Leo Di Caprio and Madonna on the floor. 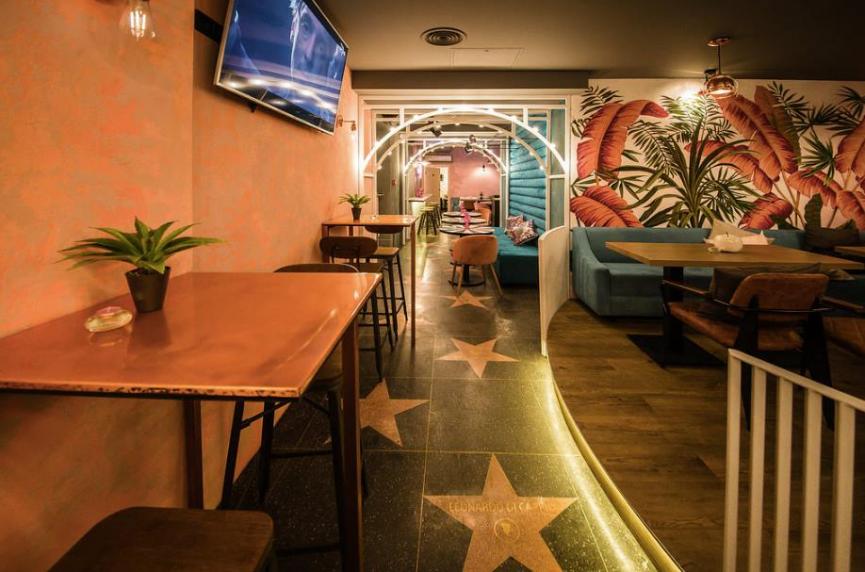 For those into the Tex-Mex taste, we suggest you visit Talutti Tex-Mex on Laisvės alėja. They pair their fajitas, burritos, enchiladas and chimichangas with gigantic glasses of Bloody Marias and bottomless vases of Margaritas. The burgers are super-sized, too. 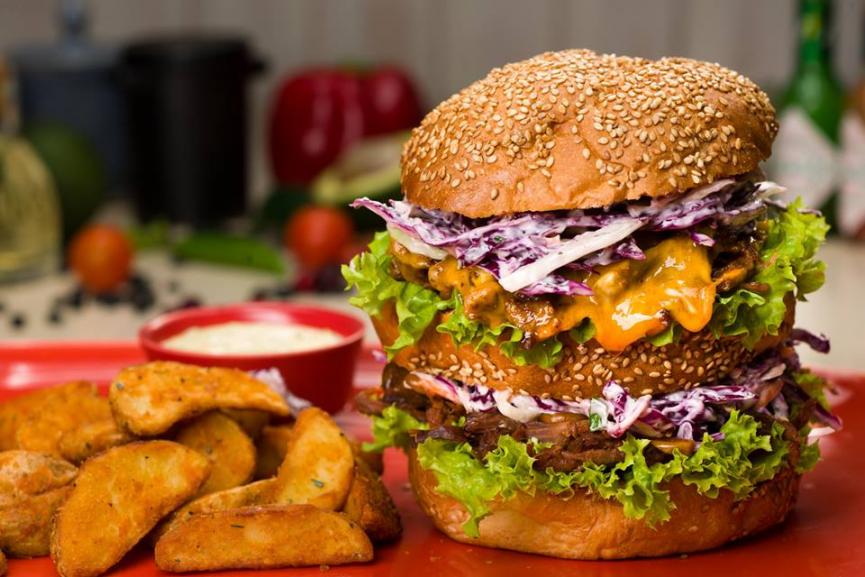 More burgers can be found at Kentucky BIG Burger, a place we couldn't help but include in our American list for many reasons. The name, the menu, the vibe and the endless nights. Your right to party is respected in this place on Kęstučio street. 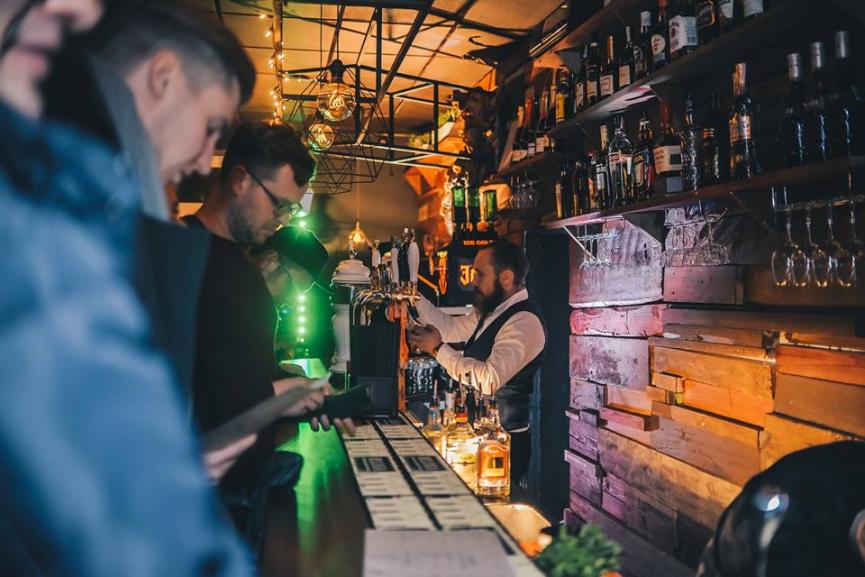 Still not enough? As the night comes, the party starts at RocknRolla, an American-themed bar slash club slash a place with an impressive courtyard on Laisvės alėja. If you prefer to spend an evening in the Old Town, here’s Jack Pub waiting for you on Vilniaus street. Don’t be surprised if you meet a few cowboys there. 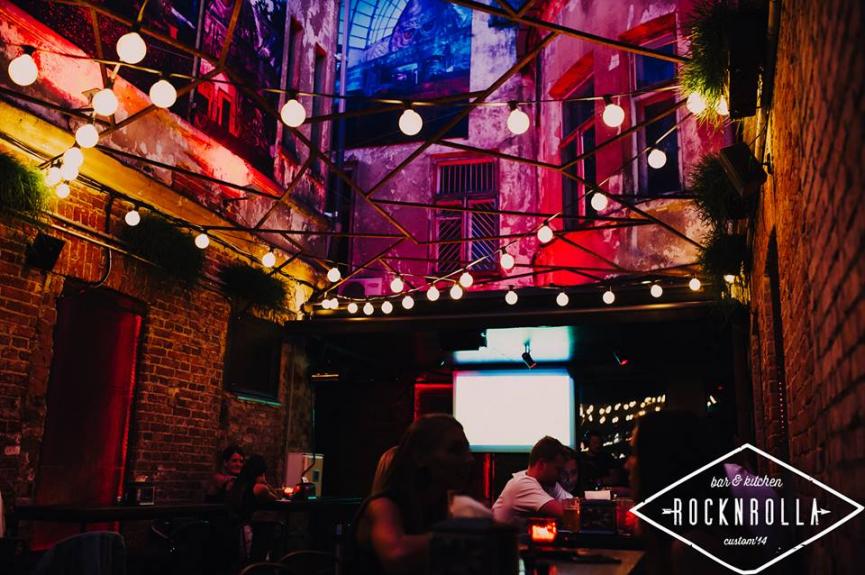 Well, you could also play American football! “Dukes”, the kaunastic American football team, does speak English and invites you to try out the sports in J. Basanavičius gymnasium stadium in Šilainiai on Sundays. They practice in Santaka park, too. No previous experience required! More here. 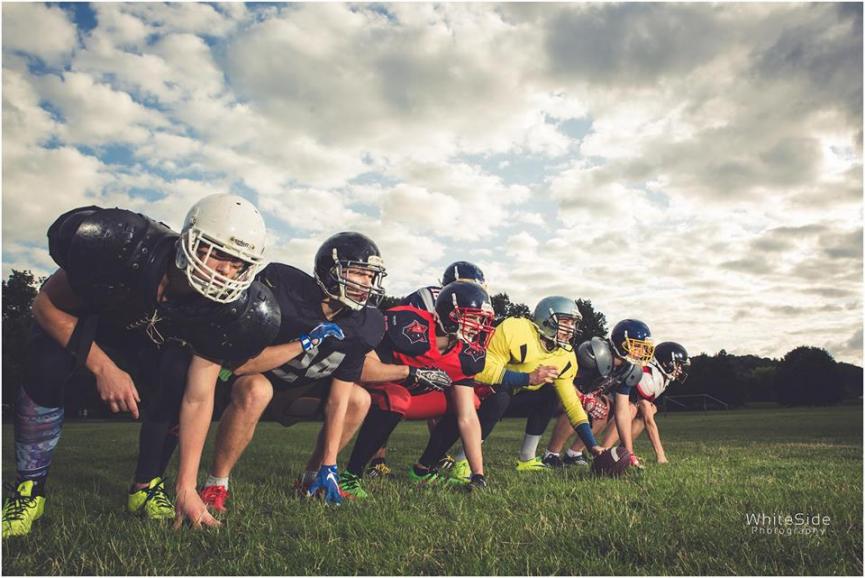 Pic by White Side Photography

A drive-in cinema, another very American thing to do, does happen in Kaunas but not on Fourth of July. The next drive-in night at “Urmas” shopping town, called Night Sky Cinema, is scheduled for August 9th. Hop in a car and join if you’re in town! More here.

Time for some art! Fluxus might be born in New York, but the fathers of the art movement, Jonas Mekas and George Maciunas, are in fact Lithuanians. Maciunas was born in Kaunas and lived in a house on Parodos street before his family moved to the west in the 1940s. There’s a permanent Fluxus exhibition at the Kaunas Picture Gallery (it’s also home to numerous paintings by Lithuanian American artists!) and a Maciunas square by his house. The square which you can’t actually enter or see very well from the street was opened last July. The author of the brilliant piece of art is Naglis Rytis Baltušnikas. 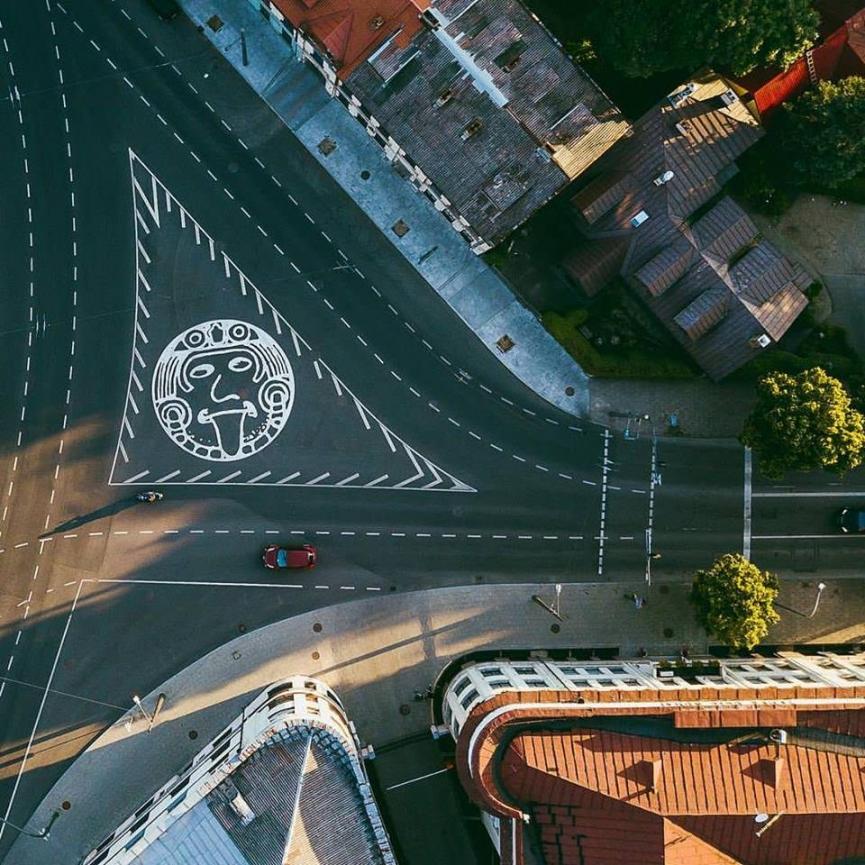 Best viewed from above! Pic by Andrius Aleksandravičius

Another object of interest is the former US embassy on V. Putvinskio street (we've just blogged about it). During the First Republic, the owner of the building was Jonas Vileišis, mayor of Kaunas – before taking this position he served as the ambassador of Lithuania to the US, where he worked to obtain recognition of the state de jure. Designed by Aleksandras Gordevičius in 1930, the building served as his residency and part of it was for rent. The US Embassy used the building from 1934 to 1938. 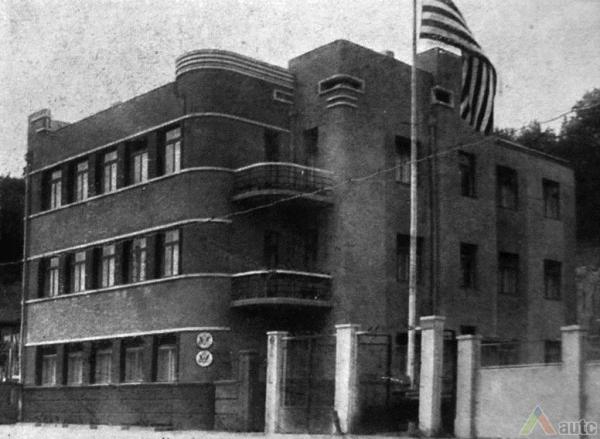 You're also welcome to visit the Valdas Adamkus Presidential Library-Museum. The institution is dedicated to the legacy of our Kaunas-born President Valdas Adamkus who spent a significant part of his life in the States. The first of its kind in Lithuania and the third in Europe, the institution follows an example set in the United States, where the legacy of former presidents is preserved and kept alive in presidential libraries readily accessible to scholars, students, and the general public. 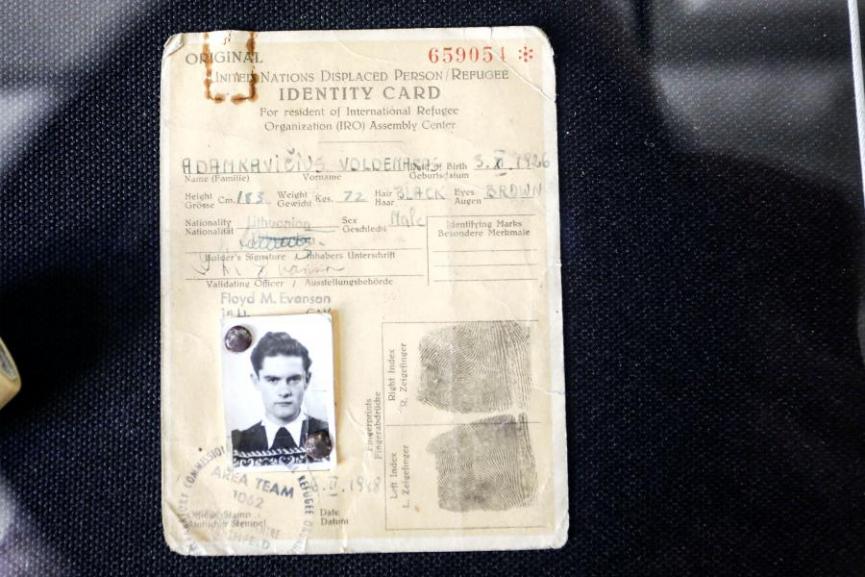 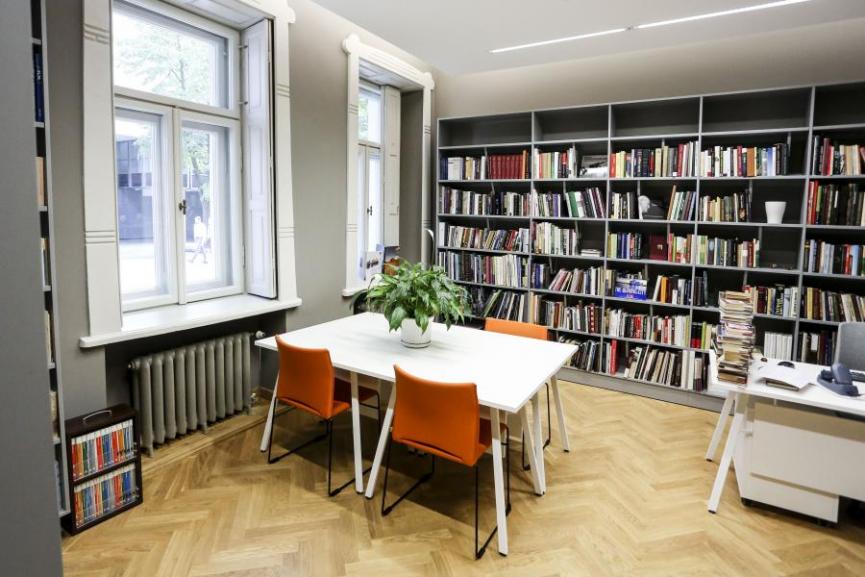 In fact, basketball, the second religion in Lithuania, is also a souvenir from the States – American Lithuanian pilot, sportsman and overall activist Steponas Darius brought the tradition to play it, as well as a handful of other sports including ice hockey and baseball, to Kaunas, in the 1920s. Overall, Lithuanian Americans played a vital role in shaping modern Lithuania between 1918 and 1940, but that’s a topic for another blog entry, right? For now, Happy Fourth of July!