As the pandemics safety regulations stand above the usual celebrations, we invite you to discover two impressive architectural objects in Kaunas that represent the history of our armed forces. 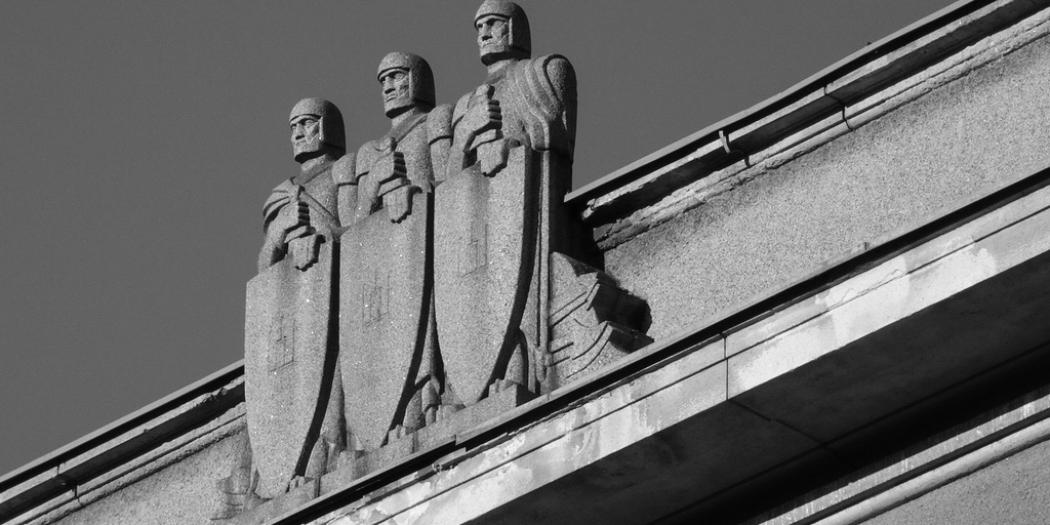 The celebration of this holiday is usually marked by military parades, military equipment expositions, concerts, decoration ceremonies etc., but in 2020, of course, pandemics safety regulations stand above celebrations. Nevertheless, we invite you to discover two impressive architectural objects in Kaunas that represent the history of our armed forces.

An international contest for a new officers’ club, began in 1931, was won by Estonians, but in 1937 it was built according to the design of the Lithuanian Stasys Kudokas and engineers who helped him.

It’s interesting that in interwar society there were a lot of discussions about what kind of building would be most suitable for such an object. Maybe the best thing to do would be to demolish the (Russian built) St. Michael the Archangel’s Church and establish the officers’ club on the site instead? Or maybe there’s another site in another corner which would allow the representative building to be more visible? However, in the end it was decided to choose a location within which the officers’ club had already rented rooms before.

The façade of this important building on A. Mickevičius Street combines Modernism and classical features, such as columns, an attic, highlighted windows on the second floor and a central entrance. Above the spectacular door were the coats of arms of the biggest cities of Lithuania, and a sculptural composition Trys milžinai (Three Giants) showing ancient warriors, created by Bronius Pundzius.

On the first floor, which is far from being pompous but that was built using luxurious materials, is a restaurant in which even President Antanas Smetona would celebrate the New Year. The second floor is a representative one, where visitors are greeted by impressive halls inside which Art Deco goes together with an ethnic style and a medieval spirit. In 1938, in an issue 9 of the newspaper for military officers Kardas (The Sword), it was written: the representative facilities of the officers’ club are the only such premises in Kaunas, if we were to speak about their interior and spaciousness. 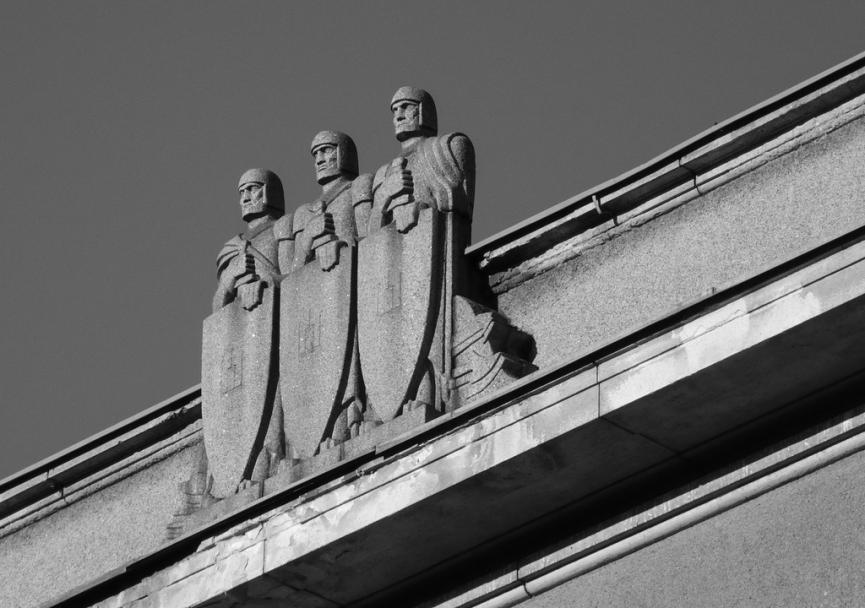 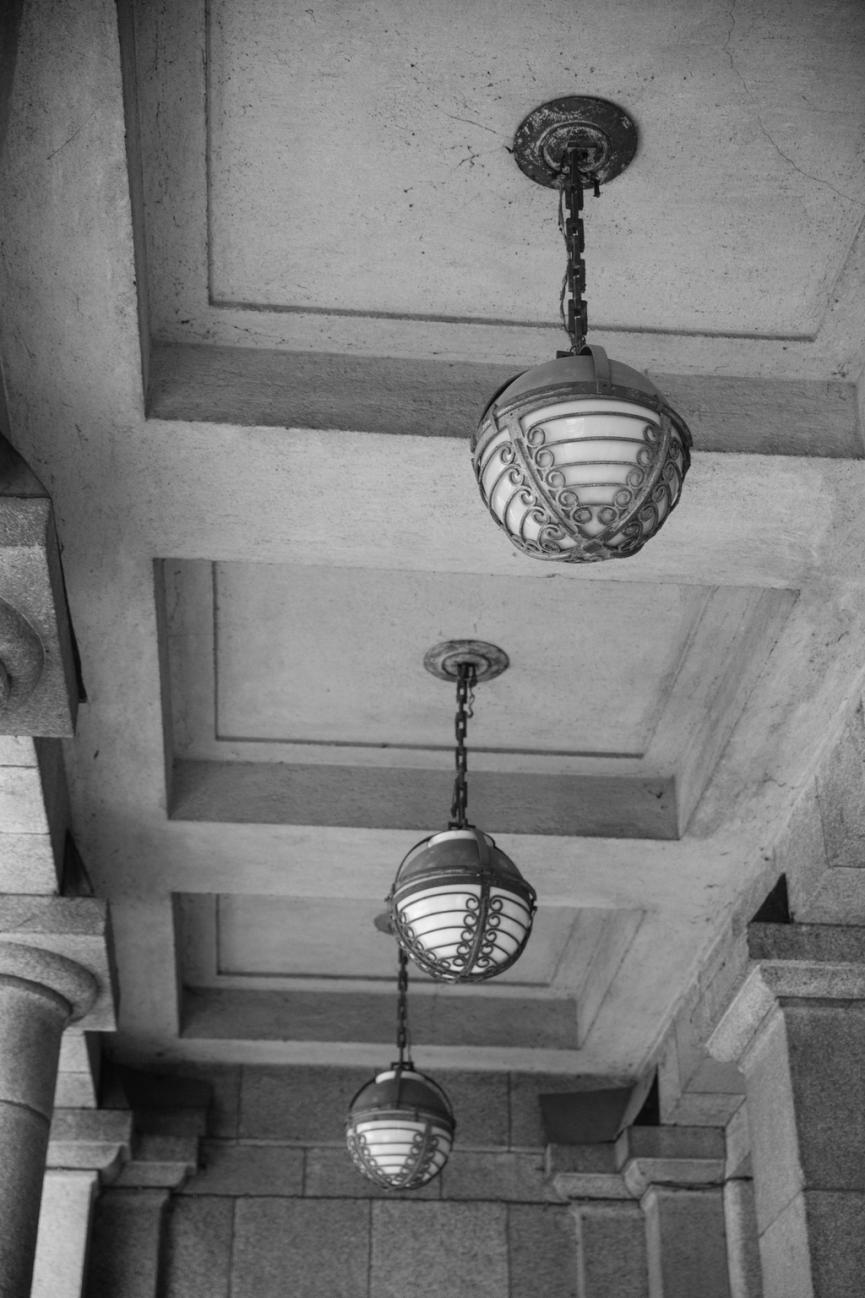 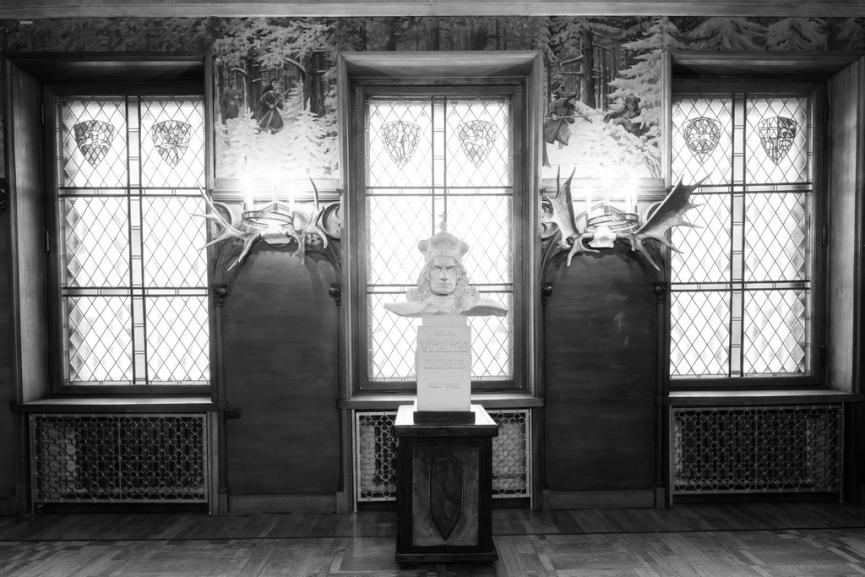 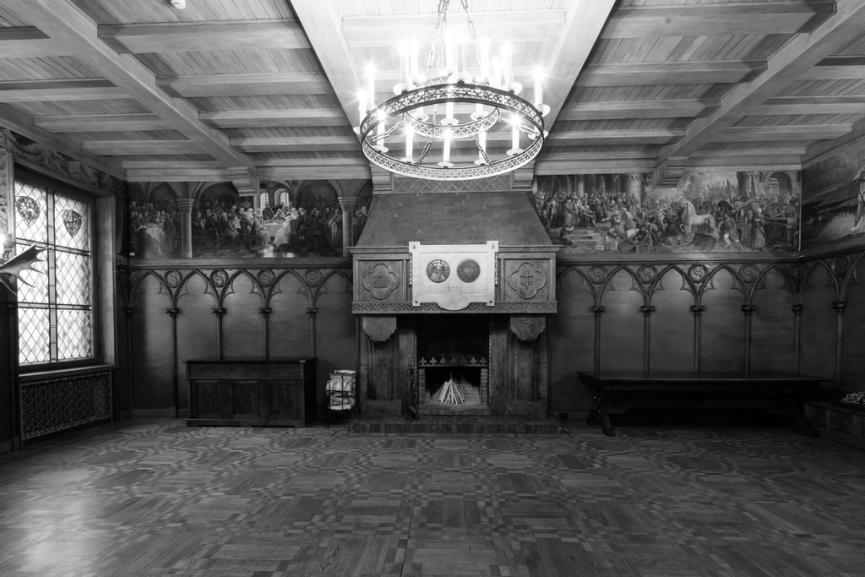 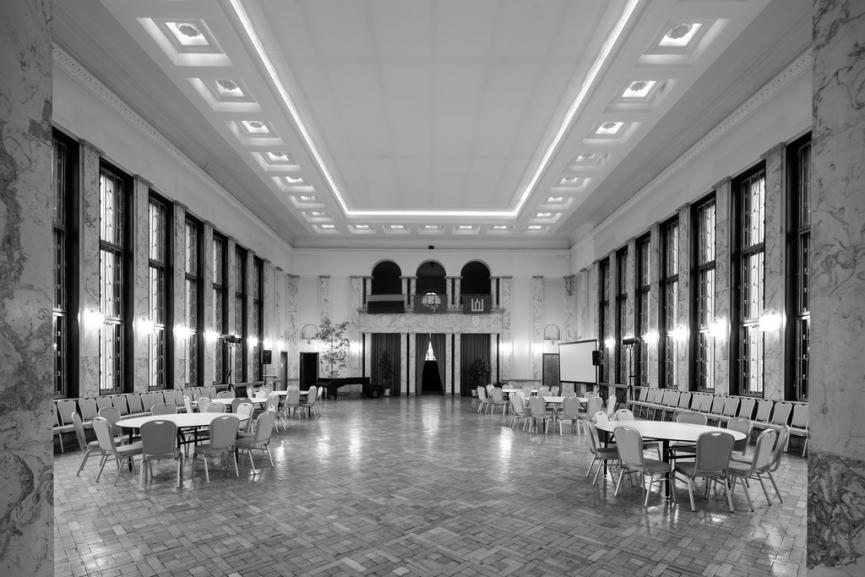 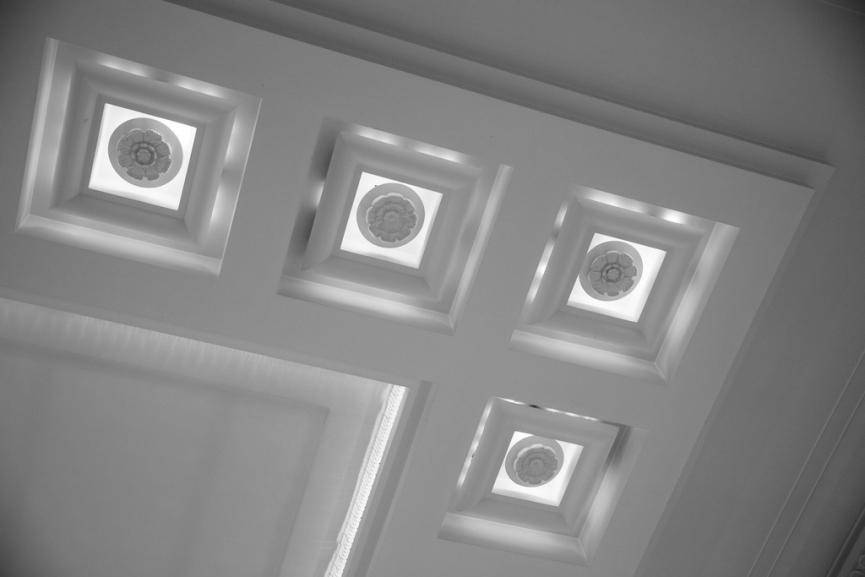 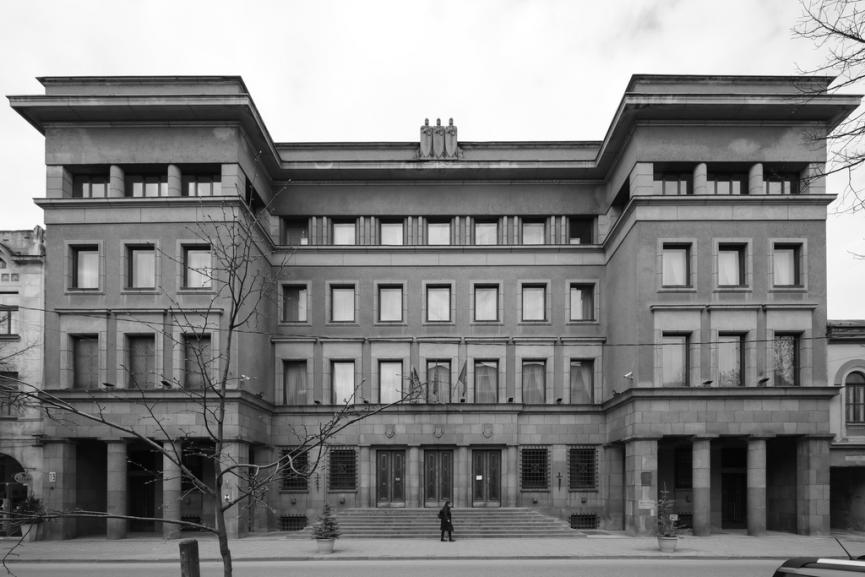 The fact that the building had previously been the meeting place of the defenders of independent Lithuania posed no moral issues for the Soviet occupiers, and, after the war, the officers’ club continued to operate here. In 1944, however, the club was turned into a military hospital for a brief period of time. After the restoration of independence, the building was returned to those for whom it was intended. Only the officers’ hotel on the fourth floor wasn’t restored.

In the club today, a lot of attention is paid to the remembrance of history; currently, the premises are undergoing thorough renovation. Be sure to arrange an excursion if the circumstances permit, run by those who work here and who know everything best.

A complex of two extremely impressive museums, that can’t be compared to anything else in Lithuania, is one of the most prominent statements of the interwar period in terms of scope and idea.

The origins of the Vytautas the Great War Museum date back to 1919. The order was signed on January 22, 1921, where was proclaimed that the military museum that is being created has a noble and honourable goal to make future generations an eternal monument of how Lithuania, that was continually defeated by its enemies for centuries, broke free from slavery and achieved independence through blood, sweat and tears with a gun in its hands. The first exposition was established inside the stables of the Tsarist Russia III Infantry Regiment that once stood on the territory of the current Vienybės aikštė (Unity Square). After a couple of years, however, the museum was closed due to an emergency condition, which is when discussions regarding what type of building could perform the function of this building and where it should be located began.

The cornerstone of the new museum was sanctified in 1930, the 500th anniversary of the death of Vytautas the Great. For the foundation of the building, soil was brought from Gedimino kalnas (Gediminas Hill) in Vilnius and other locations where the Lithuanian Wars of Independence took place. The course of the design of what was called the House of Nation’s Culture by the interwar press was both a state and a personal matter for every Lithuanian. Architectural contests were held twice, and the construction works, which were sponsored by both local Lithuanians and those living in foreign countries, took six years to complete. The building was eventually opened on February 16, 1936.

The building was designed by Vladimiras Dubeneckis with the help of Karolis Reisonas (Kārlis Reisons). The southern part is a symbolic monument to Vytautas the Great and contains important accents including the carillon tower, the arcade with the cannon exposition and the lions that came from Astravas Manor in Biržai, the latter being an important feature in thousands of family photo albums both in Kaunas and further afield. The northern Čiurlionis side is clearly inspired by the works of the symbolist artist. A motif of a crown, which the artist liked very much, can be seen on the main façade with the naked eye. 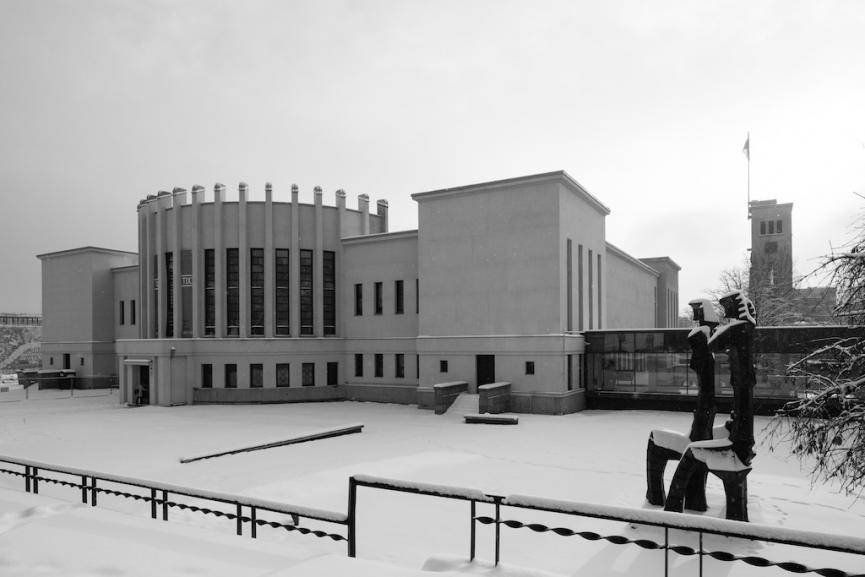 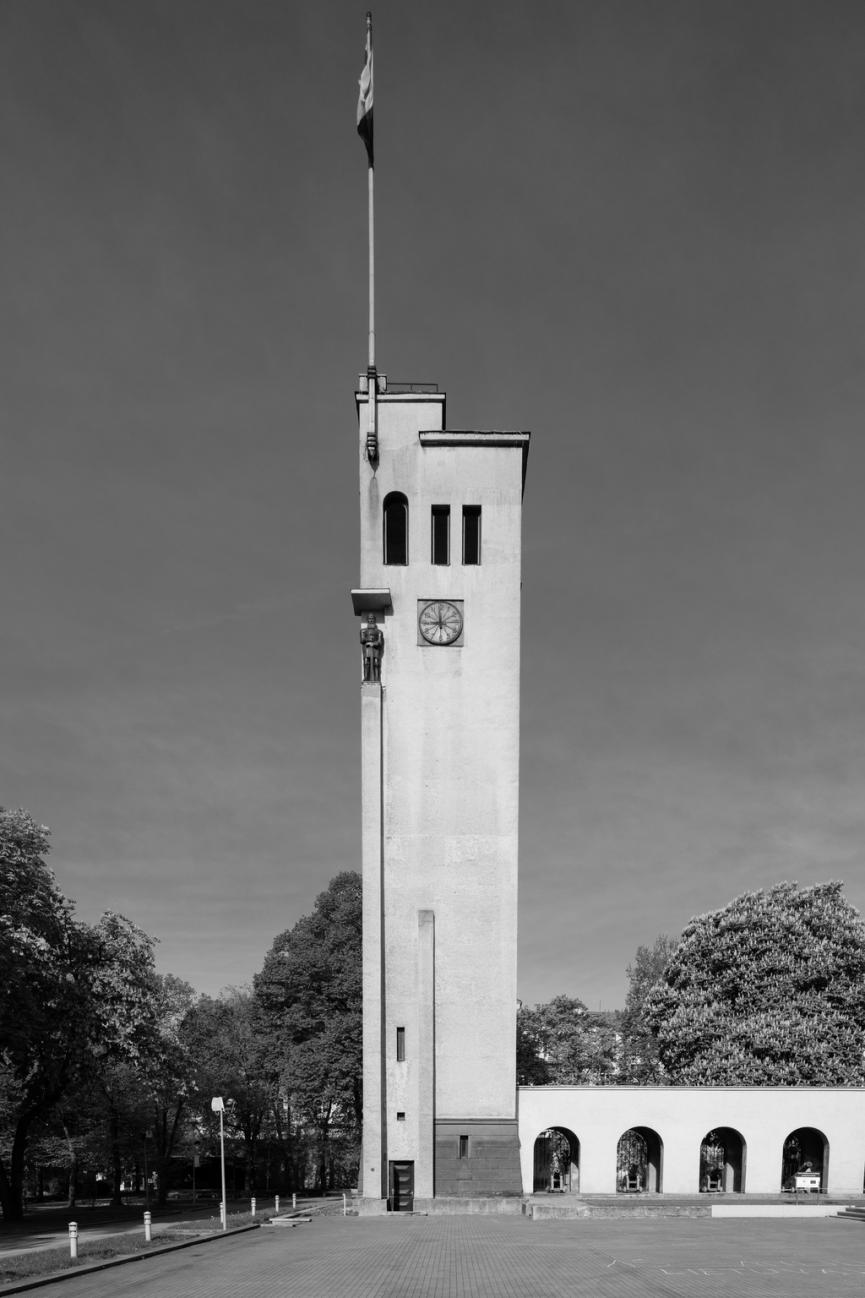 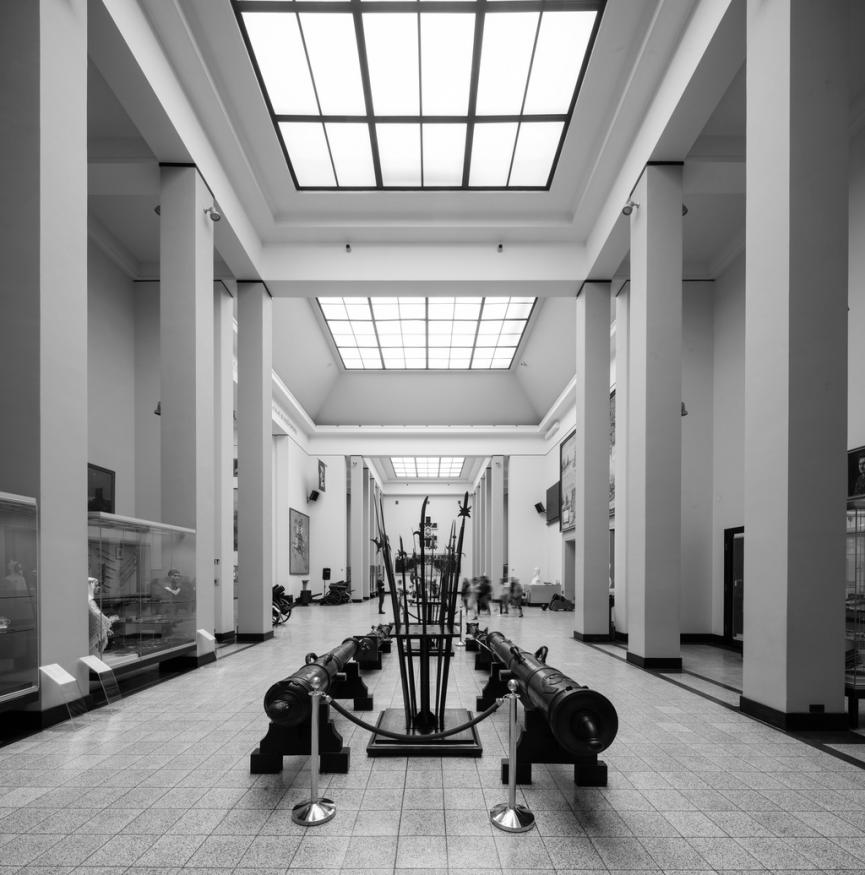 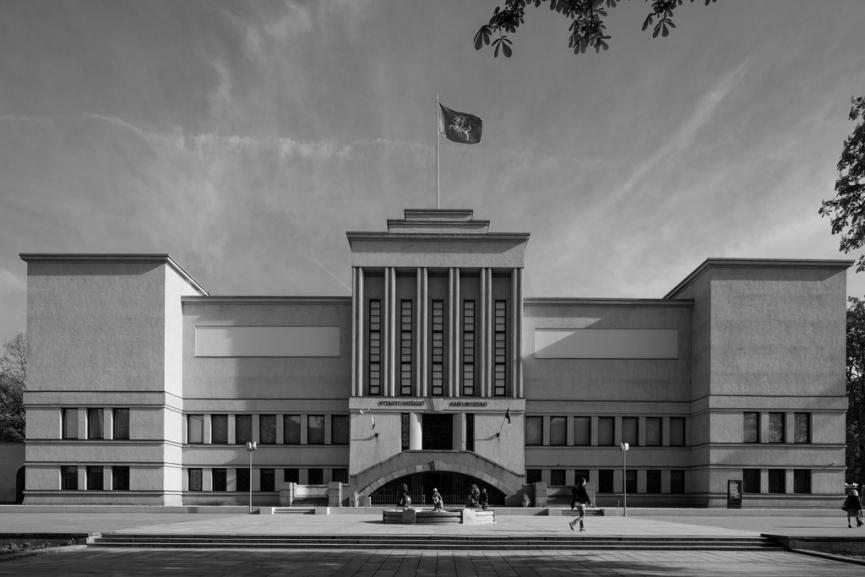 In 2015, the European Commission awarded 44 objects of Modernist interwar architecture in Kaunas the European Heritage Label, among them this museum complex and the Kaunas Garrison Officers’ Club.

The dense network of interwar architecture is also on its way to UNESCO. In November 2020, UNESCO World Heritage Centre stated that the nomination bid project of Kaunas modernist architecture is in line with the administrative requirements of the application. The approval means the team behind the bid now has time until February 1, 2021, to polish the application and present it to the evaluation of international experts and UNESCO World Heritage Commitee. More here.

Learn more about the interwar architecture in Kaunas and Lithuania here: tarpukarioarchitektura.lt/en