As all of the five episodes have already been broadcast and the holiday season has started, here’s a short tour through the shooting locations in Kaunas. What an idea for a weekend getaway, huh?

The explosion on the night of 26th of April 1986 seared the event into human memory with the radioactive flames of the Chernobyl nuclear power plant’s 4th reactor in Ukraine. Critics agree on the fact that the mini-series that came out three decades after the events should also be enshrined in history. Shocking, authentic, breathtaking – that’s how HBO’s new TV mini-series Chernobyl is described around the world.

Chernobyl has already become one of the best-received TV series in a while – in fact, it’s fantastic to read raving reviews by critics as well as by TV viewers all around the world. It’s not a secret most of the series was shot in Lithuania – Vilnius, Visaginas and Kaunas. As all of the five episodes have already been broadcast and the holiday season has started, here’s a short tour through the shooting locations in Kaunas. What an idea for a weekend getaway, huh? 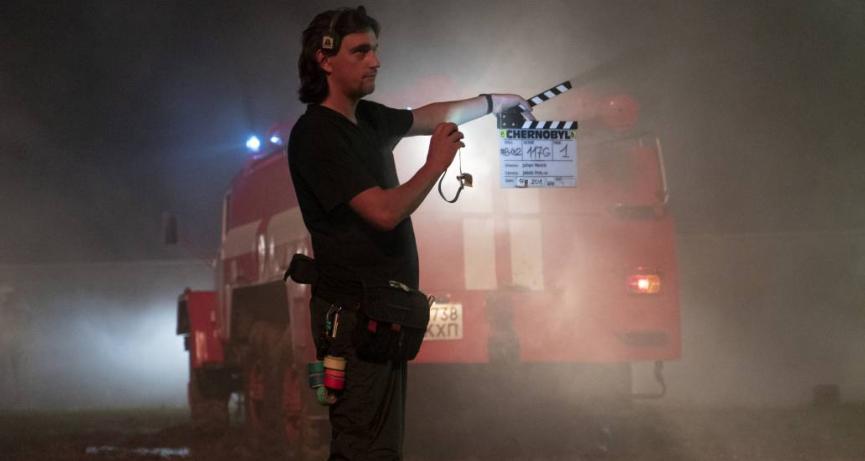 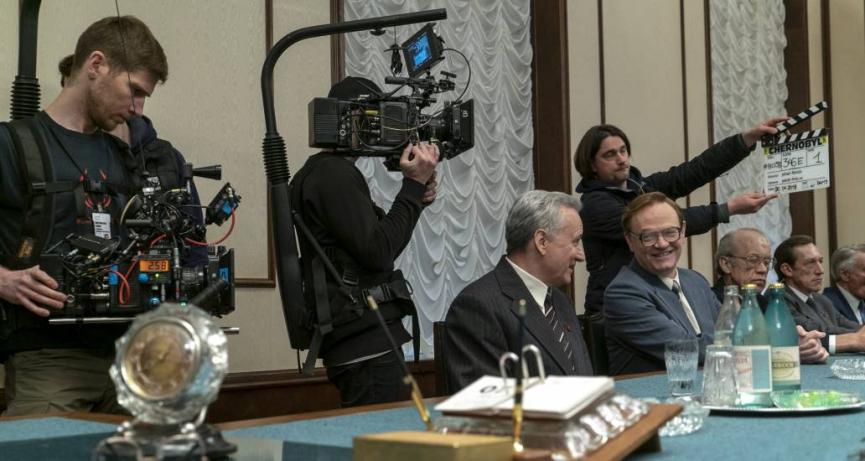 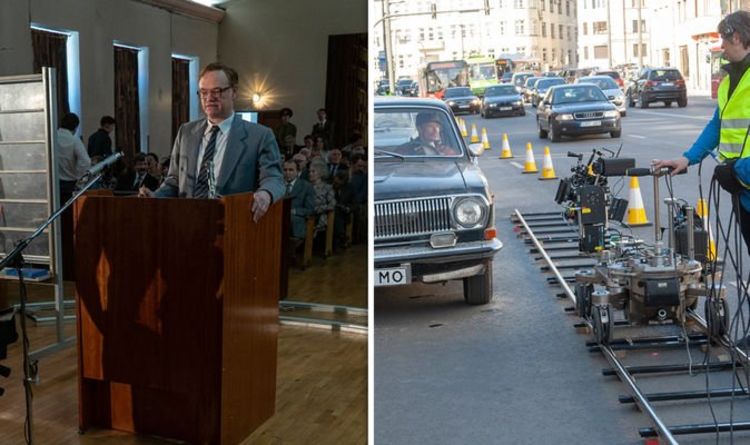 “I don’t want to brag, but I was not surprised by positive reactions. After reading the script, it became clear that Chernobyl is well written, revealing the global tragedy through the eyes that witnessed it,” said Jonas Špokas, CEO of Baltic Locations, the company that managed Chernobyl’s filming locations. “That’s why I knew that the viewer will empathize with them and feel it all. The series was hugely ambitious, and the director, the scriptwriter and the designer all put in the effort to take Lithuanian suggestions into account since they wanted it to be as authentic as it can be.”

It was for the sake of this authenticity that Jonas and his crew carried out a meticulous search of filming locations. The work began back in autumn 2016, as Pripyat, Chernobyl and Moscow had to be recreated almost entirely in Lithuania. That’s how the Soviet era was restaged at places as far apart as Pravieniškės and Visaginas – in total, over 40 different locations can be seen in the series. There were around 1000 hours of filmed footage.

Moscow in Kaunas: the director thought he was dreaming

You can start touring the Chernobyl Lithuania in Kaunas. The city that’s known for its interwar architecture was perfect for creating the Soviet Moscow you can see in the series.

However, one of the most memorable moments came from the magical scene in episode 1, where the locals in Pripyat are standing on a bridge, completely unaware of what truly happened at the nuclear power plant. The radioactive fallout that swirled on the screen like pollen created a palpable feeling of both mystery and calm.

“The scene was shot at M. Gimbutienė Street in Petrašiūnai. There’s an abandoned water-supply bridge there. Director Johan Renck said that he ‘could not have even dreamed’ of it,” said Jonas. “He was looking for a spot that seemed to emerge out of nothing. This bridge is just like that: purposeless, it seems to have neither a beginning nor an end. Built over a railroad track and meant for the water pipes running from the Petrašiūnai cemetery, it’s abandoned and decaying.” 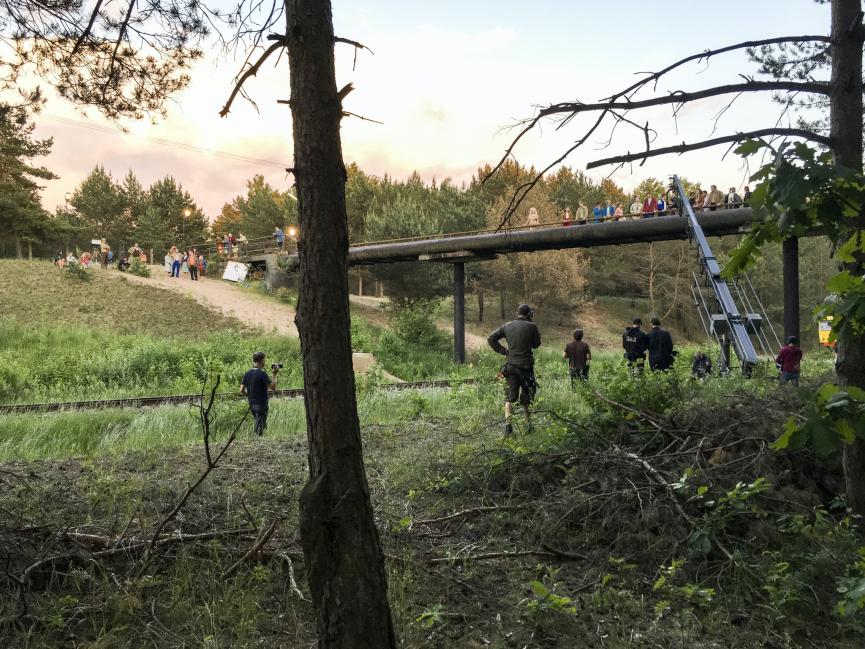 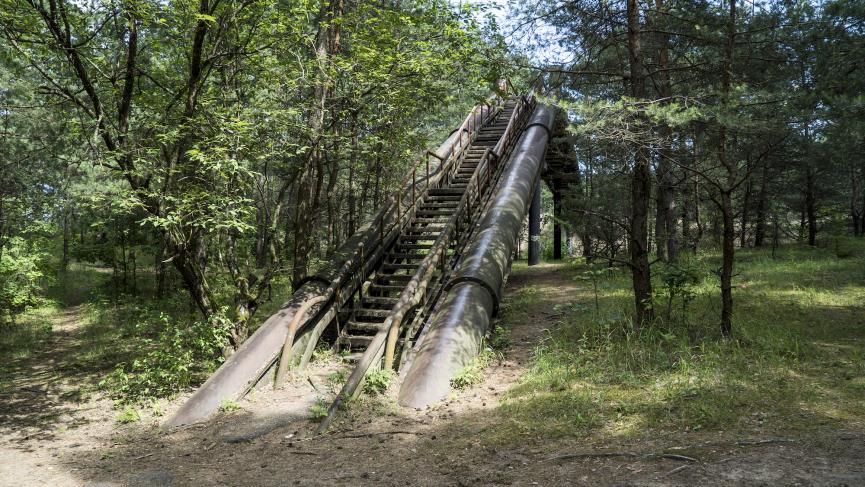 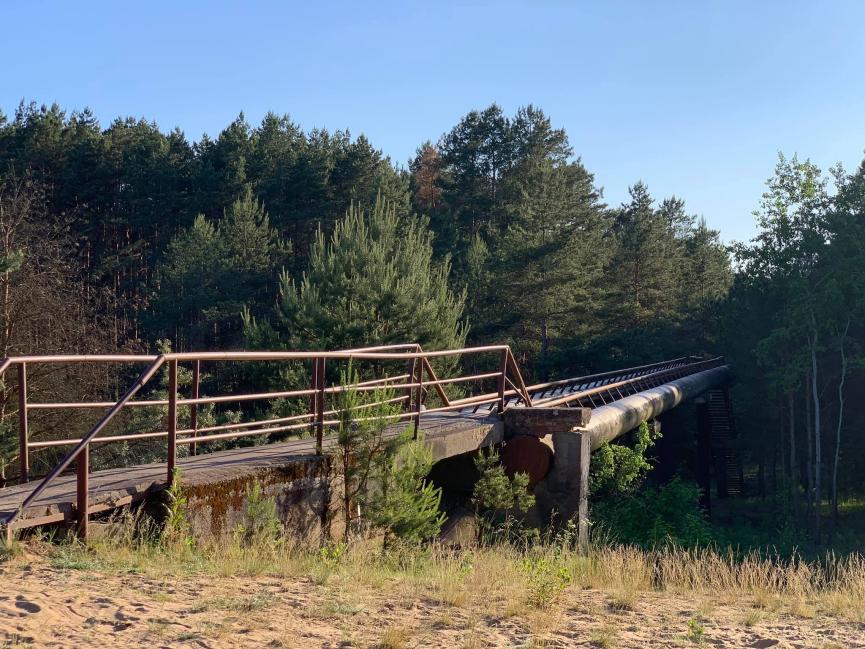 There’s more than one such mystical location in Kaunas. “The apartment of protagonist Valery Legasov, we found it by accident, and it was filmed in an impressive art-deco building at Vytauto Ave. 58,” said Aurelijus Silkinis, who assisted the shooting with his company Kaunas Film Office. 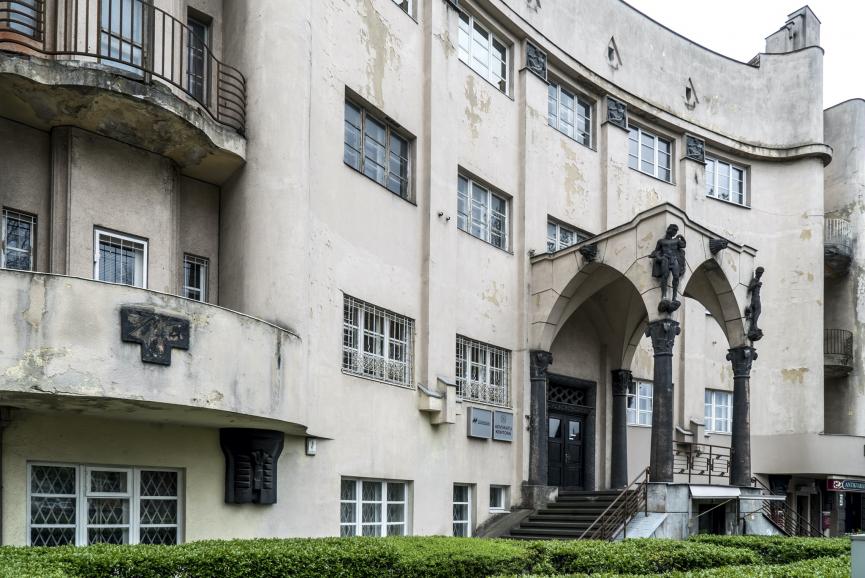 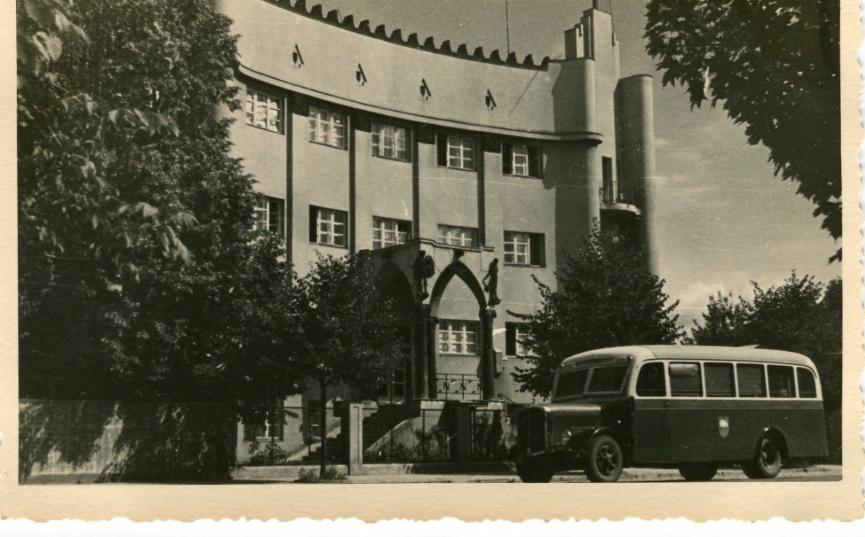 Vytautas Avenue, no. 58, the end of the 1930s. A. Burkus’ collection. Taken from Kaunas Full of Culture magazine

“The creepy 6th clinic in Moscow, the one which firefighters from Pripyat were brought to, was recreated in the former 8th building of Kaunas Technical University at Kęstučio St. 27. It’s now privatized. The KGB prison and the workroom at the nuclear research institute were filmed at the radio factory located at Savanorių Ave. 66.” 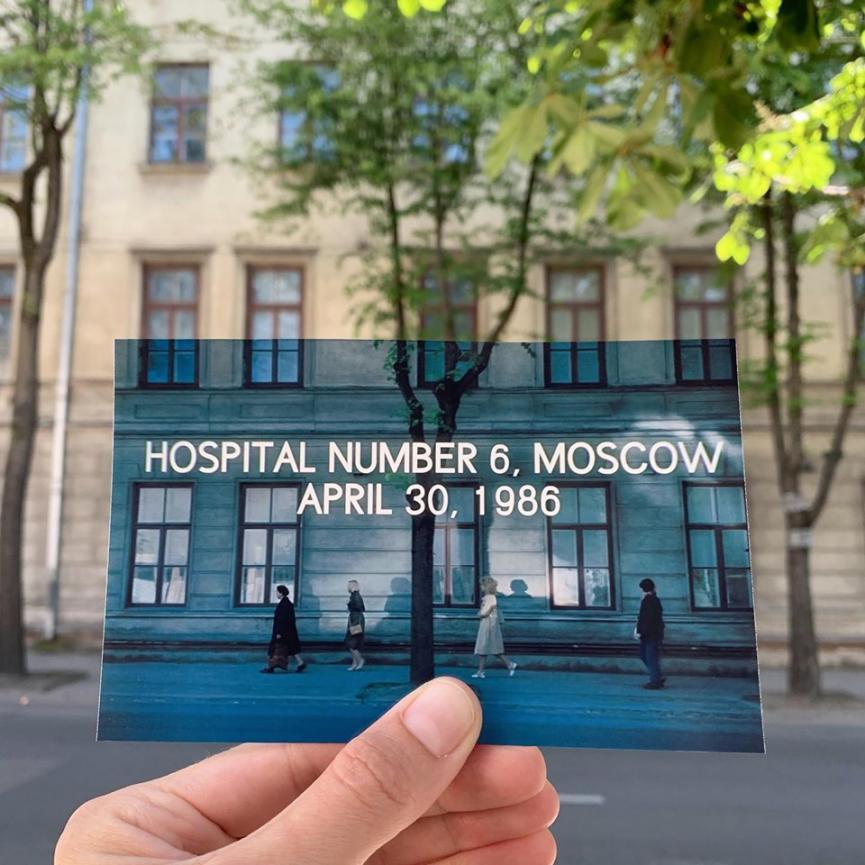 The former KTU building at Kęstučio St. 27 was revisited by the Kaunas Kine blog which is a must-follow for all film enthusiasts. 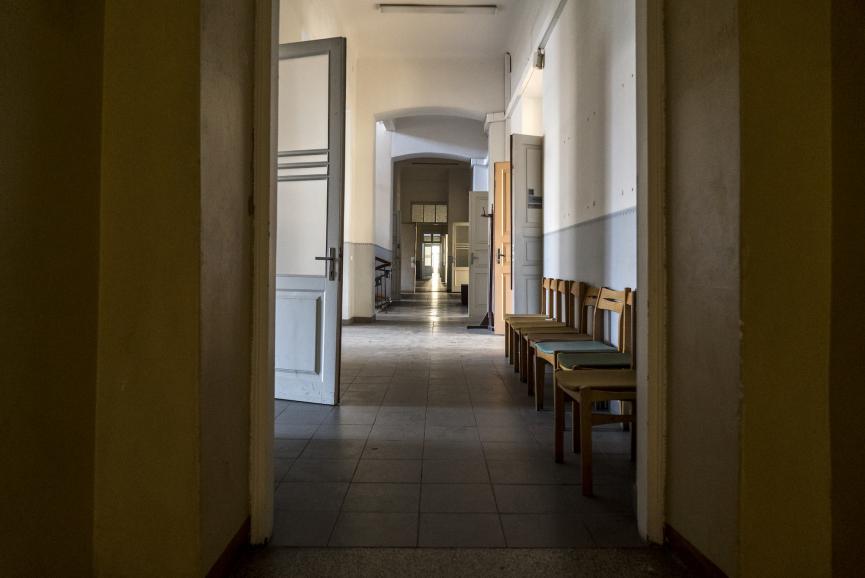 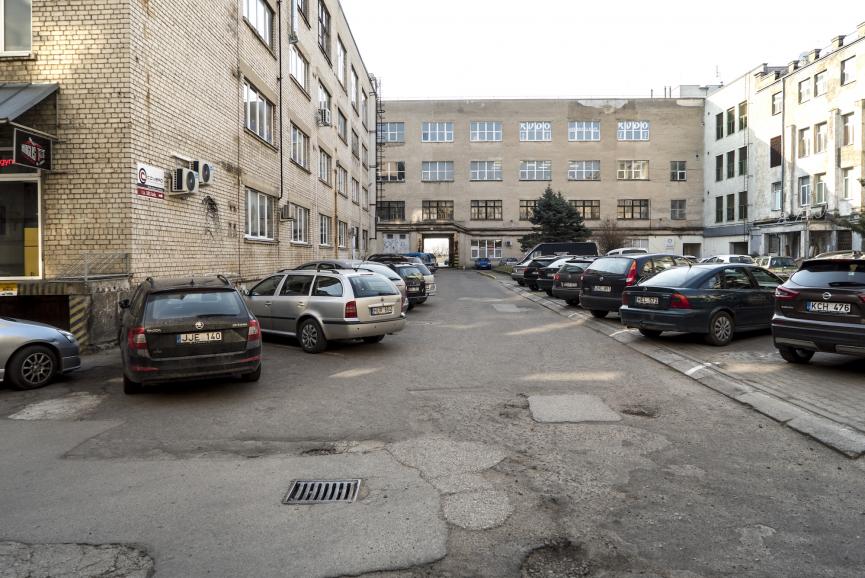 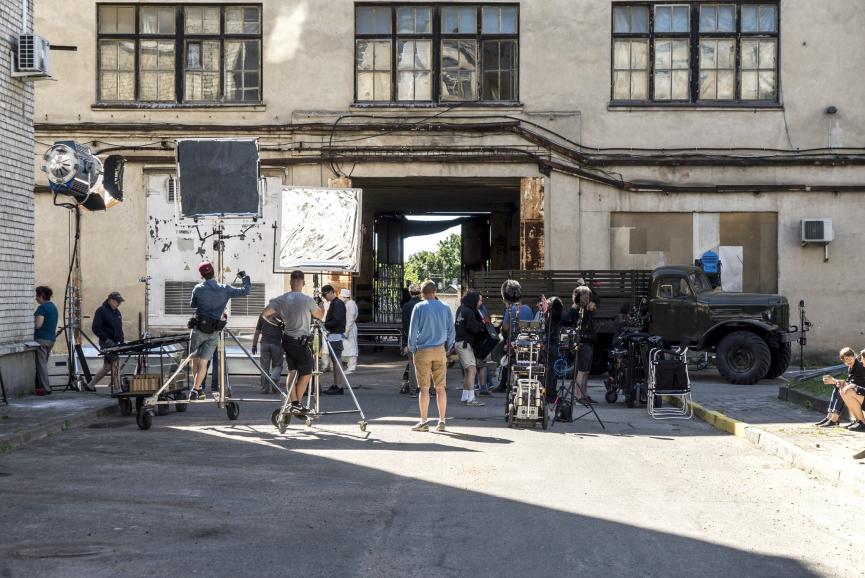 Chernobyl was also filmed at the former helicopter maintenance hangar at Europos Ave. 27. The 4th episode scene of firefighters dousing houses with chemicals was staged on Chemikų street in Kėdainiai. 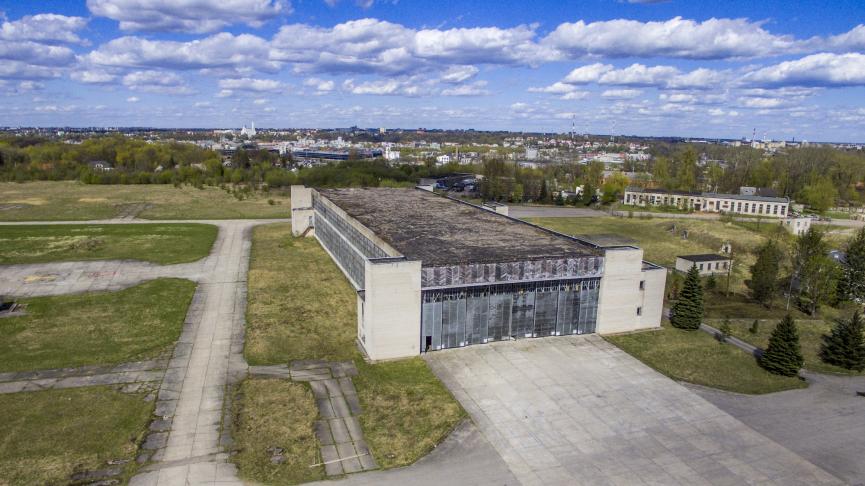 You can find out more about the locations in Vilnius and Visaginas by reading the original article on SkyCop. Thanks for the cooperation, guys!