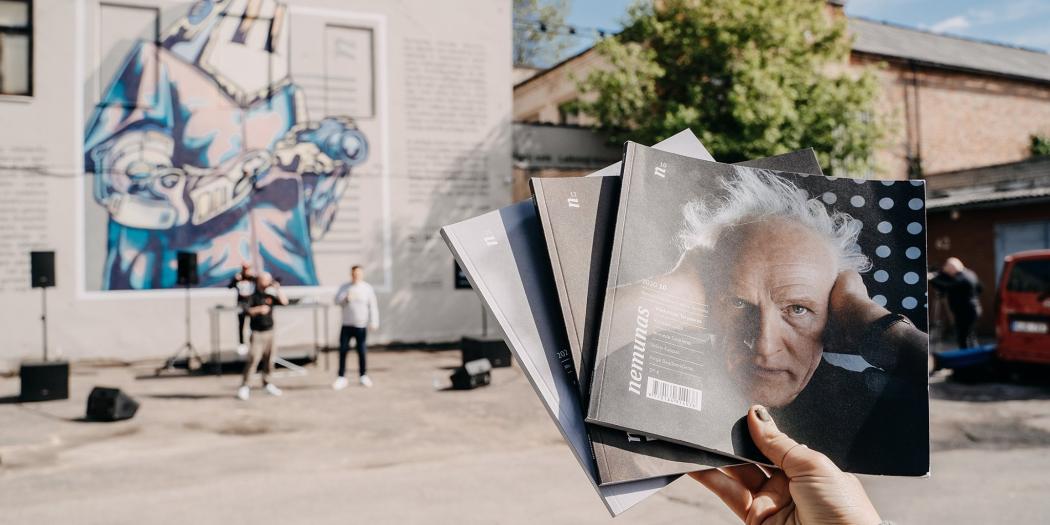 Over the past few years, understanding the concept of culture has outgrown the walls of galleries and stages of theatres or concert halls. With the help of the programme of Kaunas – European Capital of Culture 2022, the citizens have come to realise culture is in fact everywhere; it is what inspires, surrounds and shapes us every day of our lives, in every step we take. Of course, there are lighthouses showing us the possible ways! And it’s time to give those lighthouses a heads-up.

Kaunas 2022,  together with its main sponsor Švyturys Nealkoholinis, invited three renowned street artists to create new murals as presents for three of our city’s best-known, most-awarded and most-loved cultural institutions. The team have picked the art and culture magazine Nemunas (it has been published since 1967!), dance theatre Aura (established by choreographer Birutė Letukaitė in 1980) and Kaunas City Symphony orchestra, the youngest in the company – it has just celebrated its 16th birthday. 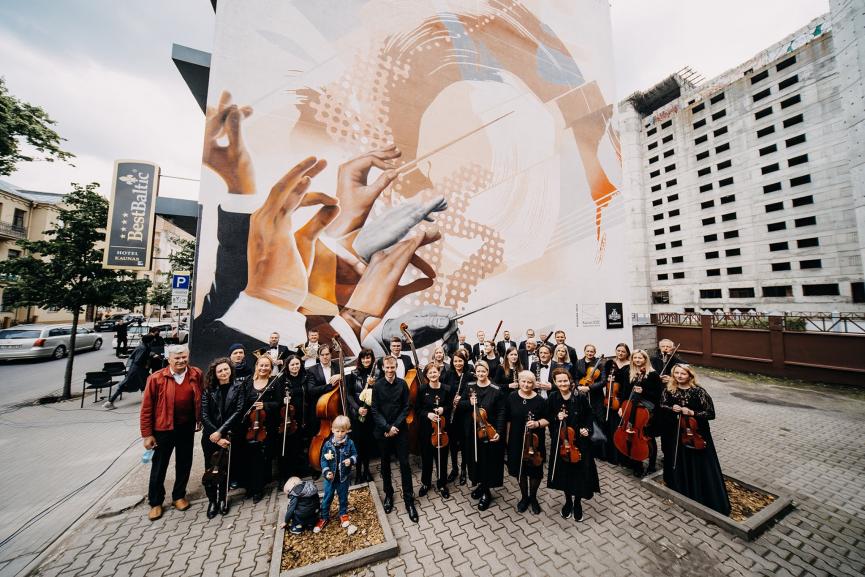 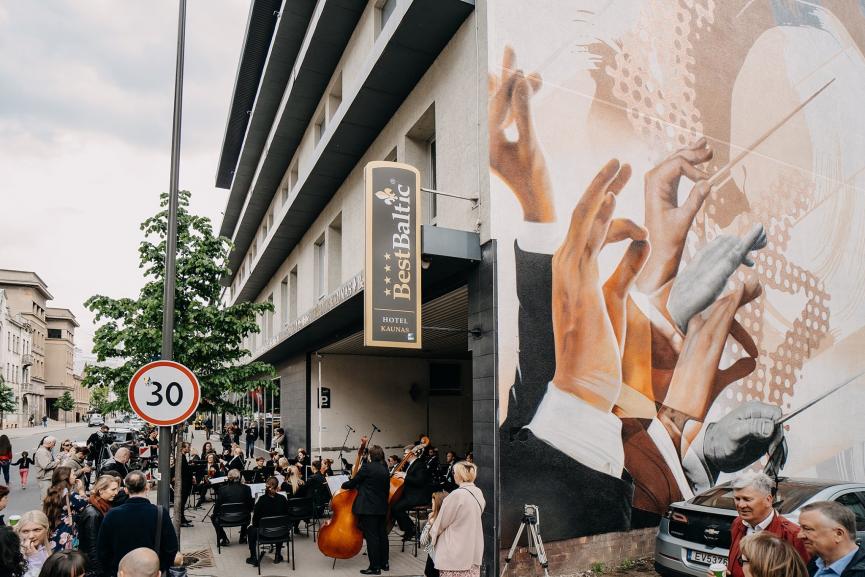 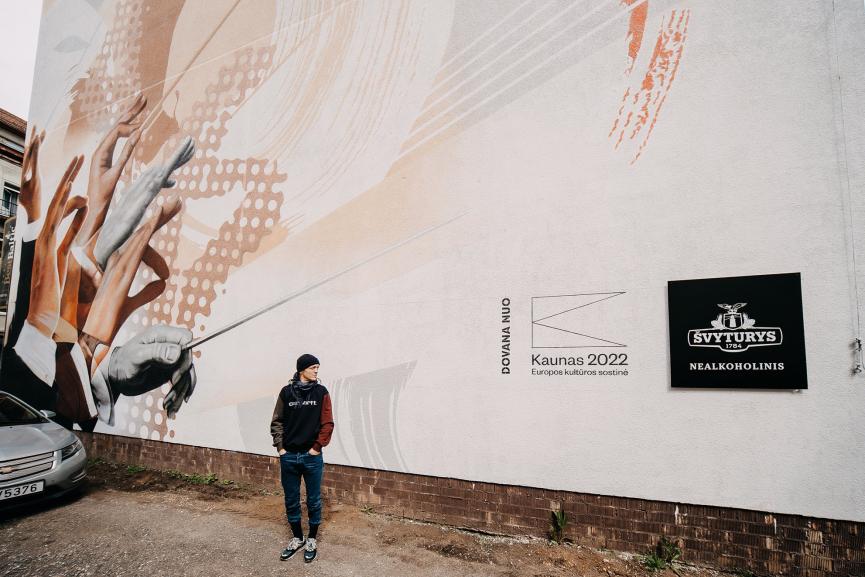 Aura – its French dancer Clara Giambino – was immortalised by Linas Kaziulionis, known for the 21st century Mona Lisa in the KTU campus and other witty drawings around town. Find the ‘Dance‘ on Nemuno street. 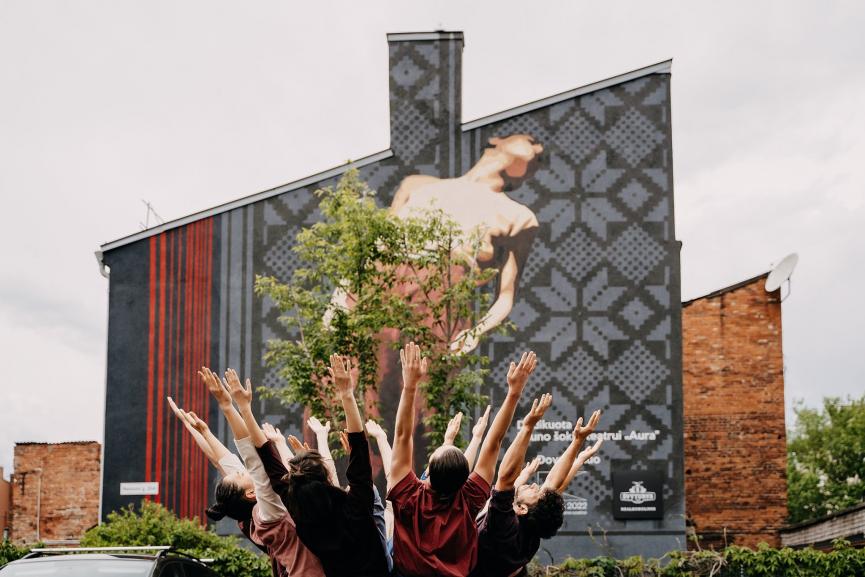 The legacy of Nemunas was interpreted by Karolis Grubis-Dėžutė, who placed a character he created himself, with a camera, on a magazine cover. The cover is surrounded by an editorial discussing the importance of art and artists in today’s world by the magazine’s editor-in-chief Erika Drungytė. The mural ‘Future‘ is best seen from Kęstučio street and is near the National Kaunas Drama Theatre. 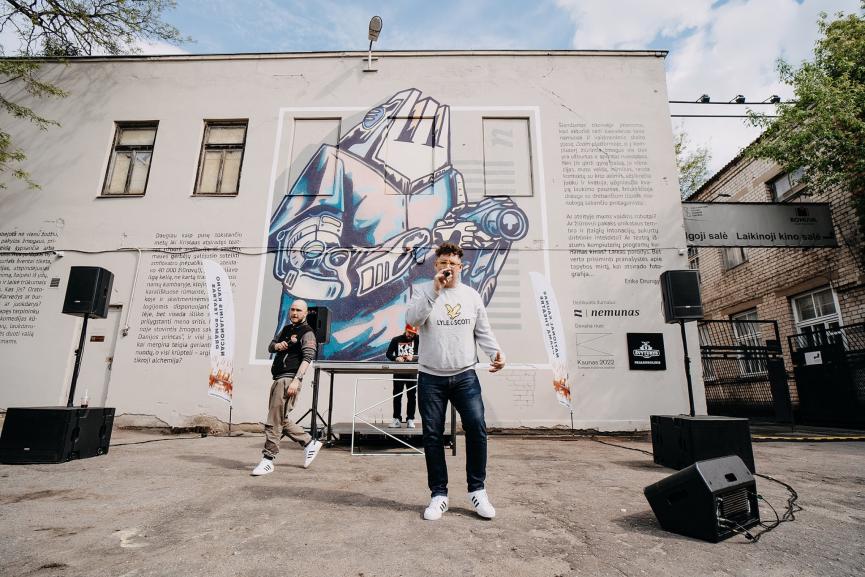 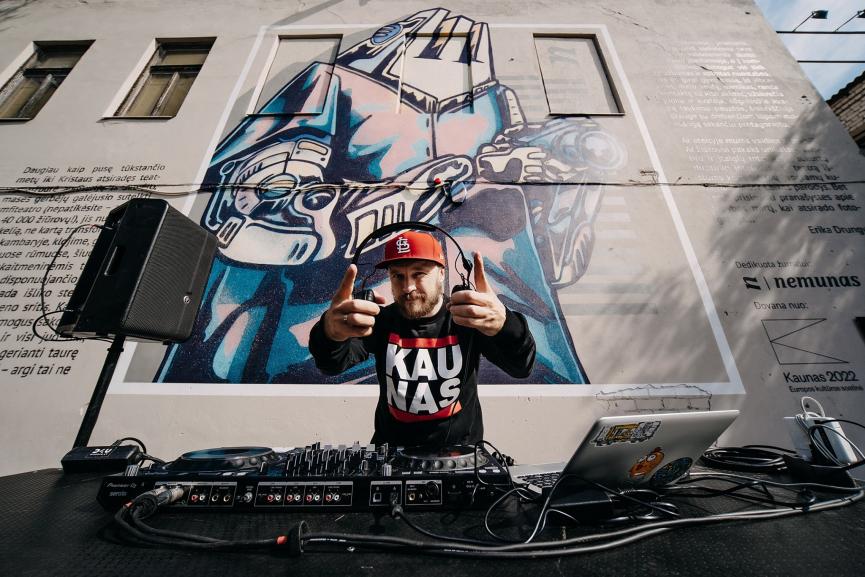 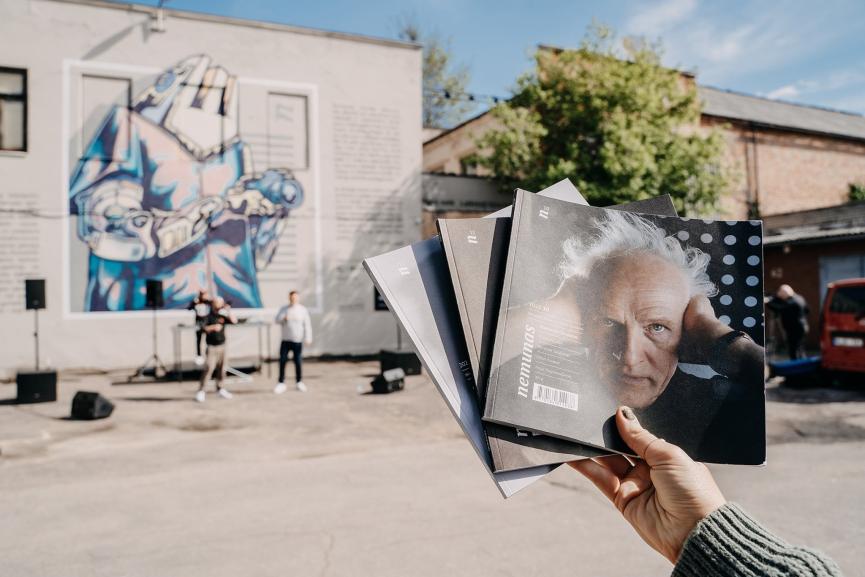 All photos by Martynas Plepys for Kaunas 2022

The new murals dedicated to the lighthouses of Kaunas culture were revealed on the city’s birthday on May 22. As you can see in the pictures, a short performance followed each revelation!