Arūnas Gelažninkas finished #30 in Saudi Arabia, riding on a KTM Rally Replica, with the support of the Zigmas Dakar Team. 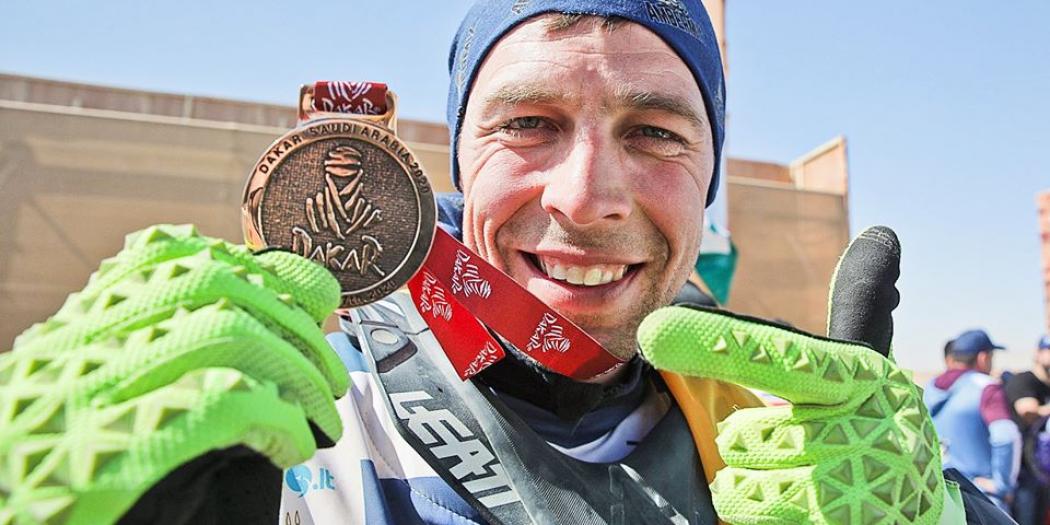 Even though we had a record number of Lithuanian and Kaunasian names in Dakar 2020, only one driver brought Dakar medal to Kaunas. It’s his second one – this year, Arūnas Gelažninkas has reached position #30 in the world’s toughest race.

Arunas Gelazninkas made it to history books as he finished #24 on his Dakar debut last year, achieving the best-ever Lithuanian finish in the bikes section. Let us remind you he started riding motocross at the age of nine, going on to become a motorbike instructor and branched out into enduro and cross-country. Following his successful debut Dakar, he won the 2019 Tuareg Rally and was once again crowned Lithuanian national champion. In Saudi Arabia this year, he rode on a brand new KTM Rally Replica, with the support of the Zigmas Dakar Team. 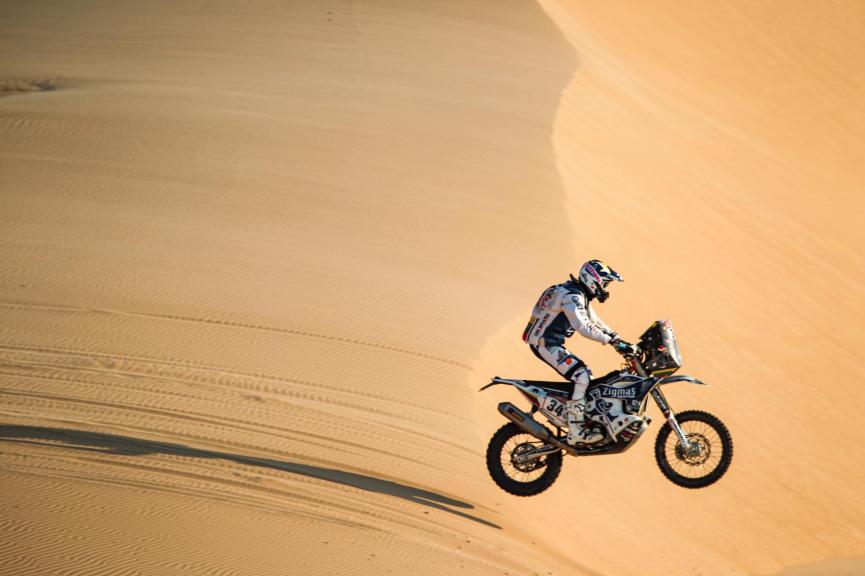 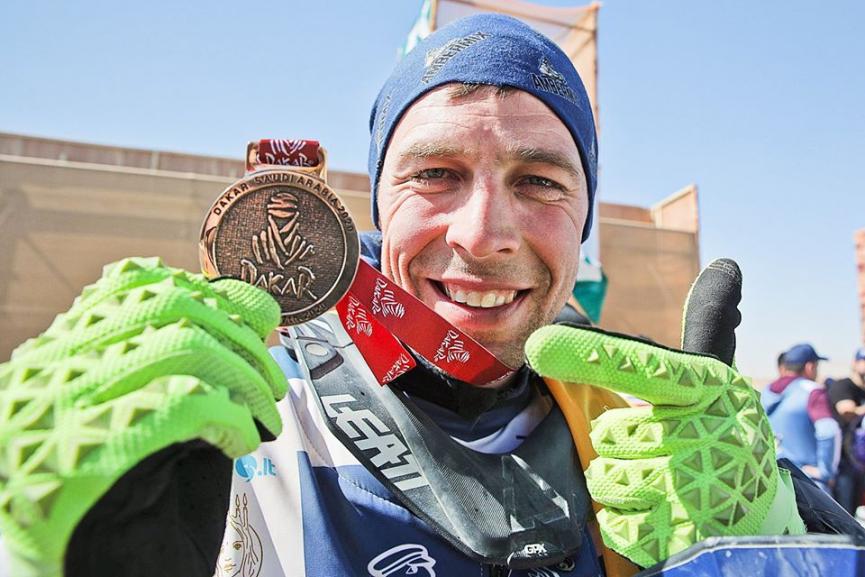 As the pilot only debuted in Dakar in 2019 in Peru, these are the two rallies he can compare; according to the Lithuanian, the Saudi race was much more about speed. As the bike rider badly fell off his KTM in one of the stages, he was subconsciously more careful and therefore might have been a little bit slower later, to avoid falling again. After landing in Vilnius, Arūnas revealed he still feels pain and will undergo medical tests. We wish our kaunastic hero all the best. 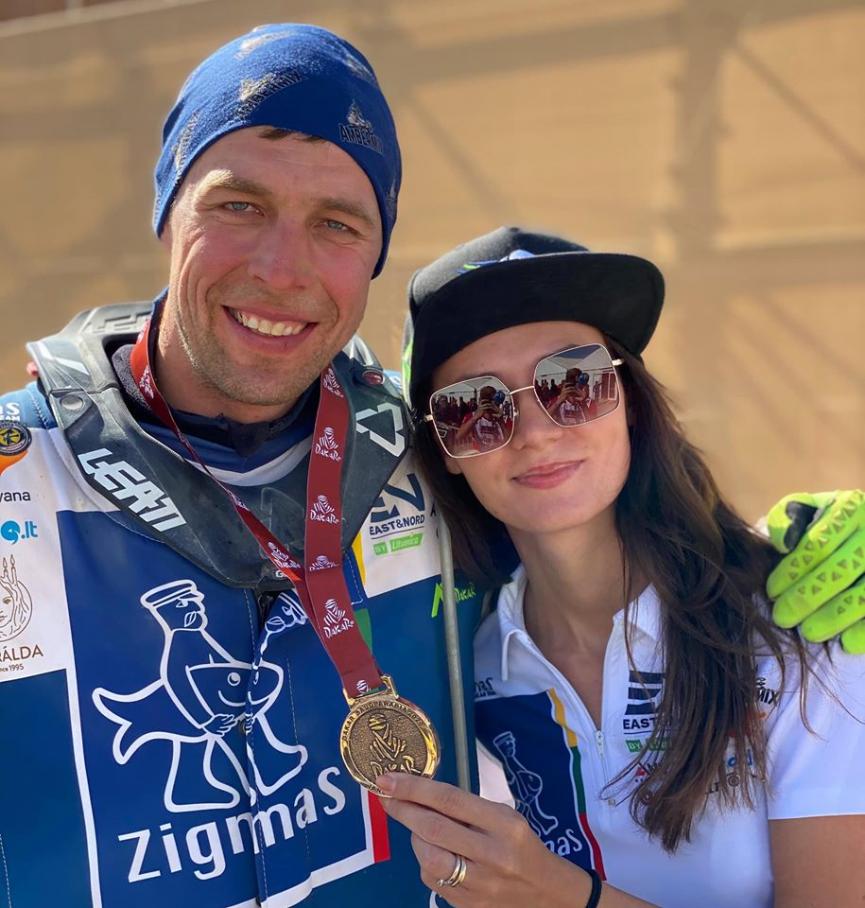 Arūnas’s wife, Emilija takes care of his marketing and communications. Last year, she followed Dakar from Kaunas, and in 2020 she supported her partner in Saudi Arabia and did a splendid job on social media. We did a profile on the kaunastic family last year – find the article here. Photo by Arunas Gelazninkas #ZigmasDakarteam

Arūnas hasn’t yet officially confirmed he’ll be back in Dakar in 2021. He stated, though, that he’ll be partnering with the same companies and it’ll allow him to compete again. Kaunas hopes so!