Discover the Wooden Architecture in Kaunas With a new Map 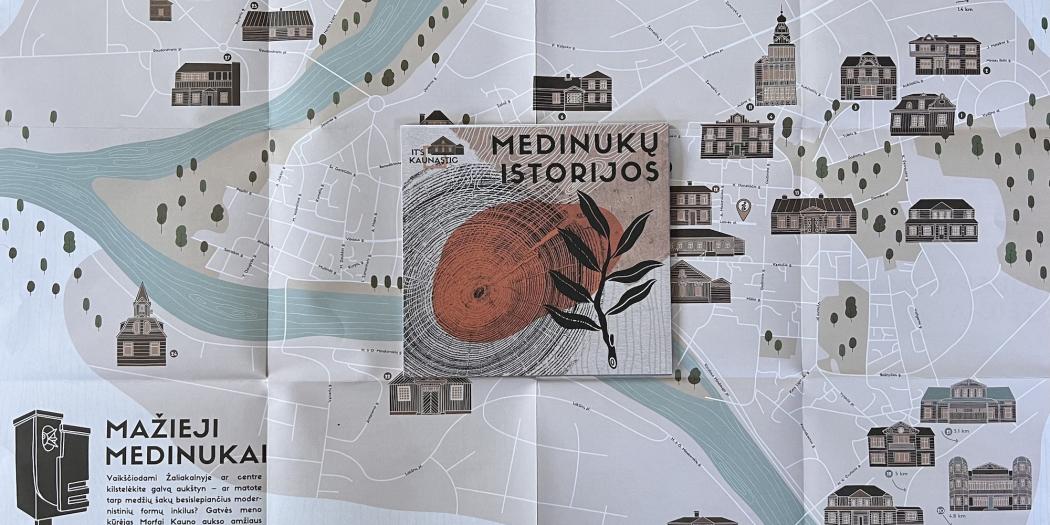 The It’s Kaunastic series of illustrated maps welcome August with a new route. Called “Wooden Stories”, it invites you to get to know the wooden architecture in Kaunas. Examples of it can be found in many parts of the city, including Žaliakalnis, Panemunė, Aleksotas, Vilijampolė and downtown Kaunas. The route is enough for several weekends full of discoveries!

The wooden face of Kaunas is warm, cosy and genuine. The architecture is unique in its smells, colours, textures and even sounds. These houses along the route reveal stories of their builders and inhabitants and the action that took or is still taking place. Built during the interwar period and earlier, the 19th century, it is both an essential part of the urban face of Kaunas and the history of the everyday life of ordinary people.

Today, houses in particularly attractive places in the city are disappearing, one by one. Although one might want to hurry, we suggest you take your time on this cosy route. Many of the houses marked on the map can be actually visited, spent time in, and even stayed in. 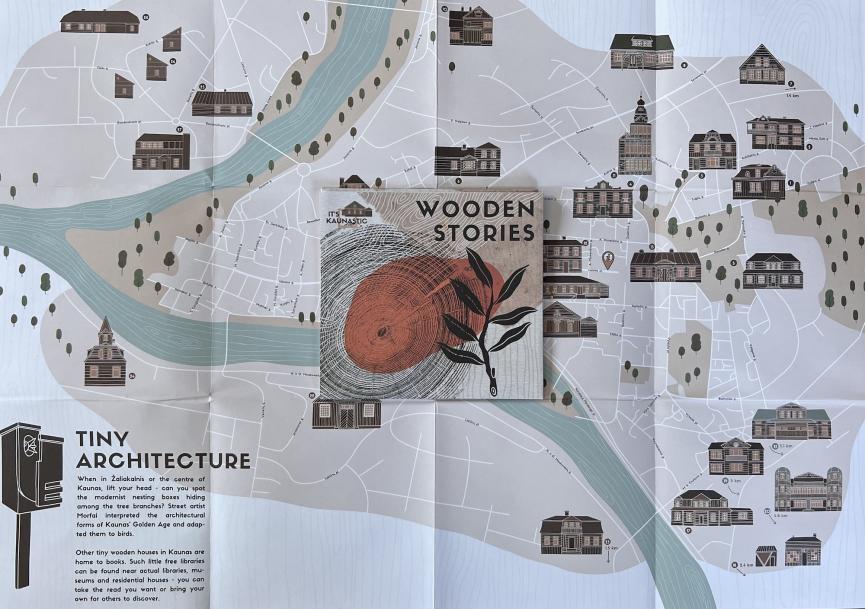 When visiting the objects along the route, you will notice many more wooden houses around them. Some even made for birds in the trees! We’ve told you – it’s a whole layer of Kaunas. Find more fascinating stories of wooden villas built at the beginning of the 20th century on the website of Modernism for the Future, the architectural heritage-dedicated program of Kaunas - European Capital of Culture 2022. Head to modernizmasateiciai.lt for pictures, drawings and personal interviews.

You can find the free printed map “Wooden Stories” in Lithuanian and English at the Kaunas IN Tourism Information Centre, Laisvės al. 36. This publication continues the It’s Kaunastic series, which since 2016 presents maps of Žaliakalnis, Aleksotas, Šilainiai, Vilijampolė, thematic routes of Kaunas nature, sports or gastronomy, as well as maps of Litvak, Scandinavian, Italian, Polish, Japanese, French traces in Kaunas. The maps are also available in PDF format here.