Explore the Old Kaunas with a Spirit

Presented by “Atminties vietos” project, “The Spirit's guide to the old city” is a video walk which could be called a physical cinema.

Ever wondered who lived in those old, mysterious buildings in the Old Town of Kaunas? Who were their owners, what were their professions? What structures actually existed before the new ones? A fantastic way to explore what has been lost is the “Spirit’s Guide to the Old City“, a video walk presented by “Atminties vietos” (“Places of Memory”). The free-form collective memory project launched a few years ago has since been incorporated in “Memory Office”, a larger scale program which is part of “Kaunas - European Capital of Culture 2022“ initiative.

The Spirit's guide to the old city is a video walk which could be called a physical cinema. It involves an audio and video narrative and the physical dimension - surrounding places of the city. It is an emotional and physical experience intertwining historical background and artistic reality, the past of the town and dramas of the people who once lived here and also the actual landscape of contemporary Kaunas. The voice of the so-called spirit tells us the story, which started at the end of the XIXth century. It is the story about two couples - Jewish and Lithuanian - who lived and ended their lives in this once multi-ethnic city”, the creators of the guide explain.

Lured? All you need is a mobile phone or a tablet, mobile data or Wi-Fi and a pair of headphones. The route starts near the church of St. Gertrude (Laisvės al. 101B). Go there, click the link, download the guide and start exploring. It’ll take 75 minutes. 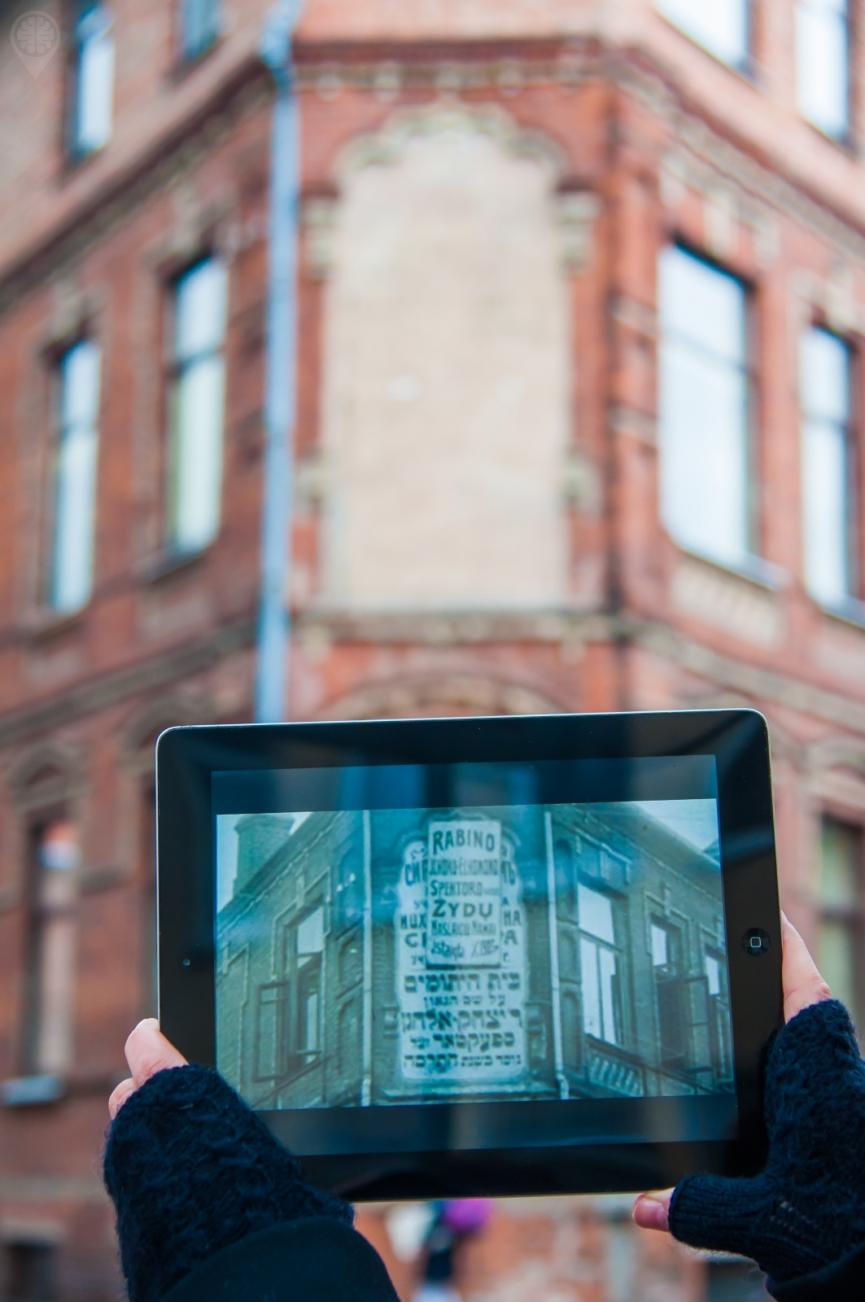 Picture by Jonas Petronis for "Places of Memory"

Produced by Daiva Citvarienė and written by Rytis Zemkauskas, both members of the core team of “Kaunas 2022“ team, the English version of the guide is narrated by Erica Jennings. The Irish musician has been living in Lithuania for quite some time now - she’s one of the most famous singers in the country.