From Kaunas to Dakar – And Back!

We met the kaunastic person of the month Arūnas Gelažninkas – his amazing wife Emilija and toy poodle Lilly, too. 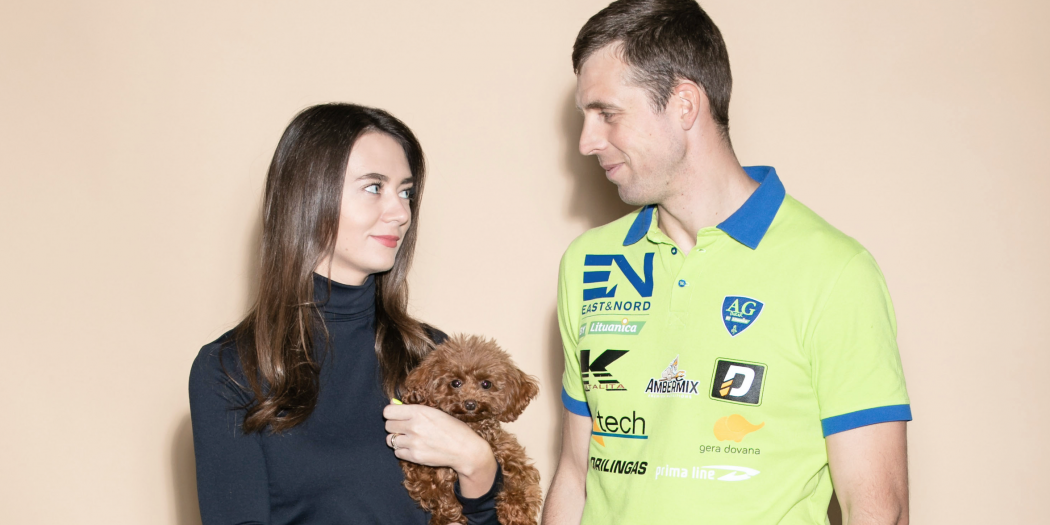 Dakar, the toughest rally event in the world, is very popular in Lithuania, thanks to veteran drivers Benediktas Vanagas, Vaidotas Žala and Antanas Juknevičius and Balys Bradauskas, the latter competing in the bike section. Almost a year ago, we jumped from joy after reading the news – the Kaunas-based multiple Lithuanian motocross and enduro champion Arūnas Gelažninkas announced he’s ready for his Dakar debut. He fulfilled his lifelong dream during his 25th season on a bike – and it was well worth it! On January 19, Arūnas came back to Kaunas wearing a Dakar medal and holding a Lithuanian record in his pocket – he secured the 24th position and finished 4th among the Dakar first-timers.

There are a few reasons we invited Arūnas to meet us – first of all, we wanted to congratulate him in person and find out more about his way to Dakar. Secondly, we were eager to buy the neon green hoodie of his team “AG Dakar: East & Nord by Lituanica”. Very useful during the dark hours! Thirdly, we were dying to meet Lilly, a toy poodle Arūnas and his wife Emilija brought to the meeting. We’ve been following Lilly on Instagram for some time now – she’s one kaunastic puppy. 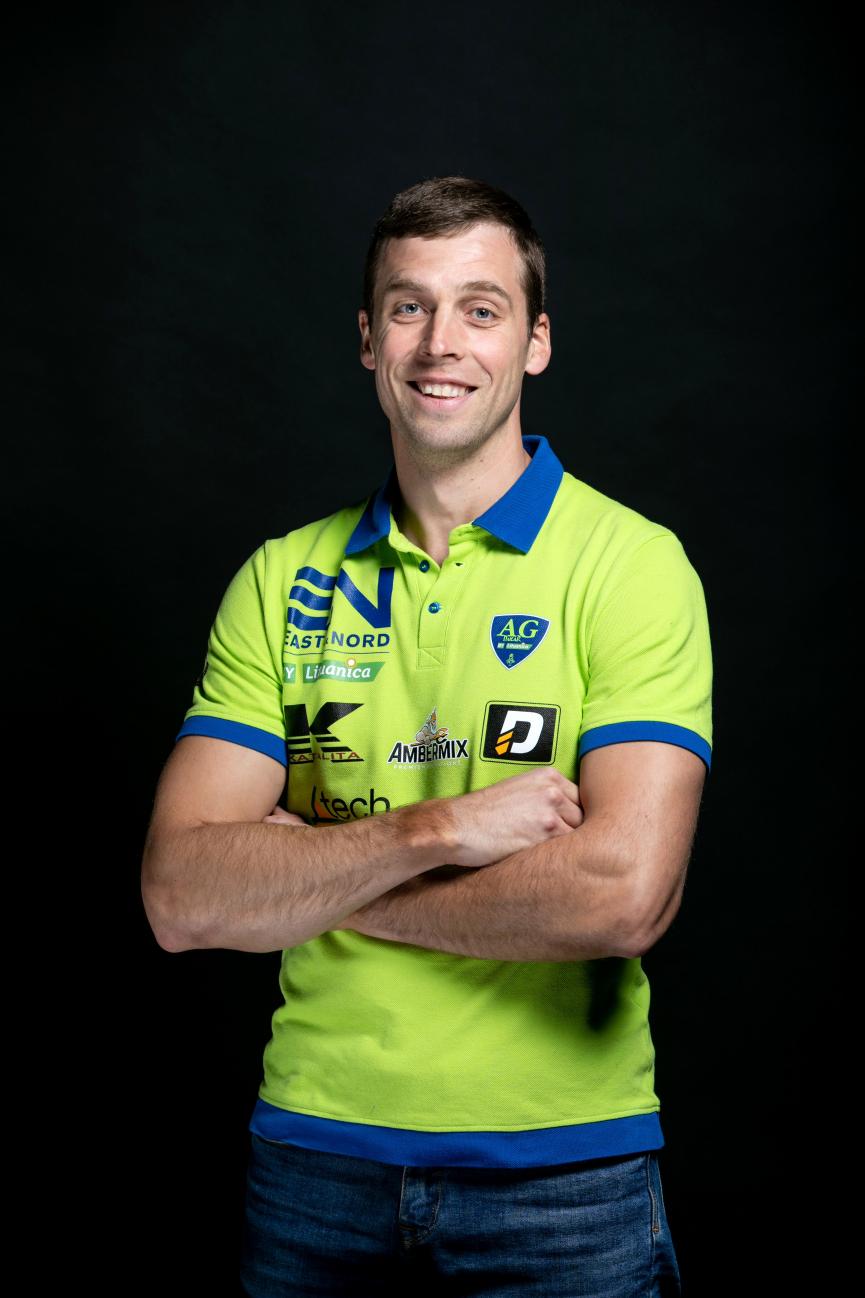 Photo by Teodoras Biliūnas © It's Kaunastic

Interestingly enough, Lilly didn’t post any updates during Dakar, where Arūnas went with his partner Andrius Jonaitis and a very international team. Must have been busy cheering… Emilija told us she was swamped all the time, too: “I spent the first few days worrying, and then it was pure work – I posted the team’s updates on social media and interacted with the fans”. Quite a lot new people started following Arūnas during the period of the rally. “Some really tried to explain how to ride, when to accelerate and so on,” says Emilija. She points out many fans also asked questions about the durability of the bike and Arūnas’s health. It’s much tougher on a bike than in a car – we’re glad all went well. 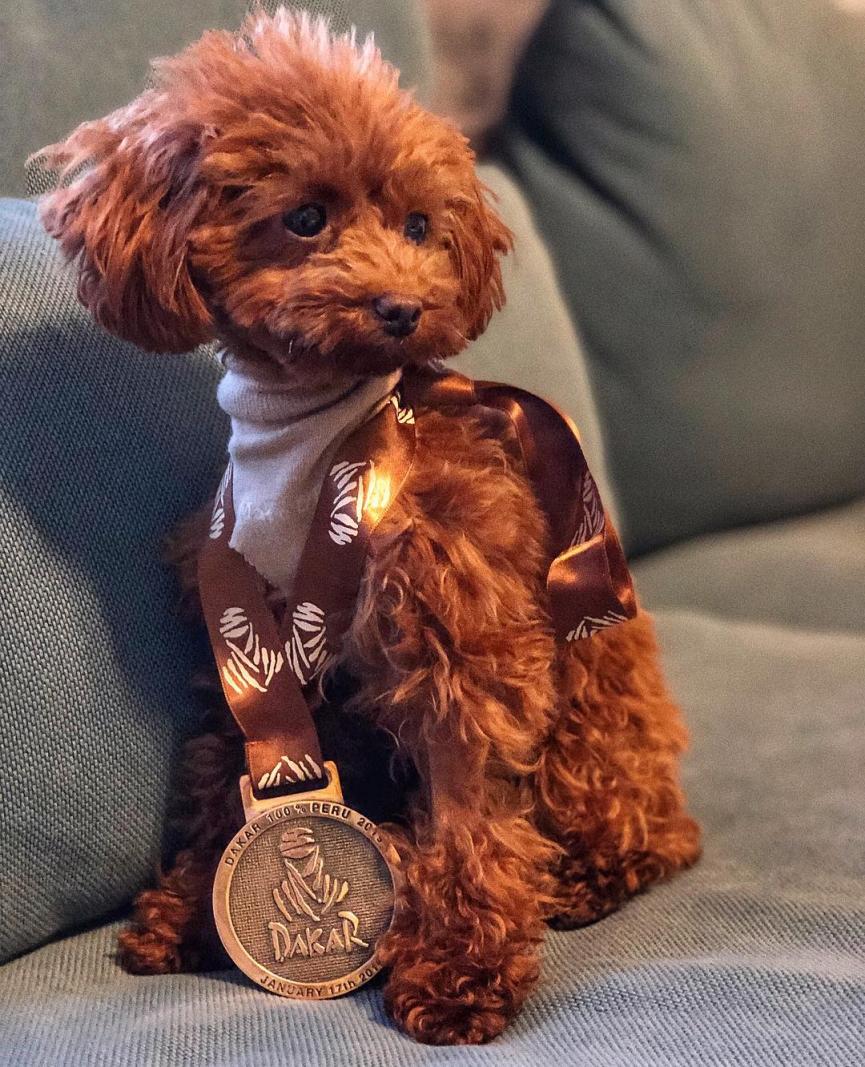 Arūnas has been riding a bike for most of his life. He started in Neveronys, a town near Kaunas – together with his mates, they rebuilt an old track and used it heavily. He says there’s currently one bike track in the city, in Petrašiūnai micro-district, and a few more in the suburbia. The lack of facilities kind of explains why he’s the only professional rider in his age group. “I’m glad young talents are stepping in,”, smiles Arūnas, and reveals yet another dream of his. It’s a base where one could come over and try riding a bike without actually having to buy one. We’d love to visit it!

Dakar took place in Peru this year, so we wondered if Arūnas didn’t want to do some sightseeing, too, as he boarded a plane almost immediately after the podium. “Well, during the rally, I can only think about riding, and after I’m done, I really want to go home,” he explains. You know, comfy bed, favourite food… Food, right, is there a place in Kaunas Arūnas and Emilija like to go after events like this? 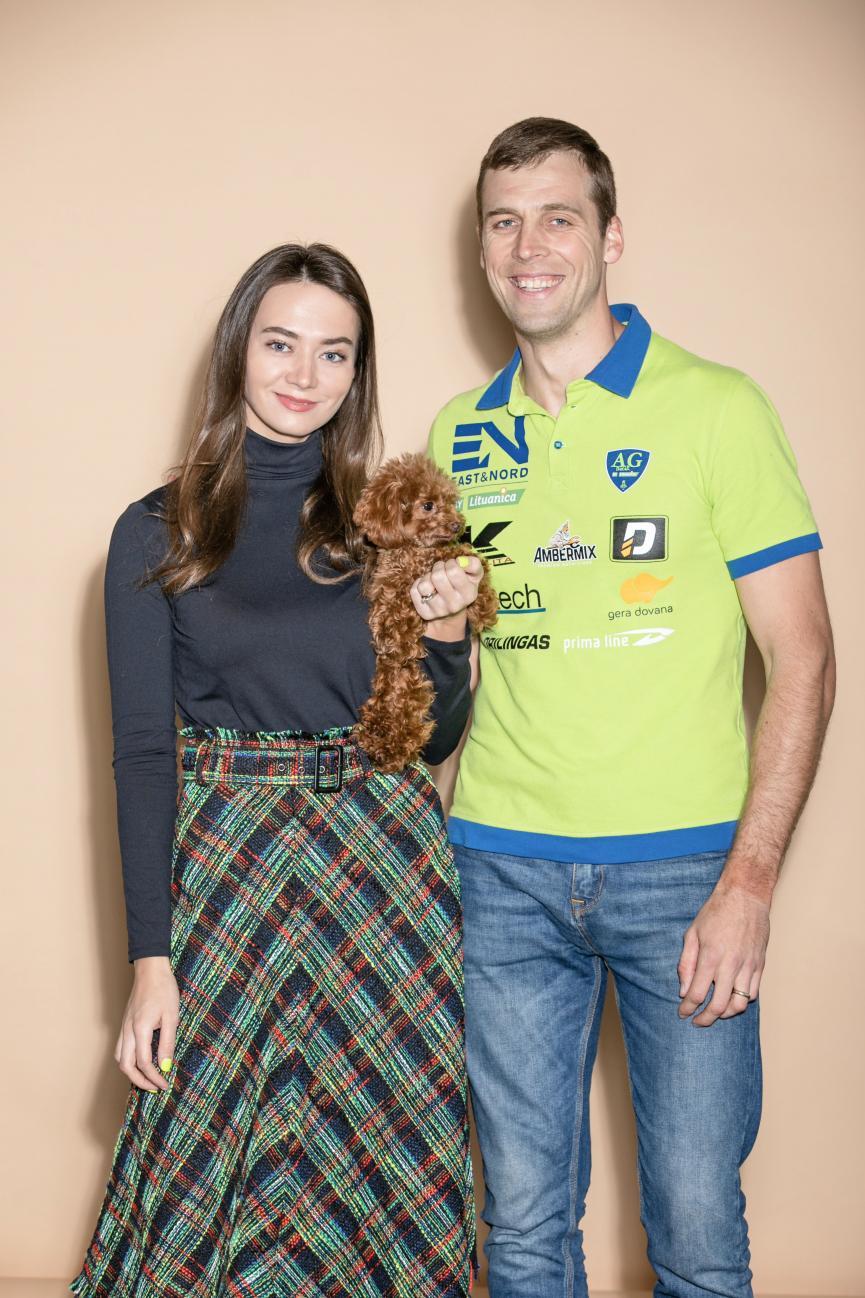 Photo by Teodoras Biliūnas © It's Kaunastic

“We don’t have a single favourite location, but we tend to visit Buon Giorno Trattoria quite often because it’s right next to our flat – and they really love Lilly”, laughs Emilija. She says Casa Della Pasta is a very dog-friendly place, too, as well as the Caffeine chain.

What’s next for the kaunastic family? “We’re going to Thailand for a couple of weeks – and we’re taking Lilly with us!“. In March, Arūnas will participate in Touareg rally in Algeria. “It’s one tough rally – in fact, it’d be great if it took place closer to Dakar, as it’d be excellent practice”, smiles Arūnas. Does this mean he’ll go back to Dakar in 2020? “We haven’t decided for sure yet, but, of course, it’d be amazing to go and achieve better results”. Emilija would love to go, too!