From Slovenia to Kaunas. Talking Theatre and Basketball with Jaša Koceli

The theatre director enjoys the lengthy pedestrian avenue Laisvės alėja, goes swimming in the Girstutis pool and drinks a lot of coffee.

International productions happen more and more often in Lithuanian theatres. Currently, a Slovenian company is working in National Kaunas Drama Theatre. Electra, based on ancient Greek tragedies by Sophocles, Euripides and Eschilo, will premiere at the end of March. Its director, a young Slovenian talent Jaša Koceli, has already gotten to know Kaunas and finds it exciting to work in an international environment.

When moulding the dramatic texture, director and dramatist Jaša Koceli employed texts of ancient Greek authors reflecting the myth of Electra. Director created an original interpretation of the myth, focusing it on a waiting-woman. Electra, daughter of Agamemnon, the hero of Trojan War, and Queen Clytemnestra, is mourning her murdered father and waiting for the return of her brother with the intention to avenge for her father’s death. Depression, abuse, lack of possibilities, childhood, and broken dreams are confined in her waiting. Electra is not only a character of ancient Greek drama but also a symbol of a modern fighting woman.

As Jaša told Lithuanian national radio, he could imagine himself living in Kaunas. He likes the attitude of Kaunas citizens and enjoys the lengthy pedestrian avenue Laisvės alėja, goes swimming in the Girstutis pool and drinks a lot of coffee. The truth is, most of his time is spent in theatre itself. With his Slovenian crew of choreographer Tajda Podobnik, composer Miha Petric, set designer Darjan Mihajlovič Cerar, lighting designer David Andrej Francky, visual artist Mankica Kranjec and costume artist Branka Pavlič, the director works with Lithuanian actors. He cast them by watching more than 15 performances in the theatre and mentioned “The White Shroud”, “Mechanical Heart” and “Four” among his favourites. 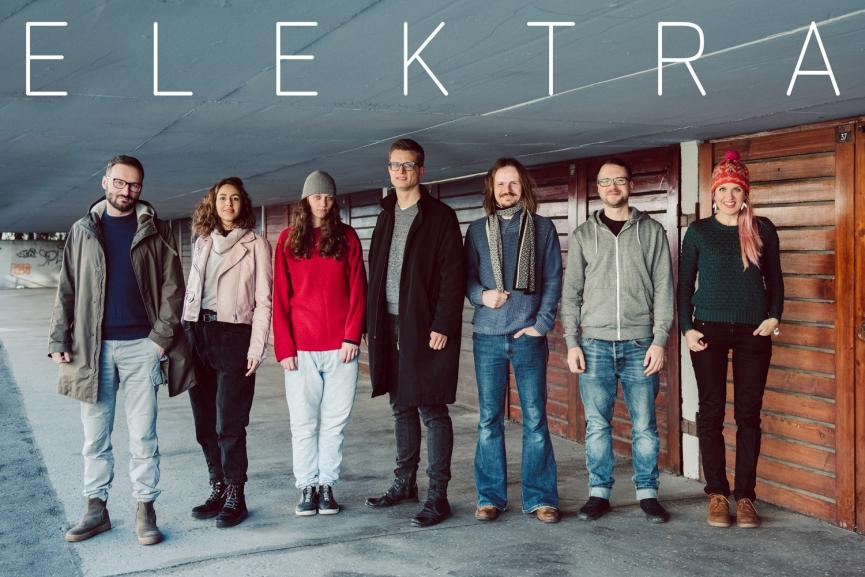 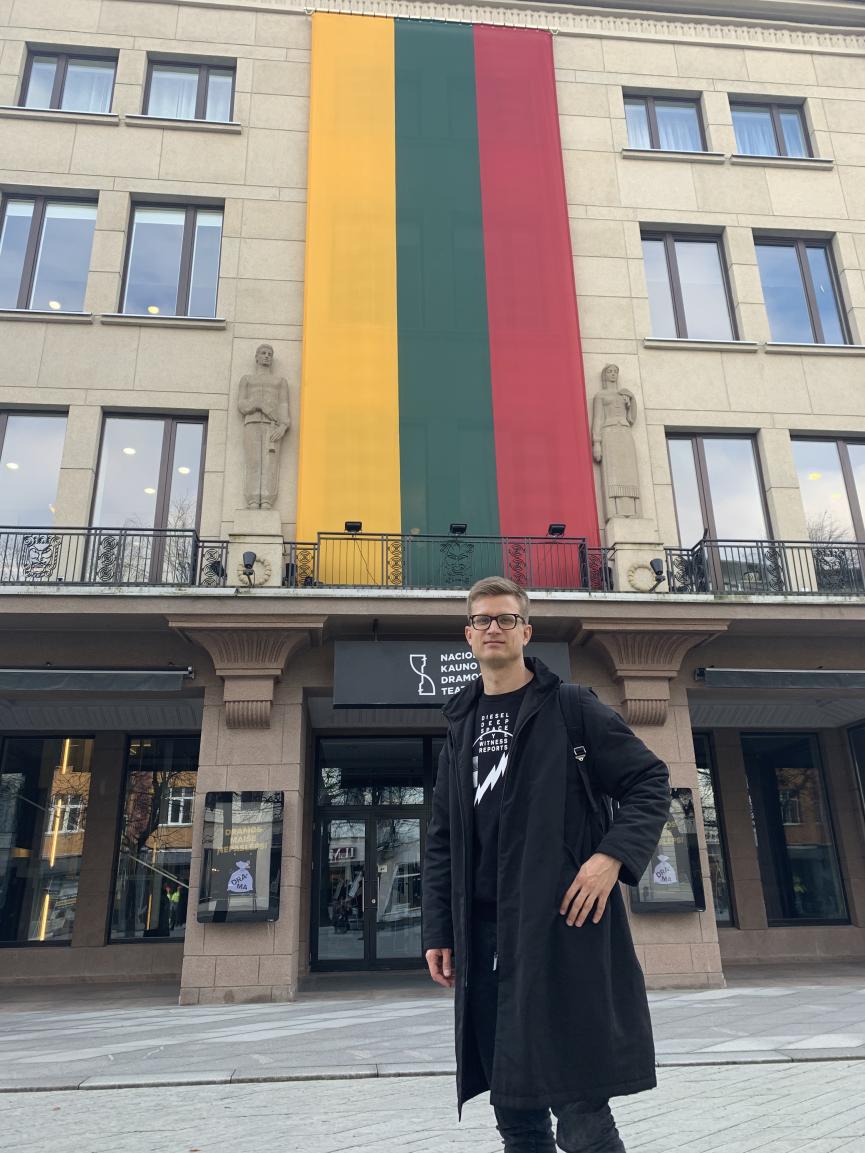 Jaša Koceli in front of the theatre

Even more Slovenians will come to Kaunas later this year – on June 20-28, our city will host FIBA Olympic Qualifying Tournament. Our national men’s basketball team will face Jaša’s team – and he’s more than excited the Slovenian prodigy Luka Dončić has promised to join the Slovenian squad.

“I was in one game between Žalgiris and Olympiacos – I sent some pictures to my Greek friends: ‘Look where I am! You’re losing’. I was part of this 14,000 people in [Žalgirio] arena. It’s quite nice – so maybe I became even more connected with the city, when I visited the game,’ laughed the theatre director in the radio interview.

On the spot, he came up with an idee fixe for the Summer: “We’re gonna be here, so maybe we should make a tourist arrangement for Slovenians to visit the basketball game AND Electra in the National theatre?” We agree!

Another exciting thing – Jaša used to work as a tour guide in Greece – this is one of the reasons he’s into classical Greek literature. But not only because of that – the director values the human archetypes presented in the classical works, and especially the powerful female figures. We can’t wait to see what the new concentrate of the Electra character will look like on the main stage of National Kaunas Drama Theatre.

Electra based on the works of Sophocles, Euripides, Eschilo will be shown with English surtitles on March 25 at 6 pm and April 21 at 6 pm. Tickets are already on sale. More about the performance.