Getting Spiritual in Kaunas (A new Route)

Pilgrim’s Guide to Kaunas by It’s Kaunastic presents dozens of churches and other spiritual places in our city. 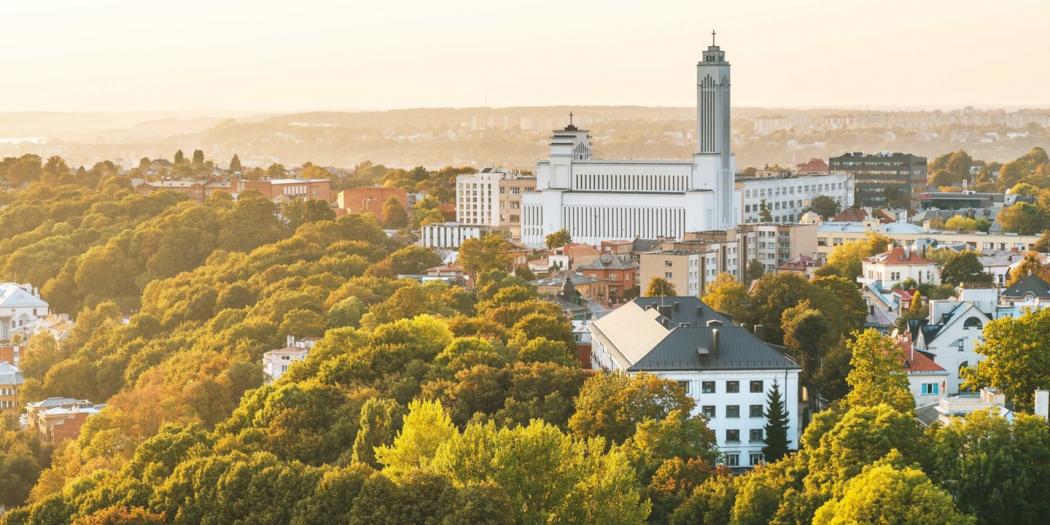 One of the newest routes in the It’s Kaunastic series, called Pilgrim’s Guide to Kaunas, invites travellers to discover a city full of spiritual treasures with an impressive history and surrounded by religious architecture, picturesque panoramas, and houses of prayer.

Did you know that a pilgrim - peregrinus in Latin - means “traveller”? Travels allow you to rediscover other people and even yourself! Travelling through Kaunas shrines, you will discover what lies behind the doors of magnificent buildings and colourful stained glass, or maybe even allow yourselves to have a conversation with God.

Two popes - John Paul II and Francis - walked the streets of Kaunas and became the pilgrims of this city. Their lives testify to the belief that we can discover the greatest treasures if we search with our hearts. Are you ready for it?

The route starts at the Archcathedral Basilica of apostles St. Peter and St. Paul, which was first mentioned in 1413. It has been repeatedly repaired, reconstructed and expanded. Although built during the Gothic period, it also stands out with its late Baroque and neo-Gothic features. Up until the year 2000, the organ of the Archcathedral Basilica was the largest in Lithuania. In the right nave of the church, you will find the neo-Gothic chapel of the Holy Sacrament, where the adoration of the holy sacrament takes place. Come in for a moment to enjoy the silence. 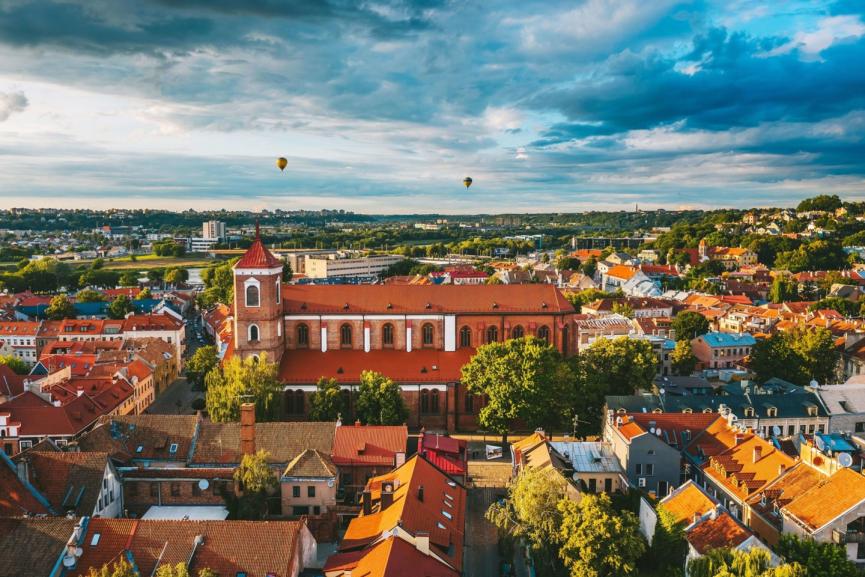 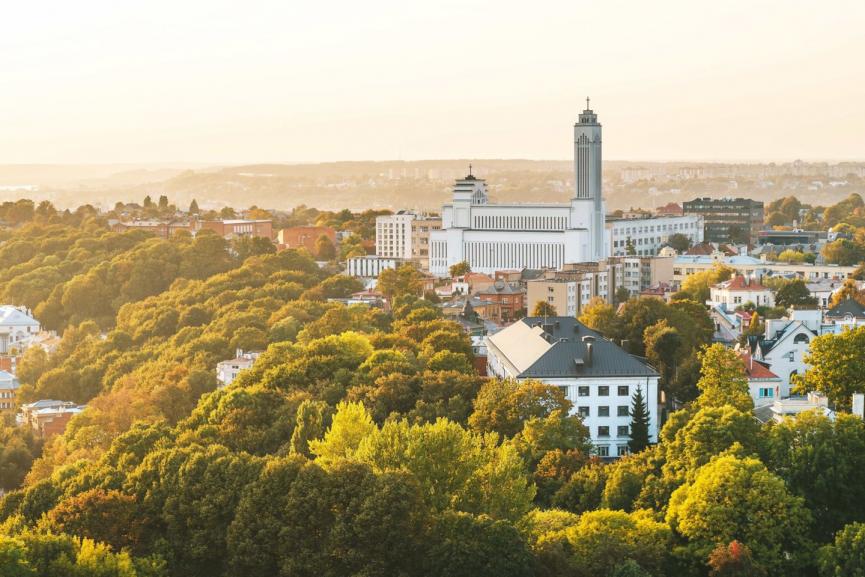 Everywhere you look, there's a church! Photos by A. Aleksandravičius

Then continue through the numerous churches in the Old Town of Kaunas, each hiding a special story, discover tiny secret chapels, visit the cross reminding of our national tragedy – the mass deportations to Siberia – and continue to be amazed by the new sacral architecture of Kaunas. You can even visit the authentic homes of three priests, which are museums today! In total, Pilgrim’s Guide to Kaunas includes 36 stops and should be pleasantly enjoyed in the scope of at least three days.

Even though Catholicism is the prevailing religion in Lithuania, this map also intends to remind everyone Kaunas has always been a multicultural city. Thus, not only Lutheran heritage is on the route, but also places of worship of Muslims, Russian Orthodox, Old Believers and the only functioning synagogue in our city. If you are interested in the Jewish history of Kaunas, including the stories of synagogues, we recommend our routes called The Litvak Landscape and The Litvaks of Slobodka.

Pilgrim’s Guide to Kaunas, as well as almost 30 other illustrated, themed routes in Kaunas, is available online at www.kaunastika.lt and can be easily accessed both on desktop and your mobile phone. You can also download a full illustrated map with descriptions as a pdf here.

Additionally, a wide selection of illustrated printed maps in English about architecture, street art, history, food etc. in Kaunas are available at Kaunas IN Tourism Information Centre at the Kaunas Town Hall (Rotušės a. 15). 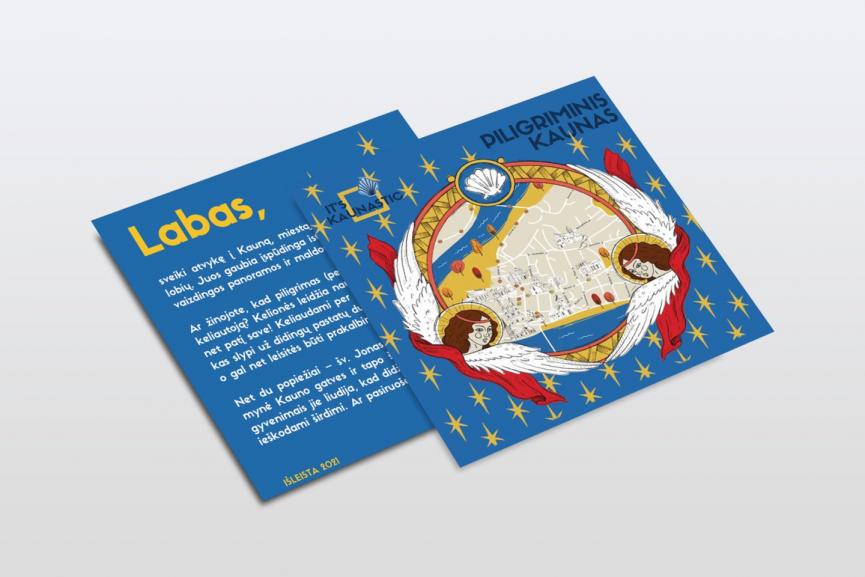