Tartu, known as the intellectual capital of Estonia, will become the European Capital of Culture in 2024. 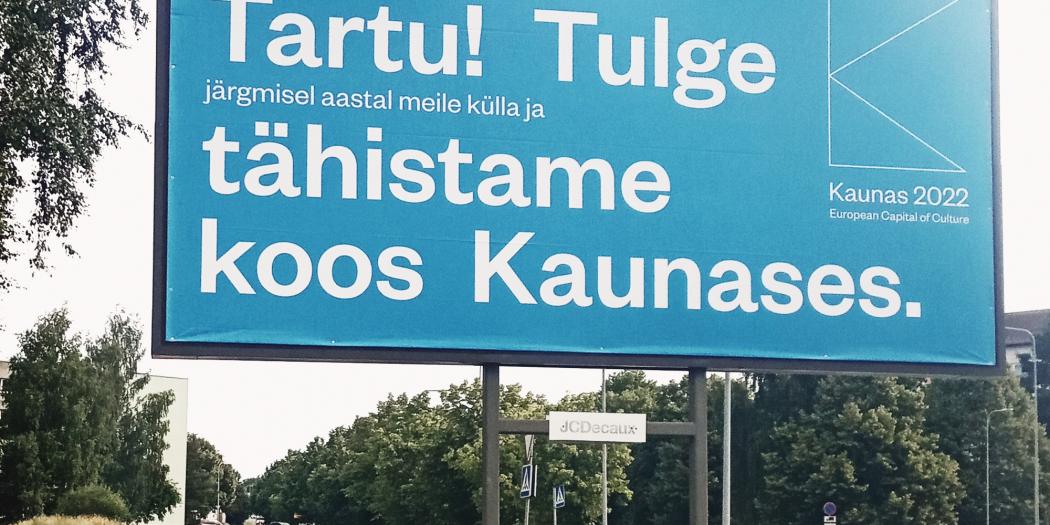 Kaunas, a city where you cannot escape culture, is known for its unconditional love for sister cities in Lithuania and abroad. Just recently, it has sent its first-ever birthday postcards to Tartu, Estonia. The shipment costs are not revealed, but the size of the postcards – and good wishes – is motivating.

For reasons known too well, organising trips is not so easy these days – but it’s always possible to send greetings. So, starting June 29, the people of Tartu – both downtown and “sleeper” districts – can read warm wishes from Kaunas on billboards, including an extended invitation to visit Kaunas in 2022.

Both Kaunas and Tartu are second cities in their countries; the official pact of cooperation was signed in 1993, but the friendship dates back many years. In fact, there once was a trendy restaurant, “Tartu” in Kaunas – many older residents keep a special place in their hearts for memories about it. Tartu, of course, had a restaurant called “Kaunas”, and to this day, it has a Kaunas street! Residents of it and passers-by also have the privilege of the gigantic birthday card from Kaunas. 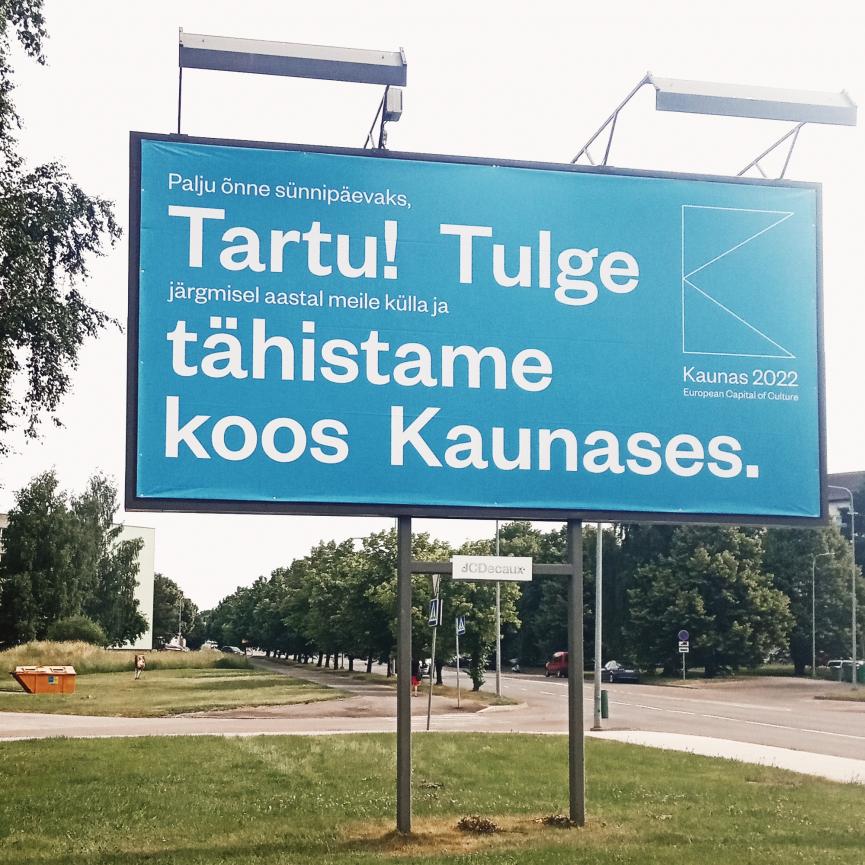 Kaunas hopes that the friendly gesture will help strengthen the cultural bridges between Lithuania and Estonia and invite for the co-creation of many artistic projects in the future, both for Kaunas 2022 and Tartu 2024.

The European Capital of Culture year in Kaunas will reveal a newly created myth of the Kaunas City. The main character of it – the playful but dangerous Kaunas Beast – will prevail in many of the year‘s projects.

The Mythical Beast of Kaunas narrative will unfold in next year’s great mythical trilogy comprised of the Uprising (January 19–23), Confluence (May 20–22), and Treaty (November 25–27).

Of course, residents of Tartu, Estonians, and people from all over the globe are more than welcome all year long, as Kaunas and Kaunas district will host more events than days in the year 2022. In fact, it will become one big European stage.