‘Go Away, Winter’, or the Lithuanian Mardi Gras

In Lithuania, we call the holiday Užgavėnės, which can be loosely translated into ‘Before fasting period’. Plenty of pancakes must be eaten. 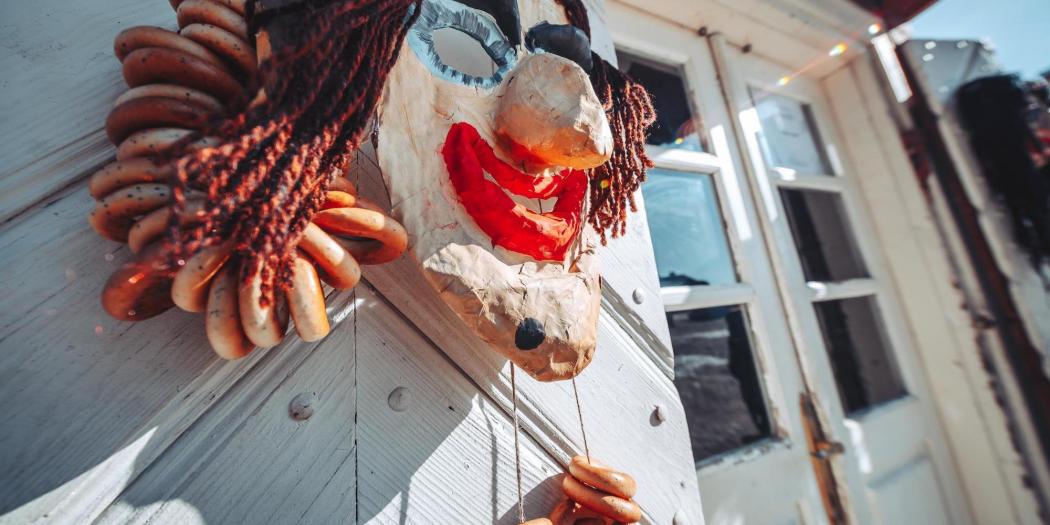 While the climate change has influenced the Lithuanian winter scenery and we’ve had almost zero snow this year, traditions must be followed. On February 25 this year, the Christian world celebrates Fat Tuesday or Mardi Gras, which refers to events of the Carnival celebration. Around the world, the feasts beginning on or after the Epiphany (Three Kings Day) and culminate on the day before Ash Wednesday (known as Shrove Tuesday). Mardi Gras is French for Fat Tuesday, reflecting the practice of the last night of eating rich, fatty foods before the ritual fasting of the Lenten season. In Lithuania, we call this holiday Užgavėnės, which can be loosely translated into ‘Before fasting period’.

The celebration of Užgavėnės involves burning of Morė, an effigy of winter. It symbolizes the defeat of winter and also involves a battle between Lašininis (“porky”) personifying winter and Kanapinis (“hempen man”) representing spring. Devils, witches, goats, grim reaper and other characters appear in costumes during the celebrations. Masks for Užgavėnės are made in various workshops before the holiday. You can see a vast array of Užgavėnėsque characters in the world’s only Devils Museum in Kaunas. No wonder it’s one of the most popular objects of interest in our city.

The participants and masqueraders dance and eat the traditional dish of the holiday – pancakes with a variety of toppings. Many cafes and restaurants will take care of your belly on Užgavėnės, even if they usually don’t serve pancakes. We recommend trying places serving traditional Lithuanian food like Višta Puode, Bernelių Užeiga or Etno Dvaras; the french creperie Mesje Skonis is also a good option.  Even Spurginė, the iconic donut place in Laisvės alėja, can guarantee enough fat before the fasting weeks. 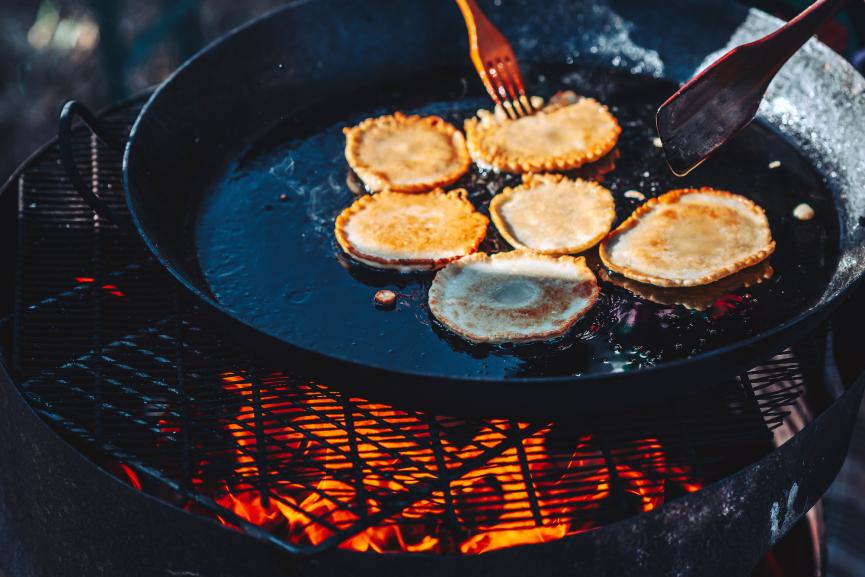 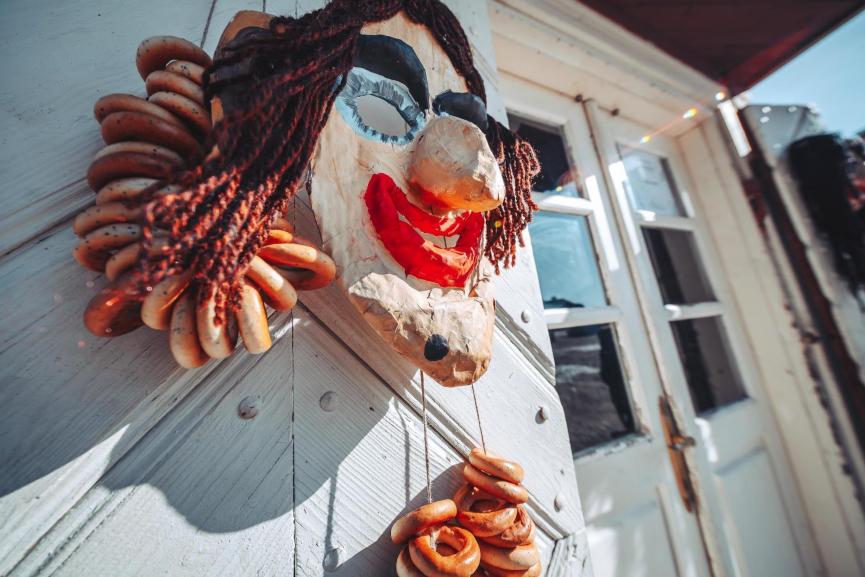 For a massive community celebration, we recommend heading to Rumšiškės, a town 30 min ride from Kaunas. It’s the location of Open-Air Museum of Lithuania, a vast outdoor space with traditional houses, examples of ethnic arts and crafts, etc. To make it more convenient for people that actually have to work on Tuesdays, the Užgavėnės feast is always held on a Saturday before the real date in Rumšiškės. This year, it’s February 22. Come early and expect queues – everyone loves burning Morė and eating pancakes. Full programme in English can be found here. Charge your camera and put on your dancing shoes, as there’ll be loud music and other traditional yet enjoyable elements of a good party. Oh, we even recommend buying a ticket in advance, just to save some time. 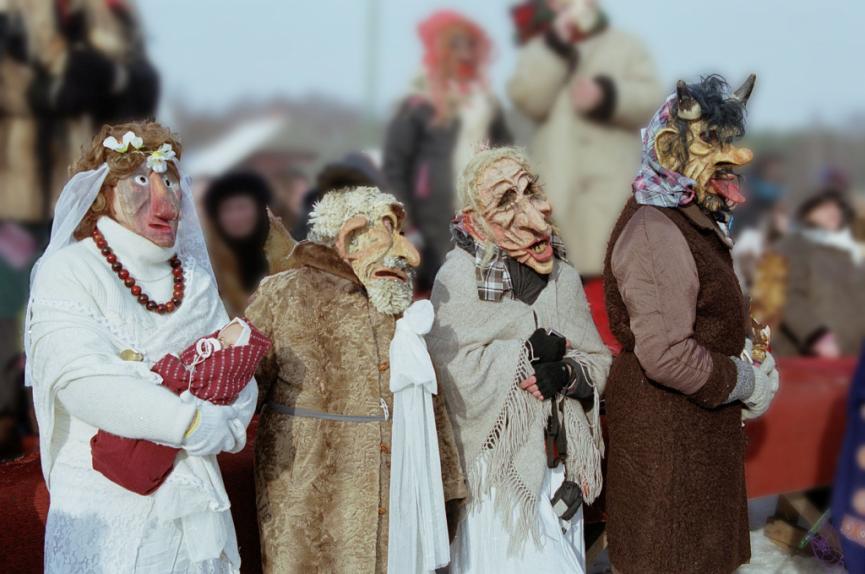 Photo by Open-Air Museum of Lithuania

Also on Saturday, a big party will be held at the 3rd Fort of Kaunas Fortress. Music, dance, the fight of lašininis and kanapinis are all on the menu; a local horserider community is also planning to attend. Facebook event.

VMU Botanical Garden, a spectacular place in Freda neighbourhood of Kaunas, invites everyone to celebrate on Sunday, February 23. You can participate in the best mask contest or help pick the winner, sing and dance with local folk ensembles, play games, taste tea from herbs grown in the garden and eat pancakes, also attend an arts and crafts fair. Facebook event. 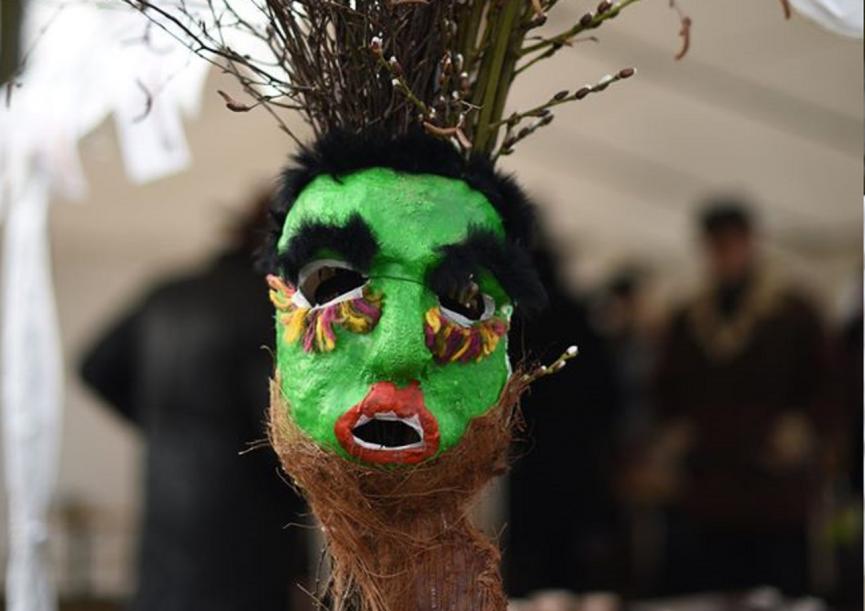 On the ‘real’ date, February 25, there are a few options to celebrate Užgavėnės in Kaunas. The community of Vytautas Magnus University Faculty of Social Sciences is inviting everyone to eat pancakes, dance and sing together with VMU Folk dance group Linago. Meet everyone at Jonavos g. 66, first floor near the bar, 12:30 pm sharp! Facebook event.

For a more lengthy experience, head to Dainavos park. The communities of neighbouring apartment blocks will gather from 11 am to 2 pm on Tuesday to – yes, of course – eat pancakes and have a splendid time. Facebook event.