History. The Campuses of Kaunas 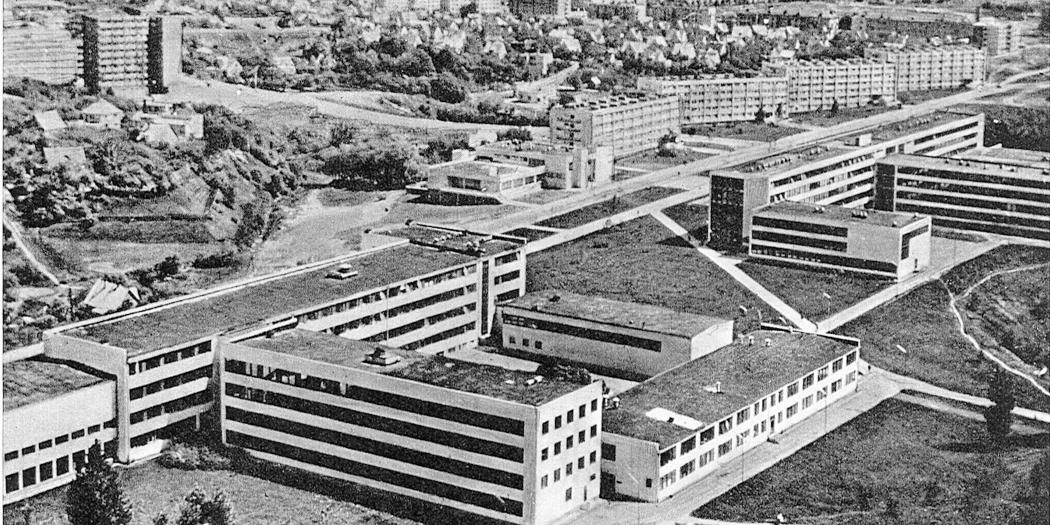 The image of a student city in Kaunas is reflected primarily through the thousands of young people who are rushing to auditoriums every day. But most don't remember the fact that universities have had a significant impact on the city's urban fabric. Kaunas has three university campuses, and we can even find a fourth one in the memories of the oldest residents. Unfortunately, it had only reached a rudimentary stage. Usually, a university campus is a separate student republic will all the necessary study infrastructure. In many languages, these blocks have a much simpler name - campus. In Latin, this word meant a simple field.

So, this time we talk about campuses in Kaunas.

The main university in the country, founded in 1922, and later given the name of Vytautas Magnus, had many issues with premises - newly established faculties and departments had often nestled in small unfitted rooms. Thus, the talk about creating a university campus had started relatively early. It was also mentioned in the famous P. M. Frandsen's city planning project in 1923. Country's higher education centre was supposed to be established in Žaliakalnis, in the current neighbourhood of Perkūno alėja, but later the location changed and the new plan was to build it on a different hill - on the plot gifted by Jonas Vailokaitis in Linksmakalnis.

You can find remaining sketches of the block's projects with the planned construction of the faculty chambers, student quarters and the section for professors' villas. And yet, such ambitions were too costly for a young state. And it took almost eight years to build the chambers of physics and chemistry faculties (the only ones that were finished). Among other things, the vicinage of the main airport of the country at the time proved to be unfavourable to this idea. And when the only building that stood there was gone after World War Two, and a portion of the academic potential started leaving Kaunas, the idea was not further developed. However, the academic life remained on the Aleksotas hills - now it's where VMU Music Academy is located.

A way more successful project was Veterinary Academy (currently part of LSMU) complex. This educational institution was one of the main academic priorities for the agriculture-oriented state at the time. To further develop the livestock farming, it was urgent to develop veterinary science: in 1932 there was one specialist for five small rural districts. In the early 1930s, the construction of a modern complex started in the outskirts of Vilijampolė. It was being slowly expanded - the complex included the educational veterinary clinic and a facility for autopsies. Besides, it continued to develop during the Soviet period and does so to this day. It's the only academic campus set up in the interwar period that remained to this day. The complex with a red tilling roof which appeared in Vilijampolė that was full of small wooden houses was considered as one of the poorest neighbourhoods in the city - then became a sort of a new centre in this part of the city that was thought of as the beginning of Slabada history. 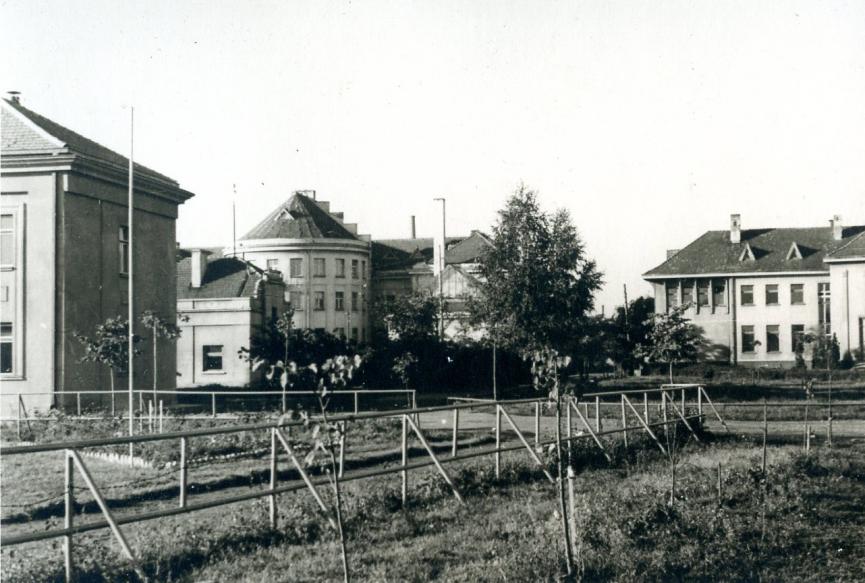 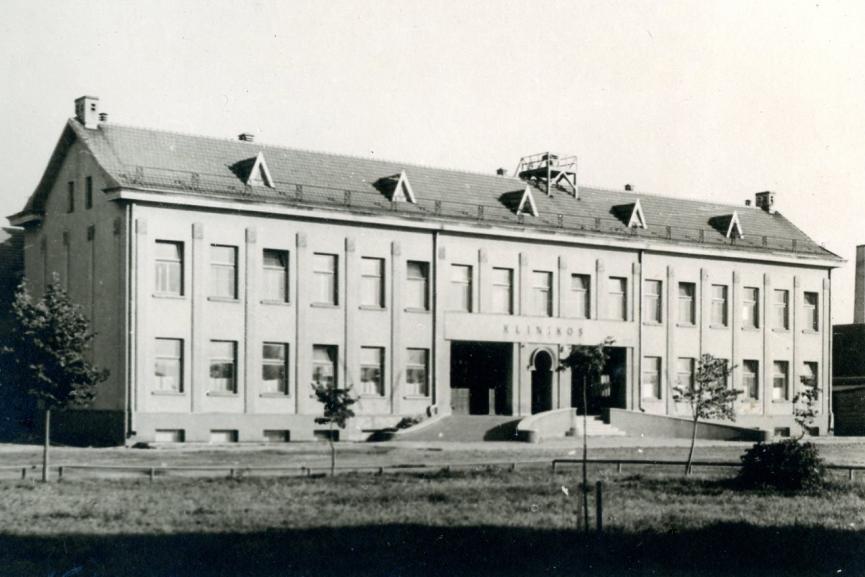 During the World War Two, Dotnuva area suffered a disaster. A large part of the former complex of Lithuanian Agricultural Academy was destroyed. It had been founded there because of its central location. Yet, the hardship of one region was an opportunity for Kaunas to maintain a part of its academic potential. When the Soviet authority was destroying the former Vytautas Magnus University and transferring the faculties to Vilnius, a new campus for future agricultural specialists emerged in Kaunas (now Aleksandras Stulginskis University). Kaunas architects provided the complex with the forms typical of interwar modernism. As the architect of the central chambers Liucijus Dringelis remembers, the designing process included some misunderstandings. During the construction, the socle part of the building which was included in the design had disappeared, and it slightly distorted the building's composition. The town became a strange symbol of socialist realism which successfully adhered to Lithuanian architecture. 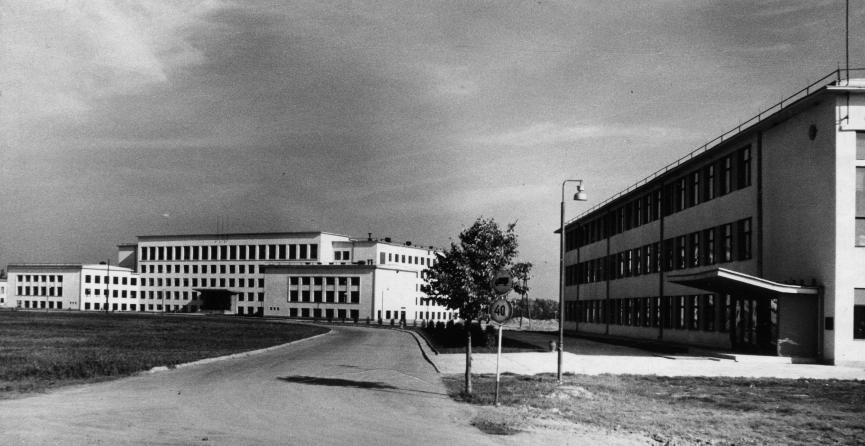 The main building and the mechanisation faculty of Lithuanian Agricultural Academy, 1964. Picture by Stanislovas Lukošius. 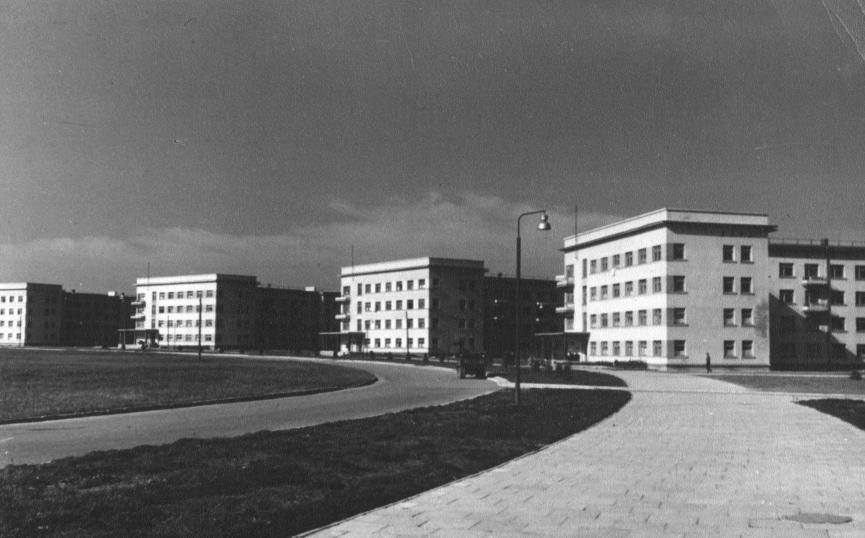 The dormitories of Lithuanian Agricultural Academy, 1964. Picture by Stanislovas Lukošius.

Kaunas Polytechnic Institute campus (now KTU) marked a new stage in Lithuanian modernist architecture. It was designed by Vytautas Dičius who was responsible not only for more than one exciting project of the time in Kaunas but also for urging architects of the older generation to go work in Kaunas after the faculty of architecture was moved away from Kaunas (see the April issue of Kaunas Full of Culture). Then, faculty after faculty, a whole complex for technological sciences started emerging in the 60s - 70s in the territory that was at the outskirts of the city at the time. Interestingly, according to the initial idea, the campus was supposed to expand to the other side of K. Baršauskas Street, but later it was decided to stay more compact. The complex complimented the former Research Laboratory of the Ministry of National Defense, allocated for academic purposes - the most functionalist building of the interwar period which eventually became a sort of gateway to the student campus. That's how two epochs of Lithuanian modernism came close to each other and supplemented each other at the same time. 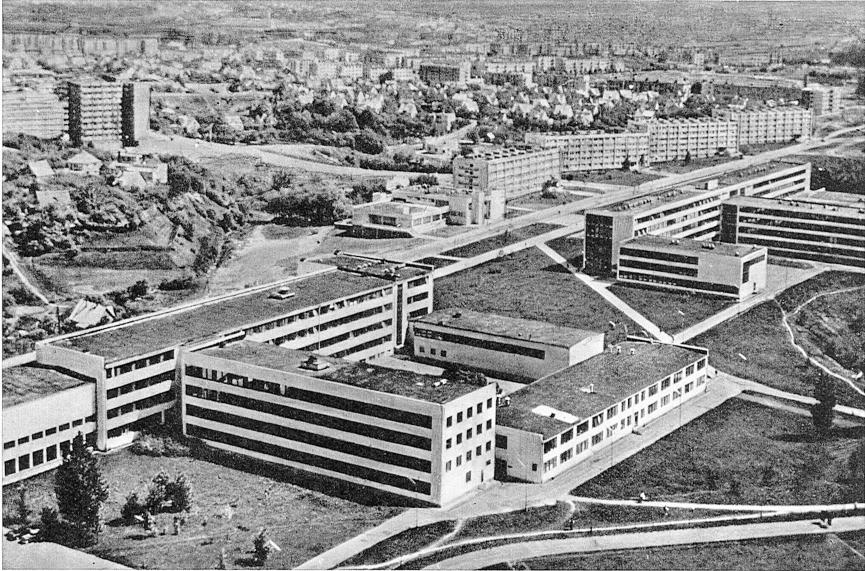 KTU campus in the 1970s. From the publication “Kauno politechnikos institutas”.

The article by Paulius Tautvydas Laurinaitis was published in the November issue of Kaunas Full of Culture magazine. The magazine archive can be found here.