In, by and for the Water: Refreshing Ideas for Summer in Kaunas

Summertime is the best time to make the most of the fact that Kaunas is a city of rivers, nestled in the bosom of the Nemunas and the Neris rivers, and even has its own sea. 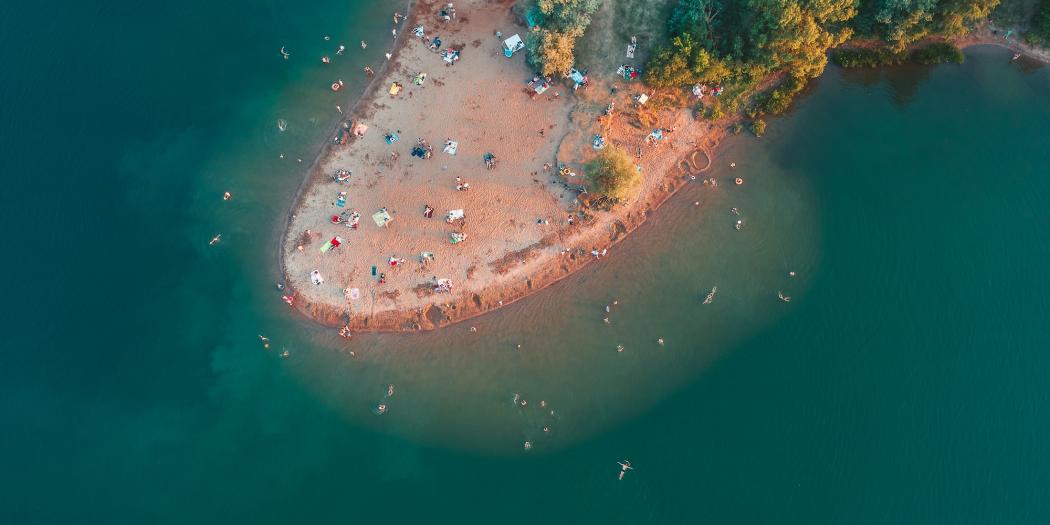 The human body is made up of about 70% water, but did you know that a happy person spends 70% of his or her leisure time by or in water? We’re joking, of course, but summertime is definitely the best time to make the most of the fact that Kaunas is a city of rivers, nestled in the bosom of the Nemunas and the Neris rivers, and even has its own sea. Okay, that’s another joke, but the Kaunas Lagoon is indeed the largest artificial body of water in Lithuania. And even though it's not even a hundred years old yet, Kaunas residents can’t imagine their leisure time without the lagoon. Neither do they imagine themselves without Lake Lampėdis. See you by the water?

A Resort in the City

In the interwar period, Kaunas, the temporary capital of Lithuania, was surrounded by official resorts. Villas in Panemunė, Kulautuva and Kačerginė were built by members of the political, economic, cultural and artistic elite of that time. Many of these beautiful houses have survived to this day, with paths winding through them to the beaches. Visiting those blocks and towns means breathing in the atmosphere of an art deco holiday!

In Panemunė, by the river Nemunas, you can also visit the pine grove, a perfect place for jogging or taking a leisurely stroll. And after a sunbath, you can enjoy the city’s trendiest pizza at a spot called Ipanema. There are also music nights! It’s a bit quieter near lake Lampėdis, on the other side of Kaunas, but there’s never a shortage of people enjoying the good weather. After all, it’s more fun to spend your lunch breaks on the beach than in the office kitchen. 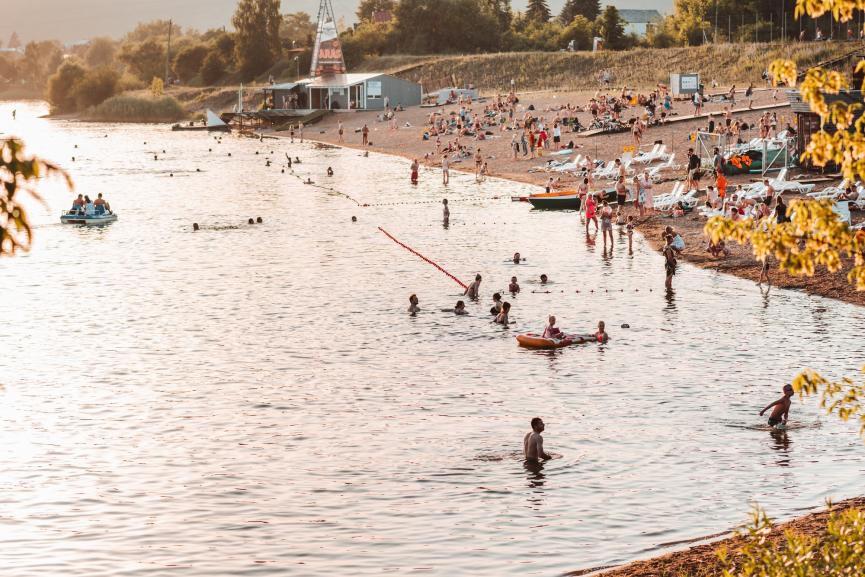 “Raketa”, or “Rocket”, is the name of a high-speed passenger ship to Nida, the picturesque resort in Western Lithuania. The historic yet super trendy boat takes off from Kaunas, and if you don’t plan to visit the seaside, there are plenty of water routes in and around our city.

From the centre of Kaunas, you can reach the cosy town of Zapyškis and the contemporary art and culture ship “Nemuno7” moored there, as well as other settlements in the suburbs of Kaunas filled with the spirit of the inter-war period. For example, the boat “Žalgiris”, which leaves from Žalgirio Arena pier on the Nemunas island, will reach Raudondvaris in one hour, Kačerginė in two hours, and Kulautuva in two hours. You can bring on your bicycle on board and pedal back to Kaunas - or vice versa. Find our recommendations for boat trips here.

On the other side of the Kaunas Hydroelectric Power Station, on the banks of the Nemunas River, is the health resort of Birštonas, also accessible by boat. Or maybe you’ll just enjoy a sunset on the Kaunas Lagoon? The owners of the boats and yachts here can organise a personal celebration for you. We recommend Party Cruiser, the true leisure captains of the so-called Kaunas Sea - now in their thirteenth season, they organise cruises, offer windsurfing lessons, and rent out paddleboards and jet skis. 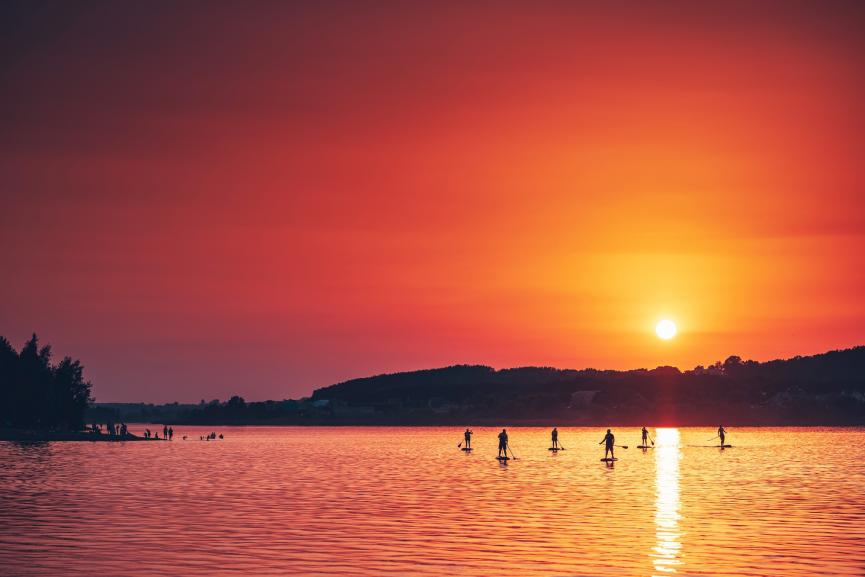 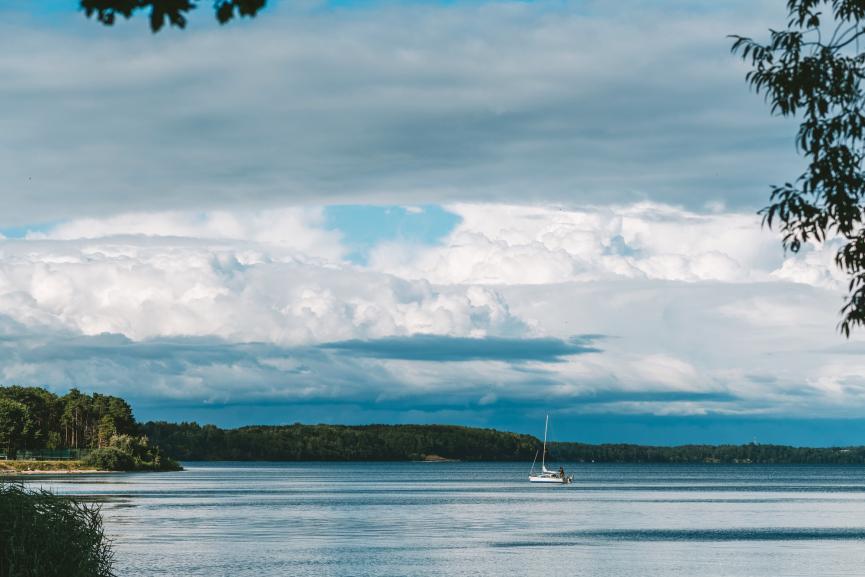 Cycling - With a Splash!

One of the freshest routes for cyclists in Kaunas stretches for 14 km. From the Town Hall Square, where you’ll also find drinking water stations, all the way to Chechen Independence Square in Eiguliai, you’ll visit a dozen historical and contemporary fountains spouting refreshing water, and you can also take a ride on the historic funicular along the way. You might even have the courage to take a dip in Vienybės (Unity) Square - kids do it every day! For the “Summer Fountains” route and more ideas for cyclists, visit the “Like Bike” website. 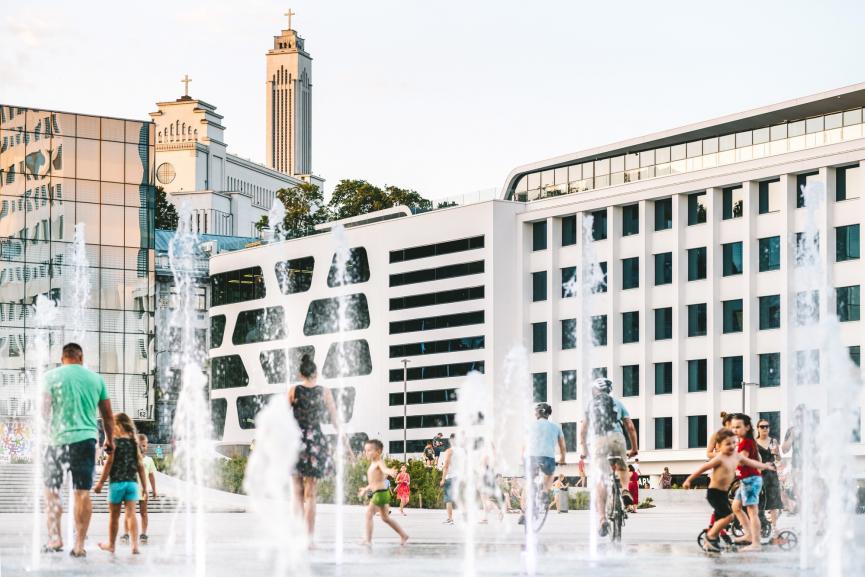 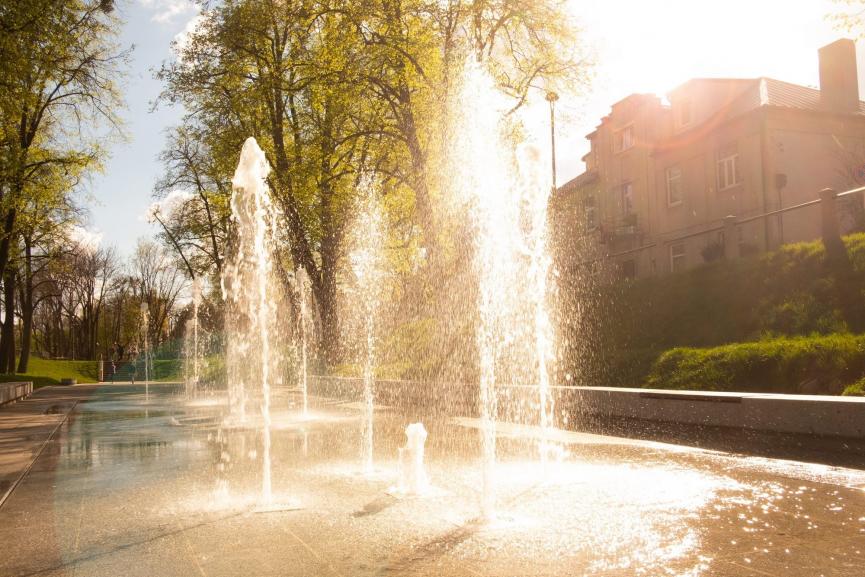 Not just lying around, but working out and getting in shape - it’s a lot more fun to exercise by the water in the summer than in a dark gym, right? You enjoy the scenery, the freshness of the water, and the calories just keep burning. Ideal? It really is. Just choose whether you want to try wakeboarding in one of the several parks in Kaunas and Kaunas district (the latest hit is “Vanduo Marse”, or “Water on Mars”, where you’ll not only ride in circles but also enjoy a delicious meal), rent a paddle board and enjoy the beautiful banks of the Nemunas or Neris rivers, or maybe jump into a good ol’ kayak. You'll also find plenty of like-minded people in the Kaunas Lagoon, where you can go sailing and even surfing, but you’ll need a speedboat to make those waves. 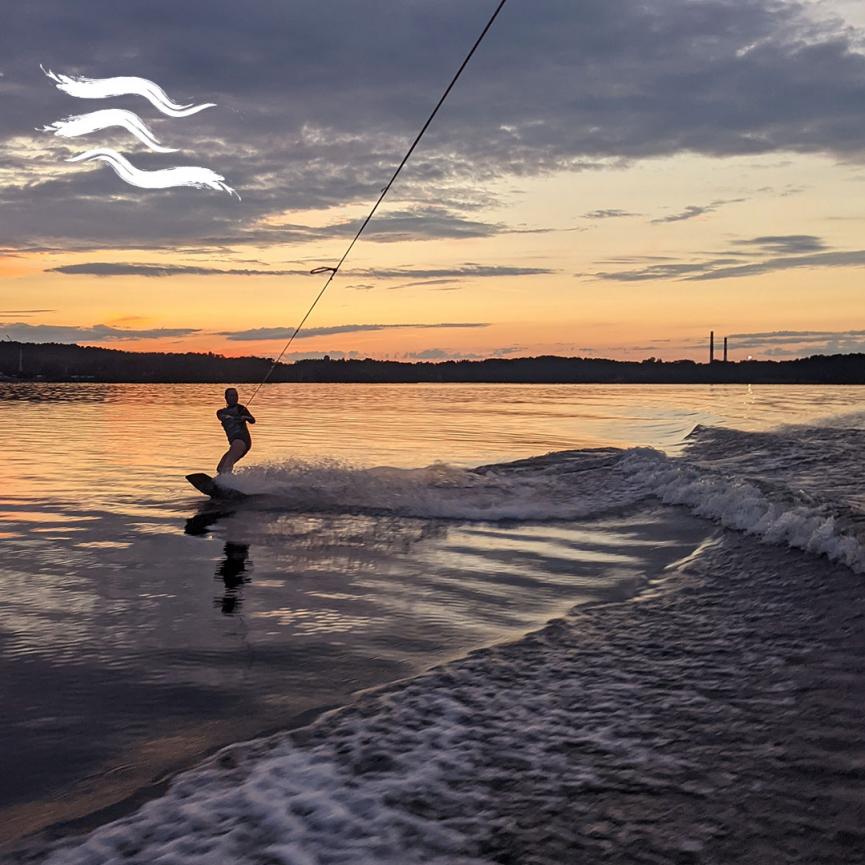 We’ve already told you about the finger-licking good Ipanema pizzas in Panemune, but there are more delicious stops for those who have finished (or are preparing for) swimming, sailing or sunbathing in Kaunas. The historic Kaunas Yacht Club by the lagoon has been recently renovated and facelifted. It’s mesmerizing to sit on the terrace of the Marina bar or in the pizzeria Iešmas & Ližė, watching the world go by. On the centrally located Nemunas island, there is Pakrantė with its concerts and the Žalgirio Arena’s Sala restaurant. And if you sail from the old pier in the Old Town, you’ll find the entire Town Hall Square full of cafés and bars!

P.S. Here’s an idea for romantics - a cosy picnic in the renovated Santaka (Confluence) Park, watching the sunset and waving goodbye for a kaunastic summer day. 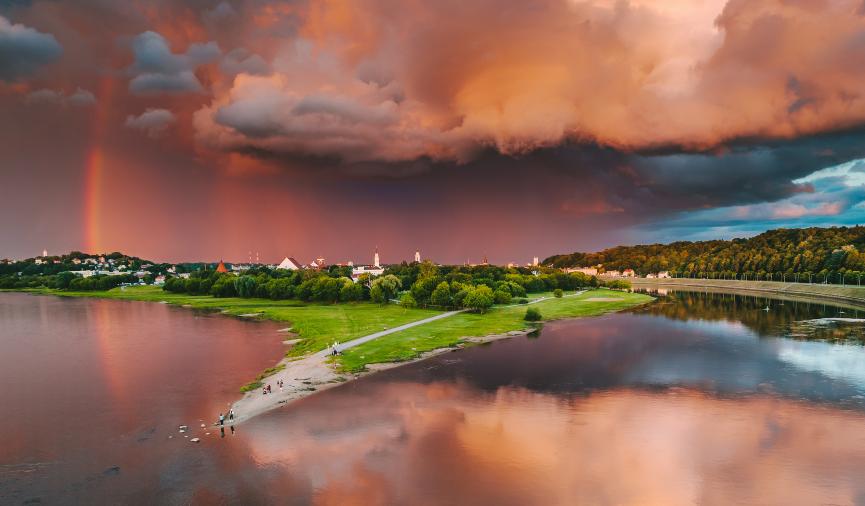