In Process: A Stop-Motion Movie About Kaunas Modernism 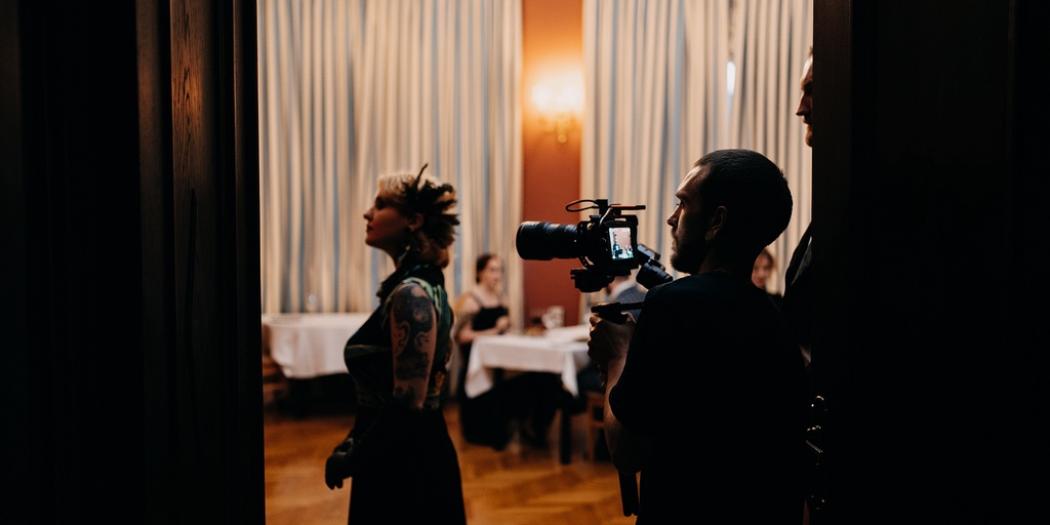 Only one year remains until Kaunas becomes European Capital of Culture 2022. In one year’s time, stories from the city’s forgotten past will find their voice in cinemas through the film Folds (Lithuanian “Klostės”), which takes Kaunas’s modernist architecture as its inspiration. This unique, black and white, silent, animated story is the collective creation of hundreds of Kaunas city and Kaunas district residents, and local artists, and is directed by Irish visual artist Aideen Barry.

Folds is a metaphor for time that pleats and folds like a piece of fabric, repeats itself like history, or spins around in a spiral. The repetitive elements of Kaunas interwar modernist architecture can also be viewed as structural folding motifs. It is not by coincidence that folds also describe the creative process of this artistic story: the film is made using stop motion technique, which helps to turn thousands of stills into a lively moving image. Like a cleverly constructed origami figure or a pop-up book, here stories fold within stories, buildings fold within buildings, and actors and dancers recreate this folding through their performance and body movements.

Film director Aideen Barry explains that breathing life into a stop motion animation requires much meticulous effort: without the participation of hundreds of residents of Kaunas, children, artists, creative professionals and others, it would have been impossible to make this folding piece of visual art, this cinematographic poem. Despite the unforeseen global pandemic, the creative process continued throughout 2020: all of the planned workshops in stop motion animation, green screen technique, prop making, and story writing still took place; and all of the collaborators in the creative process accomplished a great deal, both on set and backstage. 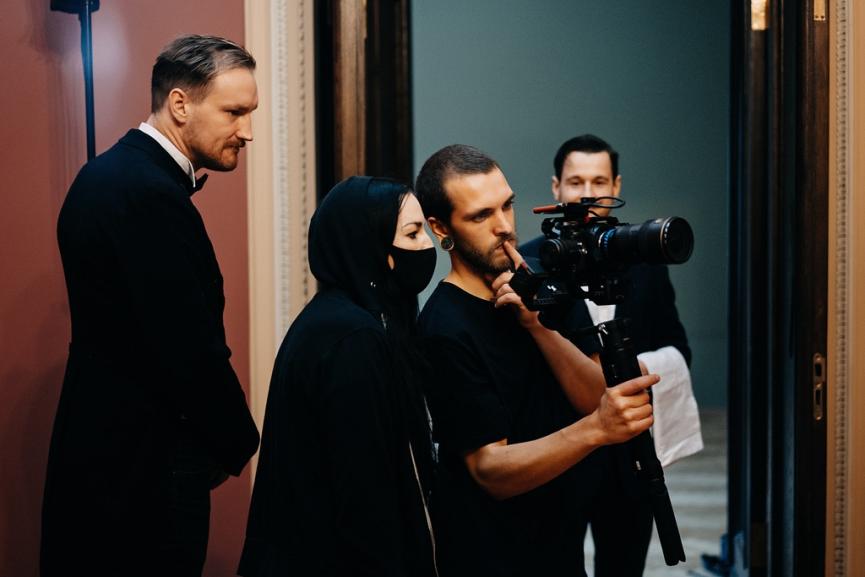 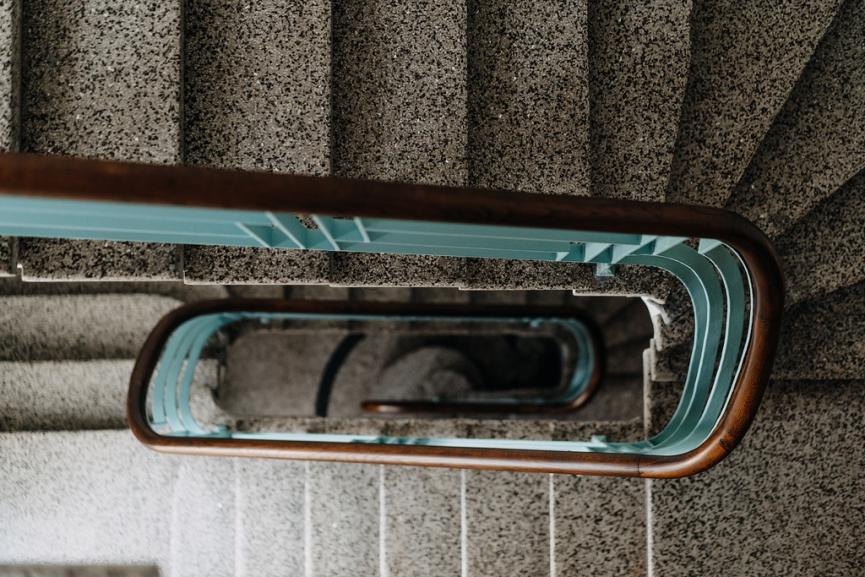 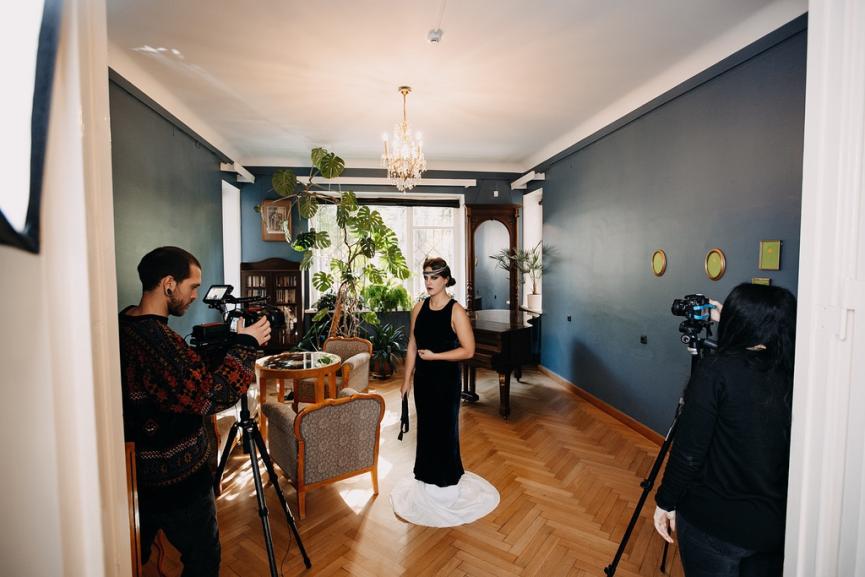 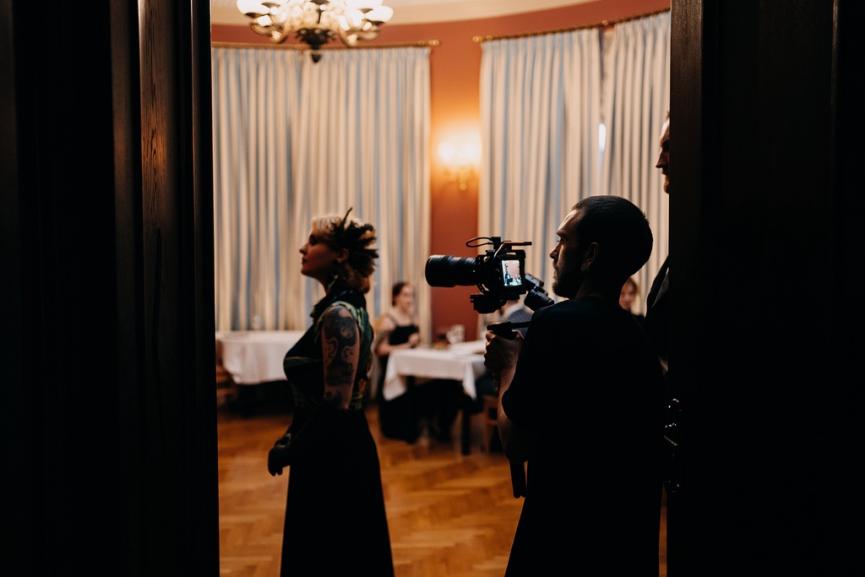 “Even though the film making process is still ongoing, it will definitely be a lifelong memory: participating in a project of this kind has been a unique experience. This film is a great example of how we can be creative in uncertain times, and how creativity can connect and inspire people in times of despair. People in Kaunas have been through hard times in the past; today, as before, they keep on living their lives. Our film is precisely about this: attempts to make the city beautiful, functional, and multicultural; about a city which is made up of different communities, international experiences, and the stories of different people and different nations – the stories that are fused into the concrete of this unique modernist architecture,” director A. Barry says, explaining the idea behind her film, which gives a new meaning to Kaunas’s modernist architecture.

This film’s soundtrack is as unusual as its visuals. By experimenting with folding sounds that overlap with one another, composers Patris Židelevičius and Arūnas Periokas together with Foley artist Dominyka Adomaitytė create rich sound labyrinths, making the film all the more immersive.

The film is commissioned and presented by “Kaunas – European Capital of Culture 2022”. The post production stage is scheduled to finish this winter, with the film being released in 2022 to local and international audiences.