After TV broadcast was cut off by military in Vilnius, the Kaunas team took over and continued spreading the vital news to Lithuania and the world. 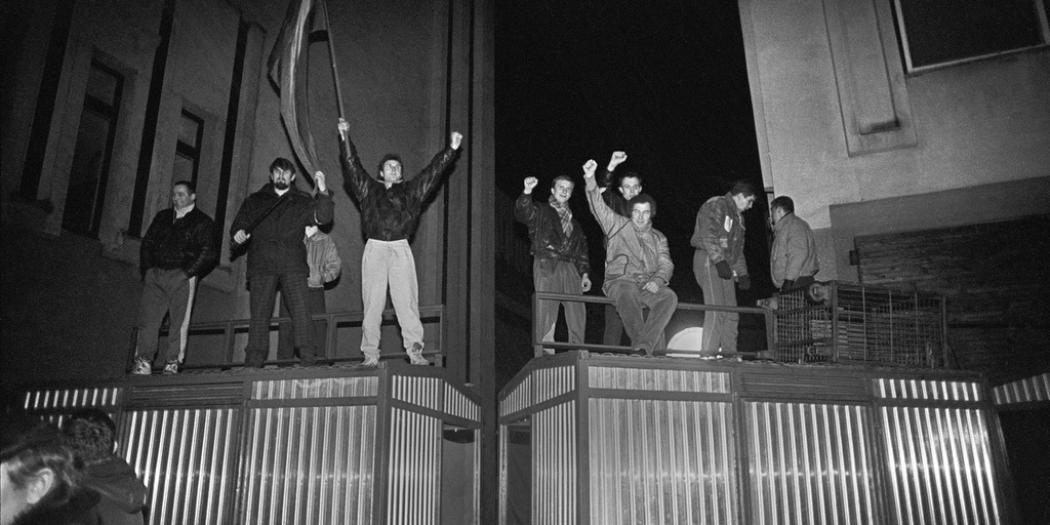 On March 11, 1990, Lithuania re-established its independence after almost 50 years of Soviet occupation. The governing body of USSR objected this step and treated it as harmful to the idealistic imagery of the gigantic state.

The tension kept rising. It reached its climax in January next year when armed forces of the communist state occupied the most important buildings in Lithuania – the houses of Parliament, Government and Press; the buildings of Radio and Television, the TV tower – all in Vilnius, our capital. The defence system of independent Lithuania was only starting to form; the essential positions against the occupants were those initiated by military volunteers, riflemen, and border patrol members.

Kaunas had an important role in the preservation of our independence. People gathered to secure some of the most critical objects in the city and around it; including the Sitkūnai radio station, Juragiai radio and TV retransmission station, Vytautas the Great War Museum, Kaunas City Municipality, the Hill of Crosses, Kaunas Radio and TV, telecom etc. Also, it was Kaunas where volunteers would form groups and travel to Vilnius. After TV broadcast was cut off by military in Vilnius, the Kaunas team took over and continued spreading the vital news to Lithuania and the world.

The broadcast from Vilnius was cut off at 2:05 AM on January 13, 1991. In 5 minutes, the TV screens received the signal from Kaunas department of Lithuanian Radio and Television (S. Daukanto g. 28A). The first to appear on screen was the on-duty radio journalist, currently considered one of the most iconic photojournalists in the country, Modestas Patašius. Raimundas Yla, Vidas Mačiulis, Vytautas Andrejaitis, and the head of Kaunas department Raimundas Šeštakauskas soon joined him. 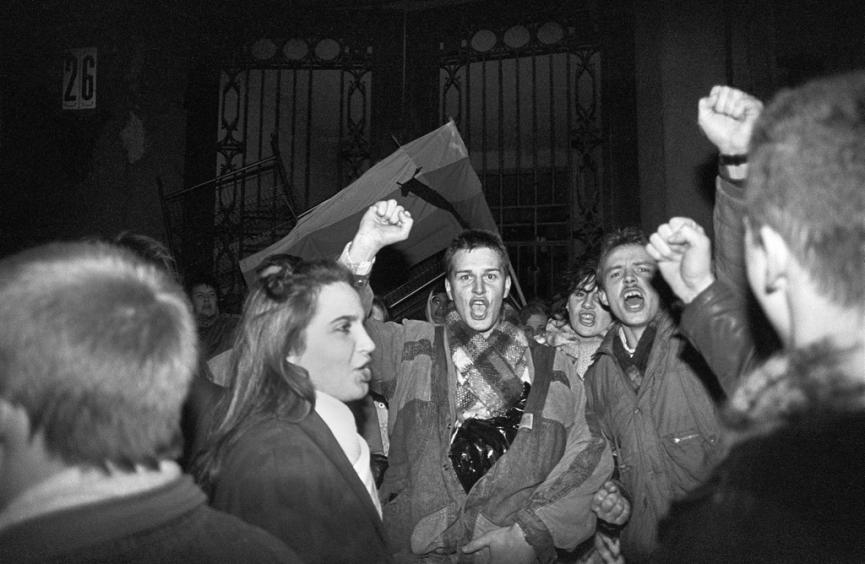 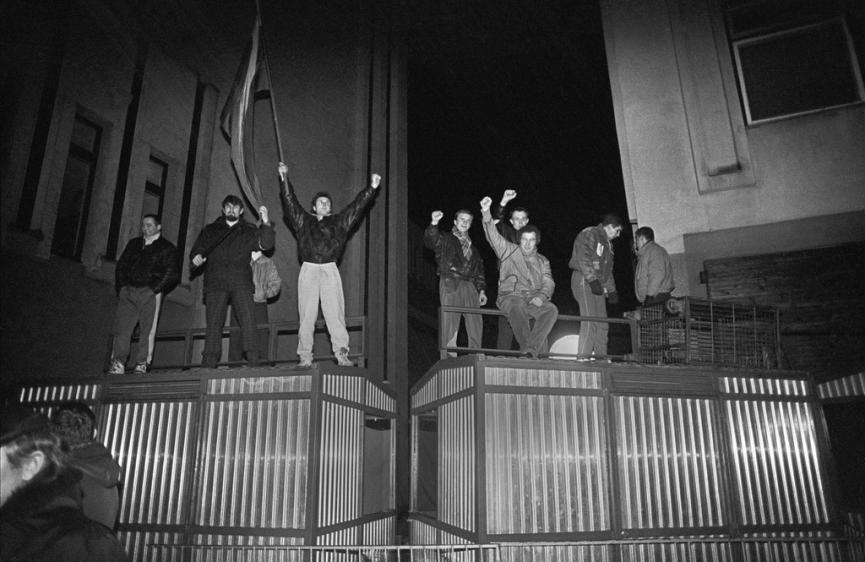 The crowd by the Kaunas department of Lithuanian Radio and Television. January 12-13, 1991. Photos by Romualdas Požerskis 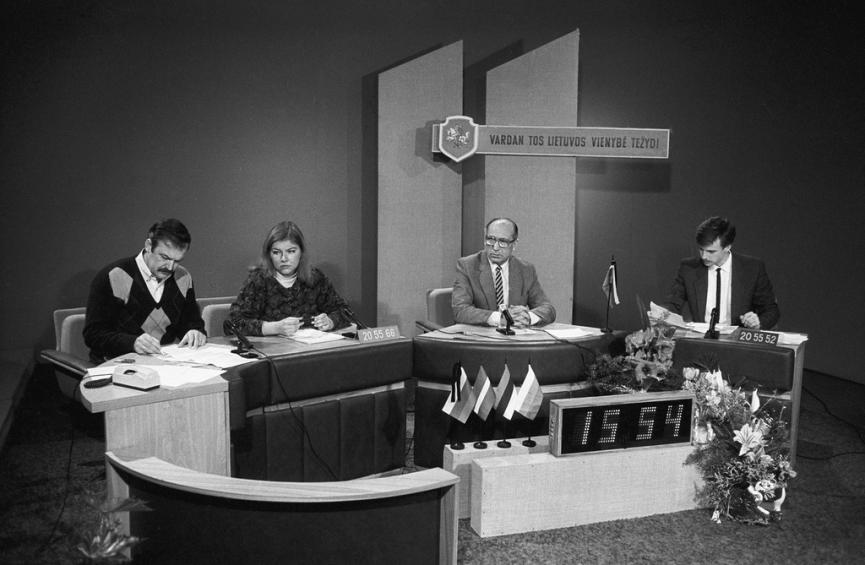 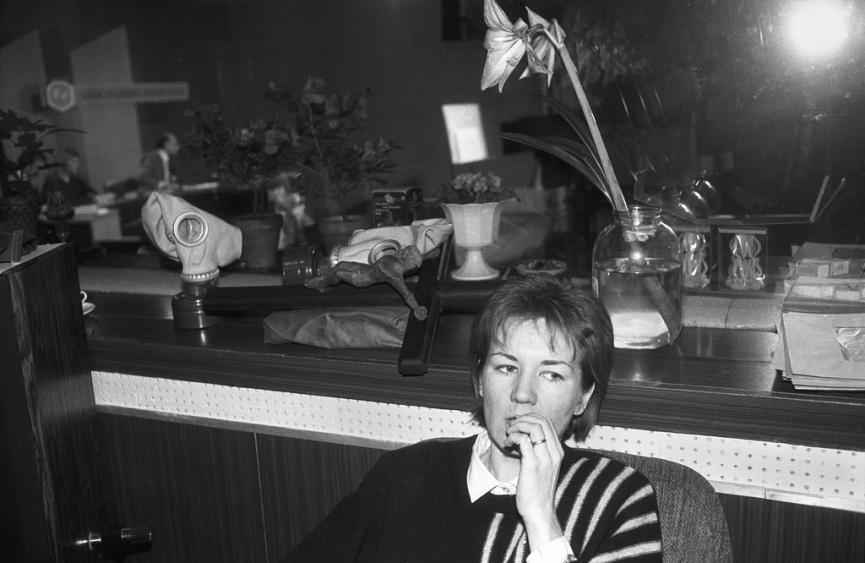 “Let’s defend ourselves with force, as long as it’s possible – it’s no longer time for peaceful opposition, as the force has been used against us. It’s our land, we’re its owners, and we’ll die on it if necessary,” spoke Patašius on air. The residents of Kaunas and the volunteers of the National Defence Department guarded the buildings in order to secure the transmission.

One of the vital objects in Kaunas was the municipality headquarters in Laisvės alėja. This is where the defence of Kaunas was coordinated from, under exceptional circumstances. Members of municipality, residents and volunteers guarded the building.

The first outbreak of occupant powers in independent Kaunas could be connected to the Hill of Crosses by the 6th Fort of Kaunas Fortress (K. Baršausko g. 101). In 1990, people of Kaunas started to build crosses there in memory of those who died or suffered from Soviet occupation. In December 1990, one of the crosses was cut off; the city decided to start guarding the hill. Both volunteers of National Defence Department and members of Sąjūdis, the Lithuanian independence alliance, did that; residents joined them during the January Events.

The newly reinstated Lithuanian Armed Forces also had an important role. On December 20, 1990, Military School began operating in the former driving school of DOSAAF (Soviet Volunteer Society for Cooperation with the Army, Aviation) on S. Dariaus ir S. Girėno street. Seventy-two students gathered on January 2, 1991, but on January 9 the studies were interrupted and everyone wet to defend the Parliament in Vilnius. Soviet soldiers occupied the school premises.

Another object of interest in Kaunas is then-called Radio and Television retransmission centre in Žaliakanis (Vaižganto g. 13). On the night between January 12 and 13, people of Kaunas gathered to guard the symbolic place – this is where the first-ever Lithuanian radio broadcast took place from back in 1926.

In all, thirteen Lithuanians were killed by the Soviet army during the January Events. An additional civilian died at the scene due to a heart attack, and one Soviet soldier was killed by friendly fire. All victims, except the soldier, were awarded the Order of the Cross of Vytis (the Knight) on January 15, 1991. The ceremonial funeral of the resident of Kaunas Titas Masiulis took place in Vytautas the Great War Museum. To respect the sacrifice, a street in Kaunas was renamed into T. Masiulio. 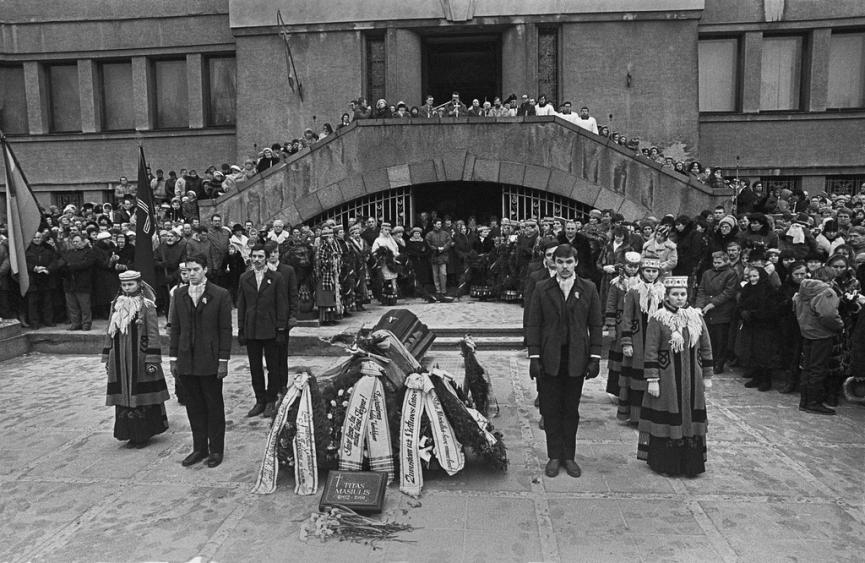 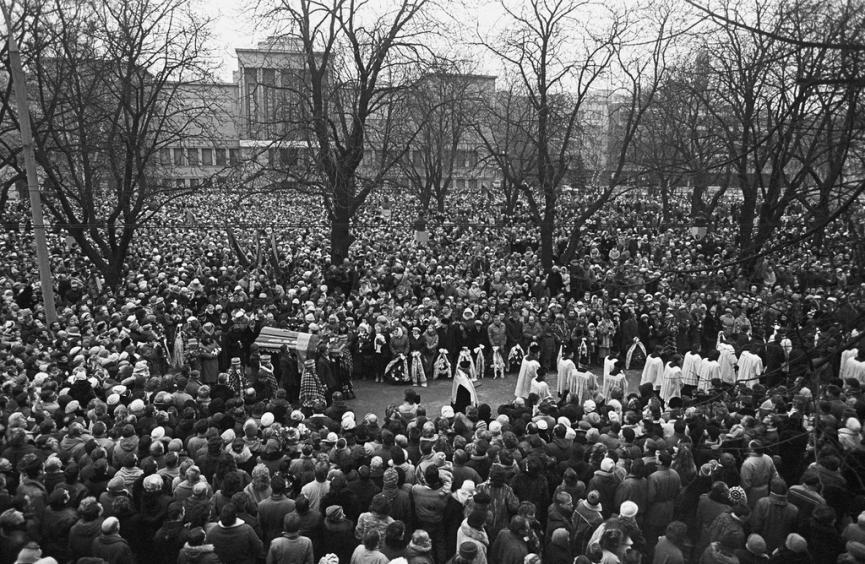 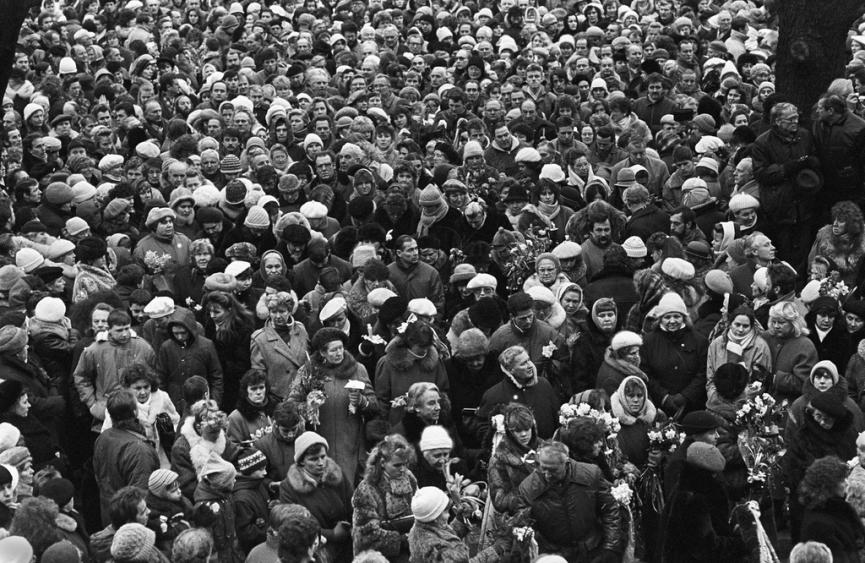 Although occupation and military raids continued for several months following the attacks, there were no large open military encounters after January 13. Strong Western reaction and the actions of Soviet democratic forces put the President and the government of the Soviet Union in an weak position. This resulted in the signing of a treaty on January 31.

On December 25, 1991, the Soviet hammer and sickle flag lowered for the last time over the Kremlin in Moscow, replaced by the Russian tricolour.

Based on the information by Vytautas the Great War Museum