In May, the Old Town of Kaunas, the European Capital of Culture, welcomed the high-sounding news of the warm season - the Kaunas 2022 Summer Stage. Every weekend until autumn, concerts and performing arts performances by the most exciting and up-to-date Lithuanian and foreign artists will take place in the heart of the city, on the Town Hall Square. In June alone, 17 events are planned, from an international choir festival concert to guests from Ukraine, Armenia and New York.

The first weekend of June will be opened on Thursday with a remarkable fusion of two worlds of music. ‘The Night in the Dream-York Re:shaped’ by electronic music producer Deividas Jaroška and the Twenty Fingers Duo, Lora Kmieliauskaitė (violin) and Arnas Kmieliauskas (cello), promises a cinematographic experience. In this performance, scheduled for 2 June, sound meets dance, computer, and analogue electronic instruments curb the sonic details of acoustic instruments and the virtuosity of the instrumentalists. The result is a new reflection on the relationship between electronic and acoustic music and ritual dances and visualisations.

On 3 June, a special concert of the prodigy Golden Parazyth, who started his career in Kaunas and transformed from a one-man orchestra into a full-scale band, awaits. The project’s new album ‘Empatijos’, is both a gift and a wish for Kaunas. It is music about the world as seen through the empathic eyes of Golden Parazyth. 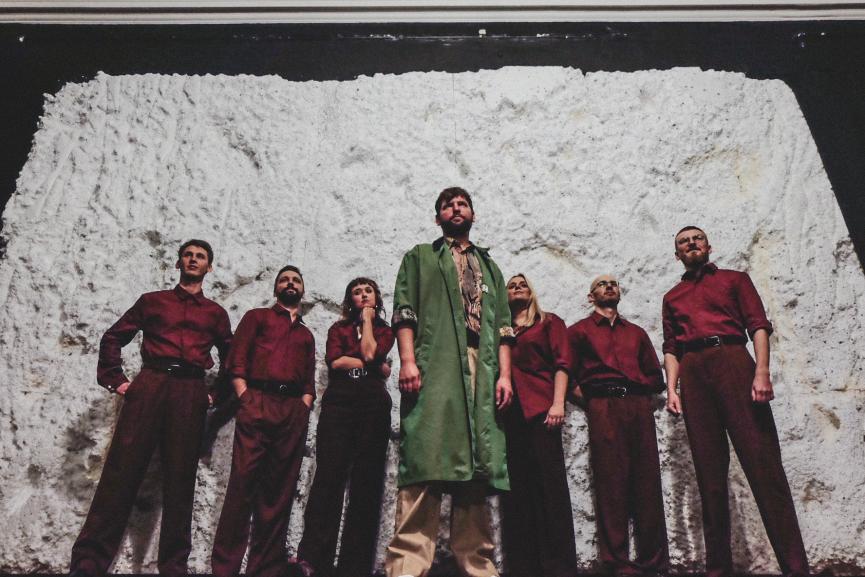 On Saturday, the National Kaunas Drama Theatre and the Raudondvaris Manor Arts Incubator will present a performance ‘Empty Chair’ dedicated to the 150th anniversary of Juozas Naujalis, one of the most famous figures in the history of Lithuanian music. Director Agnius Jankevičius found the key to the story of this extraordinary man and interwove the actual facts of his biography with fantasies, creating a musical collage story. The performance reveals Juozas Naujalis as a unique educator - the Lithuanian choir he created for street children became a bridge to the first Song Festival in Kaunas in 1924.

The first weekend of June will be rounded off with a sound experiment music workshop on the summer stage, presented on Sunday afternoon by the community projects programme ‘Saugi pradžia’.

On 9 June, Jazz Academy, a music school in Šilainiai, invites everyone to Town Hall Square to hear a concert by future jazz stars. The original compositions of the Academy’s Lithuanian Youth Jazz Orchestra combine elements of atonality, dissonance and imitation. The works are full of spontaneous deviations, gushing energy and impetuosity. The collective’s concert will be kicked off by a discussion.

Kaunas 2022 Summer Stage will host a special welcome from the traditional international choir festival Kaunas Cantat, which joined the European Capital of Culture programme on 10 June this year. The girls’ choir Vognyk from Kyiv, Ukraine, will perform for Kaunas residents and guests. This group promotes Ukrainian contemporary choral music and presents it outside the country in various European cities.

On Saturday, 11 June, the Ethiopian-Ukrainian sister hip-hop trio Fo Sho and the indietronica project Tonka from Kyiv will perform on stage during Ukraine Day. 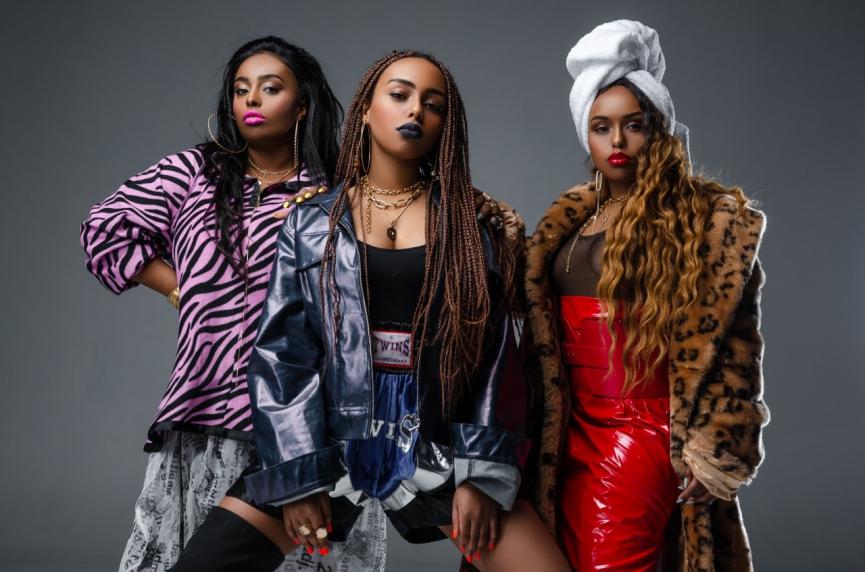 Another international highlight of the second summer weekend is on 12 June. On Sunday, a trio from Armenia, led by New York-trained pianist and composer Vanagh Hayrapetyan, will fill Kaunas Old Town with jazz. The programme includes his own compositions, Armenian traditional music and works by ethnomusicology legend Komitas.

On 18 June, The traditional Olympic Day, which attracts thousands of sports enthusiasts each summer in Lithuania, returns to Kaunas. Sports activities and other entertainment will take place throughout the day in the newly renovated Santaka Park. In the evening, the ambassador of the European Capital of Culture, Linas Adomaitis will take over Kaunas 2022 Summer Stage. Meetings of the National Expedition will also take place in City Hall Square on that weekend. On 16 June, the evening will be hosted by the mathematical rock band jautì, who recently released songs with singers Monika Liu and Monique.

Midsummer weekend - a dedication to Mekas and post-folklore mood

2022 is the year of Jonas Mekas not only in Lithuania but also in the world, where the legacy of this Lithuanian artist is highly appreciated. On 22 June, a  live soundtrack to Mekas’ 1966 short film ‘Mysteries’ will be performed in Kaunas.

Jonas Mekas filmed a play ‘Frankenstein’ at the 1966 Cassis Festival in France, organised by the film director Jerome Hill. Jonas Mekas did not like the result and did not release the film. However, he did like one segment of the play, ‘Mysteries’. The only sound that could be heard on film was the sound of the actors’ feet. In May 2000, Philip Glass, John Gibson and Howie Statland created an improvised soundtrack for this play segment and performed it live at the Anthology Film Archives in New York, founded by Jonas Mekas.

Kenny Wollesen, Tony Scherr, Jonathon Haffner and Dalius Naujokaitis, members of the New York-based group Himalayas, are coming to Kaunas to provide the 2022 version of the soundtrack for Mysteries. The group will be joined by Eugenijus Varkulevičius-Varkalis, a Kaunas-based artist who has worked with Mekas, William Shore (USA) and Giuseppe Zevola (Italy) for an exclusive performance in the European Capital of Culture.

On the shortest night of the year, the sounds of post-folk music will weave across the Kaunas 2022 Summer Stage. Some of the most exciting projects of this genre in Lithuania - Driezhas and Girių Dvasios - will perform here. Driezhas collective will present an ethnic-electro, synth-pop, ambient programme combining sharp electro-acoustic sounds and soft acoustic lines. Girių Dvasios, or Evaldas Azbukauskas, will create a dub techno lake inspired by Lithuanian forests and Baltic culture.

On 24 June, fans of one of the most interesting musical projects in Lithuania, Akli, will flock to the Town Hall Square. The post-punk/industrial music project from Kaunas, formed while the world was in the grip of a pandemic, was twice nominated as the best band of the year at the M.A.M.A. music awards. All have already played at major events in Lithuania, Latvia and Estonia. They will be joined on stage by the dark alternative and post-punk atmospheric collective Katarsis, whose music is full of experiments and musical explorations. 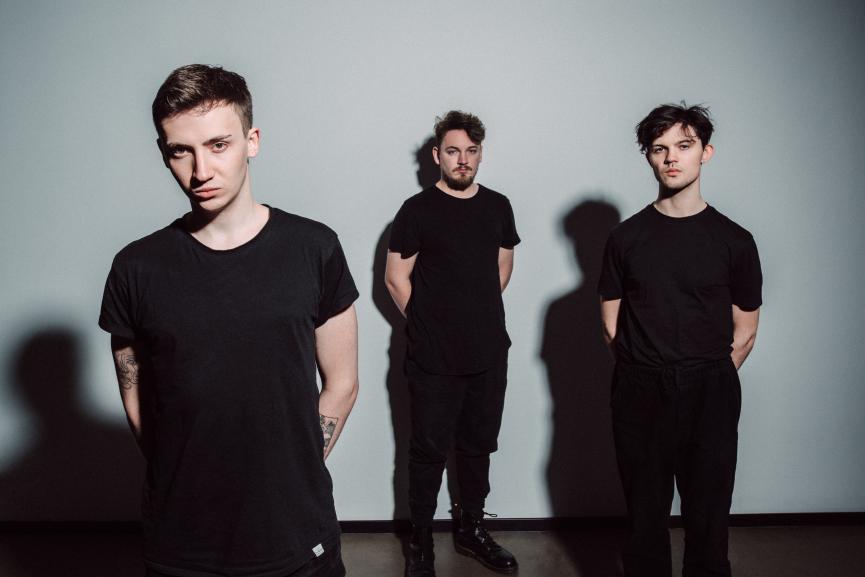 On the last Saturday of the month, Kaunas-based electronic music producer Palmės Žiedas invites contemporary music lovers to swap the traditional fern blossom plaids for something more exotic. He has just released his third solo album ‘Elektroninė Muzika’, which is about the distant future.

The Colombian electric violin player Diego Esteban will wrap up the month of the Kaunas 2022 Summer Stage on Sunday, 26 June. His music reflects a mix of classical music with electronic beats and dubstep influences. His Latin roots also make a part of his repertoire, which can be mellow and romantic and make you dance and jump. During his time in Lithuania, Diego Esteban has collaborated with Lithuanian producer Vitalijus Saxton and pop singer Justinas Stanislovaitis and other musicians. On 26 June, Justinas will join Diego on stage, and they will be accompanied by a drummer and a guest violinist. 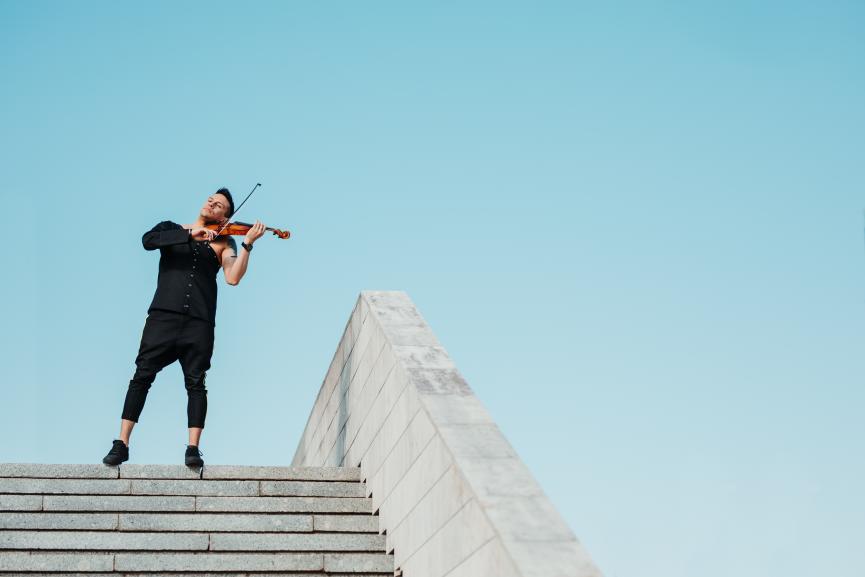 All Kaunas 2022 Summer Stage events are free of charge. Concerts and other shows at Kaunas Town Hall Square are scheduled until autumn.

The European Capital of Culture programme in Kaunas and the Kaunas region continues throughout the year, with hundreds of traditional and debut events planned for 2022, including exhibitions, festivals, performances and other activities created by local and international artists and Kaunas communities. For the complete Kaunas 2022 programme, please visit www.kaunas2022.eu or the mobile app.