The festival known for an extensive programme of international cinema, including breakthrough directors, festival winners and renowned classics, is back on the big screen. 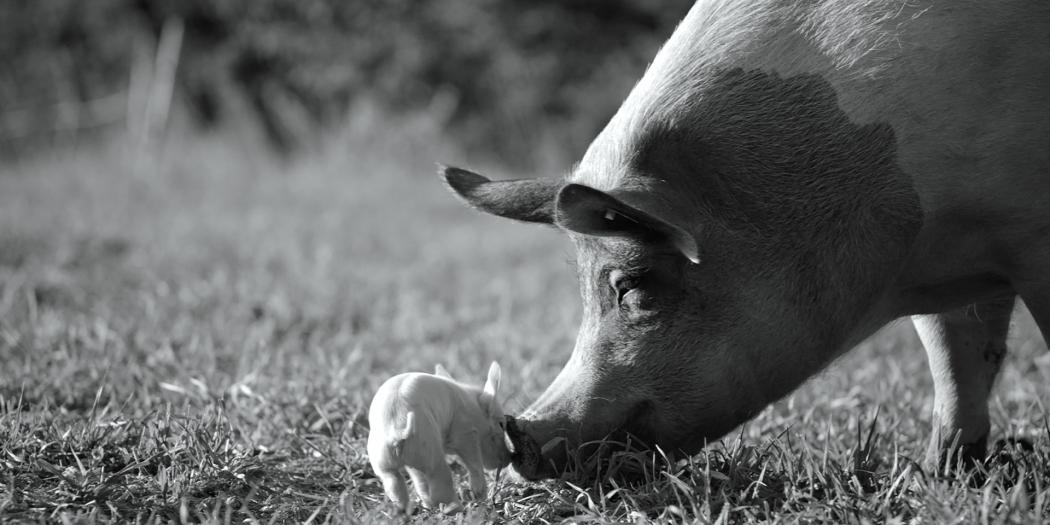 For the second year in a row, the International Film Festival Kino Pavasaris spent most of the spring at our homes. The 26th festival was held during the same pandemics that closed cinemas last year; the good news is movie theatres in Lithuania are currently re-opening. It means the festival known for an extensive programme of international cinema, including breakthrough directors, festival winners and renowned classics, is back on the big screen.

From April 30 to May 5, some of the most-loved movies from this year’s “at home” programme, together with a dozen films that were saved for cinemas, will be shown across Lithuania. In Kaunas, the go-to place for intellectual cinema lovers this year is Forum Cinemas, a multiplex located inside Akropolis mall.

We’d like to stress for our readers that the majority of films from around the world will be subtitled in both English and Lithuanian (or main dialogues are in English) in screenings at Forum Cinemas. This makes the festival a unique opportunity for non-Lithuanian residents of Kaunas to discover the magnificent cinema of Norway, Cuba, France, South Korea and other countries.

For example, we can’t wait to see Gritt by Itonje Søimer Guttormsen (Norway) which won the Best Film title in the European Debut Competition of Kino Pavasaris for its tremendous portrait of creative, economic, and social failure, while the film’s lead Birgitte Larsen took home the award for Best Actress.

Memorias del subdesarrollo (Memories of Underdevelopment), a Cuban movie dating back to 1968, is set in Havana. By adapting the innovative novel by Edmundo Desnoes, Thomas Gutiérrez Alea provides an indictment of its protagonist's disengagement and an extraordinary glimpse of life in post-revolutionary Cuba. 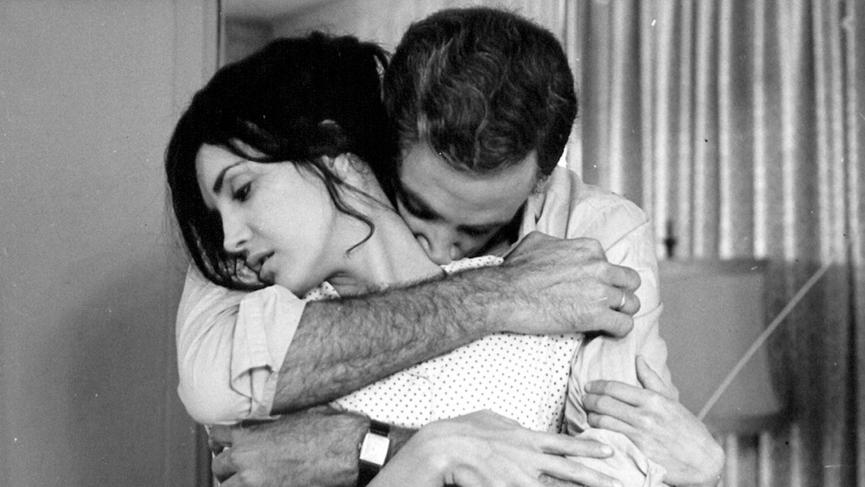 Hopper/Welles is an US film. In November 1970, two movie mavericks met for an epochal conversation. Dennis Hopper, then riding high on the massive success of "Easy Rider", and Orson Welles, ever the iconoclast and an offscreen interviewer of probing authority. Their candid thoughts and feelings about cinema, art, politics and life sound incredibly relevant. Shot on two cameras in lush black and white, this footage, never before seen in full, was presented for the first time at Venice Film Festival.

Then there’s The Truffle Hunters, a  witty film and a blissful acquaintance with the truffle hunters and their clever dogs. Filmmakers Michael Dweck and Gregory Kershaw follow this maddening cycle from the forest floor to the pristine restaurant plate. 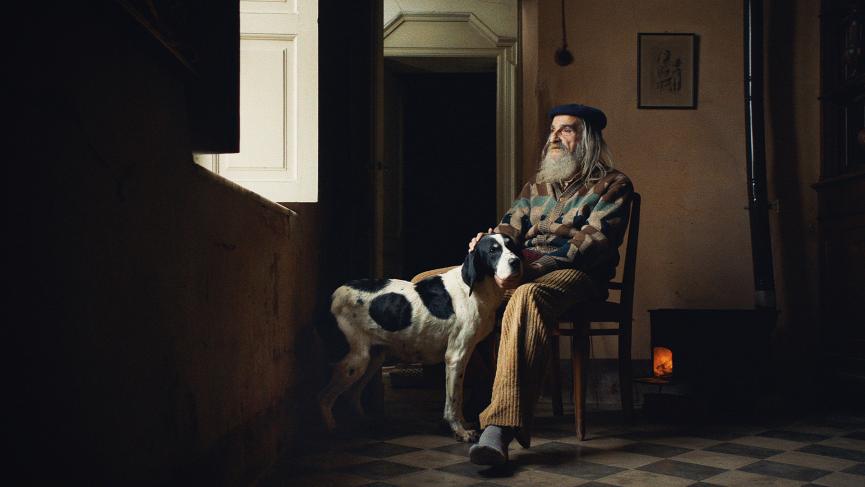 Interested in Irish cinema? Catch To The Moon, an essayistic collage that's an ode to our relationship with the moon as a symbol of love, madness and guiding light. Poetic, lyrical and transcendent, the film ensures we will never look at the moon the same way again. 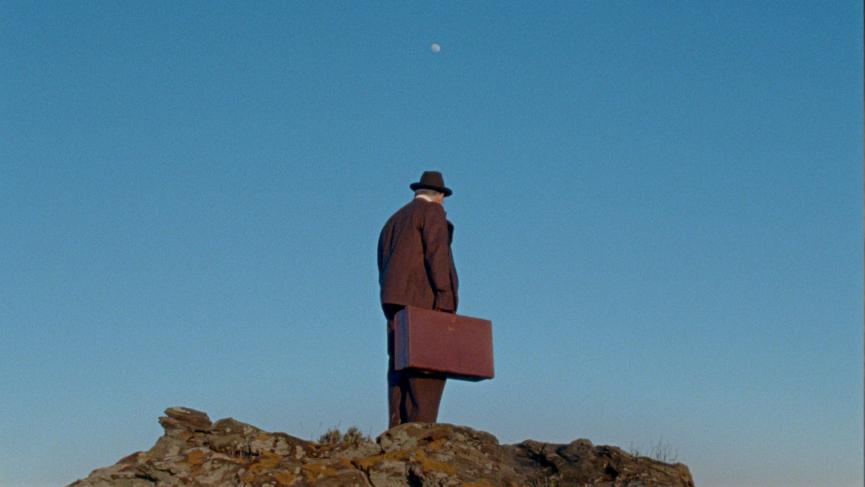 Still from To The Moon

Vaurien (Rascal) is a new French movie about Djé, a man without a history, a sinister scoundrel, a devious drifter. After a spell in prison and penniless, he makes his way to a big city. He has no place to stay but is equipped with a malicious and irresistible charm.

There’s Also Accent (Voskhozhdenie, 1977). The final film from Larisa Shepitko won the Golden Bear at the 1977 Berlin Film Festival and went on to be hailed as one of the finest works of late Soviet cinema. In the darkest days of World War II, two partisans set out for food supplies, braving the blizzard-swept landscape of Nazi-occupied Belorussia. When they fall into the hands of German forces and come face-to-face with death, each must choose between martyrdom and betrayal, in a spiritual ordeal that lifts the film's earthy drama to the plane of religious allegory.

19th century, anyone? The World to Come is set in upstate New York in the 1850s. Abigail begins a new year on the rural farm where she lives with her husband Dyer. As we follow Abigail's journal entries, we experience the marked contrast between her deliberate, stoic manner and her unravelling complex emotions.

Our last recommendation for non-Lithuanian speakers is Gunda. Directed by a Russian master Victor Kossakovsky.  "Gunda" shares the experiences of several farm animals, the kind we eat every day: a mother sow (the eponymous Gunda), two ingenious cows, and a scene-stealing, one-legged chicken. Kossakovsky movingly re-calibrates our moral universe, patiently following the farm creatures' lives to uncover the secret world of their emotions. There are no dialogues in the film! 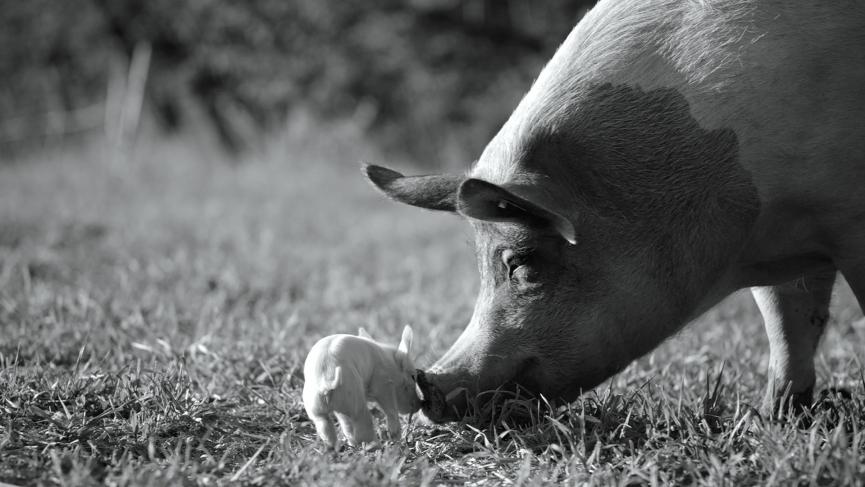 As cinemas can only operate with a limited capacity during the quarantine, we recommend you choose your favourites and secure tickets as soon as possible. Also, it’s not available to buy and consume drinks and snacks at Forum Cinemas.