Léo Westermann: Back in Kaunas, Back in Žalgiris

We sat down with the French athlete to discuss his comeback to Kaunas. 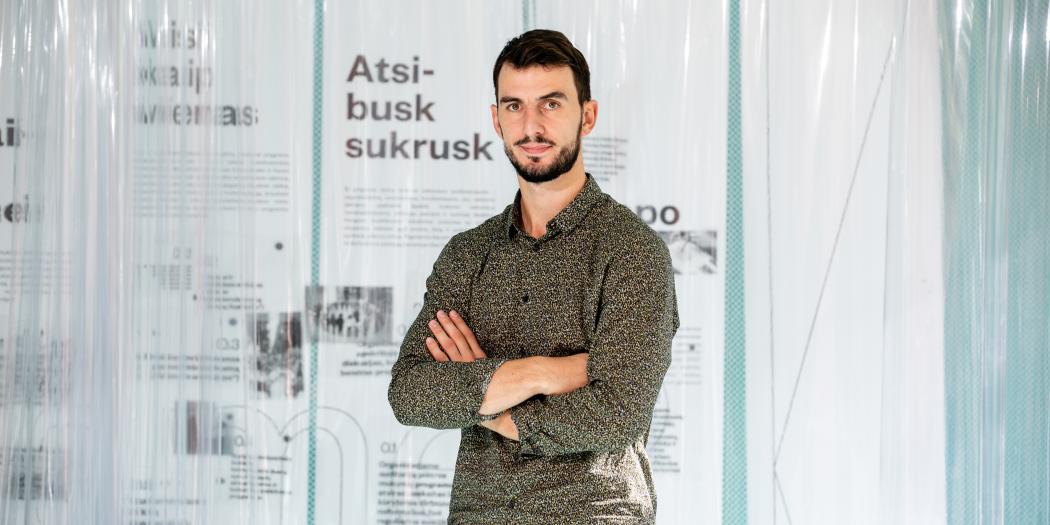 We were stoked to hear the news that the French athlete Léo Westermann decided to come back to BC Žalgiris Kaunas after a season in CSKA Moscow. It was a big pleasure to meet the 26-year old player in Laisvės alėja and to sit down with him in the pink-blue office of Kaunas – European Capital of Culture 2022. Žalgiris are partners of Kaunas 2022, so there couldn’t be a better place for the interview. Read on and don’t forget attending a Euroleague game in Žalgirio arena is one of the most kaunastic experiences ever. The season is starting as we speak! 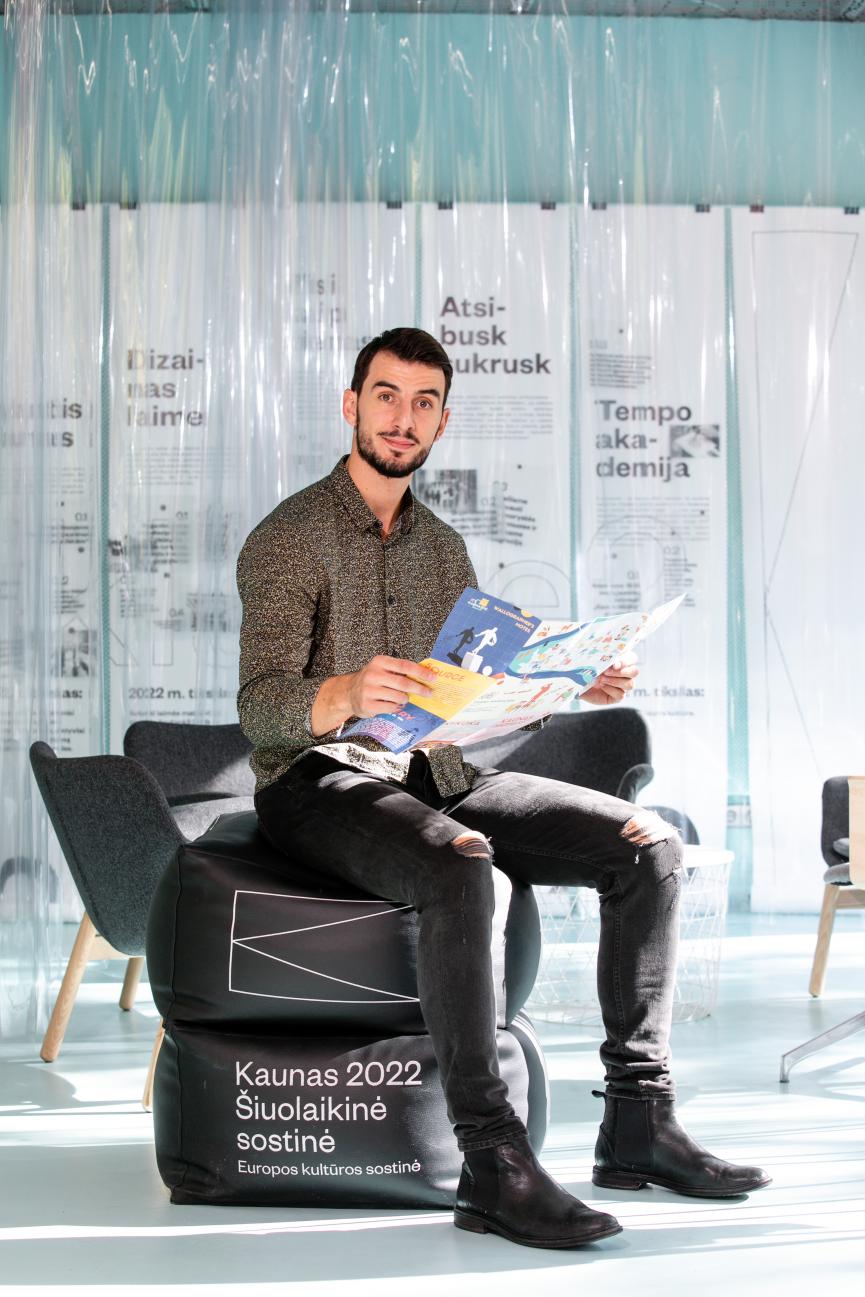 Hey Léo! It’s very nice to see you in Kaunas again. How do you feel here after more than a year of absence? Is it like a new city again, or are you already familiar with everything?

Of course, I know Kaunas a little bit. But I’m very excited as it was great to come back and see so many new things! This part of Laisvės alėja was under construction the previous time I was here, and now it’s all new with renovated houses, new shops and cafes. The city is improving, and it’s fascinating. I currently live in a different neighbourhood, and I must say the real estate market has grown – there’s much more choice now. It’s also a sign of Kaunas growing up.

What memories did you pack with you when relocating the previous time?

Two years ago, after the season was over, my wife and I stayed here ten extra days, just to travel around the country. We both are from small cities in France, so we are used to be surrounded by nature. Travelling together wasn’t what we could often do during the year, so the holiday was very nice. I love how green Lithuania is! We were in Trakai, Palanga and many other places, including deep in nature. I loved the peace and quiet.

Has the vibe in the team changed?

Not really, as the most important guys are still here. Jankūnas, Milaknis, Kavaliauskas, the coaching staff, too – they are what keeps Žalgiris together, they help the new players integrate, they don’t separate foreigners and locals. That’s what makes the vibe.

You did not play for some five months, because of the injuries. Did you miss basketball?

Actually, not that much. When you’re not able to play, when you don’t feel you can do it, it’s pretty hard to miss it. I felt that I was not ready to go on the court to compete. To have fun, you need to be 100% confident. Before coming to Kaunas, after proper rehabilitation, I started missing the game.

Is your role in the team different this time?

Yes. Two years ago I was playing either with Kevin Pangos or with Lukas Lekavičius, this year I will be more strictly point guard, with Nate Walters. But the system remains the same, Šaras is the master of exploiting the best of us. He knows how I play and he knows how the team should play. That’s the most important.

Was Šarūnas Jasikevičius, the head coach, one of the defining factors when you were deciding if to come back to Kaunas?

Definitely. Of course, there are more factors, but he’s one of the main reasons why people want to play in Kaunas. To know that Šaras will again coach me was terrific.

You’ve also played against the Lithuanian national team. Could you use some secret weapons because of your experience with Žalgiris?

Yes, I even came to Kaunas as part of the French national team. It’s a very different thing. It’s fun to play against players I know and to hear them cursing and understand then, but the system is very different.

Well, we must ask – when did you start playing basketball? How did it become your passion?

My father was a professional player, so I have always been with a ball. I had a basketball court in my garden, and I was playing with my dad all day. My godmother was actually my coach, and my sister was also an outstanding basketball player. My mother's side of the family is all about soccer, but I guess my father's genes were stronger.

I am also a huge fan of tennis – during my free time in the summer, I love to play it. My cousin is a tennis player, and she started teaching my daughter, who’s almost three now,  this summer. She did well! I think she is gifted and I'd like my daughter to play tennis.

I have tried a lot of sports, actually, and I like to watch all of them. For three years, from 15 to 18, I attended the National Institute of Sports in Paris. My classmates are now top gymnasts, tennis players and athletes, so I like to follow them.

Are you a fan of soccer?

Sure! My favourite team is my home team, Racing Club de Strasbourg Alsace, and then Juventus. They have plenty of French players, that’s why I support them.

Do you know anything about Lithuanian football?

Two years ago, I had a chance to watch world cup qualifications in Vilnius against the Czech Republic. That’s pretty much it!

I like rugby; it’s very popular in France. So, I am planning to watch a game or two in Lithuania. 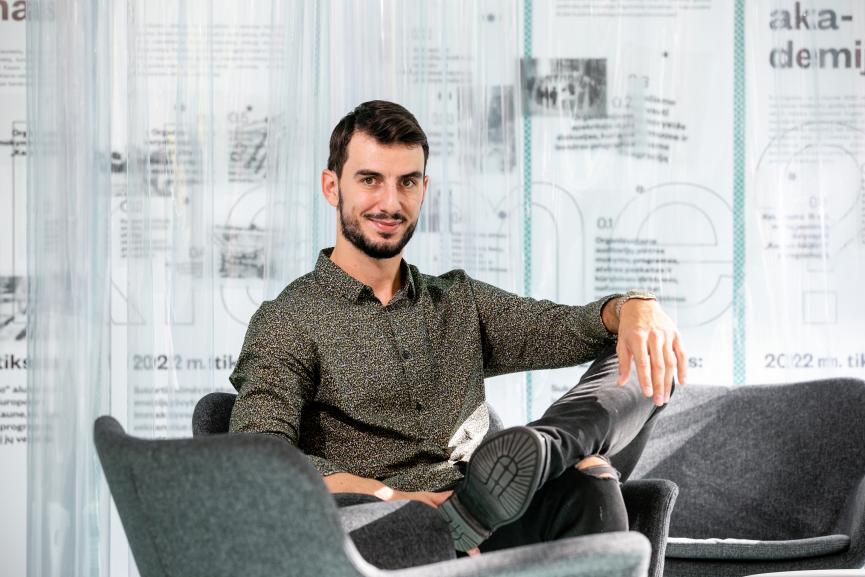 What’s it like to move to a country where basketball is the leading sports?

The feeling is great. In France, soccer is #1 by far, and then there’s rugby. And then basketball, handball... It’s not the same.  I have played in Serbia, which is a basketball country, and I liked it. Also in Limoges, which is probably the only city in France where basketball is #1.

In Kaunas, the atmosphere is excellent, it’s not only the fans in the Žalgirio arena but also the people in the city. I wasn’t here last year, but I can feel the people are really proud about the previous season. It's in the air; the players make the people of Kaunas proud.

Can the prospect of having more fans also be one of the factors when looking for a new club to play?

Sure, it’s part of the decision. I was in Moscow last year, there were not so many dedicated fans, but there are many other great things around to see and do – I loved the city and the CSKA neighbourhood. But, of course, for me, the fans are a big part of the club experience. It was part of my choice.

What is your favourite restaurant in Kaunas?

DIA! We love having our team dinners there. I love the food there, and I also appreciate the service. They’re really delicate and responsive.

I also like Sala, which is located right in the Žalgirio arena, so it’s also very convenient for us.

The Lithuanian players usually take us to new places, and the last one I visited for the first time was Medžiotojų užeiga, the game restaurant at the Town Hall Square. Very nice.

Do you often spend time with your teammates after basketball is done?

It always depends on the team. In Žalgiris, we spend a lot of the time together. I like the design of our arena, which allows us to be together all the time – in the locker room, in the gym, on the field. It helps to maintain the healthy relationship. After the practice, of course, everyone rushes to their families. But, if the schedule allows, we meet up during our free time.

We always see some of the families of the players in the arena during the matches. Will your wife and daughter be attending the games?

Yes, they attend pretty much every game. For my wife, it’s a tradition of going out to a match. I also love to see my daughter watching me playing. Of course, she doesn't yet understand the rules, but she likes it.

Have you ever thought about what you’ll do when you finish your career? Maybe become a coach?

Maybe! With my friend, we are starting a camp for young players. I really enjoy doing that. But I am not sure if I have what it takes to become a professional coach. Right now, I am a player, and I am focused on that. Coaching would be a new thing for me.

I like many other things. It’d be also nice to run a business.

Maybe you can buy Žalgiris one day!

Haha, I’ll leave it to Jankūnas!

We recommend following Léo on Instagram. Žalgiris as well!

Tickets, schedules and everything you need to know about BC Žalgiris Kaunas: www.zalgiris.lt.

Pictures by Teodoras Biliūnas. Shot at the Kaunas 2022 office on Laisvės al. 36.