Made in Kaunas: Radios (Picture Gallery)

Radio history enthusiast Zenonas Langaitis invites you to take a look at his impressive collection of receivers. 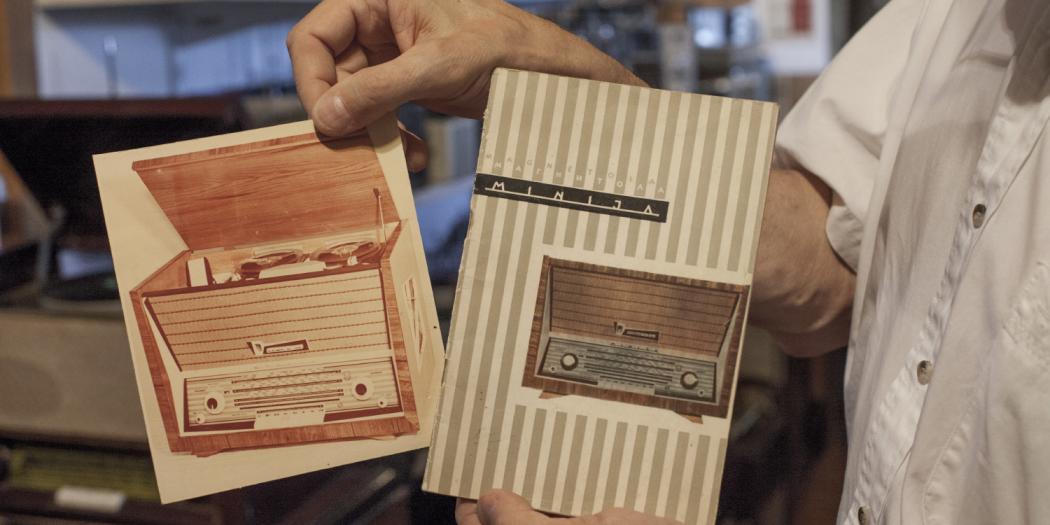 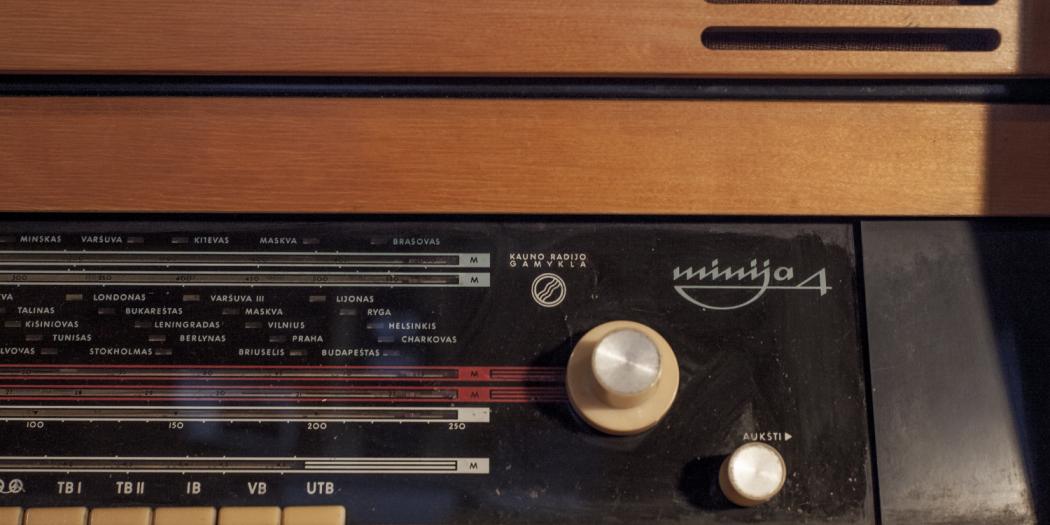 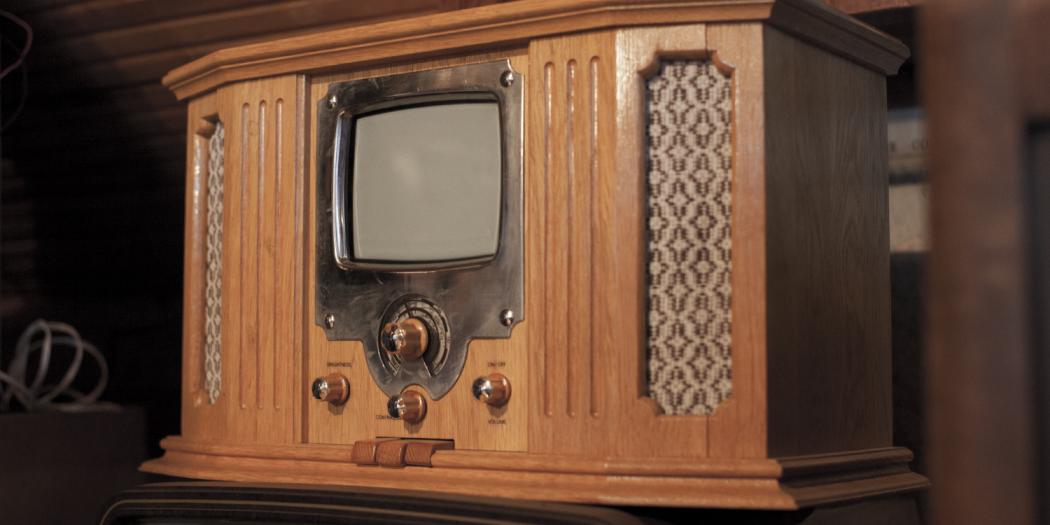 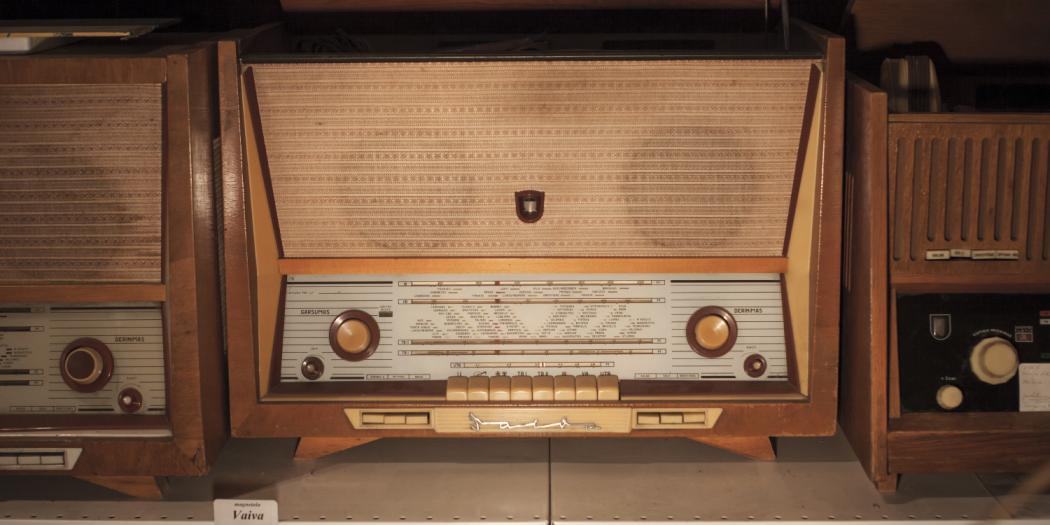 When the first Lithuanian radio jingles were heard in 1926, the phenomenon began spreading quickly throughout Lithuania. Not surprisingly, with the rapid growth of imported radio sales, Lithuanians also reacted to the demand – the history of Kaunas-made radios starts less than a decade after the launch of the Lithuanian broadcast. The radio history enthusiast Zenonas Langaitis agreed to tell us and you all about them. He has accumulated an impressive collection of receivers that spoke, played (and later on showed) to Lithuanian people. Among them, more than one device made in Kaunas. 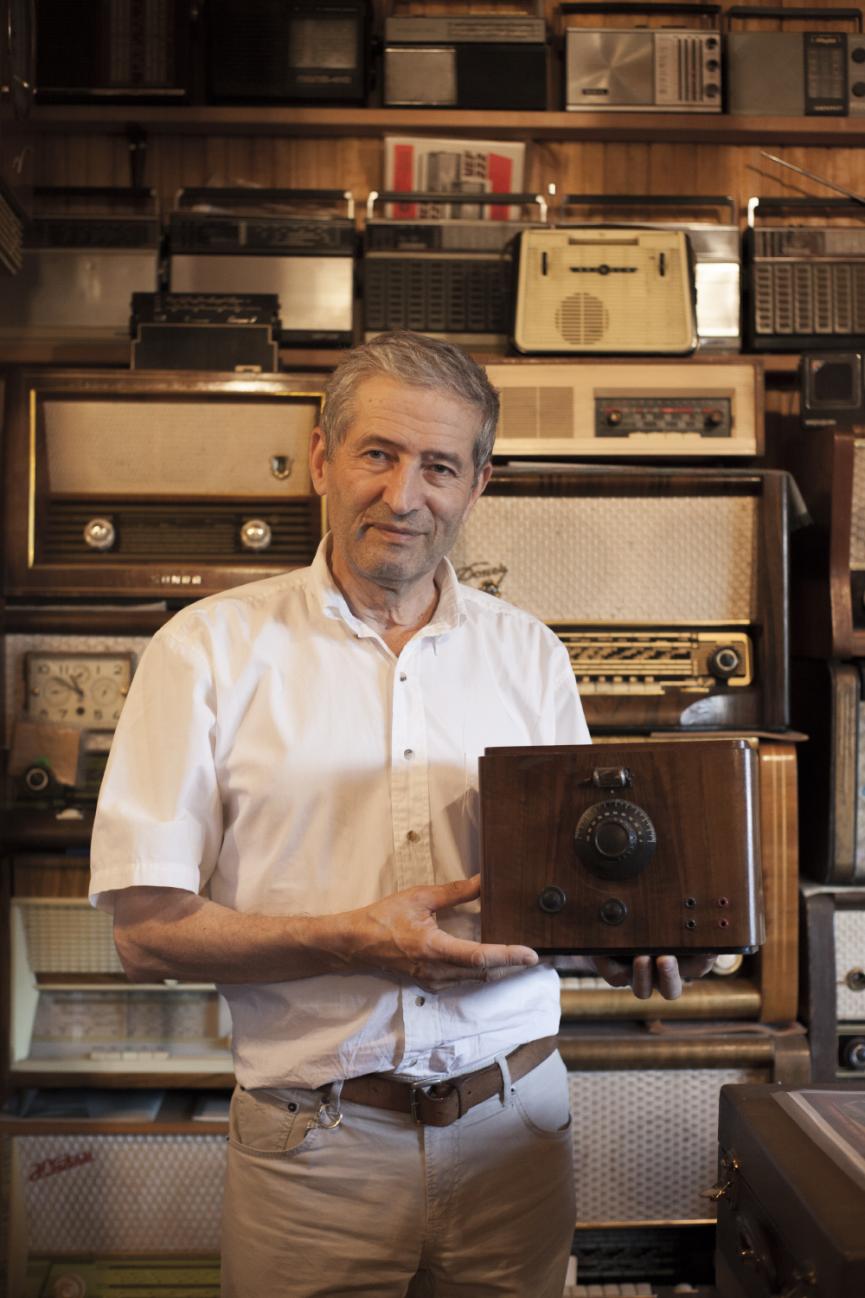 Meet Zenonas Langaitis - and Tautofonas (more on it below)! Picture by P. T. Laurinaitis

The first ones to start producing radios where probably Student Technicians Association (STA). In the early 1930s, they began assembling radios for the provinces. According to Zenonas, today no one knows how the so-called “Stedinai” looked like because none of these devices was found and none of their photographs remained. Company Radiotechnika, which separated from STA and was supervised by one of the city’s entrepreneur’s Pranas Baranauskas also produced their brand of radios. As of now, only one of such radios is found, and it holds a high position in Zenonas’ collection. The phenomenon of radio was spreading very fast. In the mid-1930s 50 companies specialised in diverse radio production only in Kaunas – many businesspeople wanted to get involved in the new technological trend.

In 1935, Kaunas-based construction contractor Isaakas Kaplanas founded a radio factory Karadi, which manufactured radio receivers assembled under the license of British company Marconi. The parts were imported from there, but the body was designed originally for Lithuanians. Only a few simple Karadi elements were manufactured in Kaunas, and the factory itself served more like a workshop with one English engineer and 5-6 workers. According to Zenonas’ research, Kaunas residents of the time, who had a technical understanding of radios, were not accepted to work in the workshop and the primary criterion for employment was to know how to solder. Over the several years of its existence, Karadi released or planned to release around 12 different models of which only seven have survived until today. The most interesting of them is the so-called Tautofonas: a small crystal set, battery-powered headphone device that could work without electricity. 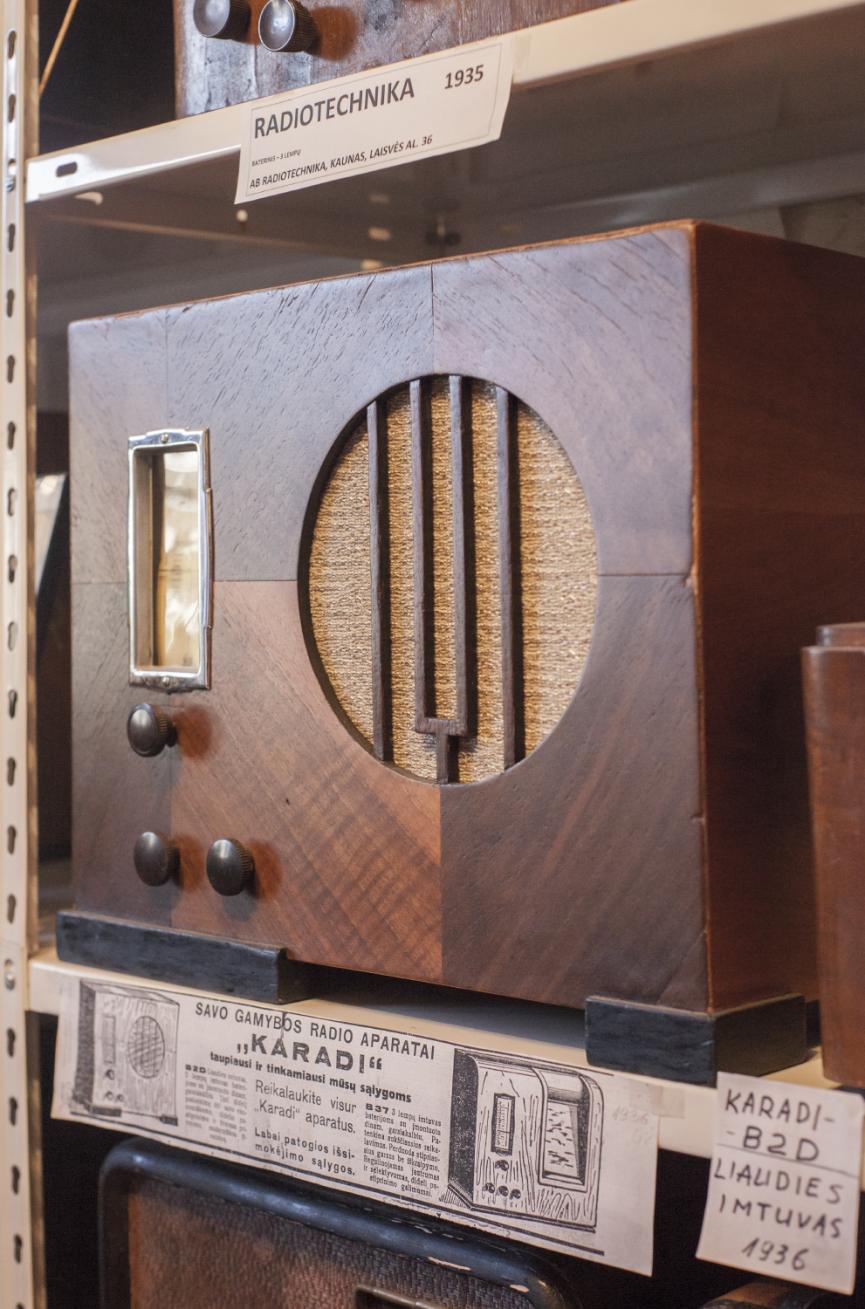 Made by Karadi. Picture by P. T. Laurinaitis

It was the reflection of the country at the time. With the rapid expansion of electrification, crystal sets were already becoming history and soon followed the battery-powered ones. Interestingly, a lot of crystal sets – only less fancy – were made by many Lithuanians in their homes, based on the drawings found in magazines.

And even though initially the production was successful, the growing competition from foreign firms and the rapid development of technology was the reason why the new Karadis did not show up in 1938. The prodigious output by other producers allowed them to ignore even the high taxes that applied to imported radio receivers. Zenonas also has a different theory – a relatively simple radio model sold by one of the prominent manufacturers in Lithuania is not found elsewhere in Europe, and while investigating the quantities of parts imported for warranty repairs, it is evident that these were imported in large numbers. “The taxes didn’t apply to parts, so who can say that these radios were not being assembled hush-hush, somewhere in Kaunas?” our respondent reveals a possible secret of radio history. 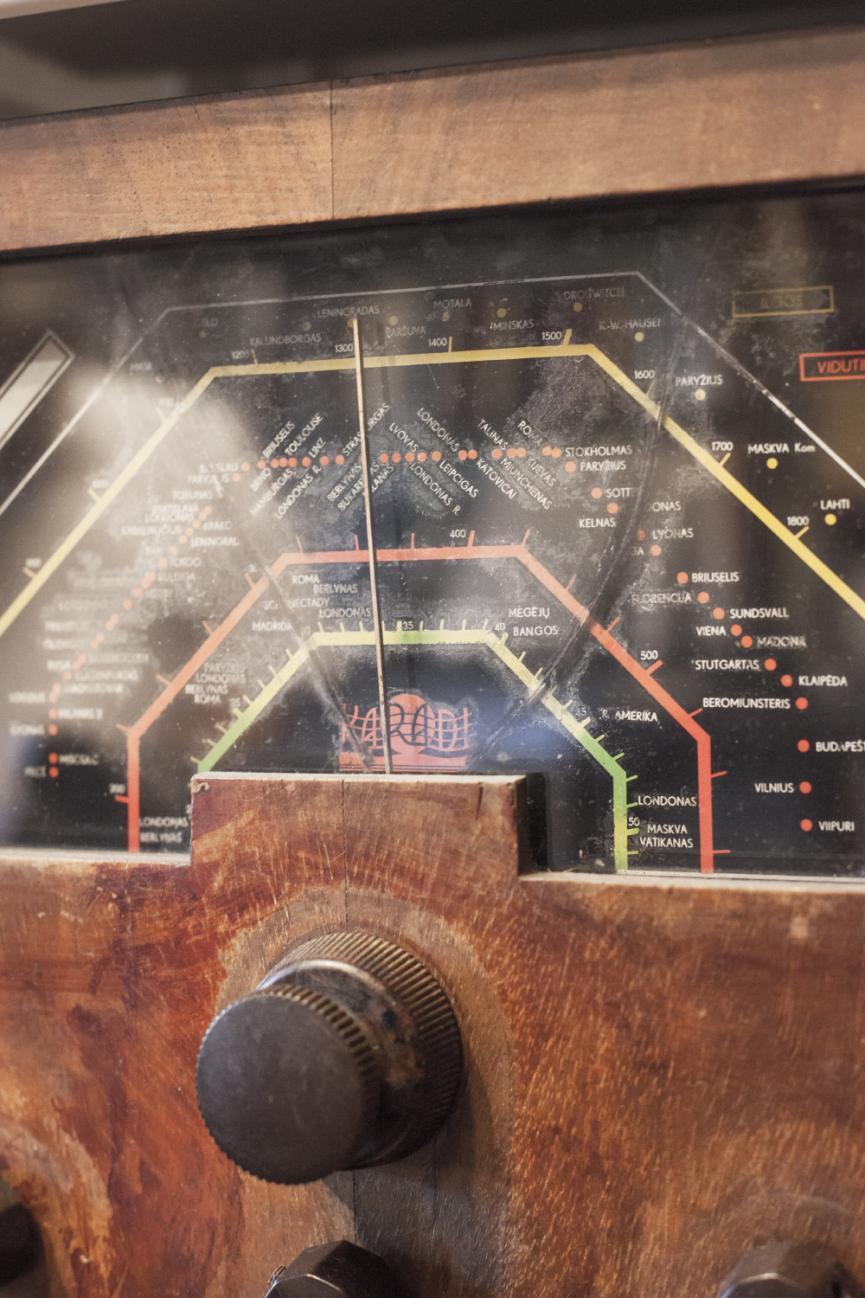 Made by Karadi. Picture by P. T. Laurinatis

During the occupation, radio manufacturing returned to Kaunas. In 1956, Kaunas Radio Factory was opened, which had part of its premises in the devastated Resurrection Church. After the liquidation of one of the factories in Moscow, the production of radio Majak was moved here. Soon a more Lithuanian Daina came out – it had an integrated turntable – and subsequently, tape recorders Neringa and Vaiva. 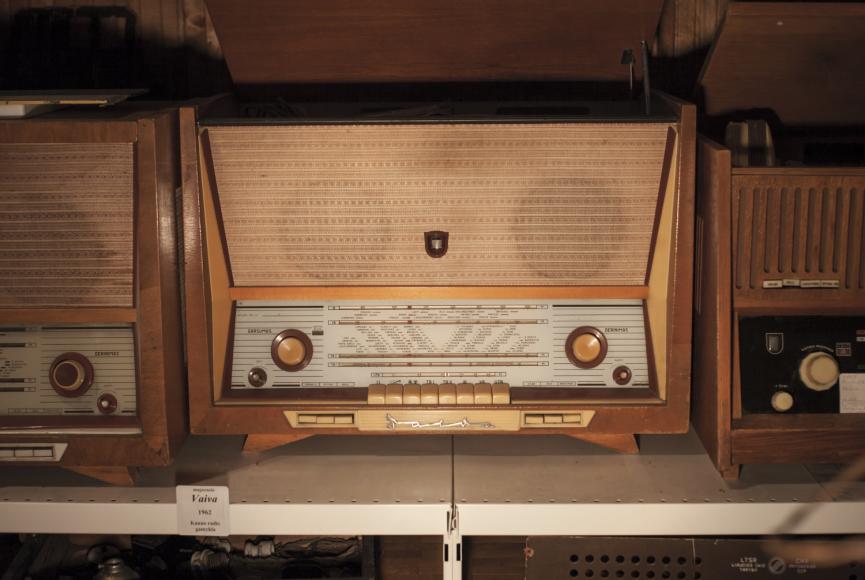 However, the most popular products were four Minija models. The first one is still a big mystery to the collectors: no one was able to locate a surviving example of it yet. According to Zenonas, some of them may have ended up in India. This presumption can be substantiated by the memories of employees who remember working with wires designed for tropical climates. Although the radio factory had released three conceptual transistor models in 1973 (called Nida), its primary focus since the beginning of the decade was the TV set. 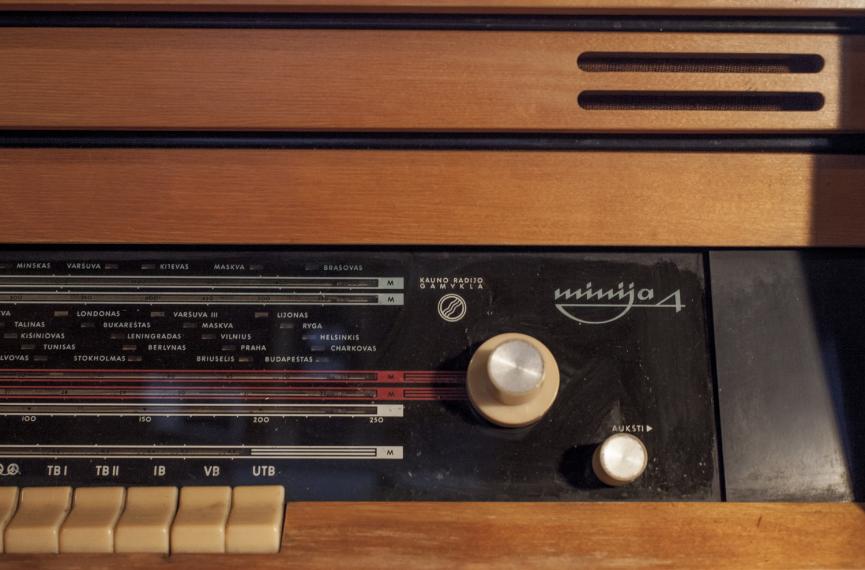 So, the fourth Minija was the last radio manufactured in the radio factory, and the new factory started making Šilelis television sets since 1973. Today, it is little known that at least three radio factory workshops produced monitors for the military industry. The guess is, they were used in the USSR Space Program, and the popular TV sets were more a cover-up or “what was left after the underlying production.” It is also interesting that the factory renamed as Banga also provided monitors for the needs of Moscow Olympics.

The history of the factory built under Stalin’s orders ended after its bankruptcy in 1995. A strange parallel could be drawn between it and Karadis’ inability to adapt to the changing market. Still, the history of audiovisual technology manufacturing didn’t end in Kaunas completely – a number of small companies continued to operate at the radio factory. We could say that Šilelis TV set of 1997, placed in a wooden frame and designed for the dramatic interiors of the time, was an exciting but not a very successful attempt to adapt to the market economy. 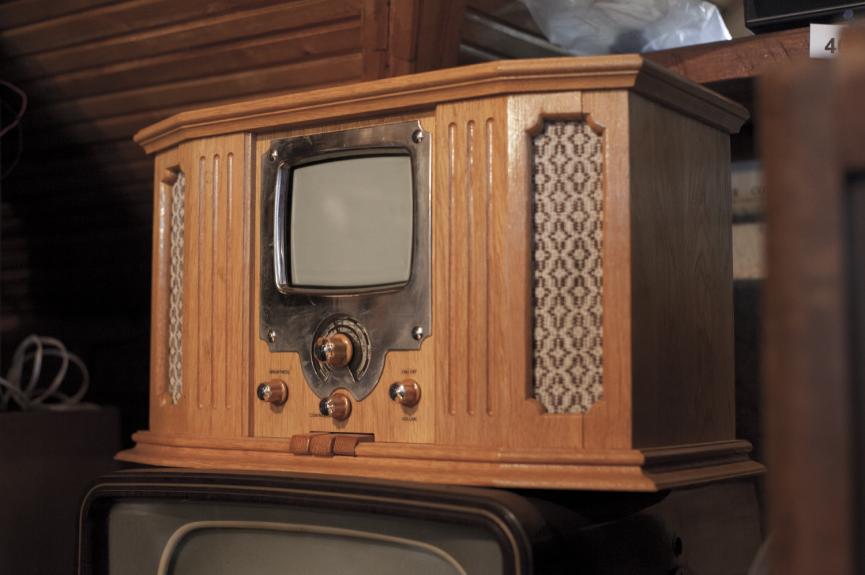 The fashion of the 1990s. A wooden-framed TV set! Picture by P. T. Laurinatis

Article and pictures by Paulius Tautvydas Laurinaitis for Kaunas Full of Culture magazine.