Moxy by Marriott to be Opened in Kaunas

One of the biggest in Kaunas, the new hotel will serve the needs of millennial generation travellers. 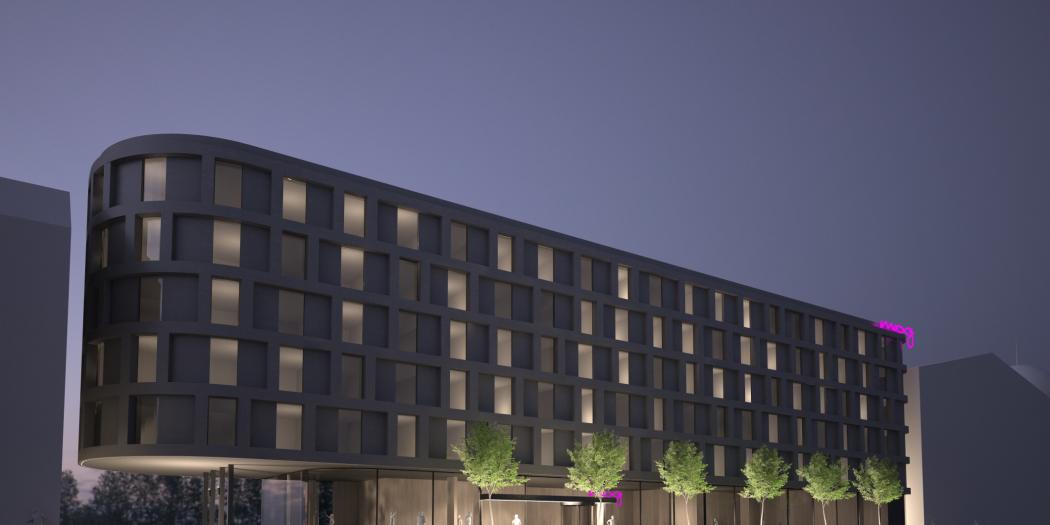 Mitnija, the largest construction company in Lithuania, is starting to build the new concept Moxy hotel in the centre of Kaunas. The three-star Moxy is part of the Marriott International hotel network. Its idea is adapted mainly to the needs and tastes of millennial generation travellers.

The new hotel will be built on Maironio Street, Kaunas, and will replace the former Sostinė shopping centre. The six-story 5,800 sq. m building will have 175 guest rooms. It will be one of the largest hotels in Kaunas and the first Moxy brand hotel in the Baltic countries. The completion of construction is planned for April 2020.

The Moxy hotel in Kaunas is being developed by the Tala LT real estate investment company, which has signed a construction contract worth more than EUR 8 million with Mitnija. The hotel will be managed by Apex Alliance Hotel Management, which also operates Courtyard by Marriott Vilnius City Center. Opened in 2018, it was the first Marriott hotel in Lithuania.

Moxy Hotels is Marriott International’s new millennial-focused brand, which debuted in 2014 with the opening of the Moxy Milan in Italy. A boutique-hotel concept, Moxy is a fresh and innovative brand combining stylish design and convenient service at an affordable price point. Lively public spaces, minimalist style, tech-enabled cosy and efficient guest rooms offer a new way of travelling and a thoughtful, spirited and fun guest experience. 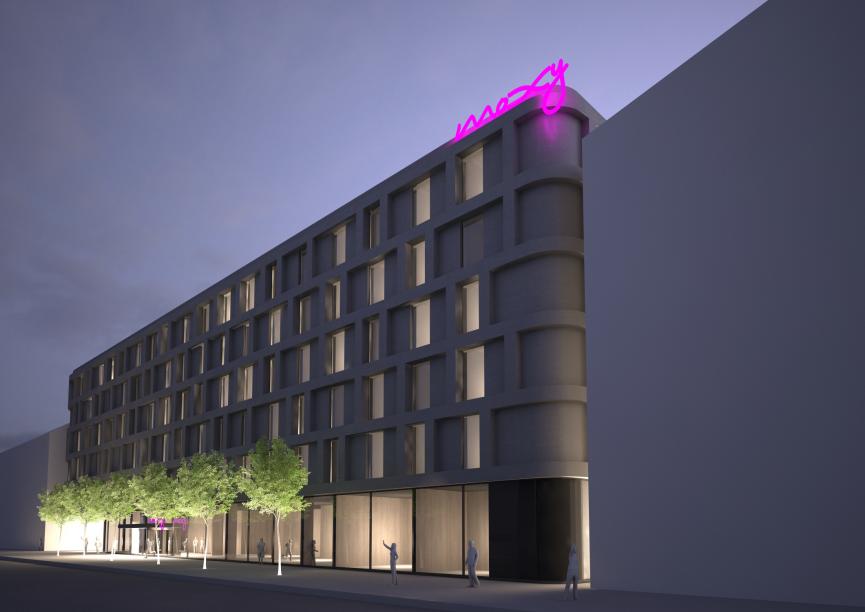 The interior of the Moxy in Kaunas will feature lively, fun interior solutions adapted to youthful tastes. Spacious common areas decorated with graffiti, drawings and photos, modern minimalist furniture, special lighting and other interior details will create the impression of a modern, lively, fashionable hotel for the young. At the Moxy in Kaunas, the hotel bar will also be used as the reception desk.

The hotel building in Kaunas will also stand out with its contemporary architectural and construction solutions. The side walls of the building will be concave, using special formwork to achieve this shape. A protruding structure will give the impression that part of the building from the second floor up is suspended in the air. It is a complicated and rarely used technological solution.

At the end of 2018, the number of Moxy hotels in the world was 30, most of them situated in the United States and Western Europe, while another 85 hotels are under construction.