November events in Kaunas. What not to miss?

The last month of autumn in “Kaunas - The European Capital of Culture 2022” is marked by special experiences. New exhibitions, music and theatre premieres await in the city, while the final events of the month will invite you to immerse yourselves into a grand closing program “The Contract”. “Kaunas 2022” shares recommendations on what to see and what not to miss as the year of the European Capital of Culture draws to a close.

Already on November 4th, “Kaunas - the European Capital of Culture 2022”  welcomes the 5th triennial of Ukrainian contemporary art “Ukrainian Cross-Section 2022. UKRAINE! UNMUTED”.  The triennial will present an exhibition, a performance, public discussions and a book of essays. All the events attempt to disclose what Ukrainian art was and what it is now, letting the art speak for itself. This year, the main exhibition of the triennial will present 17 artworks by Ukrainian artists from Dnipro, Kherson, Kyiv, Kharkiv, Lviv, Odesa and Donetsk. The exposition will invite visitors to discover video works, installations and objects, paintings, graphics, and photography works.

As a Japanese consul in Lithuania during World War II, Sugihara rose above the terror of the Nazi regime by risking his life and career in saving 6.000 Jews who were fleeing Europe. On November 5th, this story will be remembered in the language of music by Kaunas State Choir, Kaunas City Symphony Orchestra, cello virtuoso Kristina Reiko Cooper and conductor Konstantinas Orbelianas, who will present a special musical programme “Carrying the Light”.

When: November 5
Where: Kaunas State Philharmonic
Tickets are available here.

Freedom, power, money, and human rights – these are the universal themes explored by the first Work Museum in Luxembourg (MUAR/ Musée van der Aarbecht). In a rather contemporary way, the exhibition “Working Class Heroes” presents three working-class heroes Jean-Pierre Bausch (1891–1935), Léon Weirich (1878–1942) and Jean Schortgen (1880–1918). Personal stories of the people who created Luxembourg, a small country in the middle of Europe, raise relevant questions anew: who created your country, who represents your rights today, and how far have we progressed in the field of labour law?

When: Until 2023 February 23
Where: Kaunas Picture Gallery
More information is available here.

International symposium “The Idea of Europe”

The recent decades' geopolitical, international, cultural, and mental changes make it a pressing issue to ask again, what do we mean when we say ‘Europe’? European and world intellectuals, scientists, artists, and politicians will meet at the two-day event to answer this question. The presidents of Lithuania, Poland, Romania, Latvia, and Estonia will participate in the symposium. The symposium is under the patronage of the President of the Republic of Lithuania Gitanas Nausėda.

When: November 25-26
Where: Vytautas Magnus University

Performance the “Assembly Kaunas” is a joint creative project of the Kaunas National Drama Theatre and the documentary theatre Porte Parole (Canada). By using theatrical means, the project aims at creating a democratic dialogue on topics that greatly divide our society. During the creative process of the performance, the creative team invited 4 strangers with different ideological views to a dinner in which they discussed the topics greatly polarising our society. In the performance, you will see the re-enacted discussion: the actors will play real people, who have participated; their language will be authentic and not edited. The Assembly Kaunas is an aspiration to restore our faith in the possibility of change.

The Learning Garden of Freedom is a retrospective exhibition of Yoko Ono’s work organised in collaboration with Studio One in New York, founded by the artist herself, the Contemporary Art Centre in Vilnius, and the Kaunas Picture Gallery in Kaunas. The exhibition presents an overview of Yoko Ono’s works, including various creative periods and practices ranging from conceptual art and experimental films to spatial installations, objects, and performance art. 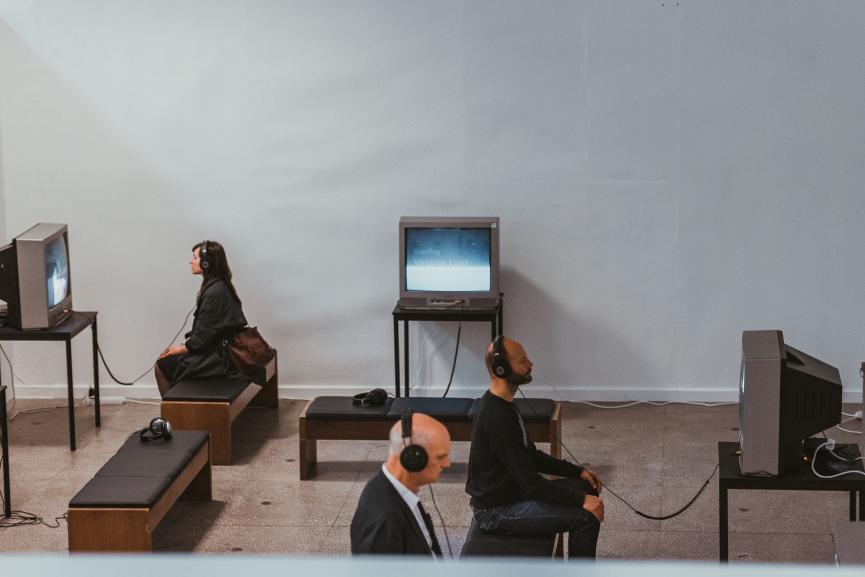 The OSTRALE Biennale in Dresden is one of the largest contemporary art exhibitions in Germany, organized in non-traditional spaces, initially designed for purposes other than art. “Streams upstream” is the final OUT of OSTRALE event, completing the series of European cultural cooperation project “Flowing connections”. This is an exhibition about globality and all the nowness, unfulfillments and subtexts of this multi-layered phenomenon.

The journey of “Kaunas - European Capital of Culture 2022”, which has given more than 1,500 events and initiatives, is slowly coming to an end. At the end of autumn, the organizers are inviting you to the last adventure - the 4-day long year-closing program “The Contract’. November 24-27 Kaunas and Kaunas district will invite you to a free concert of the “Ten Walls”, numerous events, exhibitions, and the grand closing performance in the “Žalgiris” arena.

When: November 24-27
Where: Various places in Kaunas and Kaunas District