Pažaislis: A new Must-visit Stop for Film Tourists in Kaunas

To acknowledge the award for the best film location in Europe, two plaques were installed at the monastery. 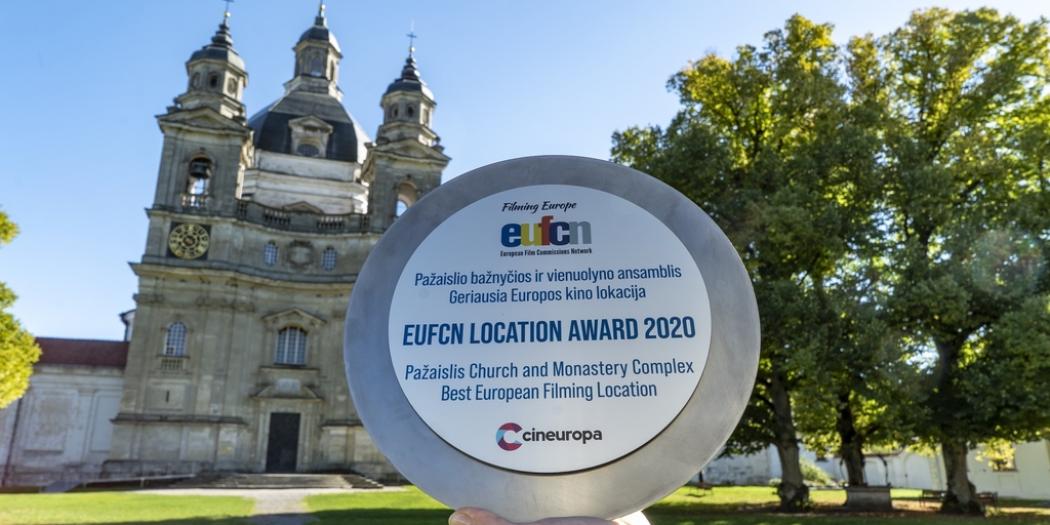 Pažaislis monastery, praised for its late baroque architecture, has become a must-visit object for film tourists. Earlier this year, the unique complex won the EUFCN LOCATION AWARD, the annual prize for the best European location in the film and TV industries. To acknowledge this, two plaques were installed at the monastery.

Kaunas secured the EUFCN LOCATION AWARD 2020 for Catherine the Great, the HBO and Sky miniseries shot in Pažaislis in 2018. The main star of the series is the Oscar-winning actress Helen Mirren who stated she very much enjoyed her stay in the hospitality complex Monte Pacis located at the monastery. 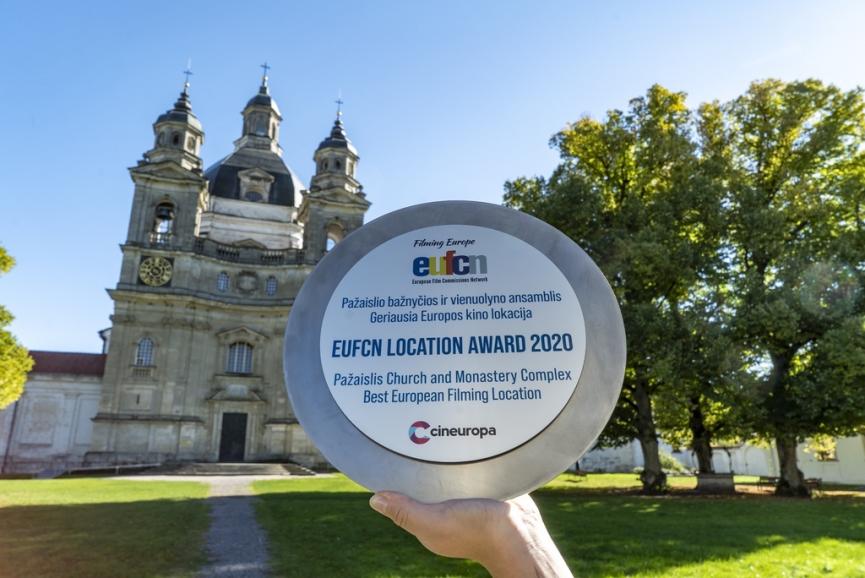 EUFCN, or the European Film Commissions Network, unites 95 companies in 31 states. The awards have been held since 2017, but it’s the first time the network recognition has received a physical body.

‘There are two types of awards – some belong to the office and are only visible to those visiting us, some deserve much more attention. After all, it’s a recognition for the whole city, not just for the film office, and we want everyone to see what and why has been awarded, and to make people proud – this is why we initiated the plaques,’ says Aurelijus Silkinis, head of Kaunas Film Office. 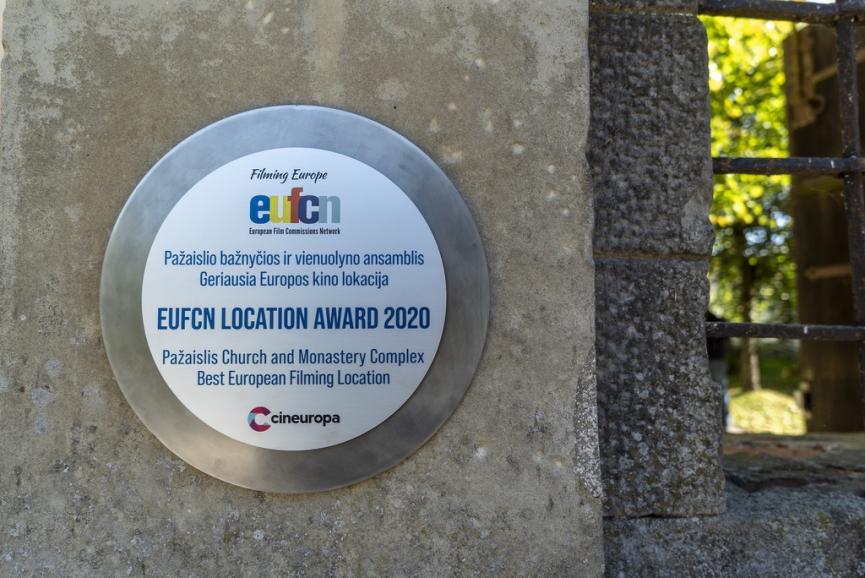 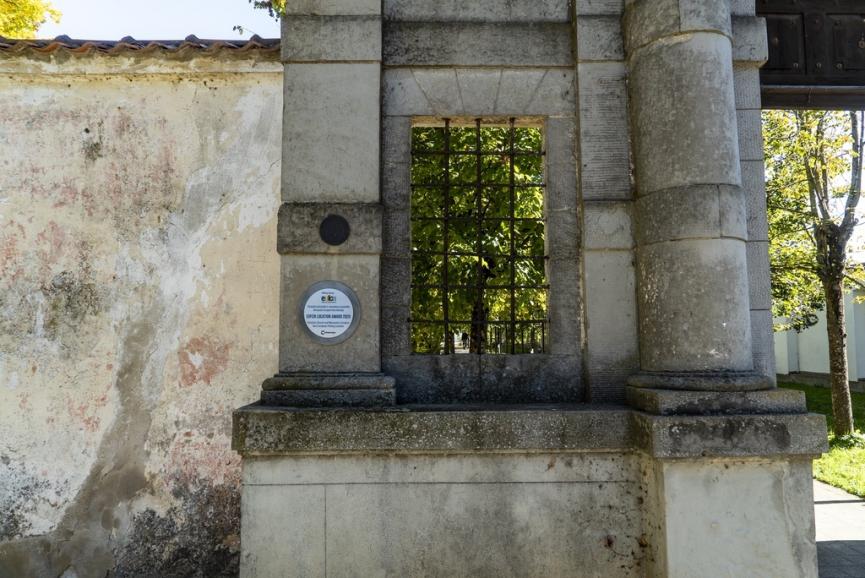 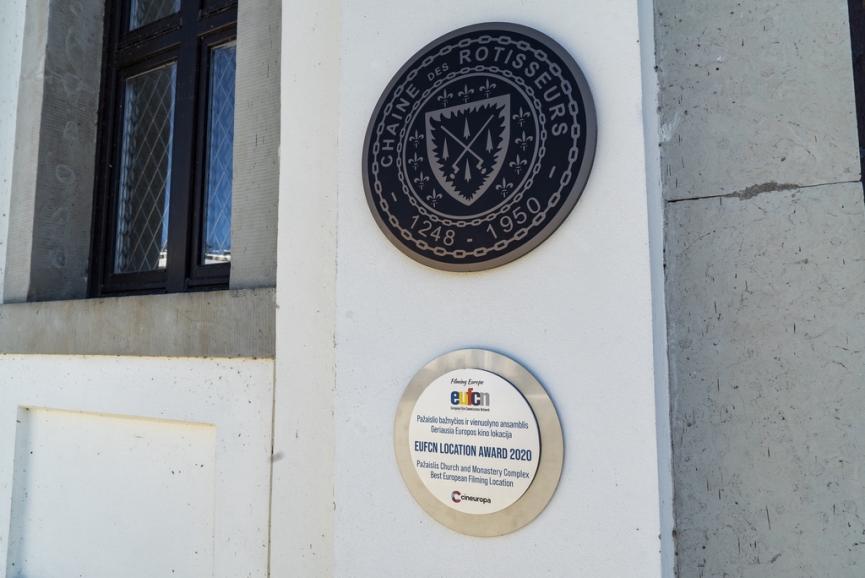 Indra Ramanauskienė, head of the hospitality complex Monte Pacis which contributed financially to the instalment of the plaques, is optimistic that a physical mark of the award is essential in a few aspects. ‘No matter how influential media is, people will have forgotten what they had read in a few years, and when they see the plaque, it will revive their memories – of course, some will only then discover the connection between the series and the location.’

‘We are confident that such recognition will inspire future travels to Kaunas and that it will help enhance the collaboration between heritage sites and film productions across Europe. We would like to give a special thanks to the Kaunas Film Office for its dedication and enthusiastic work in promoting the Award,’ said Sara Hernandez, EUFCN Communication & Social Media Manager. 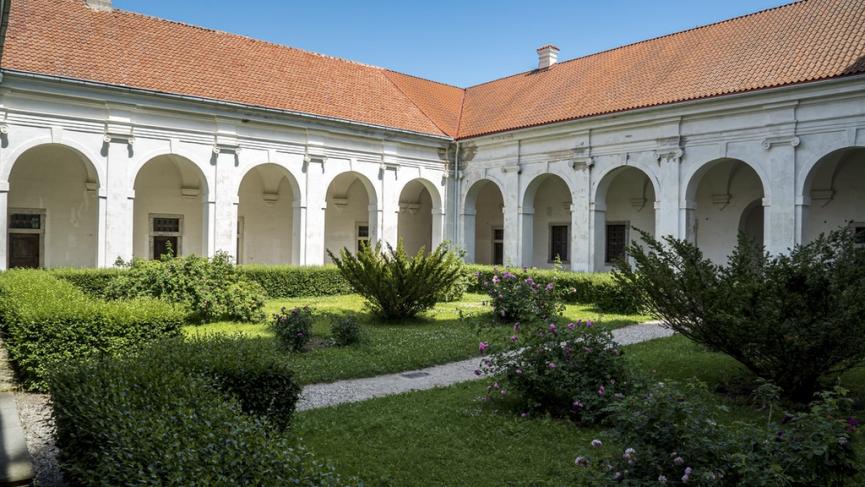 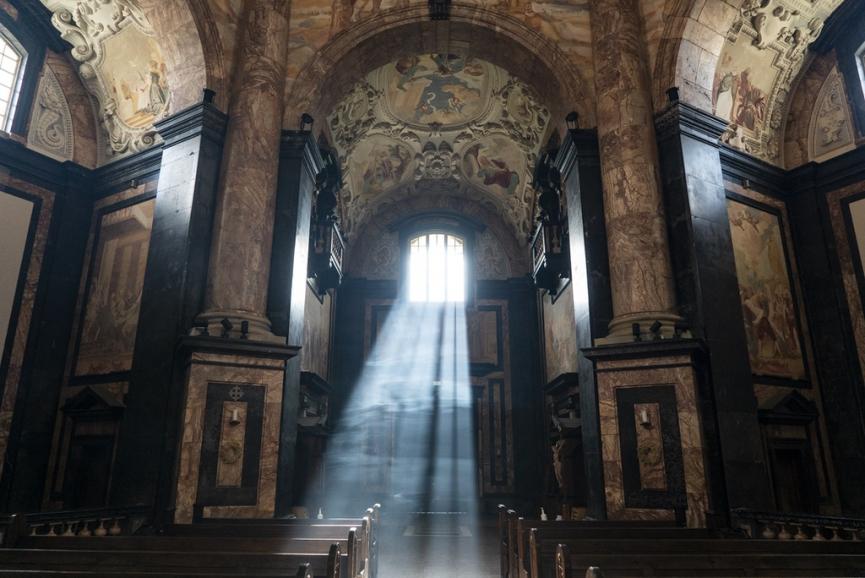 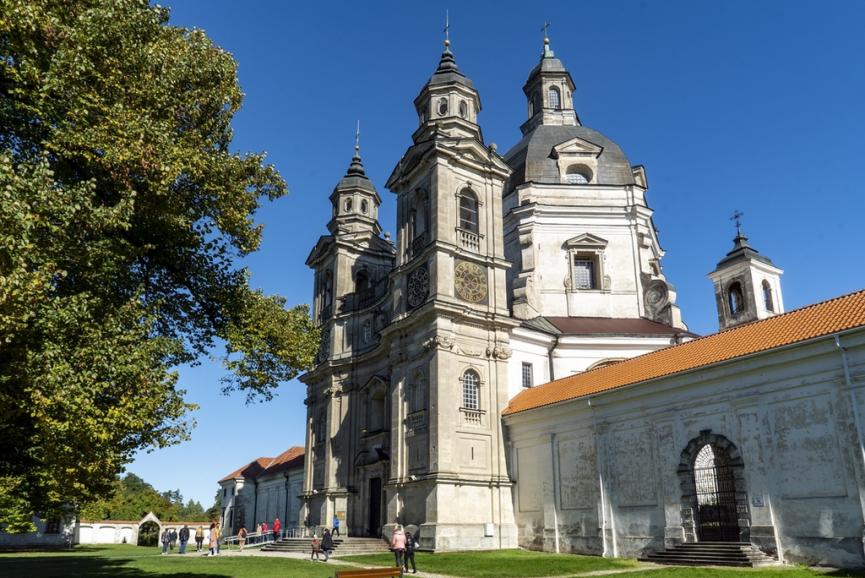 ‘To highlight a film location in this creative way is a means of increasing interest both for the production, the location, the competition and the great work film commissions are doing all over Europe. An amazing idea that both inspires us all and makes us proud. I can’t wait to visit the beautiful monastery’, promised Mikael Svensson, EUFCN Co-president.

Inga Pažereckaitė-Kalėdienė, head of Tourism division at Kaunas City Business, Tourism and International Marketing Agency Kaunas In, is also positive about the potential of film tourism in the region. She states that objects featured in popular movies and TV series usually become top attractions. ‘A great example of such interest is a bridge in Kaunas that was featured in the Chernobyl series – it’s a new point of interest in Kaunas, and yes, there is a road sign leading to it. Pažaislis, a prevalent example of baroque architecture, is now being discovered by new audiences – we have noticed the interest both after the premiere of Catherine the Great and after the award.’