Kazuyuki Shimada, a Japanese guy who has discovered Lithuania, shares his impressions of his visit to Kaunas, and the legacy of Chiune Sugihara. 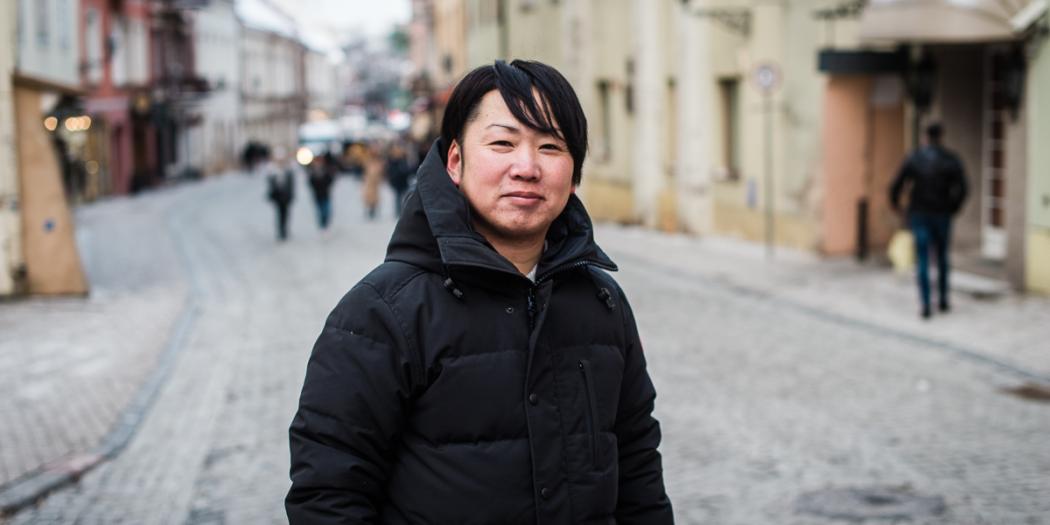 To commemorate the 80th anniversary of the Japanese Consul Chiune Sugihara, 2020 was declared the Year of Sugihara in Lithuania. On this occasion, we speak to Kazuyuki Shimada, a Japanese guy who has already discovered Lithuania and shares his impressions of his visit to Kaunas, and his thoughts about the Righteous Among the Nations that saved thousands of Jewish lives.

Kazuyuki Shimada discovered Lithuania by chance. With new interest in IT and finance, a beauty industry insider exchanged his small businesses in Kyoto and Shiga to new opportunities in Vilnius. The first visit of the businessman to Lithuania in fact started from Kaunas. Shimada arrived here in May 2018 to get acquainted with the future workplace and the city; this visit determined his decision: to choose Lithuania for the year instead of Dubai. In Lithuania, Shimada worked as a Japanese-English translator and community manager while he studied game design.

Remembering the time spent in Lithuania, the Japanese emphasizes the most unique places – the snow-capped Hill of Crosses, Trakai Castle, and the Sugihara House in Kaunas. According to him, the knowledge that most Japanese have about Lithuania, including Kaunas, is limited to general facts and the fact that diplomat Chiune Sugihara worked here, and issued “visas for life” during WW2. 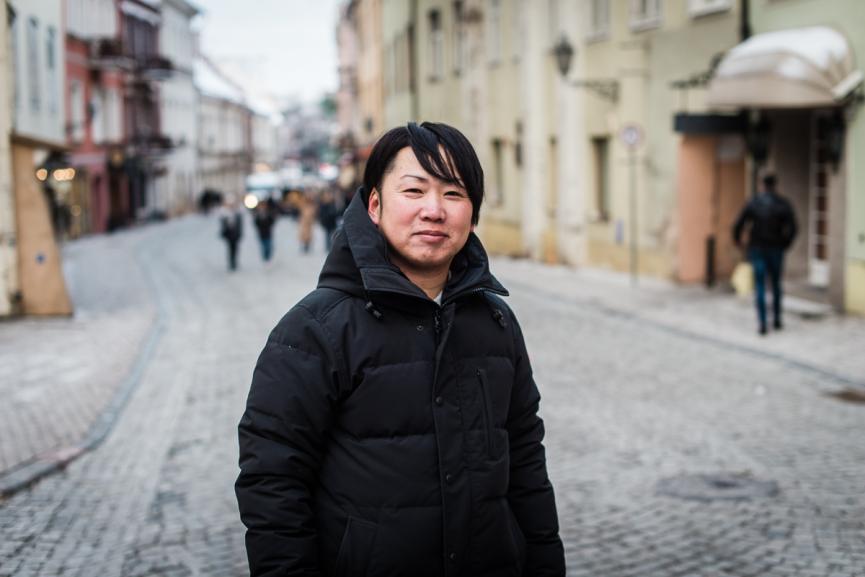 “After visiting Sugihara’s house, I was pleasantly surprised – I realized that the people of Kaunas understand Sugihara better than the Japanese, including me. You respect him; meanwhile, the Japanese government recognized his work only a couple of decades ago. It is strange to realize that we know relatively little about prominent Japanese personalities who are honoured abroad. I am very grateful to the people of Kaunas for the opportunity to learn more about the work done by Sugihara,” Kazuyuki Shimada said.

Sugihara is called The Japanese Schindler. In the very end of the period of two years (1939–1940) that he spent in Kaunas, he saved more than 6,000 people’s lives. The Israel government named the Japanese diplomat the Righteous Among the Nations, but his merits were not recognized in Japan until 2000.

The Spirit of the Samurai Path

Speaking about Sugihara’s chosen path, Shimada emphasizes that the future Righteous Among the Nations broke the established norms while still living in his homeland. In Japan at the time, the father had absolute power over the whole family. It was customary for the head of the family to decide which professional path his offspring would take. In the case of Sugihara, he was expected to become a doctor, but Ch. Sugihara chose the direction of a diplomat based on his convictions.

The uprising against the established rules continued even when a diplomat resided in Kaunas. He did not receive approval from the Japanese Ministry of Foreign Affairs for providing assistance to Jews fleeing from Nazi Germany. Despite the official position of the government, he took responsibility and still issued several thousand transit visas.

“As for Chiune, what fascinates me the most is that when he found himself in a difficult situation, he listened to his inner voice. His intolerance of discrimination probably stemmed from his humanity. Another important thing was the full support of the wife and children, which inspired the strength to help others first. Therefore, not only Chiune but also his family deserve our respect.

Taking an interest in Sugihara, I formed the opinion that he was never proud of the work he had done. His saying went very widely in Japan: “I have taken care of what needs to be taken care of. I didn’t do anything special.“ His humanism reminds me of the spirit of Bushido, also known as the Samurai Way. It used to be found by most Japanese, but now it is less and less common. It is a code of honour in which several moral principles intertwine: justice, patience, endurance, ingenuity and simplicity. Ch. Sugihara made them all meaningful with his works,” Shimada told.

When Sugihara returned to Japan, people criticized him for what he had done in Kaunas. For some time in official documents and in public, it was said that he had voluntarily resigned from the diplomatic service. In reality, he had been fired for actions, opposite to the instructions of the Japanese government.

According to Shimada, for these reasons, the Japanese only recently learned about Sugihara’s heroic works. The diplomat’s family and the stories of the rescued Jews contributed to this. It was only thanks to these people that the Japanese government finally changed their mind and acknowledged that the diplomatic decisions based on the principles of democracy and humanism were the right in the first place.

“The history of Chiune Sugihara began to become popular in Japan after the honour of his name was restored. More and more Japanese are interested in his life, watching movies about him and what has been done in Kaunas. People are beginning to understand the scale of it all. From now on, we have more opportunities to learn about one of the most famous Japanese diplomats, and at the same time, to get to know the city where he lived, Kaunas. To not only visit Sugihara house but also other places that the diplomat had connection with”, said our new Japanese friend.

During a short stay, Shimada managed to visit the small Sugihara house-museum located in Kaunas Žaliakalnis. There, the Shimada was fascinated by the authentic history of the consulate shown in several rooms – videos, a personal collection of the  diplomat’s items and personal photos, and most importantly, passports with visas that saved thousands of lives. 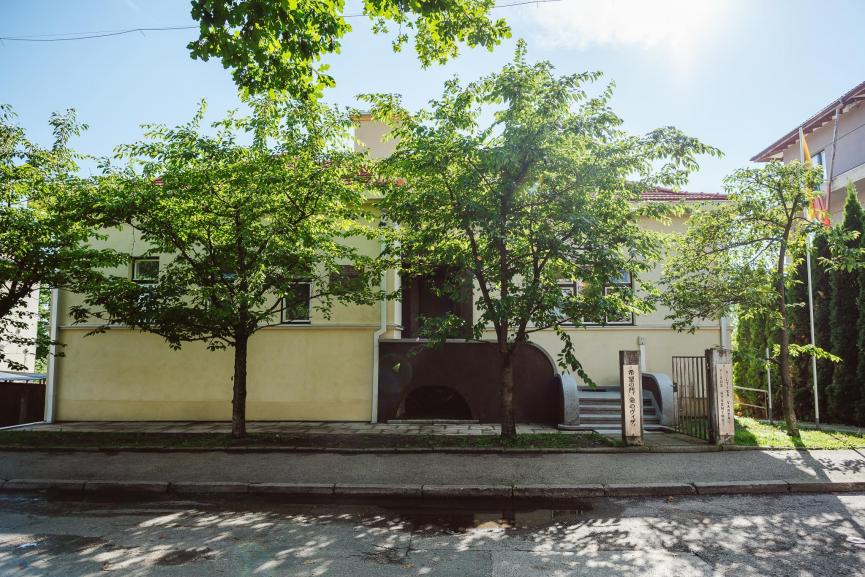 Sugihara House. Picture by A. Aleksandravičius. 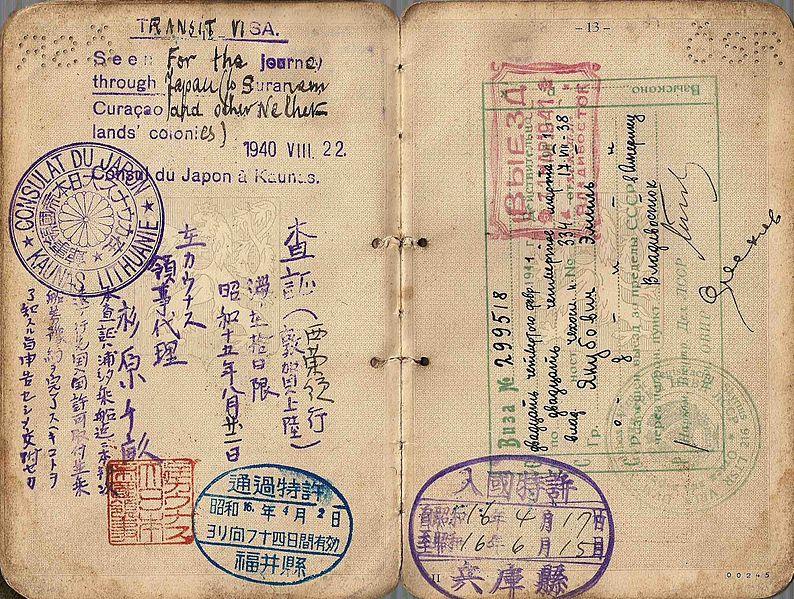 Kazuyuki also hinted that although there is no direct flight from Japan to Kaunas, he expects to revisit Kaunas soon. According to him, it is a beautiful city where historical and modern buildings mix, and the bank of the Nemunas and the nature surrounding the Neris River would impress many Japanese travellers. K. Shimada also alluded to the desire to try out The Sugihara Route by It’s Kaunastic meandering through the city, and the opportunity to participate in the annual events organized in memory of Sugihara.

This year, anyone who wants to get to know the culture of Japan and the personality Chune Sugihara, can do a great job until October 18th. More than 50 various events and initiatives, organized together with Lithuanian, Jewish and Japanese communities and regions, are scattered around Kaunas, Vilnius, Telšiai and Druskininkai. The full program of Sugihara Week events can be found online: sugiharaweek.kaunas.lt. Of  course, you are welcome to visit the Sugihara House and explore the Sugihara Route any other time.