The European Night of Museums’2019: What’s on in Kaunas?

Since 2011, the International Council of Museums has been sponsoring The European Night of Museums. By welcoming the public at night, museums provide visitors with a new perspective on their collections, applying a more creative and sensory approach. 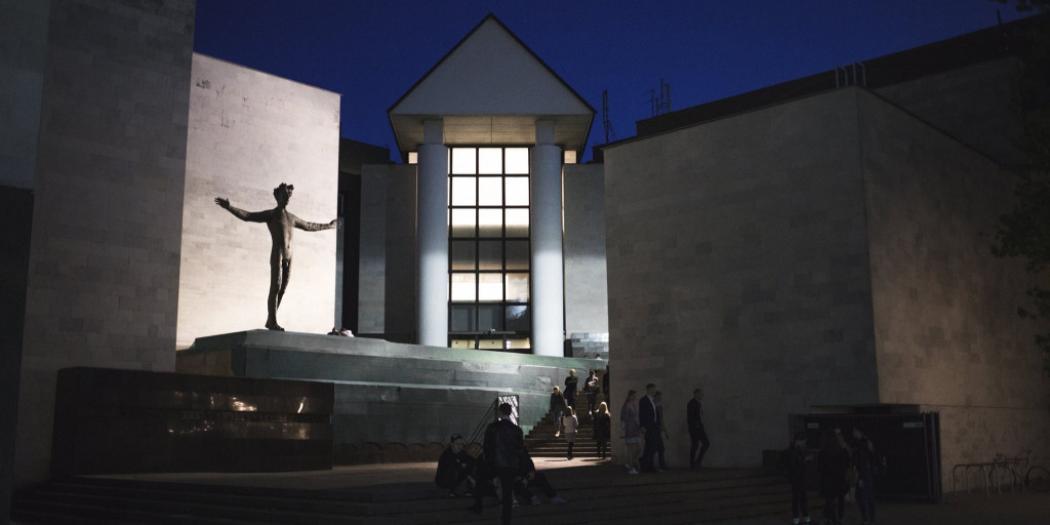 Since 2011, the International Council of Museums has been sponsoring The European Night of Museums, which is celebrated every year on the third Saturday of May. By welcoming the public at night and offering free events including concerts, performances, plays, exhibitions, excursions, educational sessions, film reviews, amusements, etc., museums provide visitors with a new perspective on their collections, applying a more creative and sensory approach. This year, the Museum night, as we call it in Lithuanian, will be held on 18 May 2019 in hundreds of institutions all around the continent. In Kaunas, too! While many of the activities such as excursions and workshops will be held in Lithuanian, we have cherry-picked some of the events accessible for those not speaking our language.

The city museum operates in several branches that will be open for visitors from midday to midnight. At the Kaunas Town Hall, The Kaunas Castle, The Folk Music, and M. and K. Petrauskai Branches, the museologists will be waiting for you ready to tell you the most amazing stories.

At the Kaunas Town Hall, the historical exposition in the underground of the museum will transfer you to the oldest times; you will move to the Temporary Capital Period when you visit the office of the Burgomaster of Kaunas, Jonas Vileišis. You will be able to feel the spirit of Soviet Kaunas examining the temporary exhibitions of ceramics and photography, while contemporary Kaunas may be enjoyed through the windows of Kaunas Town Hall tower.

On 6 pm, a temporary exhibition “Kaunas (Un)Temporariness” dedicated to the Year of the Temporary Capital will be opened. The exhibition presents Kaunas in 1919-1940. After WWI, when Vilnius was occupied by the Bolsheviks and later by the Polish, Kaunas became the temporary capital of Lithuania from January 1919. This exhibition represents not only the past but also the present of the city and analyses which signs of the Temporary Capital Period have become an inseparable part of Kaunas identity.

At the Kaunas Castle, you will meet an interactive ghost living in the underground, play a Medieval game, or have a look at an exceptional temporary exhibition “Vytis of Lithuania and Lithuanians. The Contribution of Émigrés to the Creation of State Symbols.”

At the Folk Music Branch, be prepared to play some music: in the interactive exhibition, you will be able to play all music instruments, to sing karaoke of Lithuanian multipart songs, or even to become DJs using a unique interactive game “DJ Folk.” You should also have a look at the newest temporary exhibition focusing on post-folklore festivals.

At the yard of Mikas and Kipras Petrauskai House, an interwar photo studio will be operating, and the museologists of the branch will invite you to see the memorial flat of opera singer Kipras Petrauskas, the temporary exhibition “State Theatre. The Music that Brings the Nation together,” an educational class and its attributes, and the temporary exhibition “Lithuanian Operas and their Creators. From “Birutė” to “Dryžuota opera” arranged in the class. You’ll be able to have some rest at the informal “X Space” of the branch. 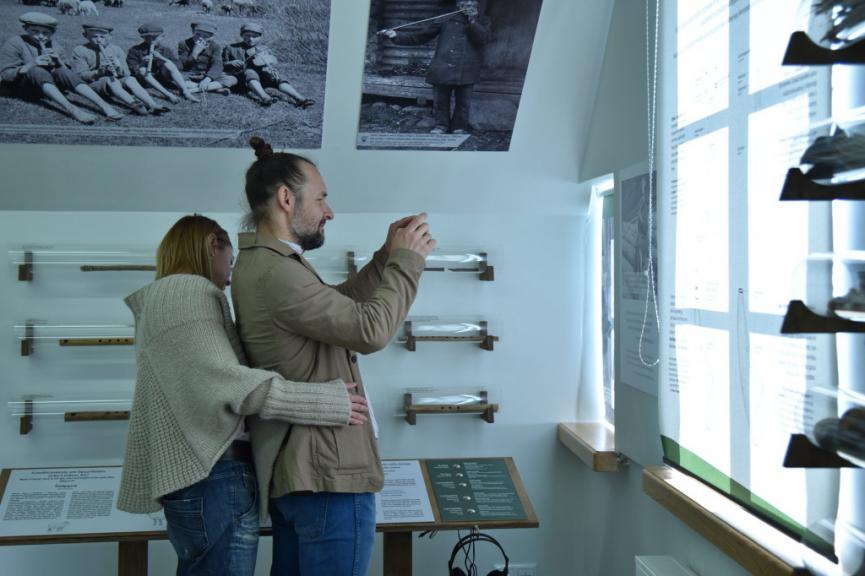 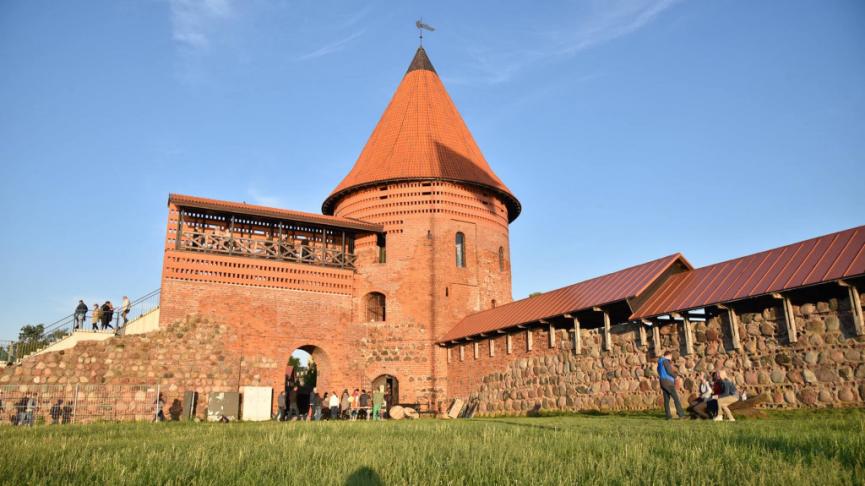 The Folk music branch and the Kaunas castle during Museum night'2018. Pictures by Milda Gineikaitė.

One of the largest institutions of this kind in Lithuania invites everyone to an event uniting its eight departments and called “Cultural Labyrinth: 1 night - 8 exhibitions“. During the event, while walking the city labyrinths – parks, yards, stairs – at nightfall, you will discover Kaunas in a new way. In each of the museums and galleries, you will see special exhibits displayed exclusively for this night, hear engaging stories and secrets that are stored at the oldest museum of art in Lithuania. Look out for special signs and #1night8exhibitions hashtag! 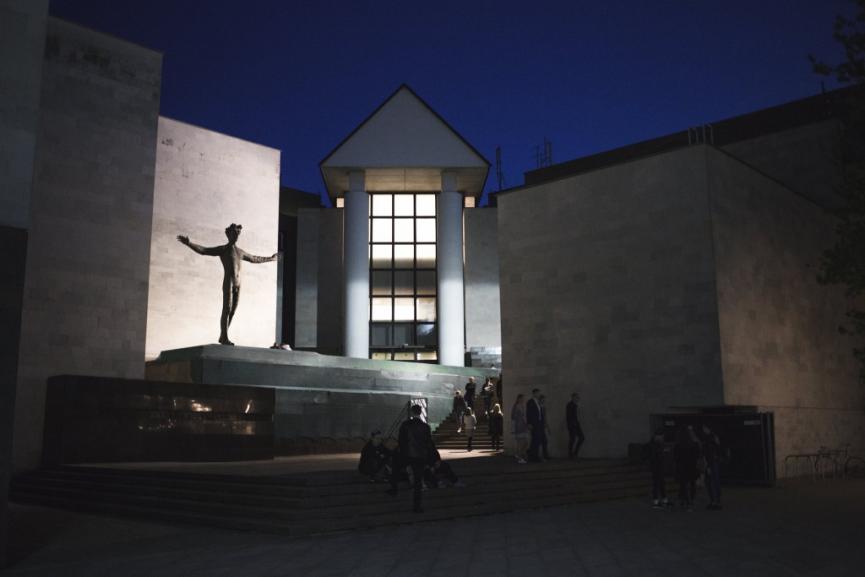 M. Žilinskas Art Gallery at night. Picture by the museum.

Representing the history of our country, the Vytautas the Great War Museum invites everyone to experience the path of a volunteer soldier as well as take a walk in a museum in complete darkness. The museum is one of the most popular, so plan ahead as you might be asked to queue for a while. 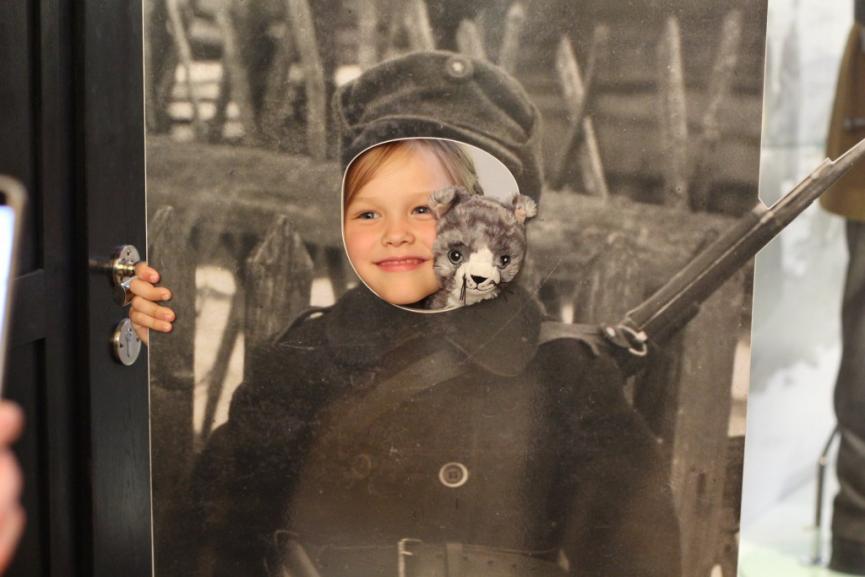 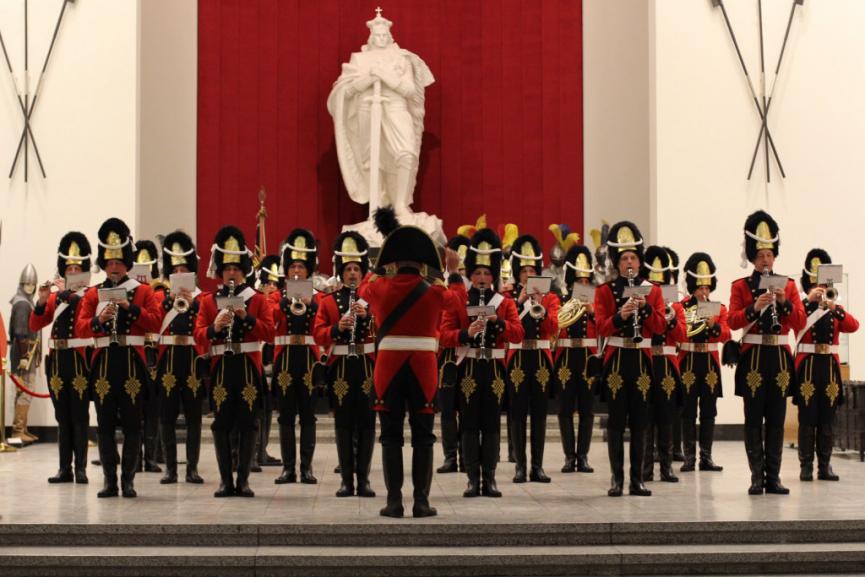 Pictures by the museum

Located in the aerodrome of S. Darius and S. Girėnas (named after the pilots who flew across the Atlantic in 1933 but who tragically crashed short of their final destination), the Lithuanian Aviation Museum offers an impressive mixed bag of exhibits that trace many aspects of Lithuanian aviation history, with some great historical aircraft relics exhibited outside. During the Museum night, a reconstructed historical Lithuanian aircraft ANBO II is expected to land in front of the museum. There’ll also be live music, plenty of opportunities to enhance your Instagram feed, chats and doughnuts. 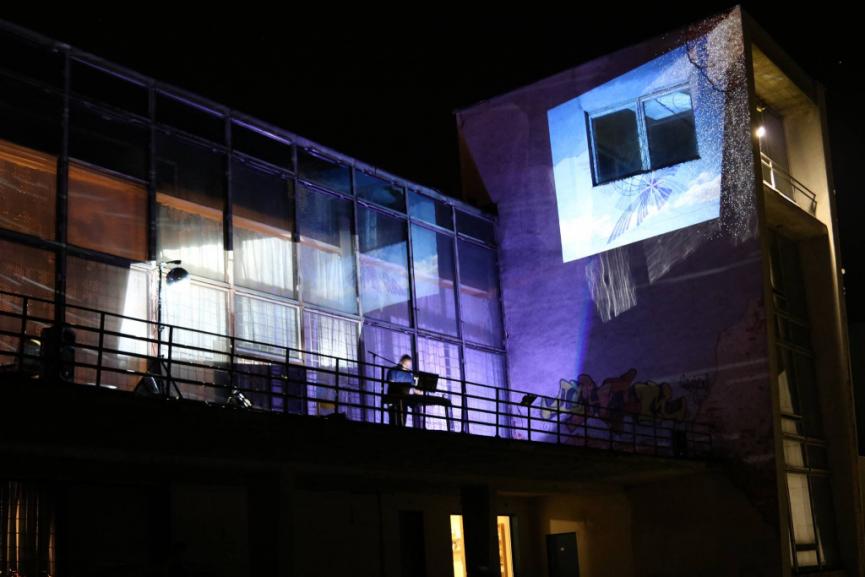 Opened in 1919, the Kaunas Tadas Ivanauskas Zoological Museum celebrates its centenary in 2019. Until the Soviet invasion in 1940, the current building of the museum was once the HQ of the Jewish National Bank, with some parts of this art deco building still visible on the third floor of the museum. You’ll have until midnight to explore the permanent exhibition as well as some of the oldest exhibits not usually on display. 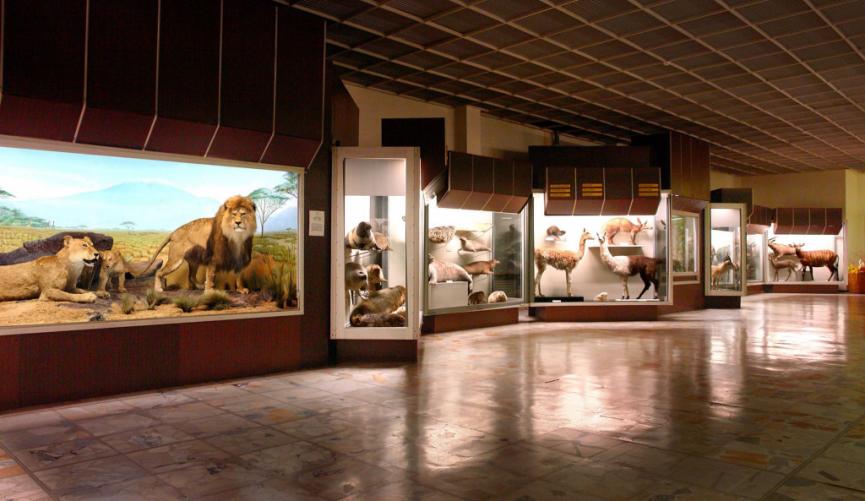 Another exciting place to visit during the Museum night would be the Gemology museum. One of the very few privately owned museums in Kaunas is in fact very popular due to the nature of its exhibits. They say diamonds and minerals are way more beautiful in the dark… 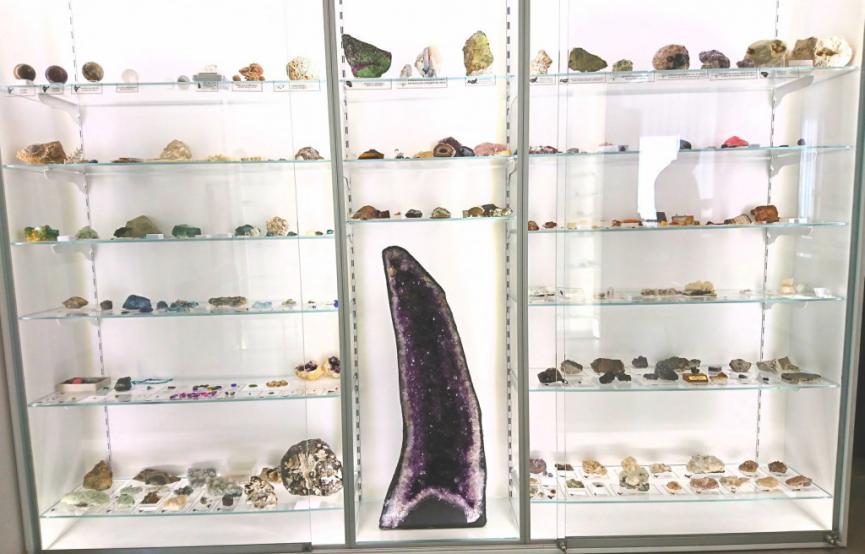 The Lithuanian Education History Museum, one of the oldest – yet decidedly modern – museums in the country, covers both the misty epoch of dark classrooms and secret homeschooling and the education of young Lithuanians in exile. During the Museum night, you’re welcome to play a session of Kaunopoly, an artistic interpretation of the classic game. 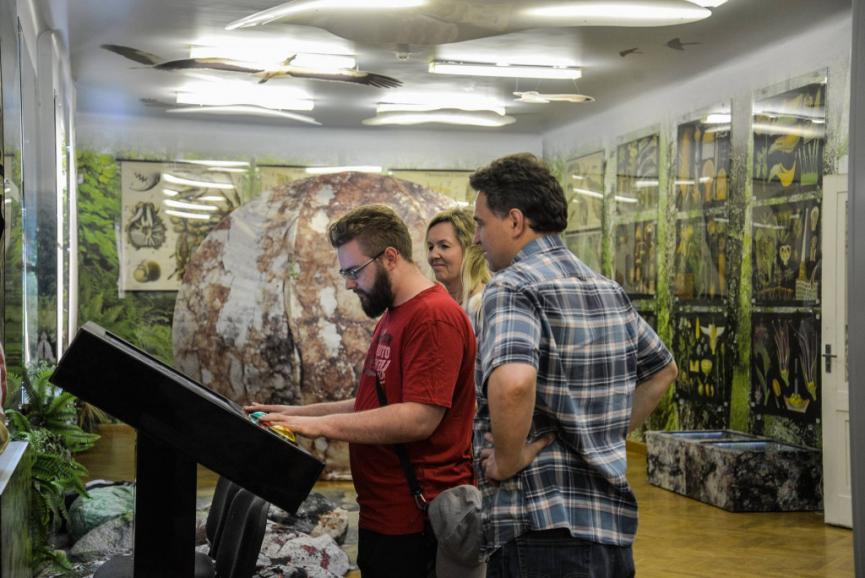 Located at Kaunas Ninth Fort Museum, a gigantic monument, erected some 30 years ago, is one of the most awe-inspiring landmarks of Kaunas – and a reminder of all the blood that was spilt here (Before WW2, the Ninth Fort of the Kaunas Fortress was used as a jail. Later, thousands of Jews were killed here). It’s worth visiting any time of the year. During the Museum night, the visitors of the museum will be invited to explore its vicinity in the dark and share their feelings afterwards. 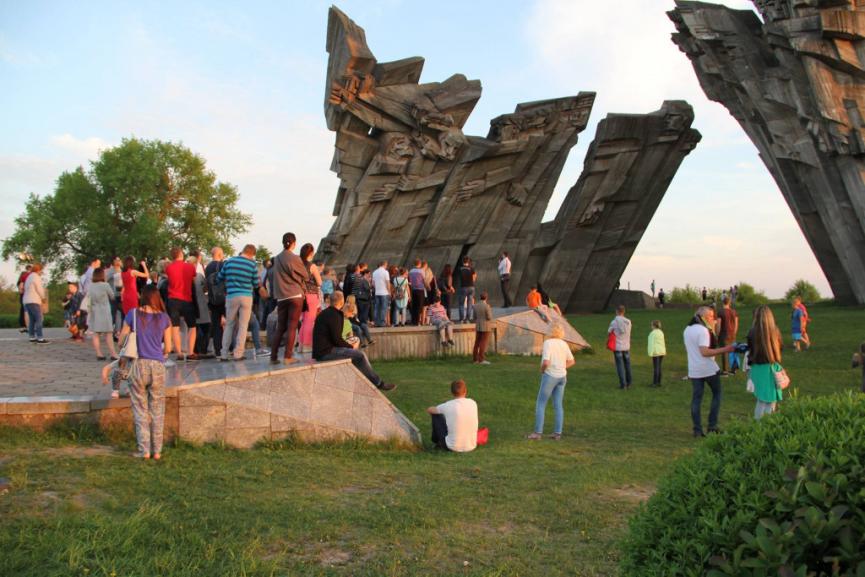 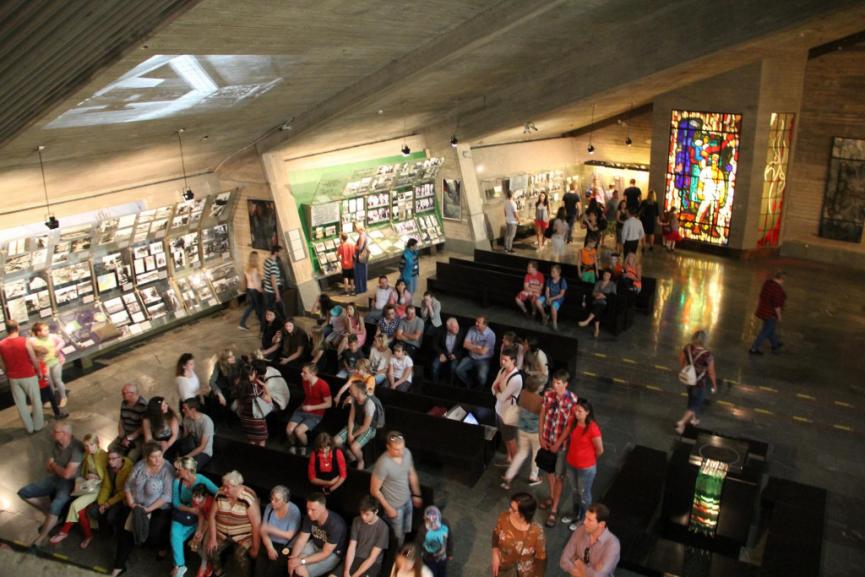 Museum night'2017. Pictures by the museum.

Located in the Town Hall Square, the delightful little Museum of the History of Lithuanian Medicine and Pharmacy tells all about the history of healing. From shamanic rituals to a picturesque vintage pharmacy – there’s a lot to see and explore. There’s also a special exhibition of the history of medical education in Kaunas. During the Museum night, the main focus will be on various herbs and other means of homoeopathy. 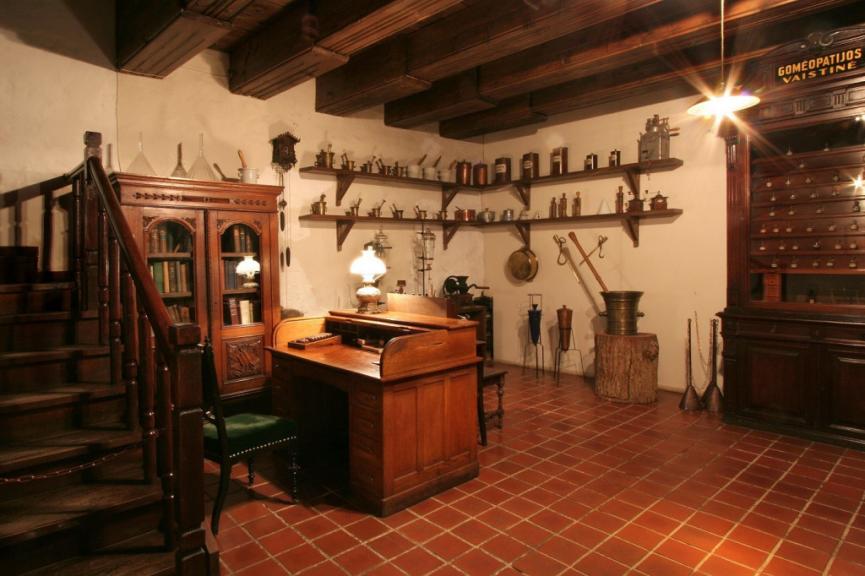 More museums and dozens of other places of interest in Kaunas can be found in Culture Shock, the newest English-language map of the It’s Kaunastic series.