Great for kids of all ages, the war museum in Kaunas offers much more than guns, uniforms and military history. 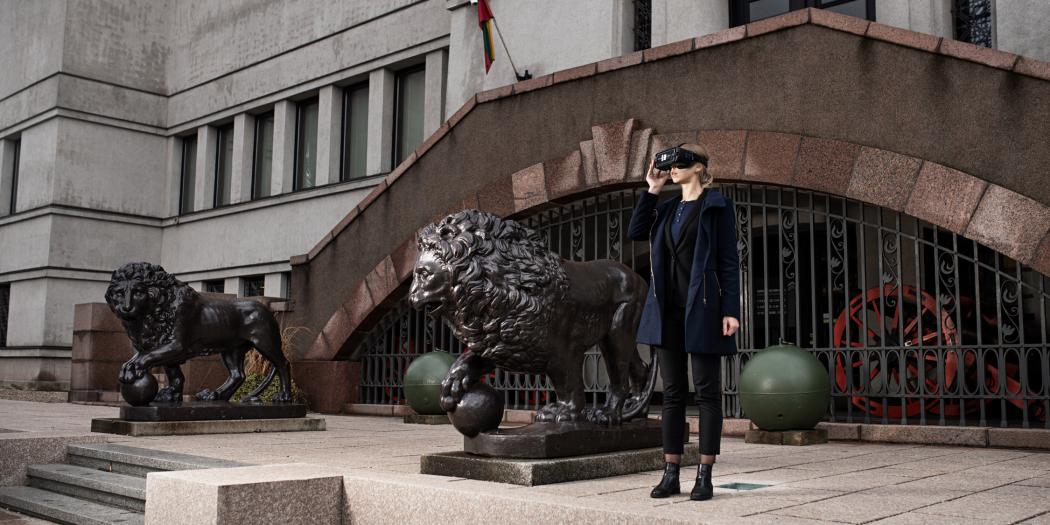 It would be difficult to find a resident of Kaunas who wouldn’t have a picture taken near the lions proudly welcoming the visitors of Vytautas the Great War Museum. According to people, this beautiful tradition developed during the Soviet occupation - unable to find a good location to photograph their children parents would bring them near the lions.

The sculptures that have become the symbol of Kaunas were given to the museum in 1938 by the last heir of Astravas Manor in Biržai, count J.J.Tiškevičius.  The sculptures produced at the cast iron foundries of St. Petersburg in the 19th century, were given to the museum as a Christmas gift. This year marks the 80th anniversary of the Lions in Kaunas. Vytautas the Great War Museum invites to celebrate their birthday on the 15th of December. Of course, with cake and all kinds of fun.

On this occasion, Edvinas Grin met Laura Rimkutė-Šimaitė - Vytautas the Great War Museum’s manager of cultural activities to talk about the museum that can boast not only about their lions but also about the striking architecture of the building, rich collections and a quite telling statistics that show the high attendance of educational programs and tours for school children. The article was published in the December issue of Kaunas Full of Culture magazine.

A very popular program is called The Young General. It is a very free-and-easy activity. With the help of the educator, children are building a castle. Another popular program is How People Fought in the Ancient Times. During this educational program, children can try on hauberks, helmets and pick up a sword, which they enjoy immensely. We also have tasks for older children – it’s a program called Military Secret that requires them to decipher many puzzles. Not as popular, but still favoured by many is the Survival for Beginners program which can be especially fun during the outdoor museum events. An exciting program is Knowledge Bomb. It is a very active orienteering game, in which children run around the museum, open boxes, demine bombs and put letters into a word. It is indeed a lot of fun. We hear how they’re running around while at our office with the colleagues. 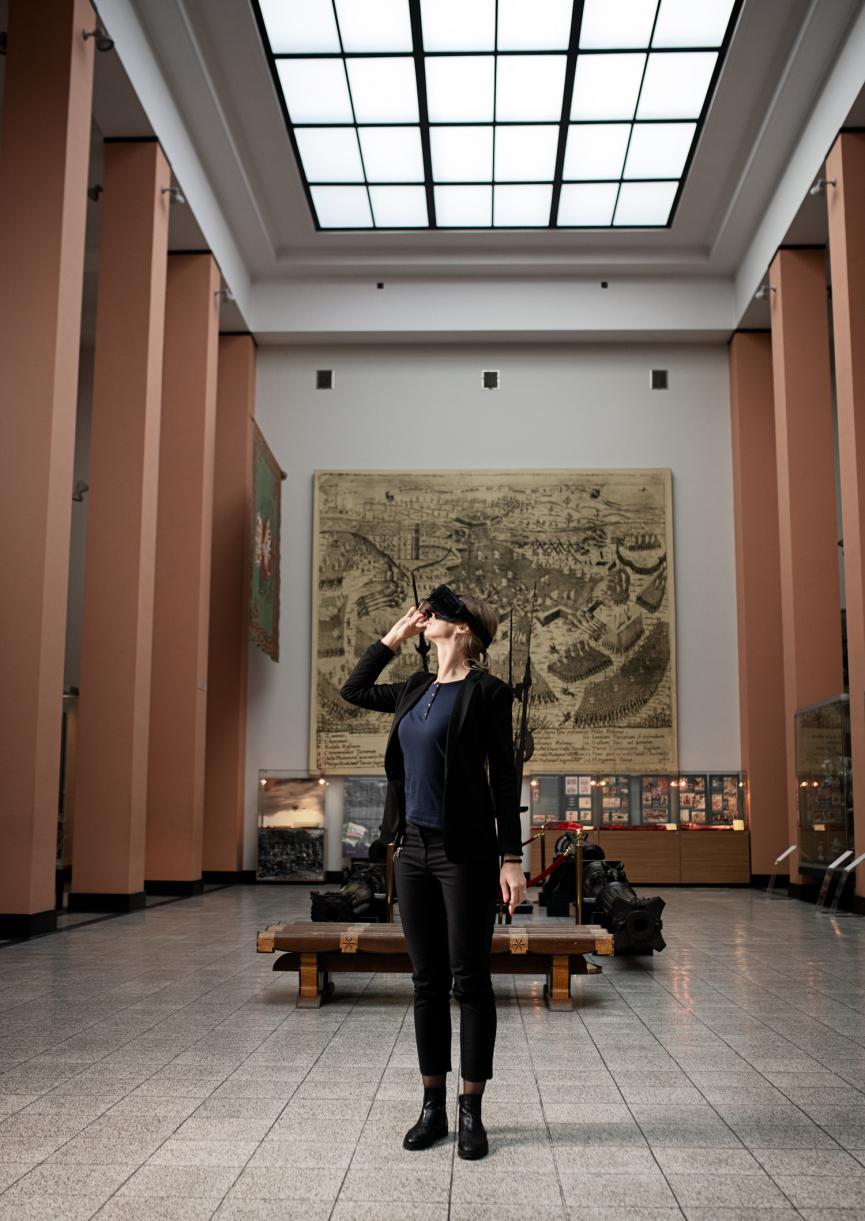 Isn’t it a bit scary that such movement is taking place in the museum, this “serious” place, in which, the previous generations were taught to behave, not speak too loudly, etc.?

No, not at all. We specifically want to change this image of a museum. We want the young generation and children not to experience these old associations, that this place is sacred and nothing can be touched, and one mustn’t speak loudly. We want the museum to become a great place to visit and spend time; a place where you can not only see things, but also play, and participate in entertaining events.

Of course, the museum should retain its academic side - the function of preserving and accumulating its valuables, but in addition to that, it should implement entertaining and educational activities. It’s not enough for a modern person to just see things - he also wants to touch, to hear and to smell. He wants to experience the diverse content via various senses. Therefore, the museum must go beyond the standard perception, to offer reproductions and copies for a tactile experience. The integration of innovative technologies is essential - screens, virtual reality entertainment and other attractive tools. The museum must change and become an inviting and open place for events. Some people want to have fun and others to learn - the museum should meet everyone’s expectations.

The children really like it, they are willing to get involved. Programs are especially active. Once, a group of children, not parents or teachers, as usual, called us and booked an educational program. We were pleasantly surprised. Of course, we also have more serious programs - about partisan weapons or the Cold War. They are for senior students of grades 9-12. Often, our educational programs are tailored to school curriculums. Our museum is very suitable for history lessons. After all - it contains the whole history of Lithuania. This is perfect supplementary material for teachers. We also welcome many tours from other cities. Sometimes there are so many that I have to take up a position of a guide, although, it is not a part of my job.

What do children like most? What are their favourite expositions?

Of course, the Lituanica hall is always the most interesting one. After all, this story is our nation’s pride. Children know it from a very early age. Sometimes they climb the stairs of the museum, see the hall where the legendary wreckage is displayed and recognise it immediately. Everyone knows this heroic story. Children also like the weapon halls, and we let them hold the exhibits. Sometimes it seems that children know much more about them from computer games than us [laughs].

As far as computer games are concerned, the museum has a virtual reality headset. How do you apply it to educational programs?

Virtual reality headset is not a part of educational programs but a part of the exposition. Any visitor can come and use it. We can offer some virtual reality games. This is both a favourite of children and parents. There are so many of those who want to use the headset that sometimes people have to wait in line. Also, we often use this tool for our outdoor events. This is a popular tool that helps to engage people.

What do you aim for when creating educational programs?

Our primary goal is to develop a patriotic personality. We do this with a variety of tools, introducing the history of warfare and the whole of Lithuania. We want to educate a young person to know his/her history, respect his/her country, nation’s achievements and traditions. 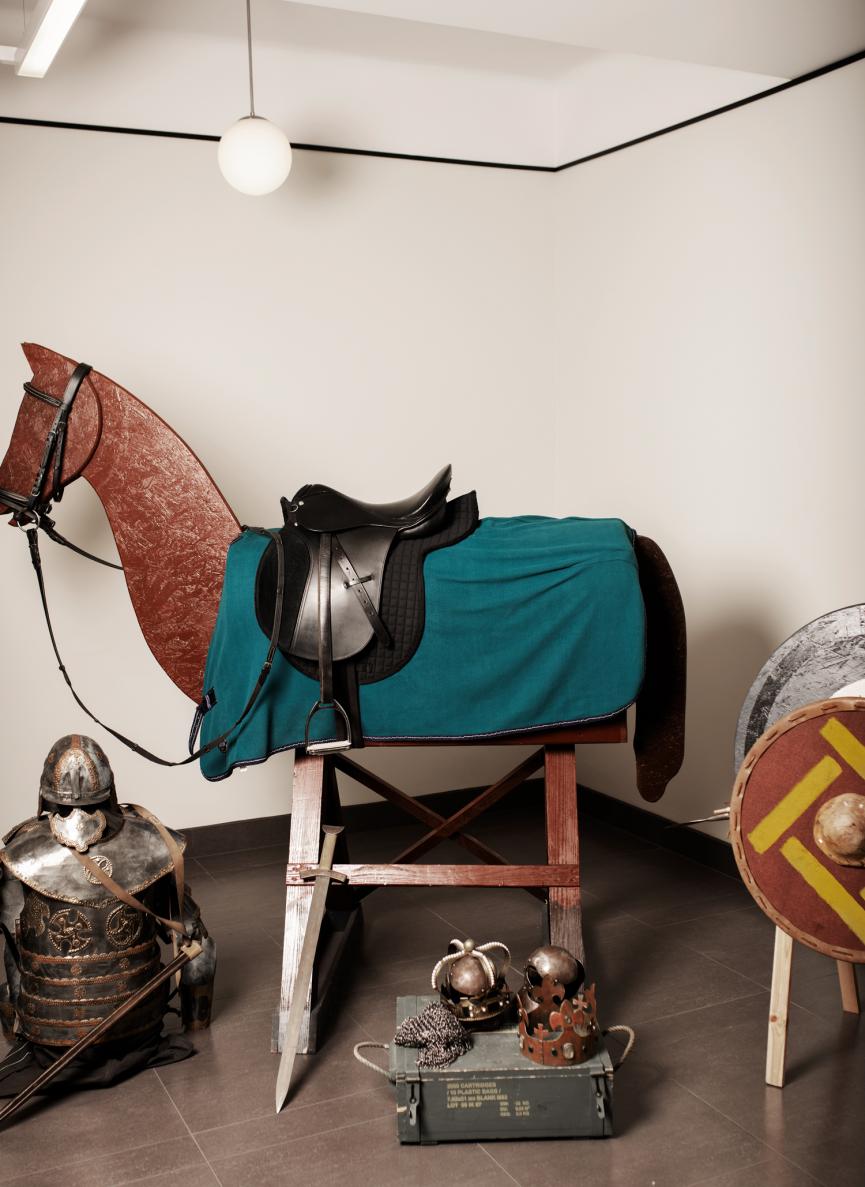 Do you also have weekend activities for families with small children?

Yes, we strive to occupy individual visitors, families who come to the museum and want to have a quality time. Since the numbers of such visitors increase on weekends - a sort of known family time - in the summer of 2017 we had the idea to offer various activities free of charge on weekends from 2 pm until 4 pm. They are continually changing and are tailored to topicalities and needs of our visitors. First of all, they are often adapted to essential dates (for example, the National Aviation Day of Partisan Commemoration Day) and topicalities (the weekend dedicated to Pope’s visit, etc.).

We also have a regular weekend package. Our new colouring and task books are featuring fun soldiers of various eras, guide children through history. This way, children get acquainted with the Museum’s exposition playfully. In general, a variety of workshops are popular among children - clay moulding, drawing, colouring, making model aeroplanes. Undoubtedly, these activities are related to the history of Lithuania and warfare. Another weekend activity consists of games. They range from board games to building blocks and orienteering games. These are the battle of ships, war game, historical cards made by us, memory game with military degrees, puzzles depicting war paintings and large building blocks favoured by our smallest visitors with which they can build a castle, fortifications or a throne. These games are not made for one person; therefore, parents often play with their children. We also organise more active games, such as orienteering that helps you get acquainted with the exposition better.

In addition to the lions celebrating their 80th anniversary or visits to the museum, Kaunas residents have a special place in their hearts for the museum’s garden. For decades the area has been attracting different communities ranging from intelligentsia to skateboarders, jazz lovers and street artists. Does it help the museum’s image and visibility?

Since the interwar period, when this garden was formed, it was an active place. From the very beginning, it served as our country’s pantheon. It contains the monument for those who died fighting for Lithuania’s freedom and the tomb of the unknown soldier - it is like our nation’s shrine. In the interwar period, this was a national and communal place where events and meetings took place. The garden itself was a beautiful place, roses were growing. The founder of the museum, V. Nagevičius had a tradition to give roses to girls, who come to the garden dressed in traditional clothes. From the very beginning, it was a meeting place for townspeople.

During the Reform movement, it served as a place for various protests, events and celebrations. Later the garden was discovered by skateboarders and Kaunas Jazz. And it doesn’t disturb the museum - on the contrary - it is nice to see people having a good time there. During the city’s events, we also conduct out educational activities and events in the garden. I am glad that the place is being actively used to this day.