Worth Revisiting: Old yet new Places in Kaunas

So you think you have seen it all… But a city and its cultural life is an ever-changing organism. It means there’s always something fresh to discover in both new venues and those just renewed. 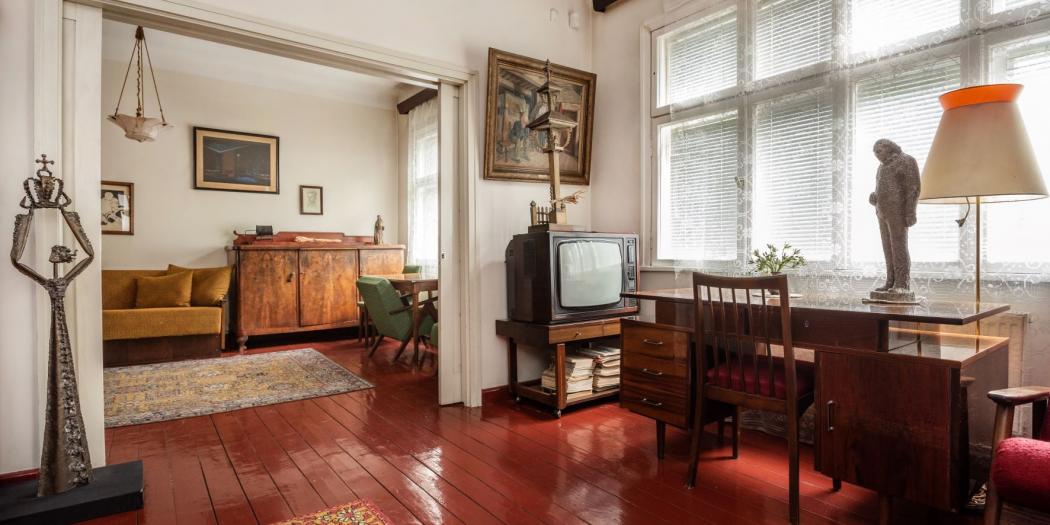 So you think you have seen it all… But a city and its cultural life is an ever-changing organism. It means there’s always something fresh to discover in both new venues and those just renewed. Renovations and facelifts are a current trend in Kaunas, the future European Capital of Culture, so here is a list of places we recommend revisiting.

News on the museum map

This year, the Maironis Museum of Lithuanian Literature is celebrating the 85th anniversary of its foundation. The museum, located in the Baroque palace near Kaunas City Hall, which the poet and priest Maironis once acquired, offers visitors a completely new exposition of the history of Lithuanian literature “Literature Changes”. It showcases the creators and their writings from the 16th century until these days. The new permanent exhibition aims to acquaint visitors with the classics of our literature, their works and works, and inspire a sense of pride. And it is not only the writers’ things, their books, letters and voices that help to do this, but also the modern technologies that make the exhibits come to life. 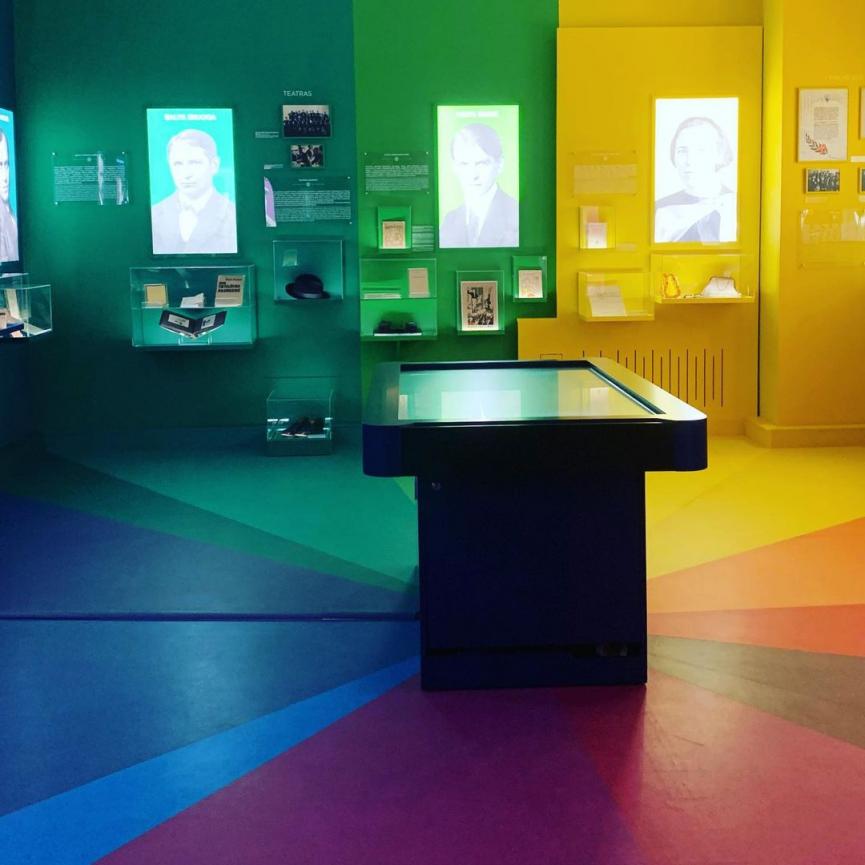 One of the departments of the Museum of Literature, Juozas Grušas House-Museum, located in Kalniečių St., Žaliakalnis, also has news. The writer and his family once built a cosy wooden house in an entirely unurbanized area, and today the homestead is surrounded by other residential homes. A busy Savanorių Avenue is just around the corner. Still, this museum remains an oasis of peace, creativity and inspiration. The playwright would have turned 120 on November 29, so the museum received a facelift in anticipation of the occasion. A new interactive exhibition has been set up here, Grušas’ manuscripts are being displayed for the first time, and a film made in the 1970s is shown. The authentic interior of the rooms will also enchant you, and, on the second floor, you can sit among the greenery and read. 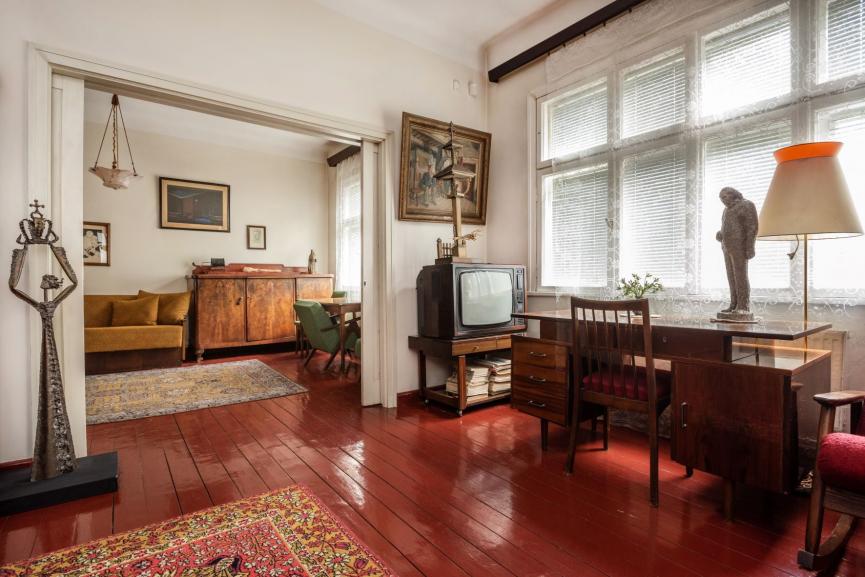 This autumn’s trend is visiting the recently renovated house of the sculptor Juozas Zikaras on Owls Hill. The wooden house is still filled with the intelligent spirit of the interwar period! Here, you will get to know the history of Lithuania and its people through the innovatively presented work of the sculptor and memorabilia of his family. Be sure to book a tour. 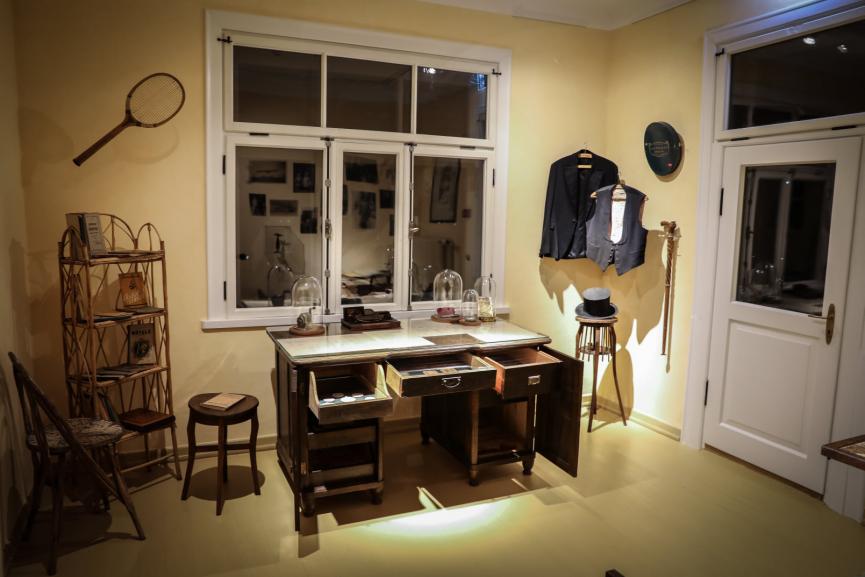 Although another object we recommended officially opened its doors and became a museum only this summer, the word "renewed" is also suitable for it. Located In a historical apartment on Gedimino st. 48 the private Art Deco Museum tells the stories of many interwar families. Here, you can learn how people lived at that time, what they were interested in, what they liked, how they ate and partied… Guided tours in this apartment are some of the most kaunastic experiences possible. By the way, there are rumours that in 2022, when Kaunas becomes the European Capital of Culture, it will even be possible to stay here. At least for one night. 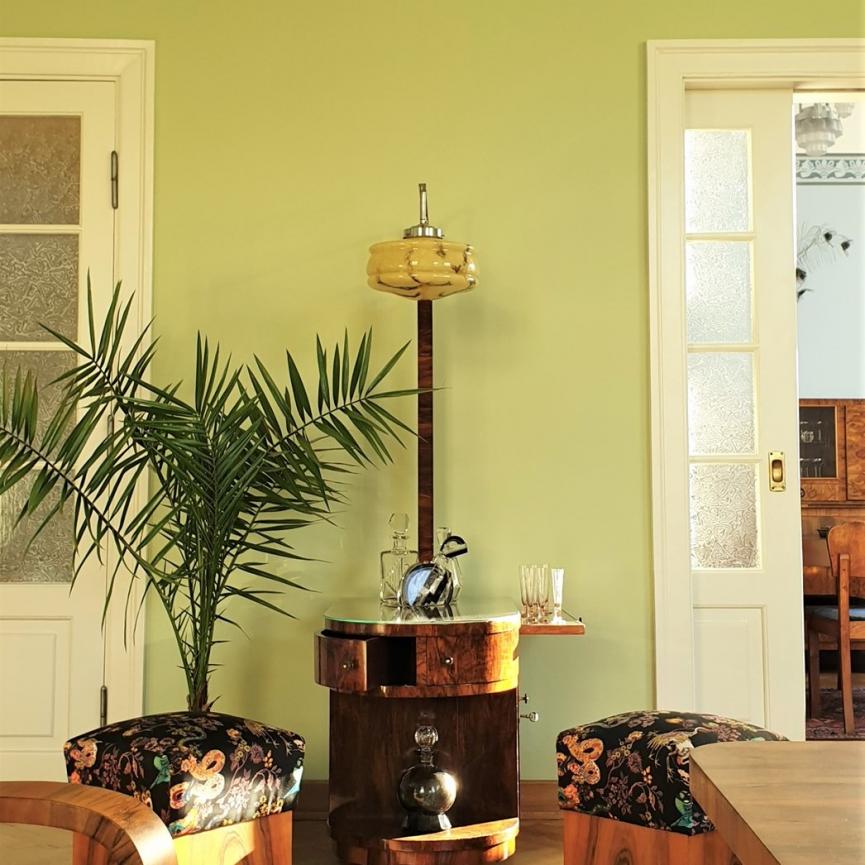 Have you visited the Lithuanian Education History Museum? Now is the time, even if you have. Until March, you can see the exhibition of the world-famous modernist artist Marc Chagall and admire the interwar salon on the ground floor furnished with pieces by the Lithuanian timber couturier Jonas Prapuolenis. Or, you can visit a traditional classroom with your schoolmates. 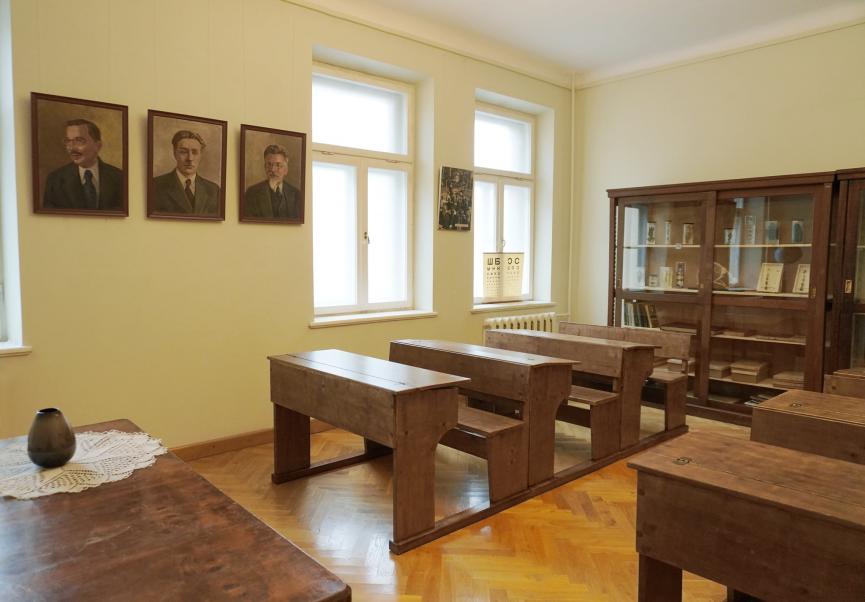 BōHEME HOUSE, a stunning guest house in the old town, has decided to remind everyone that the news is actually completely forgotten past. The place, famous for its exclusive interior, reminiscent of the history of Kaunas, revived the English tradition of afternoon tea. Pleasant for both stomach and soul, the ceremony reached Kaunas a century ago. Local culture crowd gathered at the Metropolis Hotel every other Friday afternoon, and tea and snacks soon spread to all restaurants in so-called Little Paris. Why not this Friday, 5 pm, too, maybe even with the great view offered by the terrace of BōHEME HOUSE, suited for cooler weather? 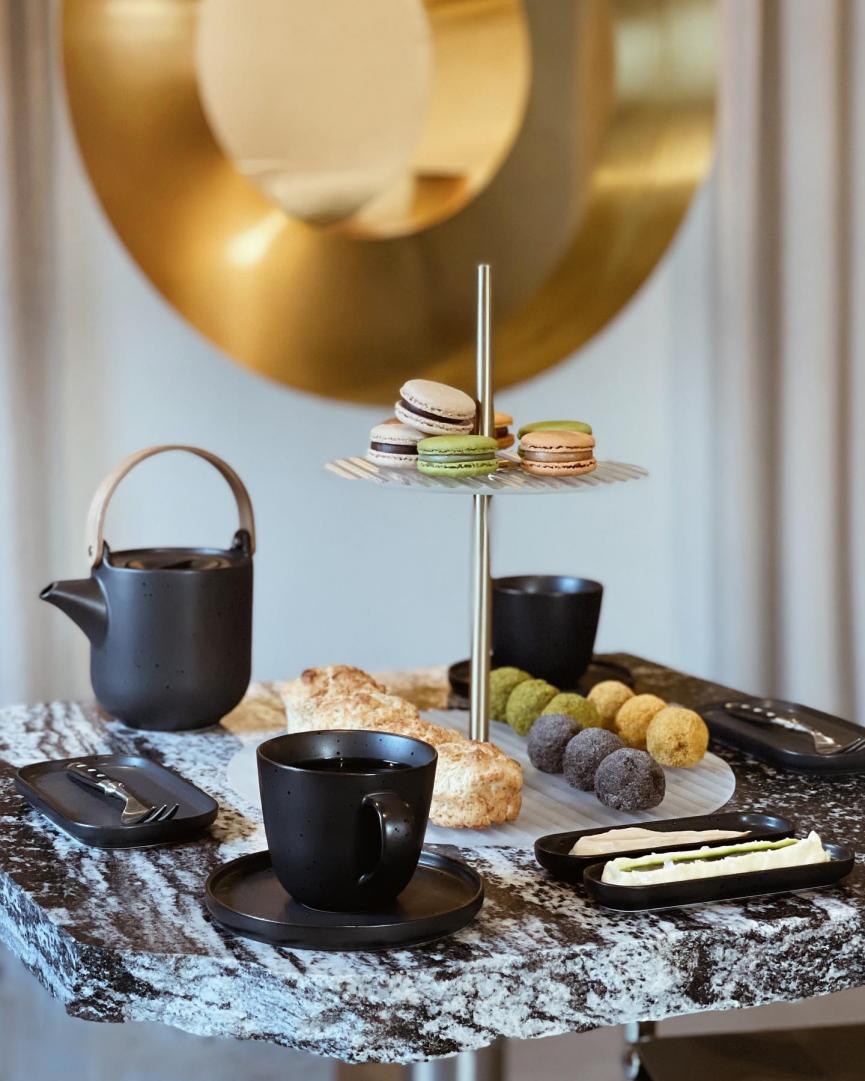 As for gastronomy, it is lovely to explore the restaurant menus influenced not by fast-moving fashion but by the four seasons. After seemingly inspiring summer holidays, the staff of the Nüman restaurant has been offering splendid autumn choices, which are accompanied by professionally selected drinks.

Another stop for tourists is Monte Pacis. Raimundas Dambrauskas, the chef of the restaurant of the hospitality complex in the Pažaislis Monastery, has yet again prepared a special menu that will not live forever. We recommend ordering a tasting dinner full of masterpieces born of seasonal products - this is the best that Monte Pacis, and maybe the whole of Kaunas, has today. Inspired by Ritz in Paris, the restaurant has opened a gallery hall – it’s definitely yet another reason to revisit. 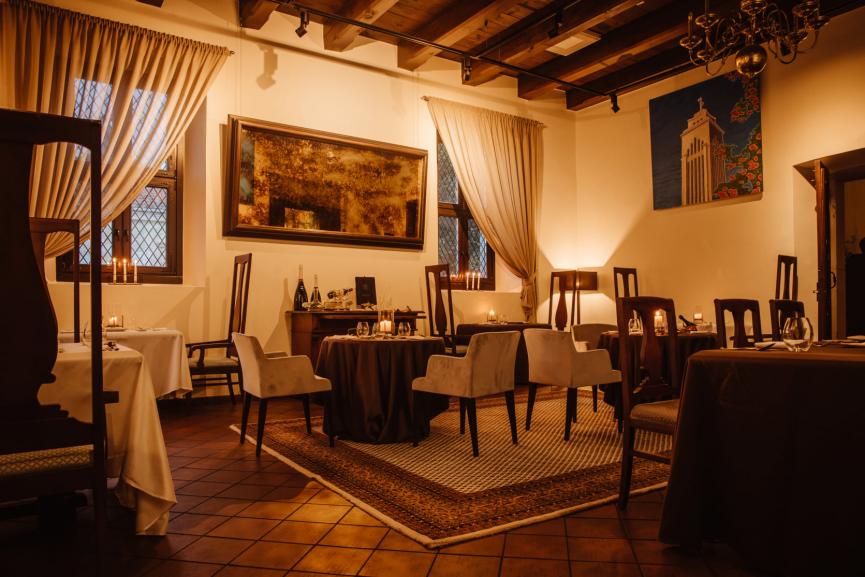 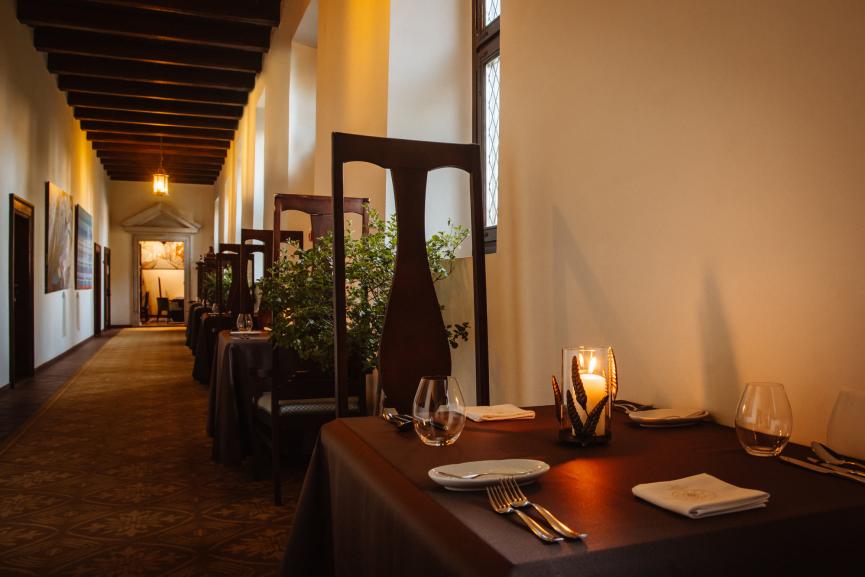 We hope to soon invite Kaunas residents and guests to the reconstructed Romuva Cinema in Laisvės Alėja and the reborn historical Kaunas Sports Hall near Ąžuolynas park. Or maybe to new or refurbished restaurants? Also, the city garden next to Kaunas State Musical Theater, full of sculptures, will very soon open in all its beauty. Reconstruction work also takes place in the T. Ivanauskas Museum of Zoology and is being finished at the Kaunas Artists’ House as we speak. It seems there’s a new article coming up.