Kaunas State Philharmonic is located in the former Palace of Justice and the Parliament. This building was designed by the engineer and architect Edmund Fryk (the end of the 19th c. – 20th c.). He designed a number of important buildings in Kaunas: Students Corporation “Neo-Lithuania” House (1927), currently – Pupil’s Creativity Centre, the Firehouse (1929-30), Credit Fellowship’s House (1932), currently – Lithuanian Savings Bank, and many other public and living buildings.

The construction of the Palace of Justice and the Parliament began in 1925, in the former temporary capital, in the junction of L. Sapiegos and E. Ožeškienės streets. The construction was completed in 1928. The building is classified as neo-classical style building with bright „art-deco“ architectural elements. In 1936, the main body of the House was renovated and on the 1st of September in the Great Hall there was Opening meeting of the Parliament.

In 1961, the part of the building and the Great Hall was conveyed to the Department of Kaunas, of LSSR National Philharmonic Society. From 1944 to 1961, the Department of Kaunas did not have the constant hall, the concerts took place in the regions of the country, at various halls of the city, at Kaunas Sports Hall; the concerts in Kaunas were planned by the Lithuanian National Philharmonic Society. 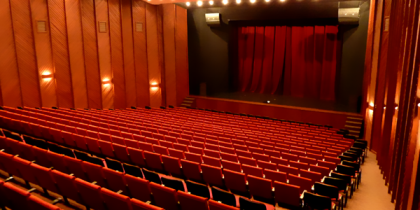 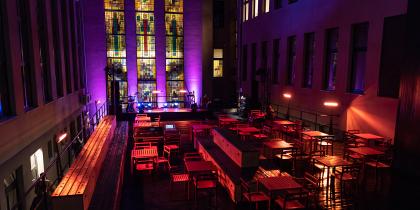 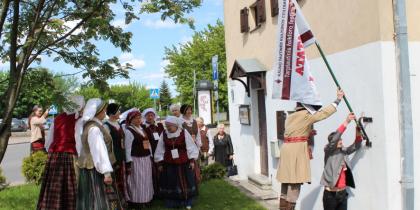