FORMER HOUSE OF ARTIST A. ŽMUIDZINAVIČIUS

This house was built by the famous painter and chairman of the Lithuanian Riflemen association Antanas Žmuidzinavičius. At first it had two floors; but in 1938, a third one was added: there the artist set up his studio. The family lived on the second floor; the first was rented out. In 1966 the house became a division for M. K. Čiurlionis art museum and Antanas Žmuidzinavičius art and collection museum. During the interwar period a Swedish consulate temporarily stayed at the house, in 1930 it was a workplace of Finnish Swede writer Henry Parland. Year: 1928. Style: Modernism. Architect Vytautas Landsbergis-Žemkalnis. 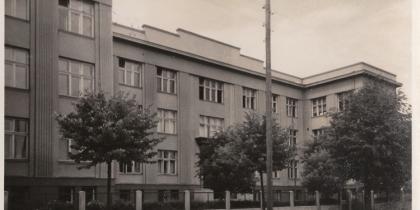 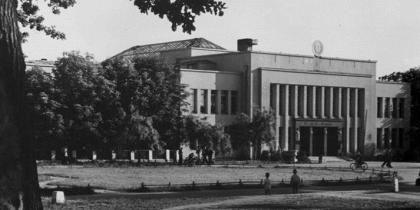