Villas made up quite a significant share of the most popular objects of early modernist style in Europe – both in modernist hubs led by Villa Savoya and in the periphery of Europe. In Lithuania the modernisation process of villas and private residential houses was far slower. The first modest signs of functionalism can be traced back to the end of twenties. On a beautiful Žaliakalnis slope, near the stairway to the city, the famous architect Kudokas built himself a house. Here, for the first time, he put in the loggias (galleries) so popular in Italy, where he had studied and which soon became popular with other designers and clients. The main façade was decorated with “Motherhood”, a sculpture by Bronius Pundzius placed into an arched niche. The architect’s apartment took up the entire second floor and part of the first. Near the entry to the latter the architect had his study. In the western part of the first floor, another apartment, with three rooms, had been put in. The roof of the house was flat: it had a terrace for enjoying a view of the city (in 1950 the downward-sloping roof was covered, and the plan was altered somewhat). There was landscaping done too: terraces and a small pool were added. The plot had a high brick wall with a stylish metal gate. Year: 1937. Style: Modernism. Architect Stasys Kudokas. 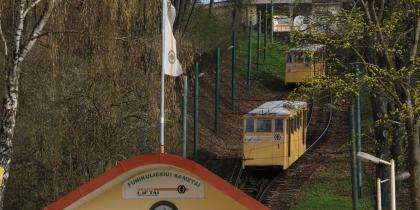 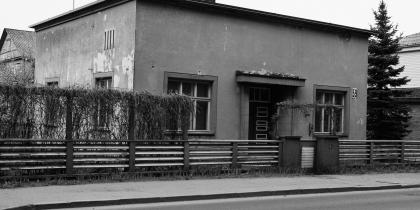 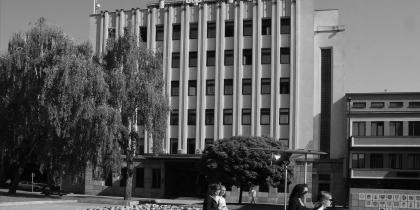