Soon after Lithuania declared its independence in 1918, talks began about a museum that would represent the history of our country. This building (with half of it being the National M. K. Čiurlionis Museum of Art) was financed by many patriotic citizens and the foundation was built on soil brought from war fields. The huge size of the museum is a monument to Vytautas the Great, one of the most important early historical leaders of the nation. Outside, there is a carillon tower accompanying the main building, as well as an open-air sculpture garden. The tower is open for visitors untill the end of September on Wednesdays from 10 a.m. untill 7 p.m. afer purchasing a museum ticket.

Construction of the museum began in 1919. At the same time the small garden was planted honoring those who died for Lithuanian independence. In the garden of the museum you can hear belfry carillon bells playing thirty-five different concerts and admire the wooden crosses memorializing those who died for the independence of Lithuania (Lithuanian cross crafting is a traditional Lithuanian branch of folk art entered into the UNESCO Humanity’s Oral and Intangible Cultural Heritge List in 2001). 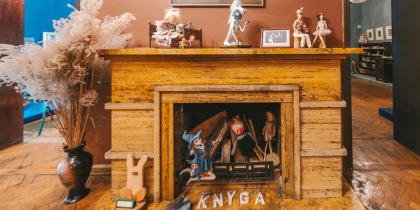 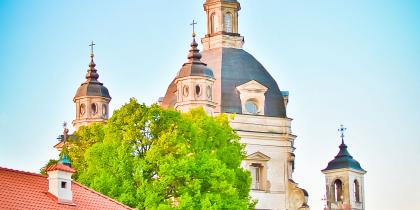