The longest Lithuanian word (meaning somethinglike “particularly for those who never pick upenough shamrocks for themselves”) can be found on the eeriest building in Kaunas – hotel–ghost Britanika which is still waiting for a decision on its future. In May 2018, a naughty David appeared on another ghost building nearby, and he’s aiming at Britanika. 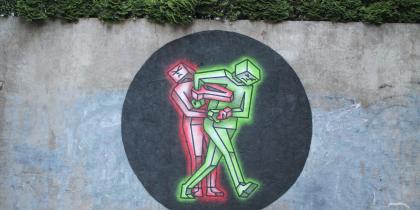 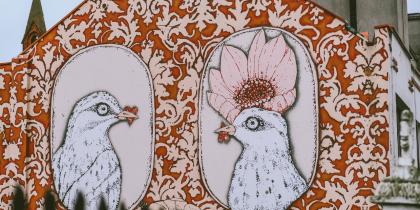 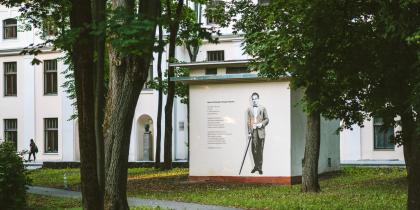