The castle at the confluence of the Nemunas and Neris rivers was built in the 14th century to defend against the onslaught of crusaders. This is not only one of the first stone castles in Lithuania, but also the only one that has two rows of defensive walls. A settlement that grew into the current city was created around the Gothic defences. Kaunas castle first mentioned in written sources in 1361. According to legend, Queen Bona Sforza’s troops mysteriously disappeared in the tunnels underneath. Although it was restored multiple times, the castle lost its importance in 1408 when Kaunas was granted Magdeburg rights and the life of the whole city moved to the Market (Town Hall) Square. The castle was home to a prison in the 16th century and the souls of the prison’s inmates have not found peace to this very day, haunting the castle still by night. At present, the castle is a Kaunas city museum branch and annual cultural events are held in and around it.

Santaka Park which is next to Kaunas Castle is called the heart of Kaunas. Here you can see the confluence of the rivers Nemunas and Neris and many places of interest: the altar where pagan rituals took place, Pope Hill visited by Pope John Paul II where he celebrated Mass in 1993, in 2018 here Mass was celebrated by Pope Francis, the Statue of Pope John Paul II, St. George the Martyr Church and Bernardine Monastery.

Near Kaunas castle has uncovered the Vytis (state emblem of Lithuania) sculpture - "the Soldier of Freedom" in 2018. Authors: sculptor Arūnas Sakalauskas, artists Boris Krylov and Olesius Sidorukas from Ukraine. 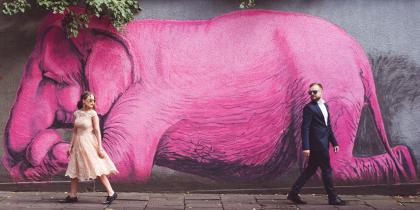 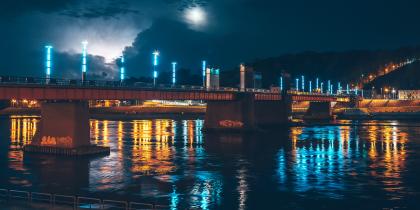 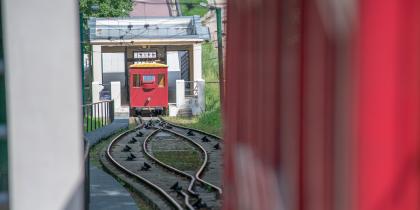