Aka the longest bridge in the world. In order to cross the bridge from one bank of the Nemunas to the other took 13 days, because Kaunas belonged to the Russian Empire and Aleksotas to the Prussian kingdom up to 1807. The different sides of the river had different calendars, which included a 13-day difference. During World War II the bridge was blown up twice, only to be reborn in 1948 (architect Levas Kazarinskis); the bridge retraction mechanism is still of use today. Having crossed the Nemunas you can try the funicular and the climb to the Aleksotas area where you will see a breathtaking panorama of Kaunas. 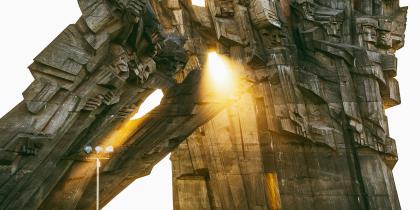 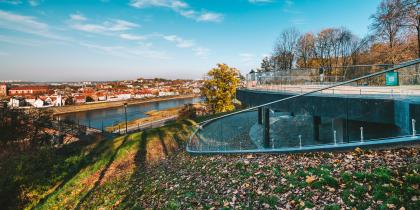