In 1989, AURA (Kaunas Modern Dance Theatre) organized the first modern dance festival in Lithuania, and since then has been considered to be an progenitor of modern dance in Lithuania. In following years, about 1000 dancers have performed on the stage of the Festival, and many modern dance seminars have been organized. Dance groups from different parts of the world, ranging from Japan to the USA, have taken part in the Festival. Already traditional and well‑known, the International Modern Dance Festival is held in Kaunas every year in October. The Festival aims at introducing various developments in modern dance, one of the most popular forms of art in the Western world, and performances of troupes and individual dancers from all over the world. 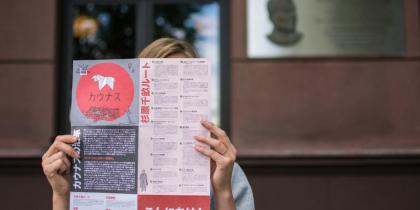