We discovered a few places most of the locals are not aware of. Find them and surprise a Kaunasian with your knowledge. 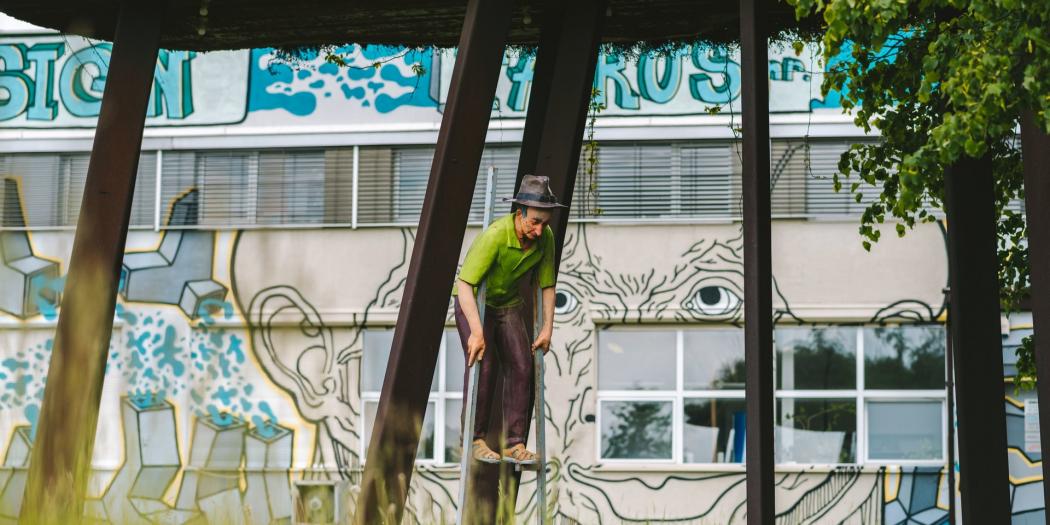 Almost every Kaunasian is ready to present their version of must-see things and places in Kaunas. Some prefer the old town and history, while others collect snapshots of colourful murals on their mobile phones. Some like modernist architecture and the others will show you the best hiking trails… There’s no single face of Kaunas, and this is what makes the city so remarkable. For even more fun, we discovered a few places most of the locals are not aware of. Find them and surprise a Kaunasian with your knowledge.

Two decades ago, a sculpture park popped up in the industrial part of Kaunas, in Taikos avenue. The art zone was established with the help of contemporary art gallery Meno Parkas.

The mood of the park was heavily influenced by the industrial landscape of the site, including grey buildings, an old trail track and random greenery. Traditional sculptures would have been lost with the vegetation reclaiming the scenery, so site-specific art was commissioned. The authors of the sculptures are Gediminas Akstinas, Algirdas Bosas, Robertas Antinis, Mindaugas Navakas, Raphael Mognetti, Arūnas Daugėla and Valmantas Gutauskas. 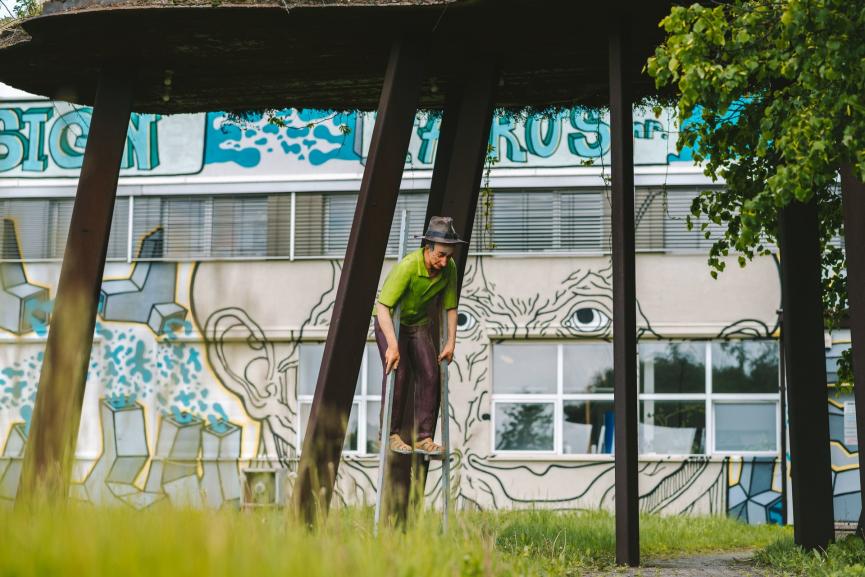 A Clock that Smiles

Everyone who has visited the Aleksotas observation deck has seen the smiling sundial on one of the facades of Vilnius University Kaunas Faculty. But did you hear the story behind one of the most photographed houses in Kaunas?

It might seem it has been there forever, but the sundial is less than 40 years old. Its authors are Ričardas Krištapavičius and Antanas Balkė. Balkė had interpreted the Lithuanian artist Mikalojus Konstantinas Čiurlionis before, and his painting “Rex”, depicting the ruler of the world, inspired the duo to create a ruler of time. The sundial design also has details of the Hanseatic period of Kaunas and the spirit of the university. Also, the sundial shows the precise time in Kaunas, which was kind of essential for the artists during the Soviet occupation. And the smile is… just a happy coincidence. 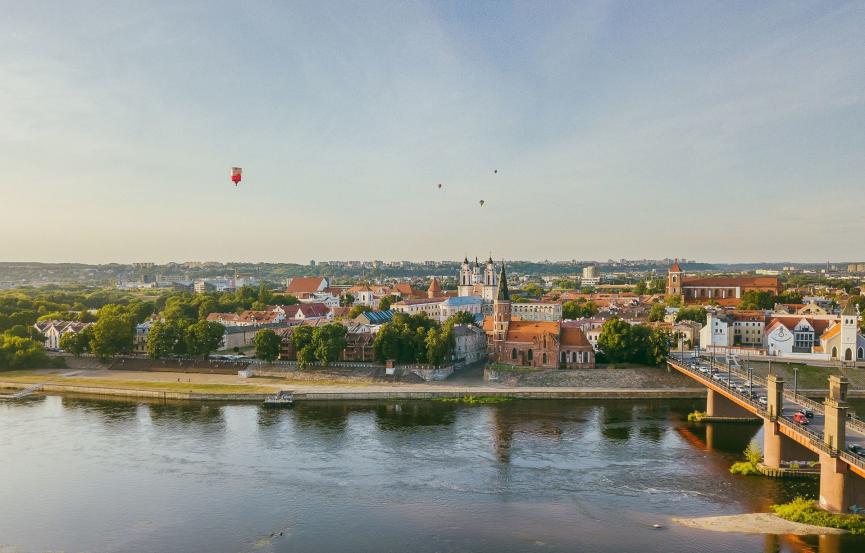 One-of-the-kind guest house just opened its doors in Žaliakalnis. The name, Very Bad Hootel, says a lot about the imagination of the owners. While the place itself is worth a stay, don’t forget to check out a small observation deck by the guest house. Great views of Neris river also open up from a bathtub located in an open-air terrace... 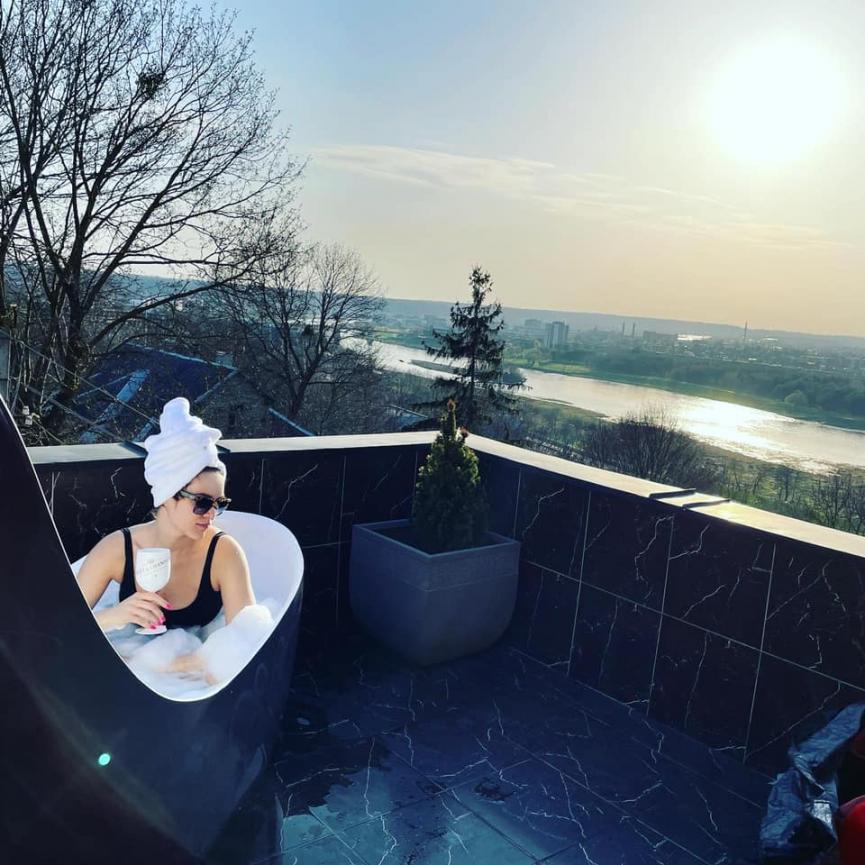 Yet another exciting panorama awaits at the end of E. Frykas street on the other side of Žaliakalnis, revealing a view of Kaunas Railway Station. The cross on the site symbolizes the prayers of Kaunasians who would gather here to wave the last goodbyes to their relatives being deported to Siberia by the Soviets 80 years ago. 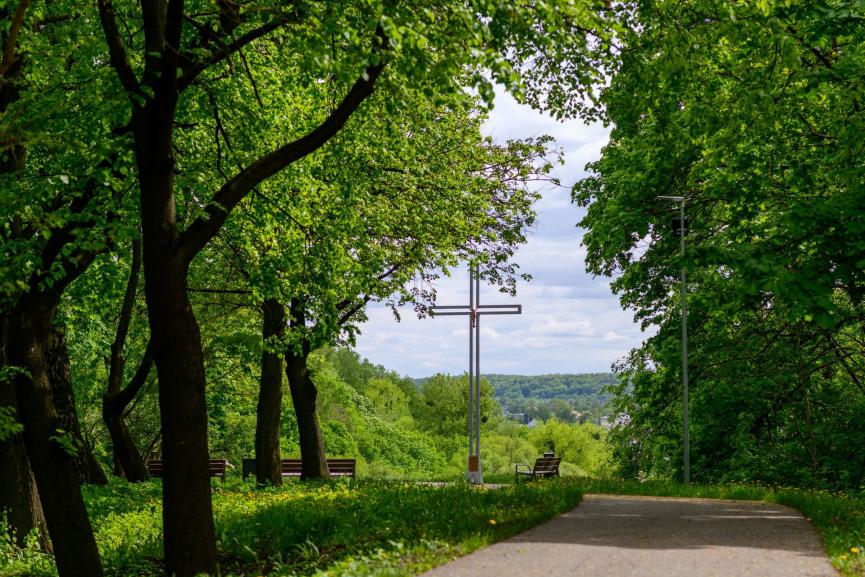 Lithuania doesn’t have its own car brand, but the transport history in Kaunas is very interesting. Lithuanians residing in the US started visiting the temporary capital, bringing their American ideas and investing there after WW2. The car business was one of such investments – and a symbol of American dreams. A red-brick house on the corner of Kęstučio and Maironio streets was an important spot for that. Kaunasians started making buses from American parts in the 1920s, and the tradition continued with a factory opened in Šančiai just before WW2. Soviets made buses in Kaunas until the 1990s. You can see one of the vintage red buses parked in the Kaunas bus park on Raudondvario road. 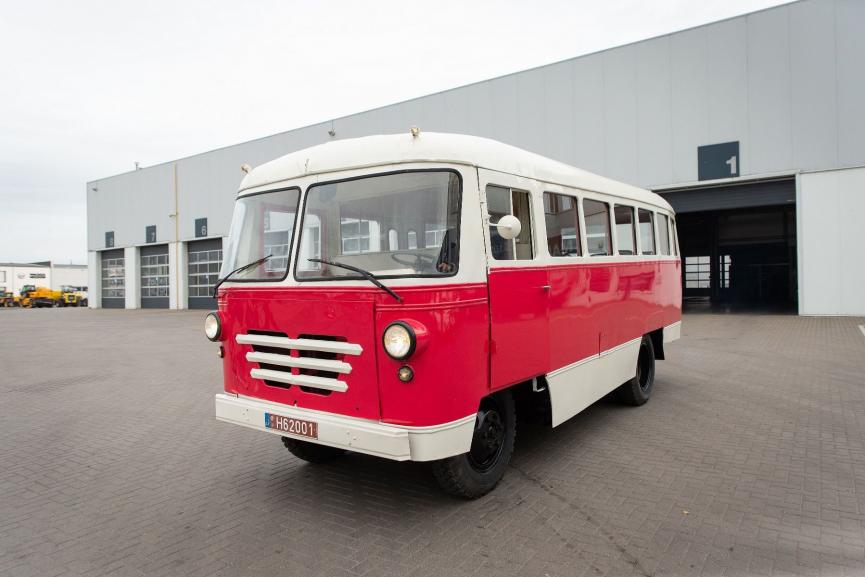 You must have heard by now that the award-winning Chernobyl (HBO) was shot in Kaunas and elsewhere in Lithuania. While a lot of work took place downtown, there is one object on the outskirts of Kaunas that also made it to the screen. It’s an old bridge in Petrašiūnai, where the scene of Pripyat residents watching the fire in the atomic plant was shot. A great spot for selfies – you will find the bridge by following the road signs. 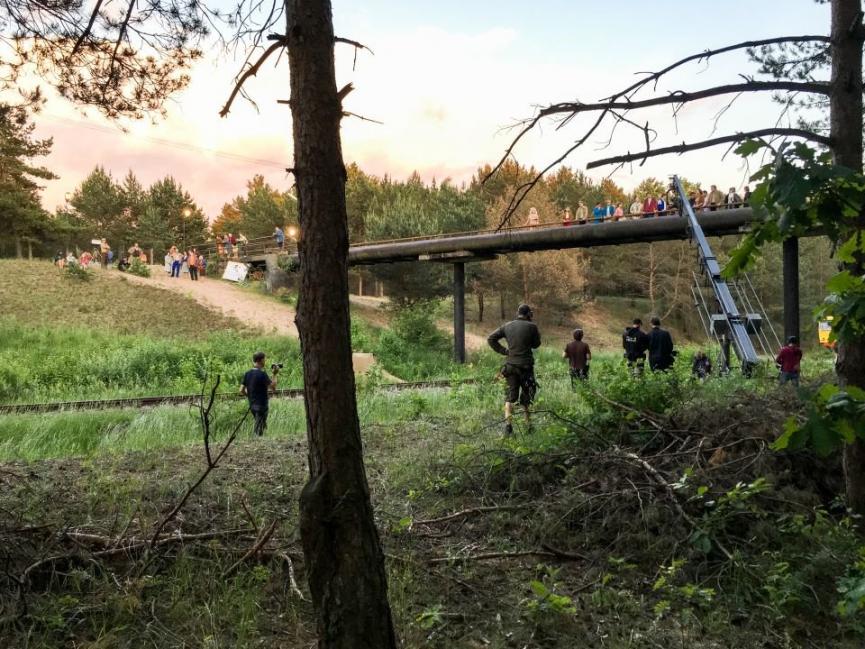 More than one possibility to work on your Instagram feed awaits at the VMU Botanical garden. Every week, yet another species begins blooming – even in winter, it’s nice to pretend you’re in the tropics while visiting the greenhouse full of exotic plants. The garden is also a must-visit if you’re a fan of The Little Prince. Tadas Vosylius created a sculpture inspired by the book called Planet X. Yet another fun installation awaits at the pond – the gorilla “swimming” in it is an artwork by Donatas Jankauskas, inspired by “Tranquility”, a painting by Čiurlionis. 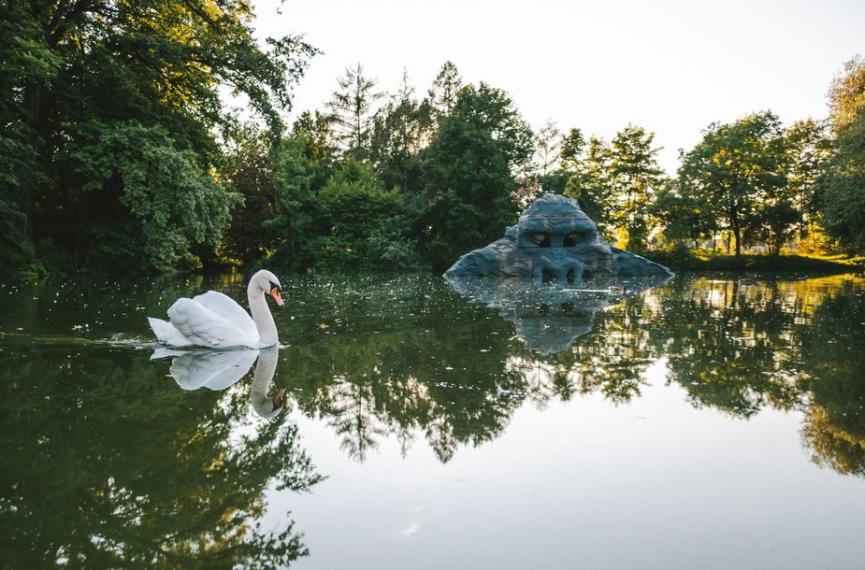 Discover more fantastic places in Kaunas with the help of the “It’s Kaunastic” illustrated map series. The themed routes are available at the Kaunas IN Tourism Information Centre in the Town Hall (you can climb to the tower – here’s one more best-kept secret for you) or at www.kaunastika.lt.