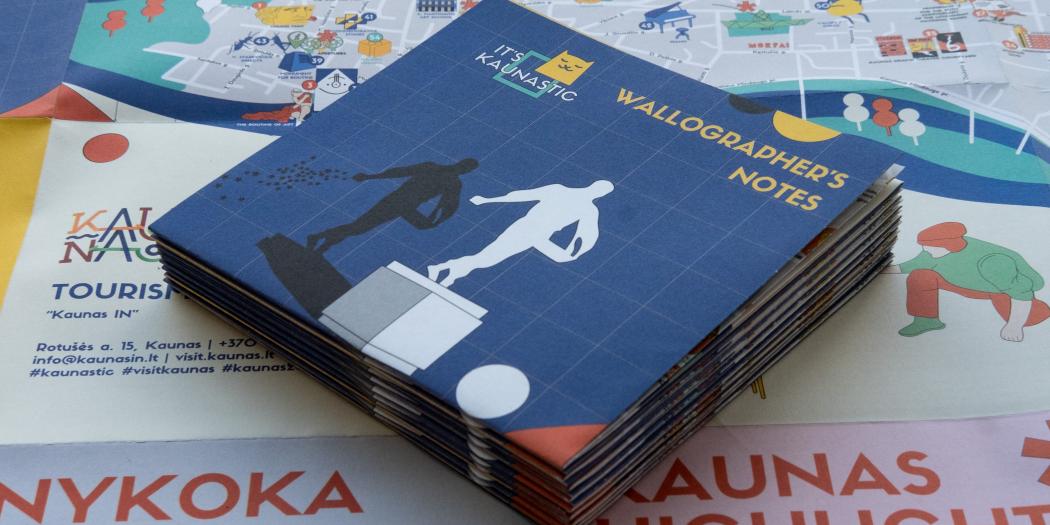 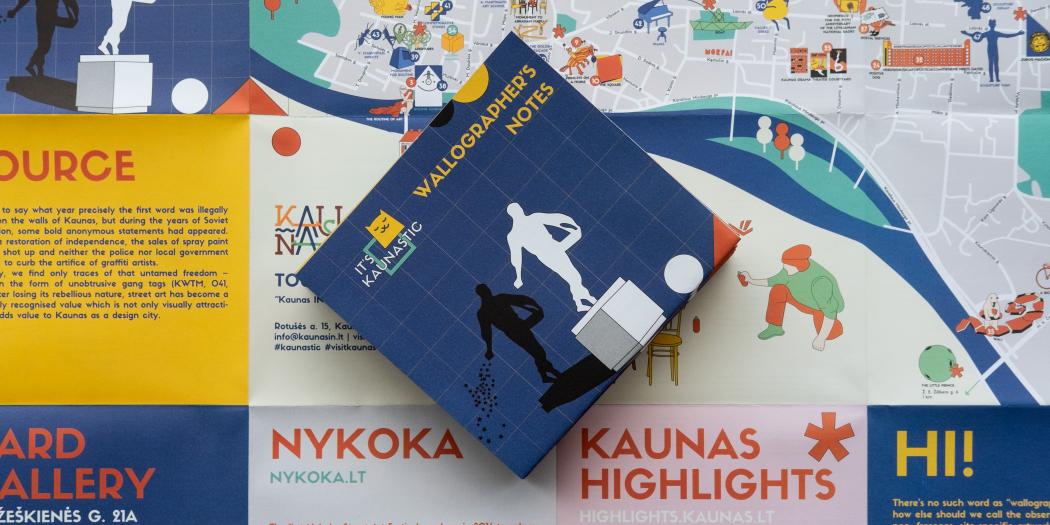 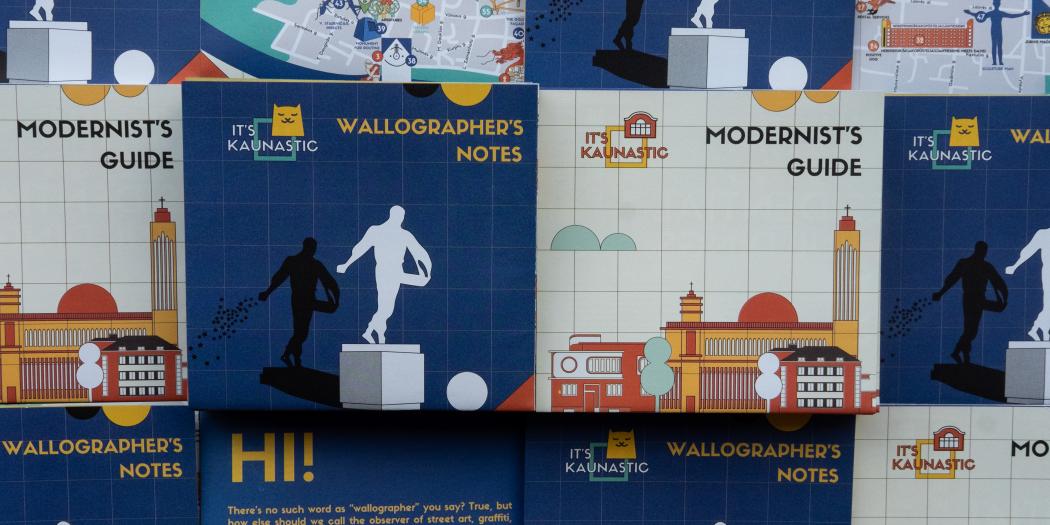 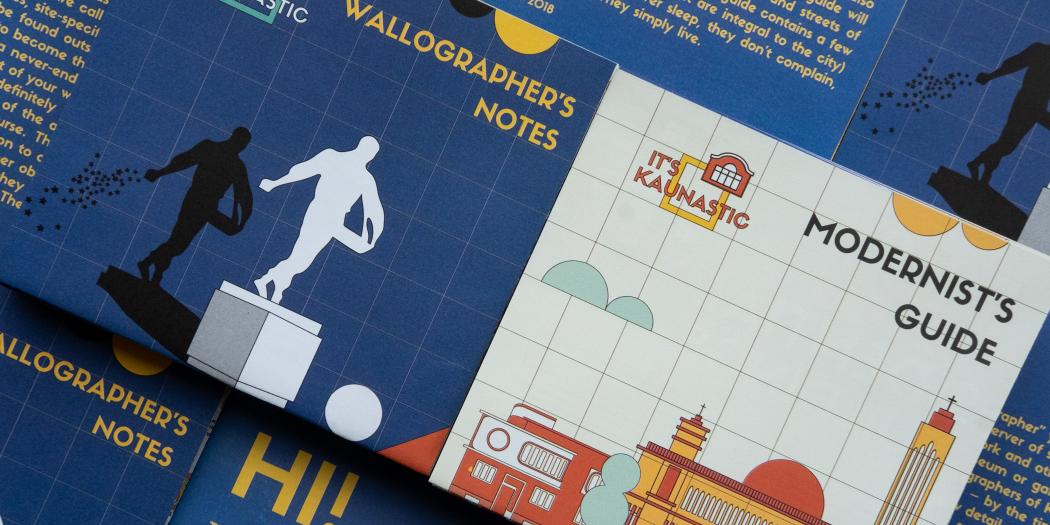 There’s no such word as “wallographer” you say? True, but how else should we call the observer of street art, graffiti, neo–frescoes, site-specific artwork and other traces of art that can be found outside museum or gallery walls?

With a new release in the “It’s Kaunastic” series, we invite you to become the wallographers of Kaunas and to embark on a never-ending tour – by the time you reach the final point of your walk, new detail will have emerged, and you will definitely want to snap a picture. It is also likely that one of the artworks included in the guide will have run its course. That’s why the walls and streets of Kaunas (in addition to drawings, the guide contains a few sculptures and other objects that are integral to the city) are remarkable – they never sleep, they don’t complain, demand or declare. They live.

The map includes 50 objects located in the centre, Old Town and other districts of Kaunas. The Nykoka street art festival commissioned some of the objects, others were funded by the Highlights of Kaunas programme initiated by the city municipality. Some are legal; some are not! All of the stops include authors and descriptions to help you get the context of the street art climate in Kaunas.

We’ve also listed a few cafes and bars for you to unwind after a long walk. Actually, we suggest you ride a bike! At least one organised bike tour of wallographers has already happened since the release of the Lithuanian version of the map.

“Wallographer’s Notes” is paired with “Modernist’s Guide”, a map of the modernist architecture of Kaunas. Both of the routes are dedicated to Kaunas – UNESCO Creative City of Design. Our city was awarded the title in 2015.

You can pick up the “Wallographer’s Notes” in the Kaunas In Tourism Information Centre and tourist-friendly places around town. As the rest of the maps marked “It’s Kaunastic”, this one’s free of charge. The digital copy is available here.