Our thematic routes compete with the Abu Dhabi Department of Culture and Tourism and Tourism Australia. 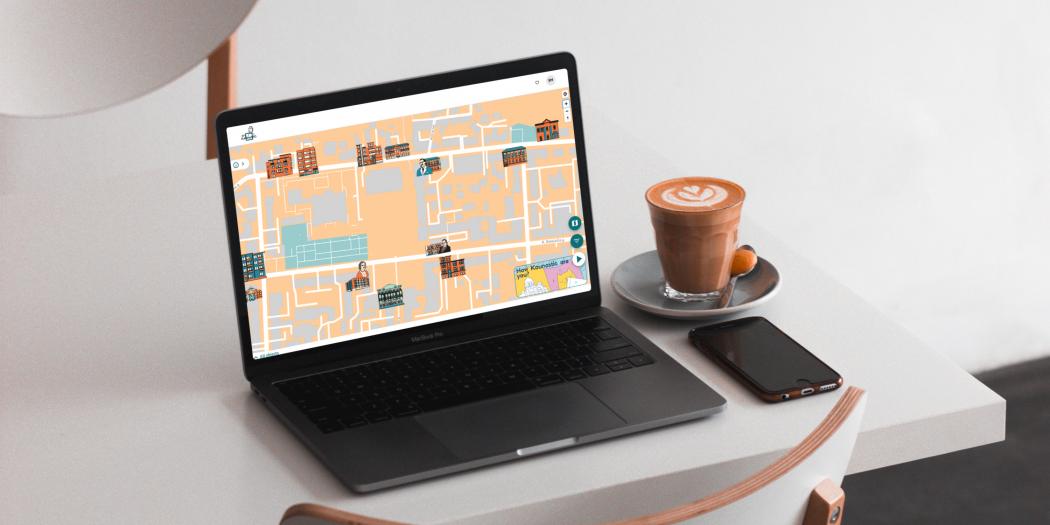 It’s Kaunastic were once again noticed and recognized in the world! Published by Kaunas city tourism, business, and investment development and international marketing agency Kaunas IN, the thematic routes were shortlisted for the prestigious World Media Awards. The Kaunas city brand for tourism was nominated in the travel and tourism category. Its thematic routes compete with the Abu Dhabi Department of Culture and Tourism and Tourism Australia.

Stories by the city, about the city

The series of free maps of Kaunas city – It’s Kaunastic – has been growing and inviting everyone to get acquainted with Kaunas for more than six years. What began as a multicoloured city map for guests from abroad has evolved into an attentive and original look at various sections and parts of Kaunas, searching for traces of history and exploring buildings, walls, and fortress heritage.

In total, It’s Kaunastic’s list of thematic maps includes almost thirty routes, each of them created with the help of experts from different fields: historians, guides and residents.

“One can say that the maps created by It’s Kaunastic have already become the stories that have their own lives. And last year, paper maps went one step further – into the digital space – and became interactive. For example, we write about the history and achievements of various sports in Kaunas in the City of Champions route prepared with the help of the Žalgiris basketball team. And the route concerning Vilijampolė Litvaks was made more vibrant by the guide Asia Gutermanaitė, who knows this topic inside and out. We believe that the greatest value and appeal of It’s Kaunastic routes/maps is the fact that they have been created, supplemented and cared for by many different people who know and love the city,” Tadas Stankevičius, CEO of Kaunas IN, says.

The World Media Awards competition is designed to recognize the year’s best and most effective international content communication campaigns. Much attention is paid to the extent to which advertising campaigns integrate different forms of communication, exploit and enable marketing channels and platforms. Like every year, this competition has attracted the attention of famous companies and organizations worldwide, including Chile, Denmark, Germany, Japan, the US, the United Kingdom, and Spain.

“The participants of this year’s awards amazed us with both quantity and quality of work. It is inspiring that even during the midst of the pandemic, many brands have successfully used creative storytelling to connect and consolidate the relationship with their audiences. These campaigns show how content marketing-based advertising in the right media can have a decisive impact and turn stories into reality,” Damian Douglas, President of World Media Group, states.

Eleven categories have been singled out in the awards in which brands of the cities and localities and other business sectors compete. Kaunas IN participates with its It’s Kaunastic campaign and was selected to the final four in the travel and tourism category. It competes with such world-famous competitors as the National Agency for Tourism Australia, Abu Dhabi’s Culture and Tourism Department and Marriott Bonvoy International.

“We are very proud of the fact that our It’s Kaunastic themed route campaign impressed the members of the commission. Because we had to compete for a place in the final four with cities that could afford much larger budgets for their communication, I believe that it was the content of the routes – fully felt, researched and brought closer to a person and a kaunastic style design – that made us stand out even in the context of known brands or high-budget marketing campaigns,” Inga Pažereckaitė-Kalėdienė, Head of Kaunas IN Tourism Department, shares the formula for success.

The winners of the World Media Awards will be announced on September 9 in London, during a solemn ceremony hosted by renowned journalist and news host Zeinab Badawi.