Kaunas is mentioned as the only city that, in the opinion of experts behind the rating, pleasantly surprised them. 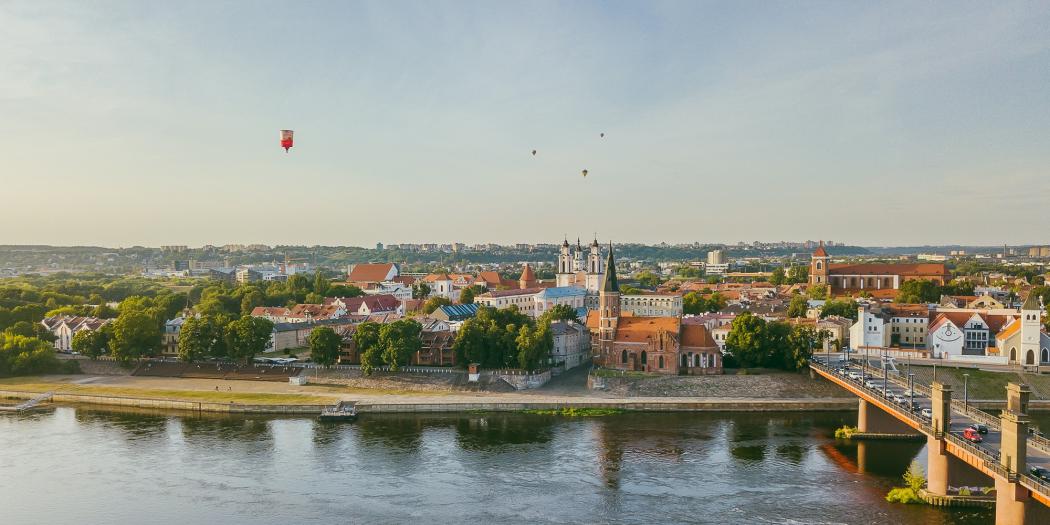 Kaunas was recognised as one of the most promising cities for tourism in the latest Financial Times fDi Magazine ranking Tourism Locations of the Future 2019/20. It was given a ninth place in the Foreign Direct Investment Strategy category. Besides, one of the most influential global rankers noticed Kaunas in five more areas.

Every year, fDi Magazine, published by the Financial Times, presents some of the most awaited ratings in different categories, often becoming a tool for international investors to evaluate the attractiveness and investment potential of a location that helps them make informed, long-term business decisions. One such ranking is Tourism Locations of the Future, designed to spot and focus on the most promising cities and regions in the tourism industry worldwide.

In this year’s ranking, Financial Times’ experts focused on areas that in the past year had, and are expected to have, the greatest potential for investment, economic development, and business growth and the conditions to realize it. Both the quantitative and qualitative indicators were taken into account in the expert assessment of the sites.

In the category of Foreign Direct Investment (FDI) Strategy, qualitative indicators that demonstrate the wisdom and innovation of the strategy used to attract potential investors were emphasized and evaluated.

It was in this category - FDI Strategy - that Kaunas was recognized as one of the TOP10 winners this year. The city’s consistent work in specializing in different areas of the tourism industry was evaluated in five other areas of fDi Magazine’s tourism ranking.

“I am delighted that the prestigious rating has evaluated the continued growth and efforts of Kaunas city. It is not by chance that Kaunas aspires to be included in the UNESCO World Heritage List and will become the European Capital of Culture in 2022 - I have no doubt that this will have a significant impact on the even more rapid growth of the tourism sector.

The promotion of tourism is one of the top priorities and a key factor in the city’s economic and strategic growth. We strive to further develop these areas by raising awareness of Kaunas name in the fields of culture, sports, and conference tourism, improving communication, infrastructure and creating new attractions.

We want every guest to feel the Kaunastic spirit of our city!” The mayor of Kaunas, Visvaldas Matijošaitis, says.

In the Tourism Locations of the Future 2019/20 ranking this year Kaunas received favourable evaluations in the following categories:

In the latter category, Kaunas is presented as the only city that, in the opinion of experts behind the rating, pleasantly surprised them. Not only did it destroyed preconceptions but also surpassed expectations, and stood out from the other cities by its ambition to seek more.

According to Inga Pažereckaitė-Kalėdienė, the head of Kaunas City Tourism Division, this victory in the FDI Strategy category is not accidental, “It is clear that the city’s and business’ investments in tourism, activities promoting tourism development and prominence of the city, really pay off. The growing flow of tourists gives a positive impetus to new activities, services, business expansion, and various initiatives. A growing city is attractive for new investments and expansion of existing businesses.”

Over the past few years, Kaunas has won many significant awards in the field of tourism: it was recognized in Lithuania as the Most Successful Tourist Attraction of 2016. In 2017 Kaunas IN Tourism Information Center was selected as the most successful tourism information centre in Lithuania, and It's Kaunastic project has been awarded the 2017 Login Internet Award. In the same year, the name of Kaunas was announced for the first time at the Japan Tourism Awards for a map published by the public institution Kaunas IN, presenting the diplomat Chiune Sugihara in Kaunas.

Kaunas IN business department information
Photo by A. Aleksandravičius