Chefs around the country have become so inventive they can offer you pink peppercorn ice-cream and beyond! 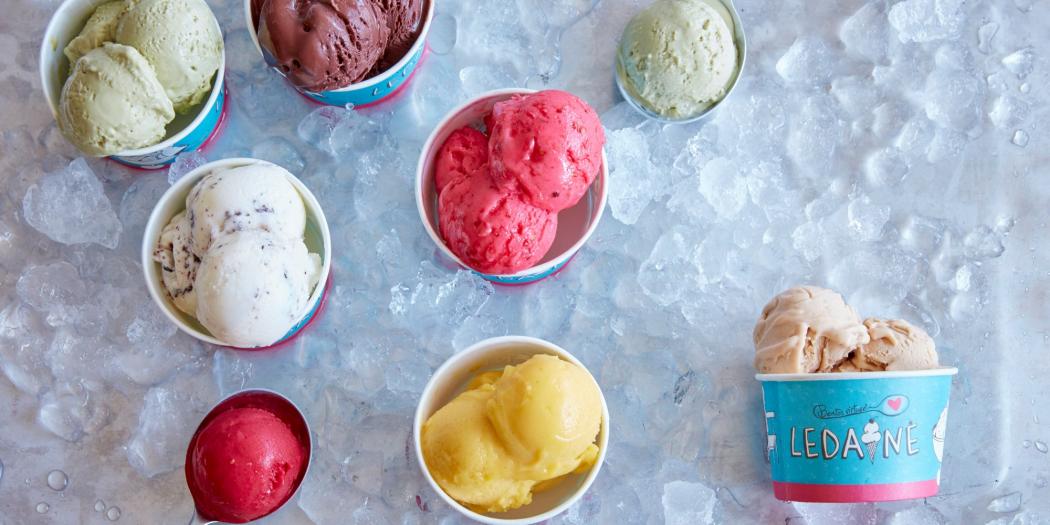 There’s no summer without ice-cream. And, when in Lithuania, be sure you won’t get bored with the usual vanilla or chocolate flavours. Chefs around the country have become so inventive they can offer you pink peppercorn ice-cream and beyond! 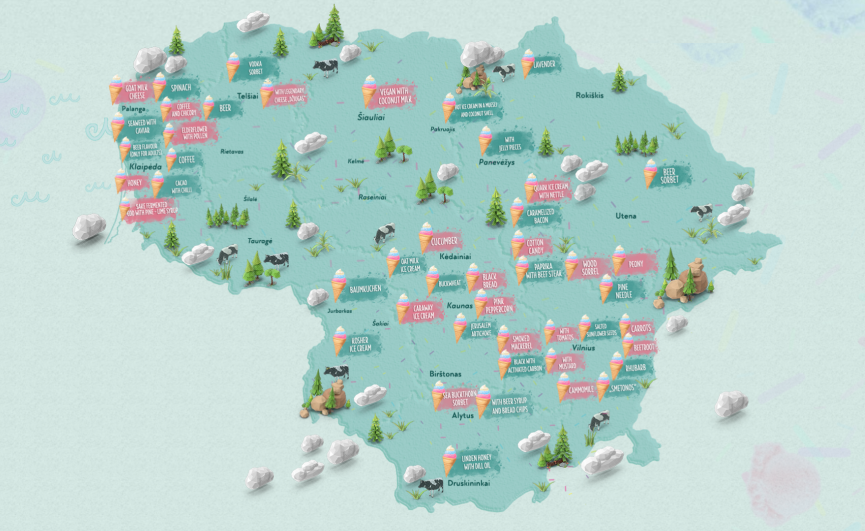 Culinary heritage researcher prof. Rimvydas Laužikas says that ice-cream became popular in Lithuania in the 18th century: “One of the most famous fans of this dessert was Duchess Alexandra Ogińska, the wife of Michał Kazimierz Ogiński. We know that in July 1783, the King of Poland and the Grand Duke of Lithuania Stanisław August Poniatowski were treated to ice cream in her manor in Siedlcai (nowadays Poland).”

The first ice cream recipes can be found in Wojciech Wincenty Wielądka’s cookbook Kucharz doskonały published in 1783. The book describes the intricate process of making fruit ice cream (from cherries, currants, strawberries, raspberries, and sea buckthorn) and features a recipe for ice cream cake. By the end of the 19th century, ice cream became a common dessert.

When in Kaunas, hop into Jurgis ir Drakonas to try carrot or salted sunflower seeds ice-cream. Višta puode will treat you with a refreshing dessert with black bread or buckwheat, while Monte Pacis are luring with the tastes of pink peppercorn and Jerusalem artichoke. Ask for camomile ice-cream if you see an Ice Dunes truck, and when in DIA, demand caraway ice-cream after lunch or dinner. Or instead...

The Lithuanian ice-cream map can be found here. It is based on information from the National Tourism Agency “Lithuania Travel “and the Tourist Information Centers.