Spring has sprung in Lithuania; this means an even more intense event calendar. 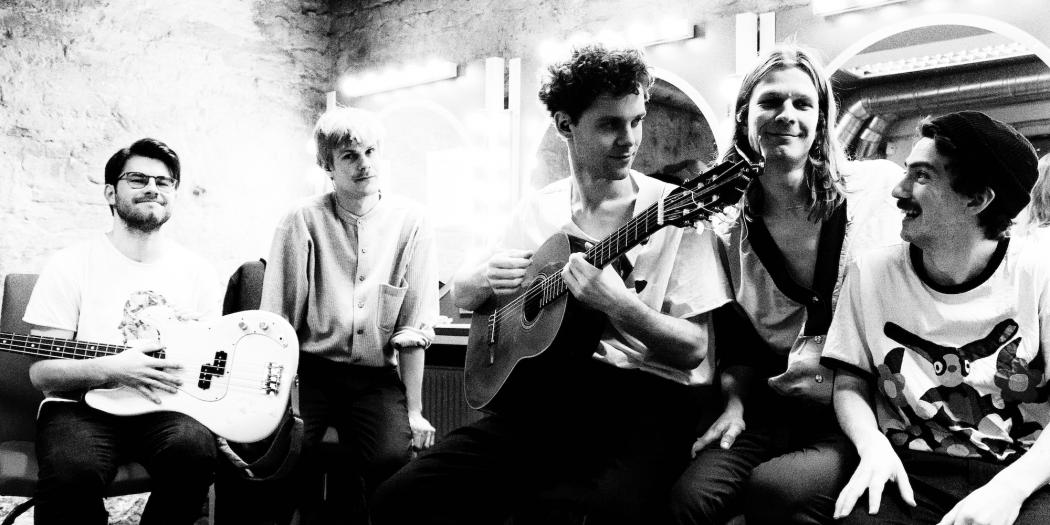 Spring has sprung in Lithuania; this means an even more intense event calendar. Here are some of the most exciting concerts scheduled for March in our city. Have a #kaunastic time!

Kabloonak is a tiny musician, living under your carpet or somewhere in the attic. He makes songs that fit perfectly into your pocket and keep you warm while listening. Kabloonak was born in 2016 when the drummer Jonas Narbutas put aside his drum sticks for a while and released his debut homemade album. In Kaunas, Jonas will perform with a full band, but he promises it’ll be as cosy as in his attic. 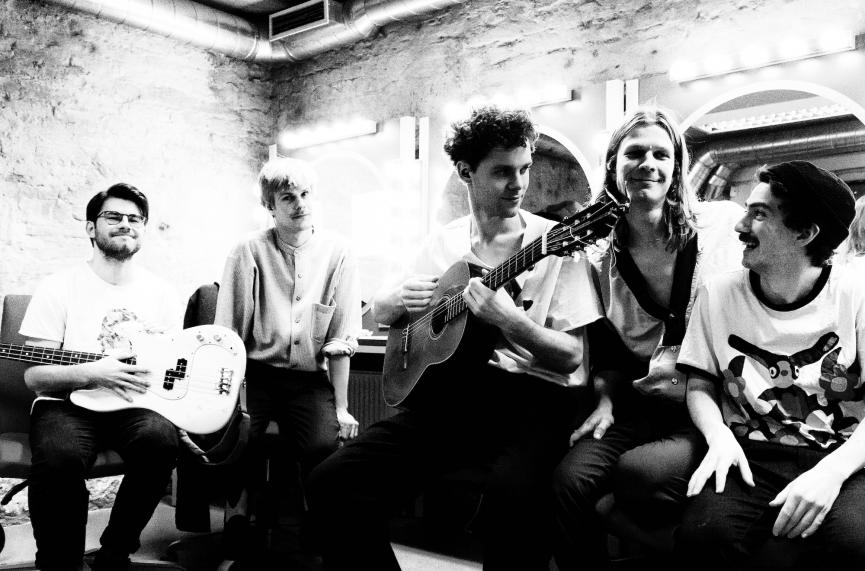 The kanklės is a Lithuanian plucked string instrument (chordophone) belonging to the Baltic box zither family known as the Baltic psaltery, along with the Latvian kokles, Estonian kannel, Finnish kantele, and Russian gusli. The fifth festival is focused on the contemporary expression of playing kanklės, as well as the instrument’s closest neighbours. Both folk artists and professional musicians are set to perform in the events. You can even learn how to play kanklės! 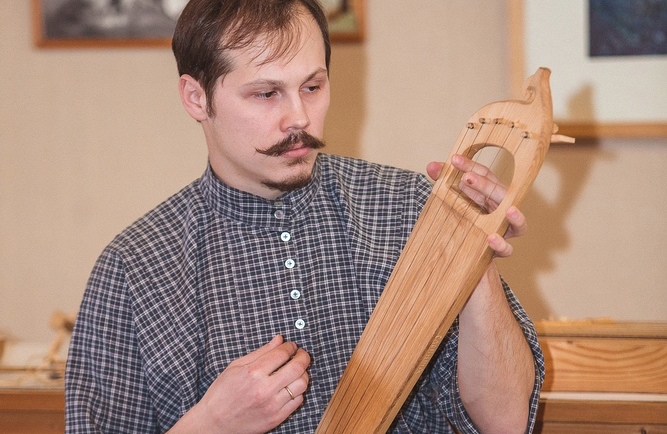 Anton Kamenskij will travel to Kaunas from Novgorod, Russia, with his instrument. Photo by Sergei Suftin

Songwriter, poet and musician Domantas Razauskas and multi-instrumentalist Saulius Petreikis first presented their unique programme with a string quartet in 2018. After a series of sold-out shows, the artists decided to release a vinyl record. It’s now time to celebrate the release.

The night before Lithuania’s second Independence Day will be dedicated for the club’s most devoted dancers. A local genius Mario Moretti will perform live, while a Berlin-based British DJ Palms Trax and a few more Lithuanians will provide their finest selections of electronic dance music. 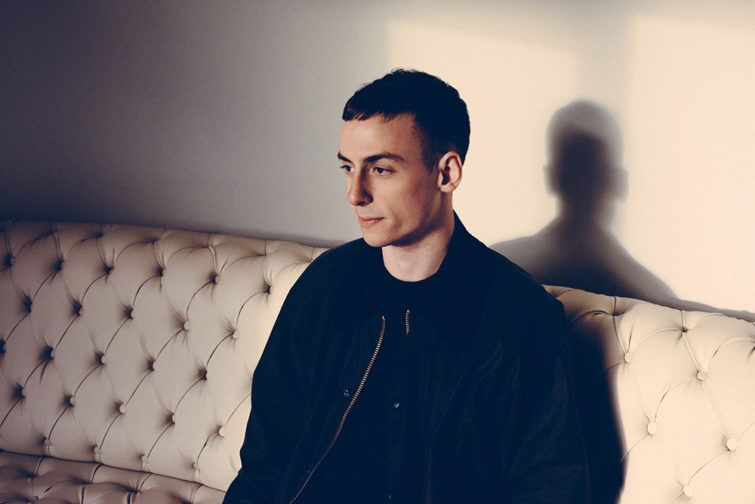 Photo from the archive of Palms Trax

Sisters Milda and Teresė Andrijauskaitės are both singers and musicians. They first started off as a duo; today, the experimental folk-influenced indie band also includes a bass player and a drummer. For this gig, the group is rehearsing new songs, as well as the audience’s favourites.

“jautì” is art/math rock band who released their debut EP “Gap Year” and had the first tour in Lithuania by in 2017. A debut album followed in 2019, and this February the band released some new music again. Time to play it in Kaunas.

Twenty-three years ago,  the friendship of Hordaland county in Norway and the city of Kaunas inspired the festival celebrating the legacy of the two most influential composers of both countries. The event invites you to discover the world of classical music and its correlation with contemporary music art.

Saulius Petreikis has a unique collection of musical instruments from all over the world and uses them to create and perform his own music. His newest album “Sekma ryta”, recorded together with vocalist  Vytautė Pupšytė, is based on Lithuanian folk music that used to be transferred from generation to generation. Hear it live in the concert, as well as some of the best pieces by Saulius and his “World Orchestra”.

The Welsh DJ and record producer is best known for his live events and electronic music as a solo artist, as well as his collaborations with British DJ John Digweed. While the golden years of progressive house might be already in the past, his talent hasn’t gone anywhere.

Returning for the ninth time, the festival is bringing together yet another approach. This year, the programme focuses on classical brass instruments and the music they perform, written by composers from Lithuania and abroad. The festival will kick off in VMU Great Aula; concerts will also be held in unexpected locations including Kaunas State Puppet Theatre.

“Of the Wand & the Moon” is a neofolk/experimental project of Danish musician Kim Larsen and various guest contributors. The band will be visiting Kaunas for the first time.

Inspired by The Boswell Sisters, The Andrews Sisters, The Dinning Sisters and the likes, The Ditties is the only professional vintage and retro jazz/swing vocal trio in Lithuania. 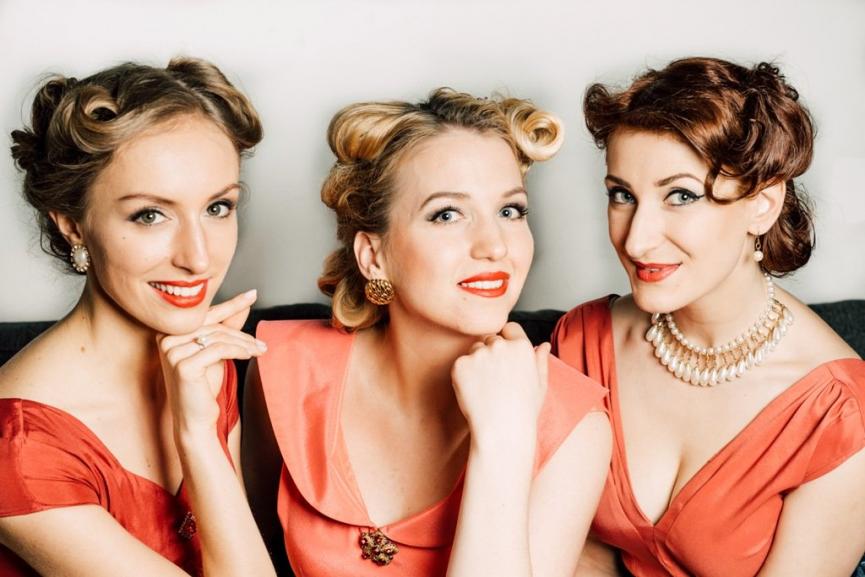 Photo from the archive of the band

Alina Orlova’s folk- and cabaret-tinged acoustic music might remind the listener of such diverse acts as CocoRosie, Cocteau Twins and Anthony and the Johnsons (all being her personal favourites), but it is really much more than just a sum of these influences – mainly because of Alina’s inimitable voice itself. Ten years ago, she released an album “Mutabor” that became cult classics. It has now been re-released as a vinyl record. Hear it live with special guests on stage.