'Modernism for the Future'. Architecture as Inspiration for Cinema, Dance, Music and Beyond

While becoming the European Capital of Culture is the most anticipated event in Kaunas, it's not the only one. The UNESCO World Heritage Commission now has to decide whether the modernist architecture will be included in the prestigious global list.

The acknowledgement would continue the list of international appreciations that already includes the European Heritage Label.

The step to UNESCO is a challenge not only for architecture and urbanism professionals but for every citizen of Kaunas and Kaunas district. This is where 'Modernism for the Future', one of the key programmes of Kaunas 2022, steps in. It aims to awaken the responsibility for our surroundings and create a solid emotional bond with the urban landscape and heritage.

How much modernism does Kaunas have?

During the Interwar Period, Kaunas and Kaunas District have become the epicentre of significant events in Lithuania and Europe. This period has left some 6000 buildings created in the modernist spirit.

These are not only buildings but also locations, ideas, authors, builders, and promoters. Their destinies, too. To have such a condensed heritage enriched by various individual stories and meanings is a great treasure. It is a living testament of history from the period of prosperity and modernisation that changed the everyday habits and coincided with significant changes in European and global cities, urban places and their residencies. Within a short period, modernism has become a dominating style of architecture. However, most of these buildings are in poor condition, forgotten, abandoned, or even empty today. 'Modernism for the Future', together with its extensive list of partners, aims to change this. 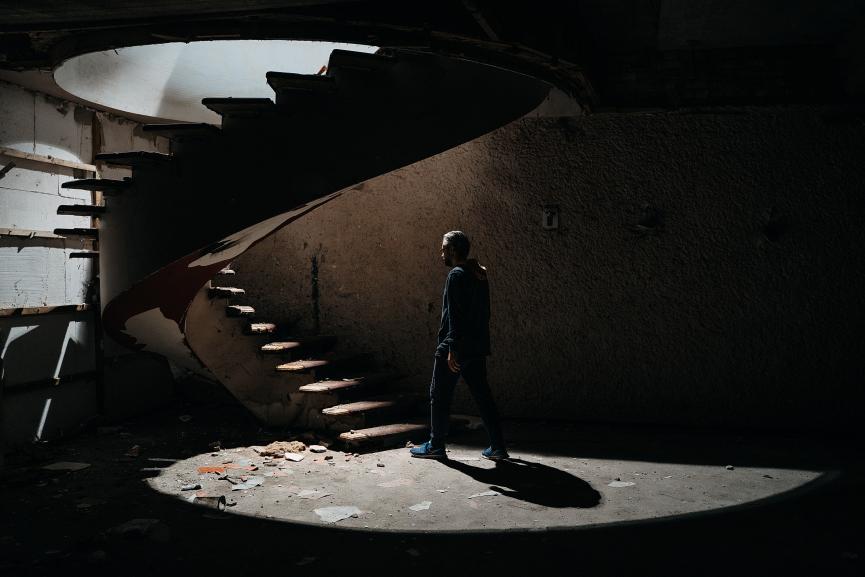 'Modernism for the Future' is an open space for initiatives and meetings, welcoming professionals from various fields, building owners, heritage community and representatives of cultural initiatives for discussions, idea workshops, art and culture, which together create the strategy for preservation, interpretation and dissemination of modernist heritage.

Symbolically, the program chose to creatively enable 360 buildings in 365 days next year. The number 360 symbolises all possible perspectives of modernism: cultural, political, economical and more, whereas the number 365 asks us to notice everyday heritage.

The project includes the heritage community gathered on a website, collecting and sharing knowledge about modernist objects, their residents, and events of Kaunas and other Lithuanian and European cities. Dissemination of good practice, creative workshops, educational activities, as well as calls for artistic interpretations of modernism and art projects in modernist spaces are all part of the programme of the project.

The first international 'Modernism for the Future' conference took part in Kaunas in 2018. Two international summer schools have already been organised in the framework of the program. The first one explored downtown Kaunas; the second one took the students to the Kačerginė resort in the Kaunas district. In 2021 and 2022, the school is organised by the Kaunas University of Technology.

A unique movie for international audiences

Probably the most unexpected idea of 'Modernism for the Future' is a film that will be premiered in international festivals. 'Pleats/Folds', directed by Irish artist Aideen Barry, tells the story of Kaunas modernism and its value for future generations with the help of stop motion animation. Students, volunteers, residents of modernist buildings, creative writing enthusiasts, dancers and even the Mythical Beast of Kaunas co-created the film.

'A video art project aimed at international audiences was considered already when preparing the bid for Kaunas 2022 – the initial idea was to include the local personalities in the story about the unique architecture of interwar Kaunas,' Viltė Migonytė-Petrulienė, the curator of 'Modernism of the Future', remembers. She explains that inviting Aideen Barry added ambition to the idea – the artist is known for paying a lot of attention to social topics, including local communities. The curator says, 'Pleats/Folds', a creative playground for the Kaunas and Kaunas district residents, is no exception. The filmmaking process included workshops of art as therapy, game and way of learning, while the result is as important as the path. It's a collective message to Europe and the world about the modernist Kaunas of the future, as well as its biggest treasure – the people that love the city. 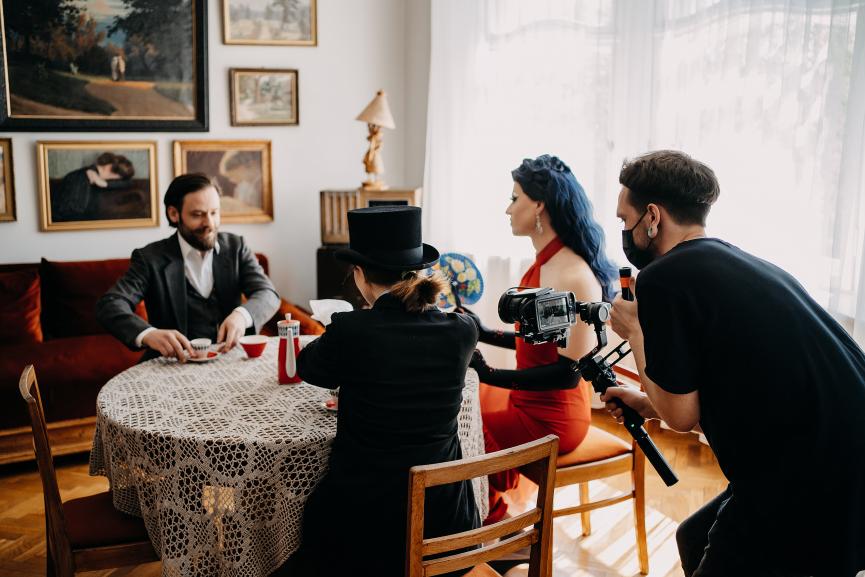 From electronic music to investigating shame

'Modernism for the Future' already has various collaborations with local and foreign partners lined up for 2022. 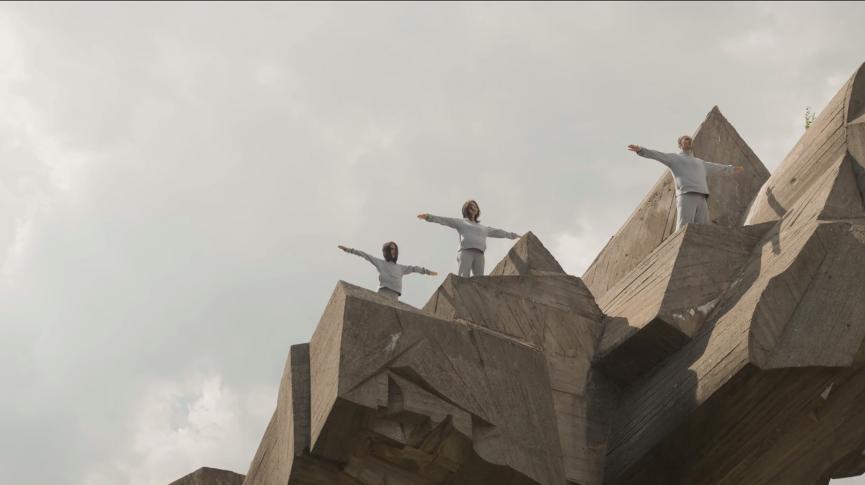 The unique projects will strengthen the narrative of Europe's modernist heritage and will seek to reflect its contemporary significance for the global society. The project's final result will be presented at the opening weekend of the European Capital of Culture 2022 exhibition in the Kaunas Central Post Office. The exhibition will run for four months.

In 2022, the Kaunas territorial division of the historical Lithuanian Artists' Association will be launching the 100 Images of Kaunas project: a series of creative works and curated art exhibits located in 40 public and residential spaces of Kaunas and Kaunas District, built during the Interwar period.

The Reciprocal Residency Programme DeMo (Decoding Modernity) is an exchange programme during which the residents will have the opportunity to analyse the developmental processes of modernity in various social and cultural contexts. DeMo, a three-year programme (2020-2022) of Kaunas Artists' House, together with the Londonderry Center for Contemporary Art, the thankyouforcoming residency program in Nice, the Culture Center LAB in Novi Sad, and other partners invites artists, curators, researchers of the cultural field, and multidisciplinary collectives to explore potential connections, overlaps and divergences between the different forms and expressions of modernity. 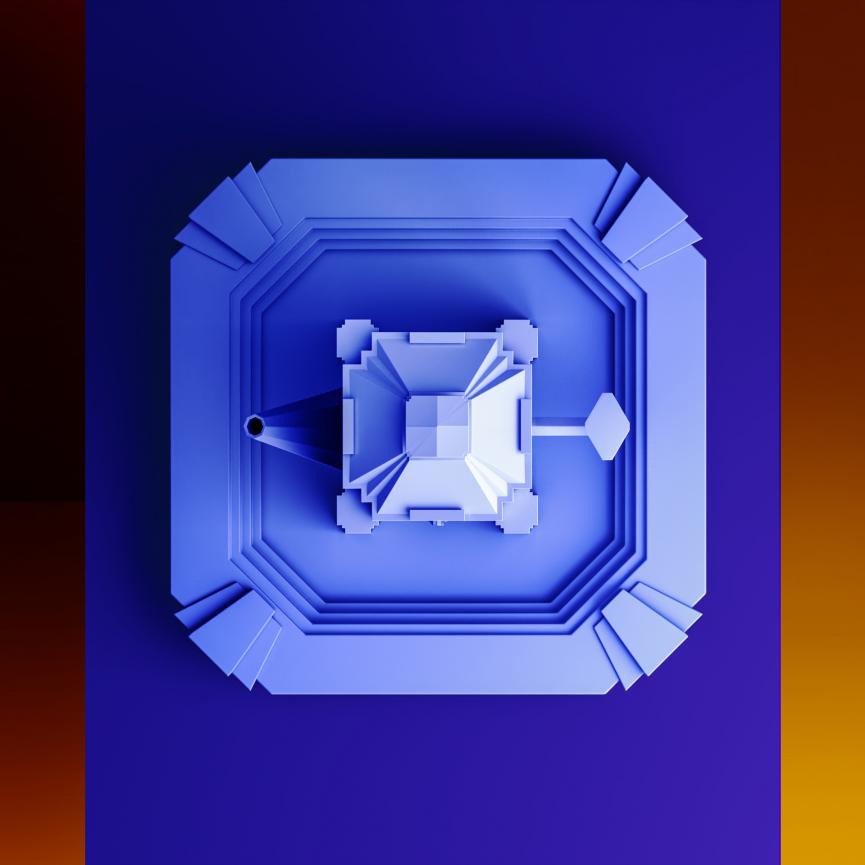 The Kaunas division of the Lithuanian Union of Architects will be launching three projects in 2022 to analyse and creatively retell the history of Kaunas architecture during the 20th century. The first project, [In]visible Architecture by Rasa Chmieliauskaitė, aims to engage people with visual impairments in learning about their architectural environments through the use of new tactile tools. The second project, Architecture of Desire by Tautvydas Urbelis, is a continuation of international partnership with the Architecture of Shame project in Matera, Italy, in 2019. There, the artists analysed the expression of shame in local architecture. In Kaunas, the author will be presenting a creative interpretation related to the expressions of desire in spaces of Kaunas City. Additionally, the award-winning architect Gintaras Balčytis and his team will present an exciting program of Kaunas Architecture Festival that will include exhibitions, workshops and a forum.

Good Music Live (Gera Muzika Gyvai in Lithuanian) aims to acquaint the Lithuanian audience with world music – a genre of music that embraces both modernity and traditionality by merging deeply-rooted traditions with the feelings and experiences of a modern person. In 2022, Good Music Live will be presenting the music programme World Music for Kaunas – a series of events in modernist buildings of Kaunas and Kaunas District, with concerts taking place all year round in apartments, public facilities and spaces built during the Interwar period. 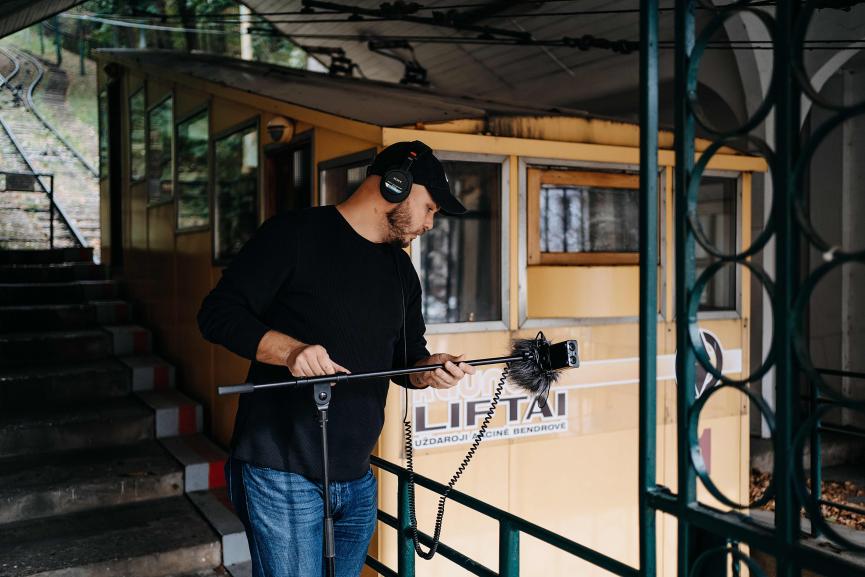 Digital Tsunami, a platform for underground music, is organising a festival called Optimismo. It will celebrate modern electronic music and architecture, employing contemporary experimental music to reveal the relevance and value of modernist heritage and architecture in Kaunas. In 2022, Digital Tsunami will enrich the city's numerous spaces with a symbiosis of music and contemporary technological solutions.

Kaunas Dance Theatre AURA is the very first theatre of modern dance in Lithuania. Its project Pulsating Modernism of Kaunas by AURA includes a series of interactive guided excursions accompanied by live performances. Set to be initiated in 2022, the programme will provide the opportunity to get to know the modernism of Kaunas from a different point of view. 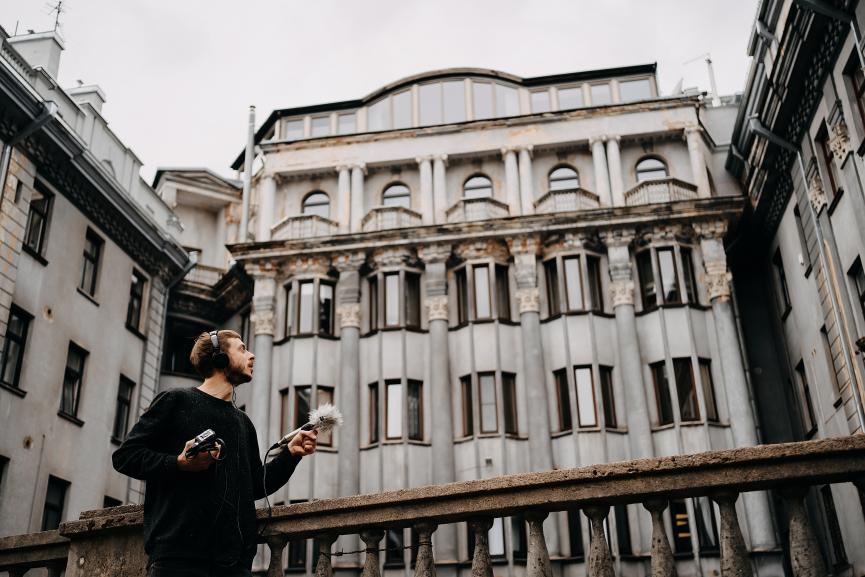 Kaunas Photography Gallery is currently organising a programme of residencies Photography – A Document for the Future, which will provide the opportunity to analyse and represent the modernism of Kaunas in an international context. The project will be welcoming residents from Germany, Scotland, the Netherlands and more to present their interpretations of Kaunas modernism.

The National M. K. Čiurlionis Museum of Art, known as the crown jewel of Kaunas modernism, also has several departments in other historical buildings of Kaunas, namely houses and apartments of interwar celebrities. The A. and P. Galaunė House-museum has already opened an exhibition, 'Arno Funk[tionalism]', dedicated to one of the busiest architects of the golden era of Kaunas.

'Modernism for the Future' is just one of many programmes of Kaunas 2022 that help Kaunas and Kaunas district to become a contemporary capital and one big European stage. In 2022, it will be a city where you cannot escape culture.

Information and photos by Kaunas 2022.