Conchi Martínez from Barcelona spent two weeks in Kaunas as a resident of Kaunas Photo festival. She came up with much more than just a photo series! 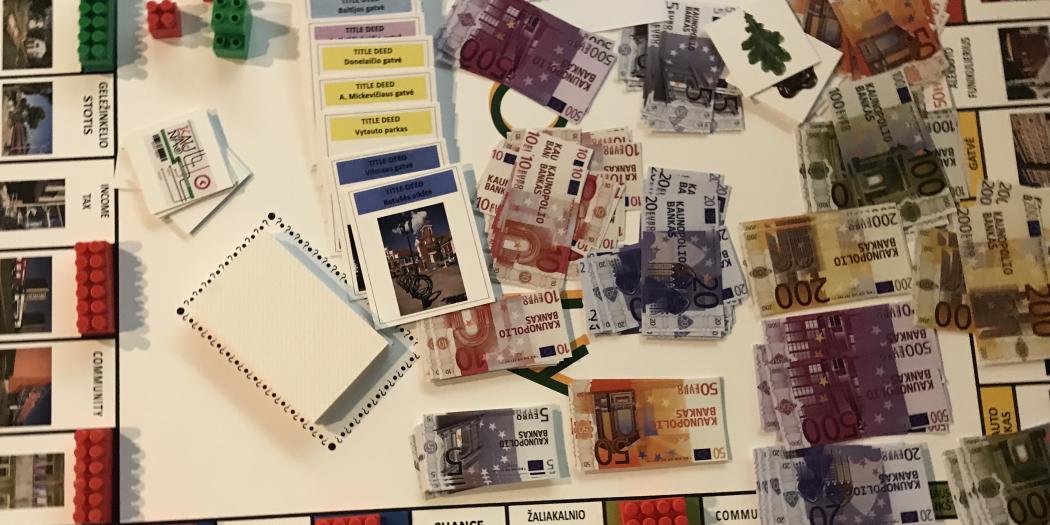 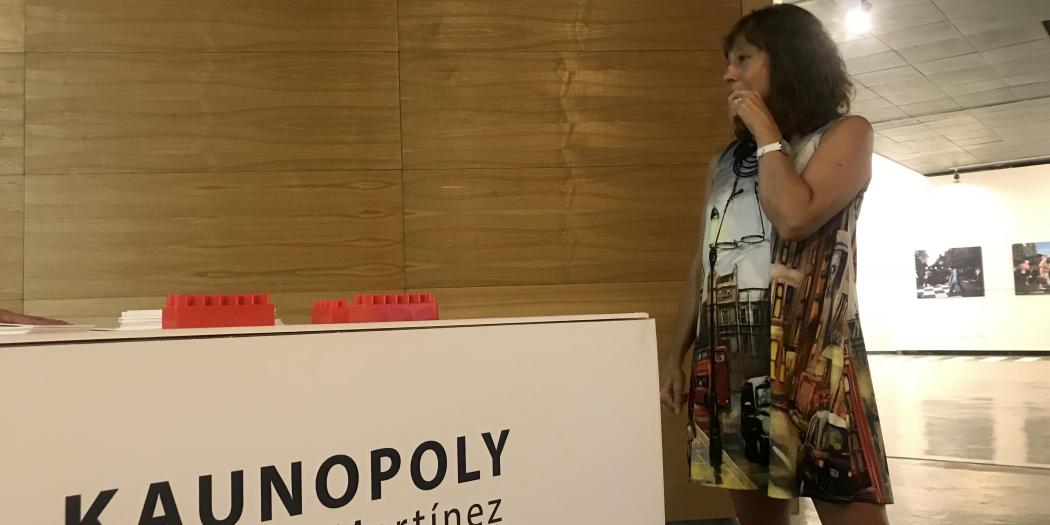 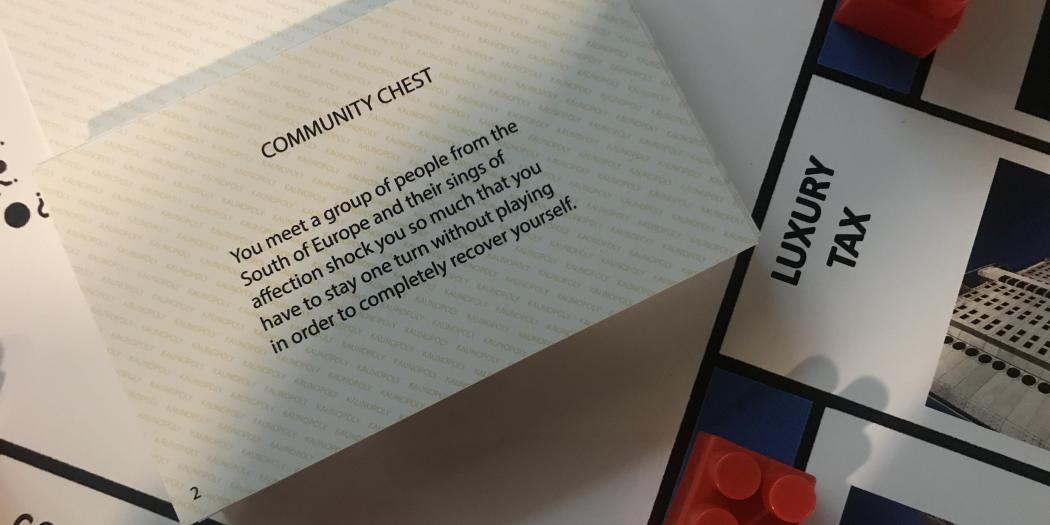 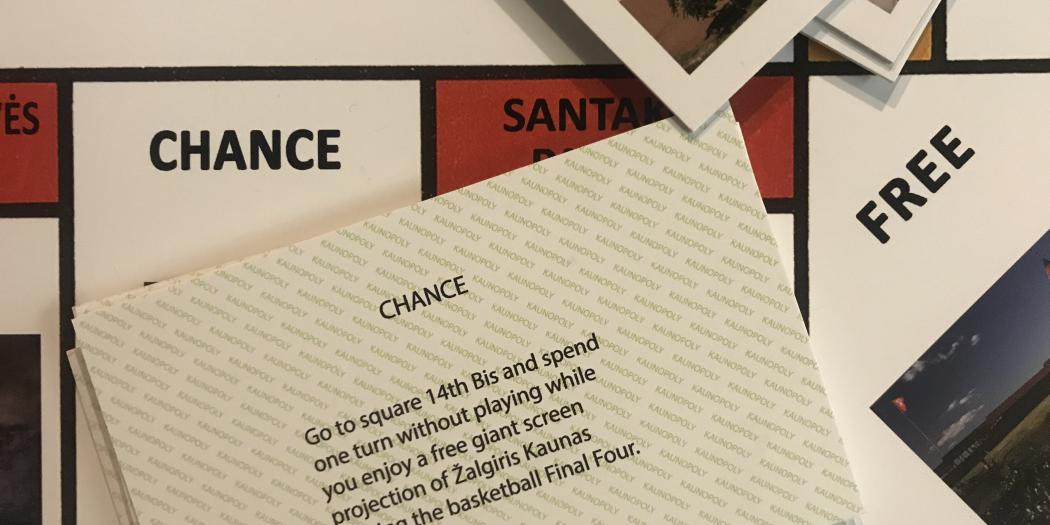 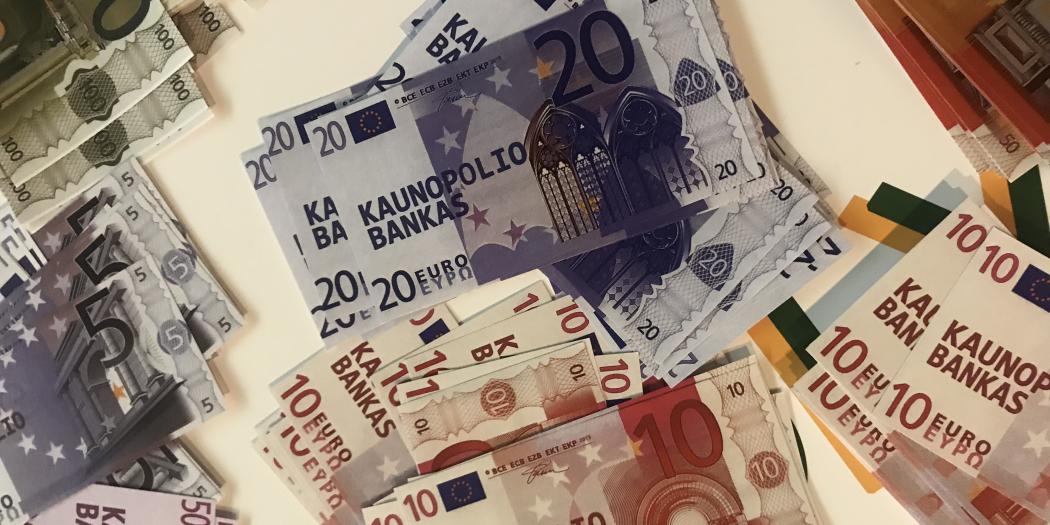 [Update - Kaunopoly is back on track! You're welcome to play it at the Lithuanian Education History Museum (Vytauto pr. 52) before January 31, 2018]

Everyone knows Monopoly, an enthralling board game including piles of cash, property trading, jail, free parking and dice. What about Kaunopoly? There’s no need to think – a game called Kaunopoly already exists. It’s a project by a Spanish photo artist Conchi Martínez, and it’s waiting for you at the M. Žilinskas Art Gallery.

Martinez spent a couple of weeks in Kaunas earlier this year as a resident of Kaunas Photo festival. She was invited to the residency after Mindaugas Kavaliauskas, head of Kaunas Photo, checked out her project Barcepoly that the artist provided for the festival’s open call. “You should make a Kaunas version of the game”, he insisted, even though it took some time to convince Martinez. After all, she’s spent many years in Barcelona and knows the city by heart, and it’s quite a challenge to thoroughly scan an entirely new location. 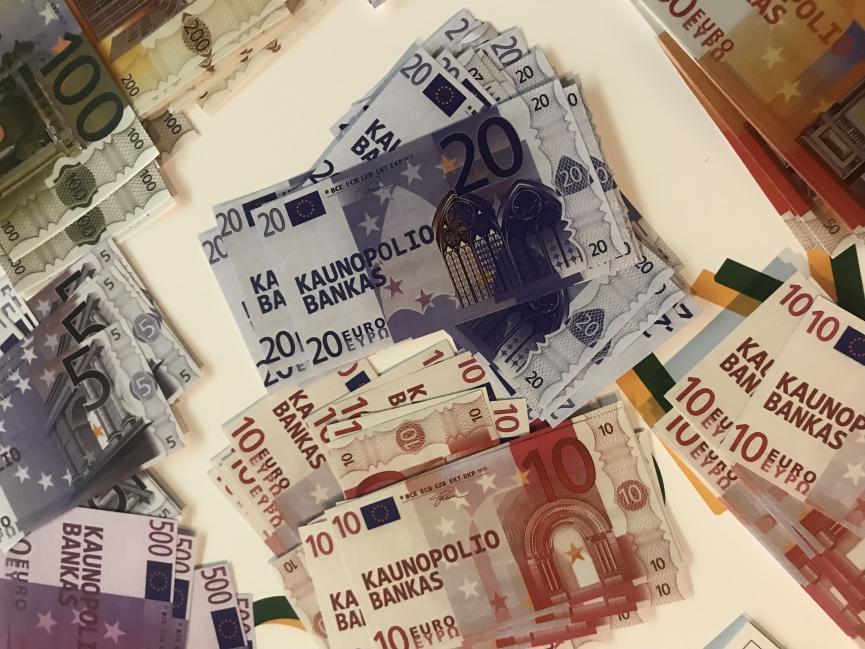 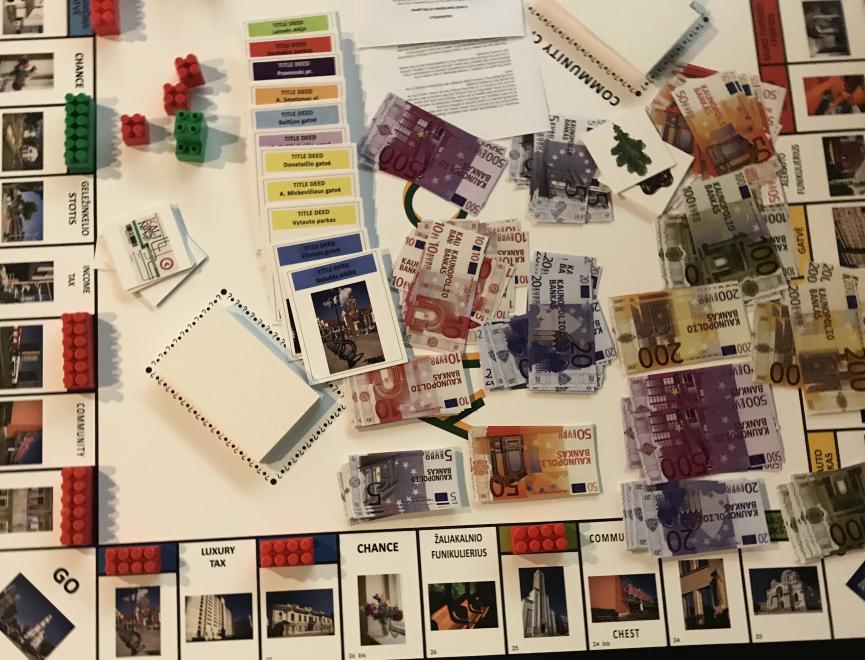 But, as you can see, she succeeded. With the help of the staff and friends of Kaunas Photo, of course, including dedicated Kaunas natives and curious expats. It was Martinez who the most important part of the work – that is, travelled to the neighbourhoods of Kaunas, explored them (by foot!) and took pictures of the objects that would end up in the game. She even wrote up the Community Chest cards!

“Some of the events described in the cards actually happened to me during the residency”, laughed Martinez during her artist talk in the M. Žilinskas Art Gallery, at the same time dividing the Kaunopoly euros among the first players of the game. 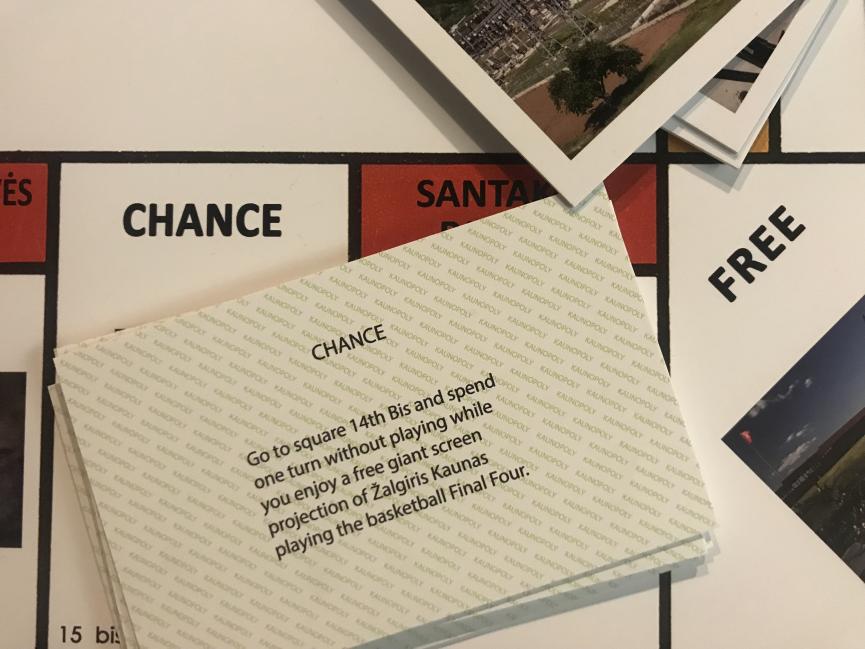 You’re welcome to play Kaunopoly at the M. Žilinskas gallery of art – this is where a handful of this year’s exhibitions are on display, including “Home Sweet Home” and “Comfort Zone”. The game will be there as long as the exhibitions – until October 13th. There’s a gossip flying around that Kaunopoly might be purchased by one of the museums, and we do hope the artist and the festival are already contemplating smaller hand baggage-friendly versions that would make perfect kaunastic gifts. 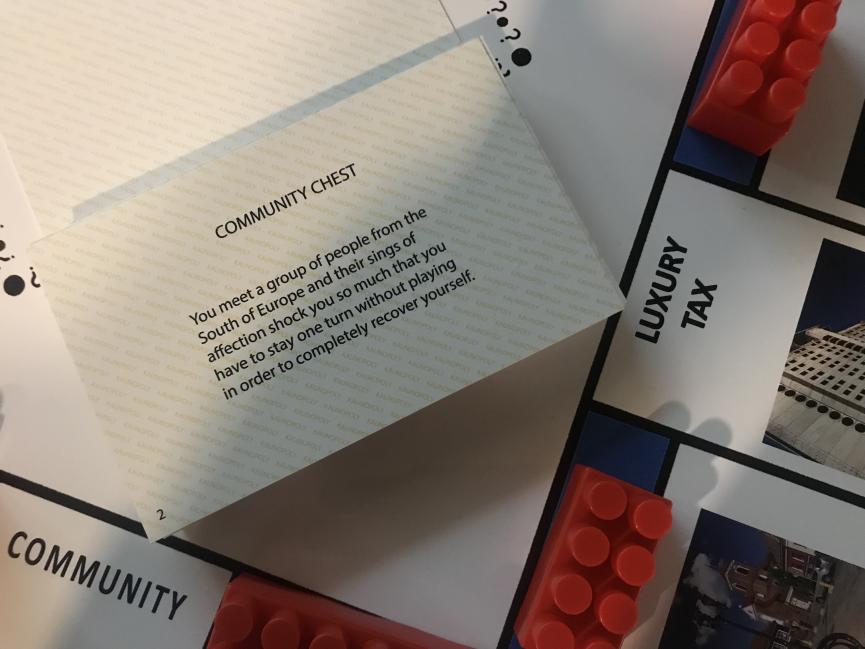 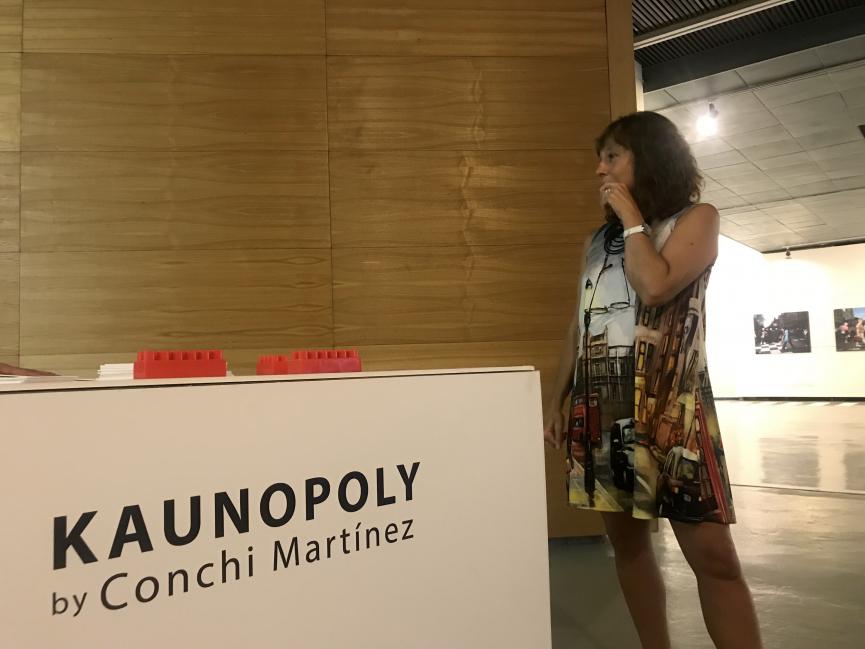 For more exhibitions, locations, artist talks and projection nights, see the full programme of “Kaunas Photo” at the festival’s website.