Pulse: A Project to Enliven the Kaunas Ninth Fort Monument

The act by Alexandra Pirici is choreographed for a group of up to 50 performers and will take place in the open-air area of ​​the monument to the victims of Nazism of Kaunas Ninth Fort. 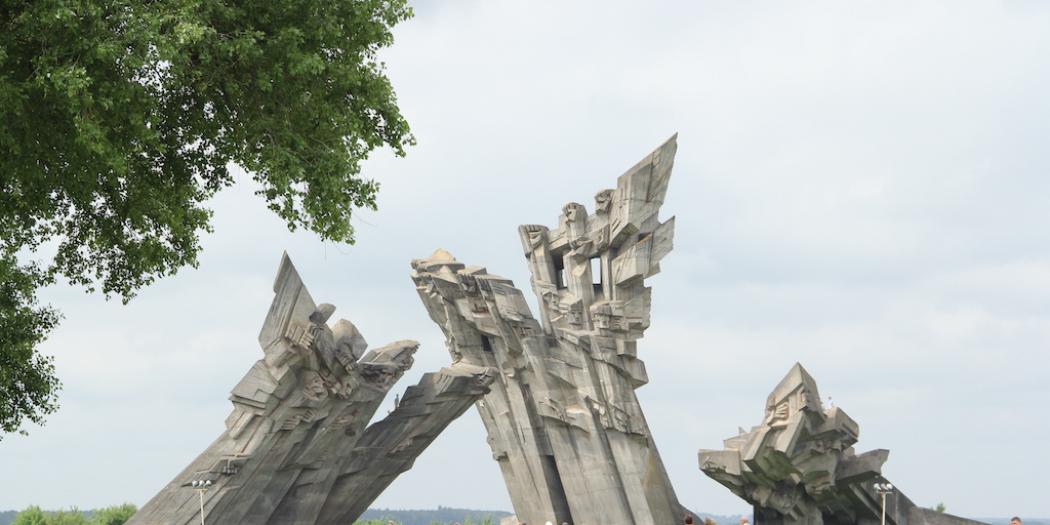 On October 3–4, from 3 to 5 pm, Kaunas Artists’ House, Kaunas Ninth Fort Museum and project space Swallow invite you to the choreographic project Pulse directed by Romanian artist Alexandra Pirici. The project is dedicated to the enlivenment of the monument to the victims of Nazism of Kaunas Ninth Fort created by sculptor Alfonsas Vincentas Ambraziūnas (1933-2020). The act is choreographed for a group of up to 50 performers and will take place in the open-air area of ​​the monument.

Alexandra Pirici quite often uses the idea of sculpture that is moving and alive in her practice, exploring the relationship of the sculptural object and subject. Choreographing a larger group of performers, this time she proposed to enliven the sculptural concrete Kaunas Ninth Fort Monument.

Looking at the monument one could imagine the scale of tragedy and horror that it recalls, comments Romanian artist Alexandra Pirici. Touching it or interfering with it seems a matter of great care and precaution. Would there be a way in which a moving, sculptural addition of life presence and living bodies could support the monument in its anti-Nazi task? 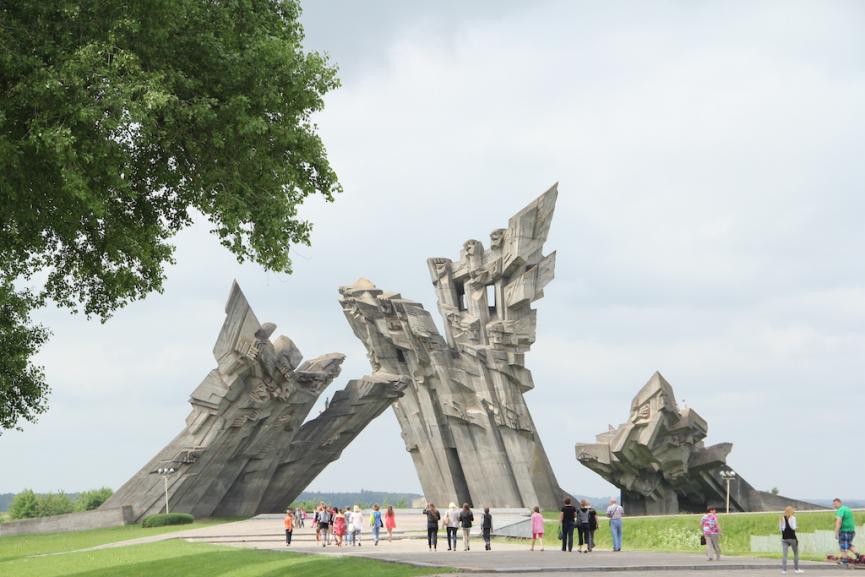 In the reinforced concrete structures one is able to see deconstructed human bodies, and coming closer reveals prints of wooden planks that were used to shape them. The texture of the structures, rings of trees in the casts of planks slightly overgrown with moss, the surrounding meadows, the fort buildings, apple orchards, clouds rapidly crossing the skies above the surrounding Kaunas suburbs - the monument is incorporated into a very active and multilayered panorama. In order to fully perceive it, one has to move around the monument, and this journey is a very bodily and spatial experience. Accordingly, the enlivenment as proposed by Pirici echoes this experience of slow movement around, also involving sound, as if the choreography was a slowly unfolding, moving vine or an epiphytic plant made of bodies, slowly and steadily enveloping the monument and pulsing in an abstract circle that may remind of a hora - a linked circle dance, sometimes considered Jewish but also popular in the Balkans and other Eastern European countries.

Alexandra Pirici works in the contexts of museums, theatrical frameworks and public space. She choreographs ongoing actions, performative monuments and performative environments that fuse dance, sculpture, spoken word and music. Her works deal with monumentality and the history of specific places and institutions in order to playfully tackle and transform existing hierarchies. They also reflect on the history and function of gestures in art and popular culture as well as questions about the body, its presence, absence or image and the politics of capture.

More information about the project

Article and photo provided by the organisers